Gold has been utilised for millennia for several purposes. It has a lovely, bright look and is often said to be lucky. Gold is used in religious events, as well as for ornamentation and asset preservation.

But, when it comes to it being an investment choice, have you ever questioned if gold is all it’s cracked up to be?

Excluding Gold’s religious and auspicious elements, a new competitor to it as an asset class has developed fast in the last ten years in the shape of Bitcoin, or the digital gold of the twenty-first century. Read here to see if this cryptocurrency may be the new gold, which you should purchase to support your future during the festival season.

Gold and Bitcoin: Are both the Same?

Both Gold and Bitcoin, according to Prof Purushottam Anand, Assistant Professor, IFIM Law School, are distinct in nature and utility.

“Gold has long been a store of value and a medium of trade.” Cryptocurrencies are a relatively newer asset class, having only existed for a decade. Though many crypto enthusiasts compare some of the most popular cryptocurrencies, like Bitcoin, to gold, Prof. Anand argues that “cryptocurrencies differ in their nature, utility, and technology involved.”

Other experts, on the other hand, believe that Bitcoin is heavily influenced by Gold and, in many respects, outperforms it. However, scepticism and a lack of clarity on behalf of the government are deterring several people.

Kashif Raza, the person who stared Bitinning, feels that gold deserves all of the praise it has got as an asset class thus far. However, Bitcoin is the way of the future.

According to Raza, the main characteristics that have made Gold a globally accepted store of value for centuries are its uniqueness, preciousness, and scarcity. Bitcoin, despite its youth, exhibits all of these characteristics and, in many ways, outperforms gold.

“The using gold paved a way for commerce. Gold is deserving of all the praise it has gone far.” Raza adds.

However, Bitcoin has offered access to a digital commodity that can be tenfold more lucrative than Gold in the long term for the new generation, which conducts transactions electronically and is less tied to the concept of tangibility, he says.

Gold has long been favoured, making it the go-to asset for festivals. Bitcoin, on the other hand, is swiftly refuting all of these claims. Take a look at this: 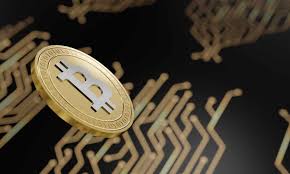 According to Raza, gold is unusual in that its supplies does not rise in tandem with demand. However, raising the Bitcoin supply is impossible.

“We’ve heard for years that gold supplies will run out in future. In reality, though, the supply has increased, but not as its demand. There are countless undiscovered gold sources, and we have no idea how much gold is still to be unearthed. However, for Bitcoin, the last of it will be mined by 2141. He believes that just 2.2 million bitcoins will be there even after 18.8 million have been mined.

Bitcoin is unusual, according to Manoj Dalmia, Founder and Director of Proassetz Exchange. It cannot be generated at will since there are only 21 million of them and no one can make more. Implying that it can’t be controlled or faked by governments.

When it comes to gold, no one will be able to produce enough gold to meet demand. According to Dalmia, the scarcity of gold varies depending on how much effort is put into finding it.

“Bitcoin has been given the label of digital gold because of the restricted number of coins accessible,” explains Nischal Shetty, founder of WazirX. HOLDERS think that these characteristics, along with its availability and high liquidity, make it suitable for keeping money for extended periods, with the expectation of its value would rise with time.”

Shetty points out the parallels between Bitcoin and gold must be distinguished.

2. tangibility and adaptability are important.

It is only through seeing that one can believe. Gold is a physical asset. It’s small enough to hold in your hand and store at home or in a bank locker.

Anything to do with bitcoin, on the other hand, is virtual. So, how can one believe in virtual reality? Something that doesn’t have a physical form and can’t be felt… The debate continues.

Raza, on the other hand, holds a different opinion. He claims that things have changed. We no longer deal with money, in the manner as we did only a few years ago.

“This generation has shifted to digital payment methods and does not prefer transactions in cash,” says the author. It’s convenient to use for online and mobile transactions. “The tangibility argument doesn’t make much sense for such a generation,” he argues.

“Gold is not a dynamic investment; one can’t move it much over in an emergency, nor can it be sold in increments.” “Instead, one could trade Bitcoins in very tiny percentages on a smartphone in a moment,” he explained.

When compared to Bitcoin, Raza believes Gold has disappointed. Cryptocurrency has provided an annual return of roughly 230 per cent!

“Bitcoin has become the numero uno asset, dislodging gold from its pinnacle,” Sharat Chandra, Blockchain and Emerging Tech Evangelist agree. With an annualised return of 230 per cent, it is the best-performing asset class of the decade. Bitcoin has become a rival to gold and is thus dubbed ‘Digital Gold’ by bitcoin maximalists and crypto fans in the world.”

It’s not only Bitcoin that’s volatile. Even Gold, according to experts, has had its ups and downs.

“One might debate about bitcoin’s price fluctuations, but let’s not forget that gold saw its fair share of volatility before maturing as an institutional asset.” “Because bitcoin is a relatively new asset class, volatility will be decreased as the market matures and more institutional players enter,” Chandra adds.

A piece of gold can be faked, so it must be checked for purity. No one, on the other hand, needs to verify Bitcoin for purity.

As per Chandra, cryptocurrency may aid in the hedging of portfolio risks, making it comparable to gold in terms of mitigating inflation concerns. ” Today’s Generation isn’t interested in physical or paper gold. They may devote cash to crypto because of the profits it has provided,” he argues.

According to Dalmia, investors see bitcoin as digital gold and a hedge against inflation, anticipating it to grow faster than the current inflation rate over time. ” The same may be said for Gold, notwithstanding its current low performance.” 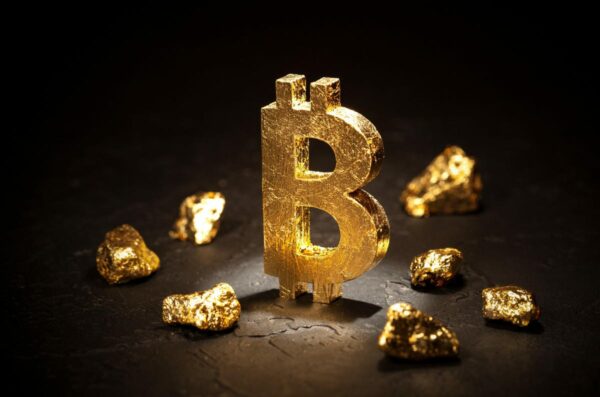 Should you put money into Bitcoin?

Investing in gold has always felt safe. That you may sell your gold at a better price. Prof. Anand, on the other hand, feels that Bitcoin and other cryptos may not be able to fulfil this role in India shortly.

“Investing in gold provides a sense of security owing to price consistency. With cryptocurrencies, price volatility is higher, making it impossible to forecast price movements, particularly in the near term. Though long-term investors have been able to sell their cryptocurrencies at a higher price, they may have to wait for the market to recover from a short-term slump before they can record profits. As a result, he argues, “crypto is unlikely to serve this role in the future.”

“Gold has a unique place in our culture and has historically and culturally been linked with celebrations. Because of its tactile form and aesthetic value, investors like gold at festivals. Crypto may be a “better investment for higher returns,” but gold is a “safer investment,” according to Prof. Anand.

However, analysts feel that the value of Bitcoin will continue to rise in the long term.

According to Raza, Bitcoin is a long-term investment choice.

” We can hold gold for quite a prolonged period if we buy gold.” Several individuals only sell gold for the last option or in periods of intense distress. Bitcoin may be used to make money if invested in for a long time.”

Bitcoin, according to analysts, is already the digital gold of the twenty-first century. They, however, highlight the need for awareness and prudence.

“Bitcoin is already digitized gold for me for years,” says Kumar Gaurav, Founder & CEO of Cashaa. People must grasp the fundamentals of Crypto to make a head-to-head comparison and should go beyond price speculation,” says the author.

Crypto giving, according to Gaurav Dahake, Founder & CEO of Bitbns, is gaining traction. “While gold has returned 12-14 per cent on average, Bitcoin has outperformed all other traditional assets by a large margin and offers a highly appealing investment option in the long run,” he argues. 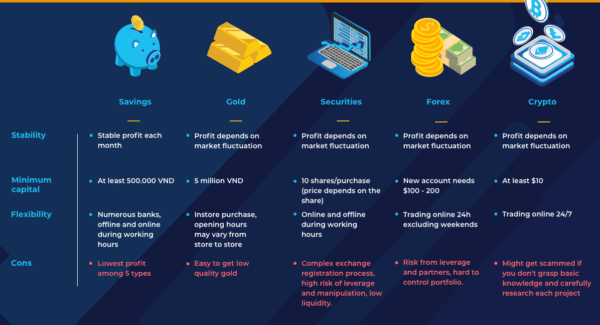 How much money must one spend?

There is still a long way to go in terms of regulatory certainty for Bitcoin and other cryptocurrencies. Experts recommend maintaining a well-balanced financial portfolio when it comes to personal money. Even while investing in cryptocurrency, maintain a sense of balance.

Though there is no restriction on how much money may be invested in Bitcoin. Experts advise against investing all of your savings or emergency money in Bitcoin.

“Crypto investments should not be more than 5% of your whole portfolio.” Before investing in cryptocurrencies, follow the principles of investing and do research,” Chandra advises.

According to Prof. Anand, gold and cryptocurrencies serve distinct purposes, and an investor should carefully diversify his or her investment portfolio based on his or her risk tolerance. Before making such selections, get advice from financial advisers.