Labour market: India has been on a very strange crossroads in economic senses ever since the pandemic dawned upon us. We’ve been consistently struggling to recover from the loss of income that the pandemic led us in, even though the loss of life was much greater, which, however, is impossible to retrieve.

Nonetheless, our struggle in the recovery of the economy isn’t working too well either, for the traditional revival attempts aren’t working out as big of a success as we would usually prefer them to.

This inability of the traditional economic tools to completely exploit their potential is primarily because of a fundamental shift that has been observed in the behaviour of the people, and well, Indian public policy is completely devoid of any such notion of change.

We have explicitly seen how people’s behaviour has changed towards consumption choice between the current and future period, with precautionary motives to save clouding their choices towards the latter and away from the former. This is empirically proven through the private final consumption expenditure released by the Ministry of Statistics and Programme Implementation for the first quarter of fiscal year’ 22.

Recent data released by the Centre for Monitoring Indian Economy and the Periodic Labour force Survey released by the National Statistical Office show a downward trend in the labour force participation rate of the country, with a greater than the average deviation in some specific sections of the working population, namely the youth and urban women.

Even though India’s labour force participation rate has been on a decline for quite some time now, the data presents an absurd shift in participation, with increased quitting and less incentivized participation.

As is understood from past recessions, labour force participation has the likelihood to fall during the period. However, this time, the fall was different in two primary senses-

First, the magnitude was considerably large both during the lockdown and in the post-lockdown phases, which is atypical of usual recession records. 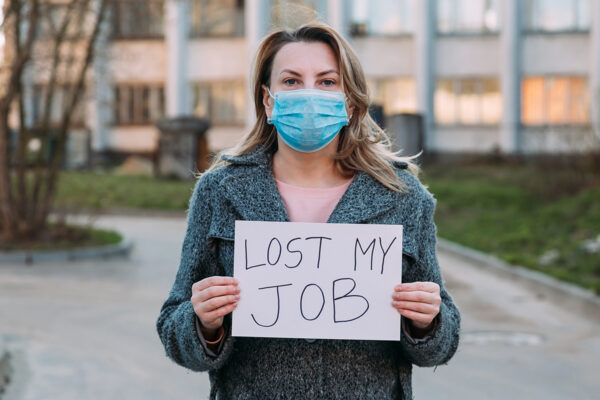 Second, the reduction in the labour force has been relatively skewed in different segments-

1.In the demographic comparison, labour force participation has fallen more for the younger population.

2.In a gender-based comparison, the fall in women’s labour force participation has been much higher than that of men. As per a report by the economist, women have typically been the first in India to lose their jobs and last to re-gain them.

3.In a regional comparison, urban labour force participation has dropped significantly more than that in rural areas. 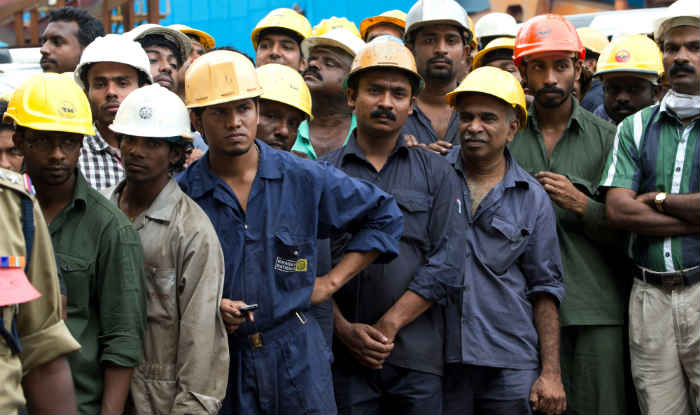 The behavioural shift in labour markets-

There has been a global addition of 81 million people outside the labour force. Of these people, India also contributed a significant percentage, as is witnessed by a 46.3 per cent participation in 2020 as opposed to the average 57.5 per cent.

The primary basis for the significant fall in labour force participation rate in the urban areas regionally, and younger people demographically, can be attributed to a fundamental shift in the behavioural approach of labour markets.

Labour force participation is a measure of the willingness of the eligible (working age) population to partake in the labour market, and thus, lower participation is a reflection of a lower inclination towards the job market. The following notions explain this changed tendency-

1. The primary reason for young participants in the job market is job security in terms of employment and income. (ILO, 2020) The pandemic, however, took away just that. As can be seen from the preceding section about layoffs, firms have engaged in ruthless firing, and the younger population has been a significant recipient of it.

Not only that, there have been large salary cuts (globally, USD 3.7 trillion declines in labour income), unpaid leave periods, and absent social benefits, discouraging people to participate in jobs, especially in those who could afford to do it. Therefore, the trend of quitting and/or withdrawing from the labour market has been more prevalent in the younger population.

2. As per the MCA database, the number of new company registrations has hit a record high in India during the pandemic period, with more than 16,000 registrations in July 2020 and 17,324 in March 2021, with the number remaining consistently high throughout the period.

This is evident of the radical shift in the entrepreneurial spirit of the country, more predominant in urban regions. A significant proportion of people are shifting out of jobs and into the startup ecosystem, and the urban population has a much more significant role to play in it.

3. The remote working environment during the pandemic has had a tremendous impact on people’s perspective towards jobs, for this phenomenon was once referred to as not possible in the current situation.

In developed countries, this perspective shift has resulted in “the great resignation,” with a large number of people quitting jobs due to the simple realization of unbearably high workload and pressures, forcing them to re-assess their choices. Even though the scale of resignations has been relatively less in India, it still is a significant driver for reduced labour force participation in the country.

The impact of the trembling labour market has been felt much more strongly on the women participants than their male counterparts in the labour force. Even though this trend has been carried globally, as per the ILO 2020 report, India’s situation stands out in one of the extremes, as follows-

Even of this disappointingly low participation, however, more than 17 per cent of women have been unable to find jobs, in comparison to the 10.9 per cent men seeking jobs. This shows that not only women are reluctant to find jobs, but employers are also relatively biased in hiring too. By December 2020, India had the widest gender gap amongst all G-20 countries. 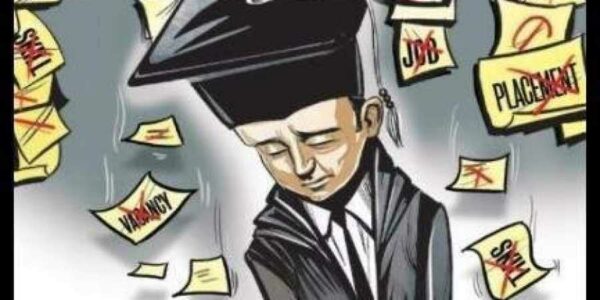 1.According to 2014 OWID data, India’s female-to-male ratio of time devoted to unpaid care work stands at 9.83, the third-highest in the world. Correspondingly, the pandemic left women to manage paid work with additional unpaid domestic work, both being full-time responsibilities.

Therefore, a large proportion of women had to cut back on their willingness to participate in the labour market, to make time for their requirement in domestic care-taking settings.

A study conducted by Kabeer and Deshpande in West Bengal reports that 73.5 per cent of the women who are currently not working, due to domestic and caregiving commitments, would be interested in taking up job opportunities. The statistics for this phenomenon have been the highest in India, the home to 17 per cent of the world’s total population.

2.There has been a steep observation of gendered bias in firm layoffs, as well as hiring, as supported by the ILO 2020 and CMIE data. This means that not only have women been amongst the first to let go, but amongst the last ones to get re-hired too.

This means that the problem is not merely from the supply-side, but also the high unmet demand. All these factors contribute to discouraging women from participating in the labour markets, especially in the organised sector.

Introduction and implementation of labour-centric policies: One primary reason that people are willing to do jobs, especially in the younger population and urban section is job security. The layoffs and salary cuts induced in the pandemic proved that security was no longer an advantage of jobs, and neither were the fixed hours once they were forced to work for 12 hours with reduced salaries.

Introduction and stringent implementation of labour-centric policies that restrict firms from cutting a fixed proportion of salaries during contingencies, or from firing more than a fixed proportion of people, could help get that sense of security back. Getting people to want to look for work is the first step and a rather critical one in the country’s labour-intensive endowment.

While it is imperative for the government to give social security benefits to those who are unable to land jobs, like unemployment insurance and social security benefits, incentivizing participation becomes equally important at a time when there’s less will to work. For the informal sector, increasing the minimum daily wage and ensuring its stringent upkeep could help improve participation. In the formal sector, participation can be incentivized through the formation of some benefit scheme for salaried employees.

2.Introduction of jobs in the female-dominated industries:

This can be achieved through the addition of more jobs in female-dominated industries like teaching professionals, legal, social and cultural professionals, IT experts, and others as per the information provided by ILO stat.

The government can also provide benefits to households with female workers. This could act as an incentive for families to divide domestic responsibility, so the women that are willing to work but are unable to due to domestic commitments can seek work.