Given the economic stagnation that has been inflicted by the Covid pandemic, it is quite true to state that the government is having a hard time keeping up with the revenue collection. With lockdown, increased economic expenses, unemployment etc. in the economy, the GST collection of states have plummeted, so much so, that it has taken a political angle rather than an economical one. Additionally, it is no news that consumer and producers’ sentiments, this time around , are at an all-time low. Thus, it won’t be an understatement to maintain that active government intervention is required to revive the economy.

It is to be noted that India’s revival in the previous fiscal was witnessed due to pent up demand and festive season in India. But given the current gloom scenario of high possibility of third wave, demand in the economy is subdued. Additionally, the economy at the moment will not experience pent up demand as partial lockdowns were placed in the economy, unlike last year, when complete lockdown for 4 months straight was implemented in the economy. Lastly, India is not set witness a festive season, that might push demand, until October. Hence, government’s intervention to revive investors’ and consumers’ demand is necessary.

But this gives rise to an inquisitive, pertinent question, that how will government meet expenses of its robust growth plan when its revenue collection is plummeting and is not enough to cover the cost. It is to be noted that if the government had revealed a growth-oriented budget, it had also unveiled ways to finance such goals. Government in its budget had announced the sale of the government stake in public sector undertaking (PSU) banks a life insurance company, whose sale now is in jeopardy. It has been reported that the ambitious sale of government’s share in various PSUs have been postponed till next financial year, i.e. financial year 2021-22.

But why has the divestment programme been differed? According to the reports, the ambitious disinvestment programme has been deferred as the Centre certainly requires more time to seek an affirmative response from the Parliament. The nod from the parliament has to come on changes that would be made in the law that would clear the privatization process of the selected state-run banks.

It is to be noted that the Finance Ministry has not yet finalized the modalities of the law, which emphatically needs the affirmative response or assent of lawmakers. Thus, this leaves the government authorities with an acute shortage of time to complete the full-scale  privatization process for this financial year.

It is to be noted that, as aforementioned, the ways to finance government’s robust growth campaigns to revive the economy were made while presenting the union budget for the financial year 2021-22. The budget was presented by Finance minister Nirmala Sitharaman in February this year. The budget had announced privatization of three PSU banks and one state-run general insurance company that is yet to be selected.

On the other hand, Indian authorities plan to sell a majority of its stake in the country’s second-biggest state refiner, the sale of which has also considerably slowed. Additionally, as aforementioned, the transaction for the same may only take place early next year rather than in the financial year 2021 as the government authorities face acuate shortage of time.

However, everything aside,  the administration can still go ahead with other asset sales. This sale could include sale of Life Insurance Corp. of India’s initial public offer. This could effectively help the country’s efforts to raise funds for the funding of its mammoth vaccination campaign and to certainly make up for any fall in tax revenues this year. Given that unemployment, production and manufacturing had plummeted during the pandemic, the taxes too had plummeted for the financial year 2020-21.

Sitharaman had stated that “We propose to take up the privatization of two public sector banks, other than IDBI bank and one general insurance company in the year 2021-22,”. Given the conundrum and public backlash, the government now invariably plans to privatize the selected entities in the financial year 2022-23.

A government official had stated that “The privatization process is about decentralizing state-owned financial companies, a new territory in terms of policy and a reversal of bank nationalization. Additionally, the finance minister, Mrs. Sitharaman has promised that there will be no job losses as a result of the process of privatization. Framing the contours of the deal and finding a suitable buyer will take time,”.

The banks that had been shortlisted for privatization were Central Bank of India and Indian Overseas Bank. As for the insurance company, it is yet to be identified. The choice for insurance company lies between National Insurance, United India Insurance and Oriental Insurance. 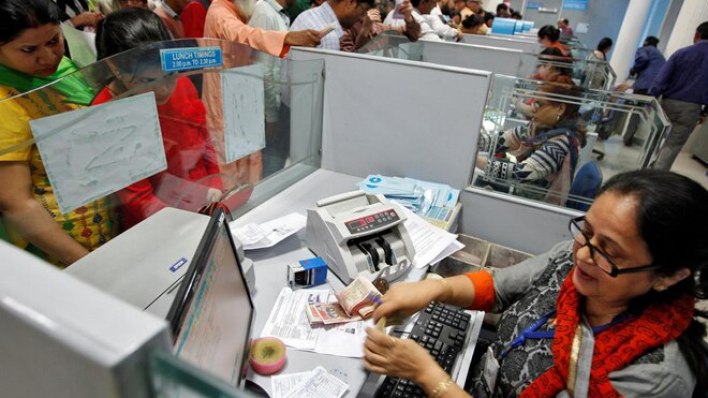 But given the odious backlash and highly arduous privatization process, why is the government going with the process anyway? It is due to the fact that the Centre is confident that it will be able to raise or at least reach its ambitious divestment target of Rs 1.75 lakh crore this financial year. This ambitious target will be possible through share sales in Bharat Petroleum, Air India, Bharat Petroleum, Neelachal Ispat Nigam Ltd.,  Container Corporation of India,  Shipping Corporation of India, Pawan Hans, BEML and IDBI Bank. Additionally, the stake sale in Life Insurance Corporation of India, which is expected to be the country’s largest initial public offering is also expected to help.