In a recent turn of dramatic events, the US finds itself with empty coffers. In a recent announcement that was made by the Treasury Secretary Janet Yellen, the lawmakers have been warned about the burgeoning threats about the federal government likely to run out of cash by the next month, precisely 18th October. According to the reports, this would significantly and urgently require Congress’s emphatic approval to raise the debt ceiling. And it is worthy of mentioning here that if the US default in paying its dues, the country could go into default for the very first time in U.S. history. The Risk for the US

In the series of warnings that were spewed by the treasury secretary, Janet Yellen, it is to be noted that the United States is at the risk of defaulting on its debt in a matter of weeks. This will materialize for the nation if Washington fails to act in time and efficiently.

It is no news that such a fallout or discrepancy will not augur well for the nation, it can, in fact, be stated that such defaults can be quite catastrophic that could tank the markets in the economy given the integrated economy. Given the economic and financial prowess of America, this could also have its repercussions on the other nations’ economies. According to reports, it can effectively and significantly affect the payments of millions of Americans, who are not particularly financially well off at the moment.

To put the detestable situation in numbers, it has been maintained that nearly up to 50 million seniors may stop receiving their Social Security payments by this month. In addition to nonpayment, many might even encounter instances of delay in payments. This could not only affect the civilians but also the troops. Given the pandemic woes, thirty million families already emphatically rely on the Child Tax Credit. They too won’t be able to receive their prerequisite on time.

In addition to the aforementioned circumstances, the interest payments of ordinary Americans on their mortgages too can be affected. This also includes their cars and their credit cards which could all effectively go up in line with higher Treasury borrowing costs. On the other hand, this would also aggravate the fiscal stance of the government due to an increase in the fiscal deficit.

The seriousness of the situation can be conjured from the fact that Janet had written a letter to congressional leaders. In the letter, it was stated that bipartisan extraordinary measures would be needed to get the economy out of the troubled waters that it right now finds itself in. She had also mentioned that if efficient steps are not taken immediately, the federal government will emphatically expect the Treasury to be left with very limited resources. In fact, at the moment, the resources are plummeting at the waltzing rate.

According to Janet Yellen, it is quite uncertain whether the country can effectively continue to meet all the nation’s commitments after 18th October. This comment itself provokes quite a disturbance and uneasiness amongst the public and investors.

It is to be noted that the warning comes after the senate republicans had blocked a bill that could have suspended the debt limit. Thus, one could state that such a warning has been issued primarily to make the republicans well versed with the ground reality of America and to make it compromise its conservative stance in order to financially help the country.

According to the Senate Republicans, who had blocked the short-term spending bill, it was argued that Democrats can raise the debt ceiling on their own. Given the non-compromising stance, the Democrats had been calling for a bipartisan approach which they had delivered during the Trump administration. 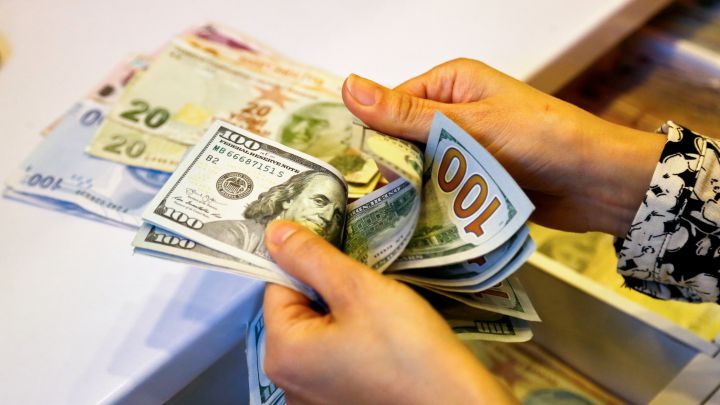 It is to be noted that October 18 is invariably an estimated deadline. This is mainly due to the fact that the federal government’s cash flows are invariably subject to unavoidable variability. According to the records, the US government’s daily gross cash flow effectively had stood at an average of $50 billion per day and has been averaging between the range of $50 billion and $300 billion during the pandemic. However, this does not include financing.

According to the reports, the Treasury Department has been emphatically trying and using extraordinary measures since August. This is being done to pay the bills. Such need for extraordinary measures by the US finds its roots in the fact that the previous suspension of the debt limit that was passed in the financial year 2019 had expired by the July end. This had led the debt limit to come back down at roughly $28.5 trillion.

According to the Treasury Secretary, it is quite crucial that it is remembered that estimates regarding the duration of extraordinary measures can significantly move back and forth and vary. Though uncertainty mares the procedure and the strategy, it is to be noted that this uncertainty should not emphatically underscore the critical importance of not waiting. Time is of the essence and thus federal government should committedly raise or suspend the debt limit without delay.