People worldwide are aware of the devastation caused to the entire globe during the Covid-19 pandemic. The disfigurement process has not yet been halted and is still in the process. The other waves of covid-19 are expected to arrive in various countries soon enough. We as adults are aware of the level of devastation that the pandemic has caused to our existence and businesses. We still have a hope to somehow overcome these tragedies in the near future by employing several work-related strategies or spending less in the present.

The health issues caused could be possibly cured at a majority level using medications and hospitals. We can at least hope that things will get better, and we might get back to a normal life sometimes. However, this is not the case among the children who have lost their parents and families during the pandemic. 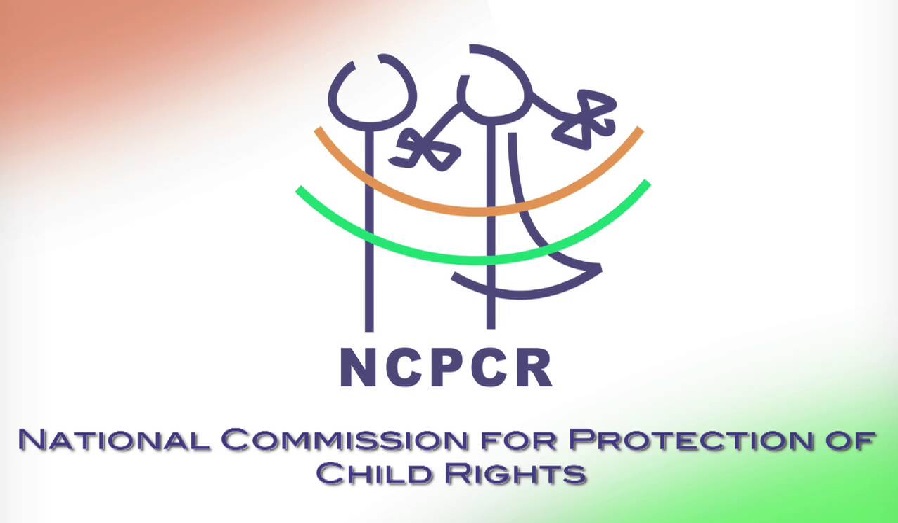 According to several reports, 3621 children had lost both their parents during the month of April and May 2021. The other 26,176 are surviving, with one parent who lost the other in the pandemic, and approximately 274 have been abandoned. This report is neither fake nor delusional as the National Commission carried it out for the Protection of Child Rights.

It is highly unpredictable about what hardships these children have to go through in the future, along with their present. The ones who have lost both their parents have no hope in the life that stands in front of them. These are the youngsters of our society who are said to be the future but seem to have lost all hope and ability after losing the only support they had in their life. As a matter of fact, no person, elder or younger, can survive without his/her parents just a normally as before.

The figures and numbers mentioned in the above statement of reports could vary significantly. The numbers are entirely impossible to have lessened but indeed would have added thousands more when you read it. The Covid-19 pandemic has caused extreme ruination in the lives of most people worldwide and has left children with no one to support or care for them in the future. The entire family of such children and infants has been shattered and disseminated due to the losses and deaths during the devastating time.

The problems of such children and families do not just end here, but people still seek benefits out of it. There have been several cases wherein legal messages were forwarded in several groups, and social media platforms wherein the contact numbers of people were given, asking them if they want to adopt the orphaned children. However, such fake news added to the despair and sorrow of the families who were already facing a hard time and then had to go through the entire interaction process with such people.

Modi government failing to protect the country and its people. The Union Government has hardly been doing anything during the second wave of coronavirus. This is something entirely expected out of the Modi government, who are still merely focusing on traveling, yatras, and several other public meetings that act in their development but not society. They could undoubtedly put the entire country in crisis for their own good and then speak about the absence of any reports. Obviously, according to them, there has been no death or hardship in the lives of people because Modi did not consider or face any. In fact, there are no such assistive measures taken or implemented in the proper manner for the orphaned children or the ones facing critical times.

No implementation of government schemes and yet, preventing people from helping the ones in need

The government might have released several schemes and ideas to help the orphaned children. Still, majority of them is not implemented on a level that would positively affect the people’s lives or bring support to those children. The government has been making several promises but failed drastically during the second wave of coronavirus when the majority of the people died because of a lack of resources.

Even now, the government has the guts, and bizarre statements mentioning no one individual died during the covid pandemic due to the unavailability of oxygen. This statement is entirely false as we have personally been in contact with several people who did not get oxygen and other resources at the time of need and had to lose their lives because of the same.

There were several social media posts, news, and messages regarding the unavailability of covid resources, including the oxygen cylinders, hospital beds, and other medications. Instead of managing the conditions and resources, the Modi government was busy blocking and closing the social media accounts of the people who were merely helping the people in need. The government was extremely inefficient in supporting the people in times of crisis and managed to become one of the major reasons for the death of lakhs.

Disastrous and sorrowful lives of the orphaned children and infants The orphaned children already have faced a lot in their lives at a very initial stage of covid-19. Putting them through more hardships is completely insane and against the basic humane ideas. There have been visuals of children and, at times, infants being left alone in the houses without any available food for survival. Several children were found lying unconsciously along with the bodies of their parents, who died of the corona.

Several instances and reports mention a greater feeling of sorrow and suicidal thoughts in young children during this period of destruction. We cannot even think about the sorrow and devastation that the covid-19 pandemic would have brought to such children who do not have any future plans or methods to overcome the challenges that they would now face. According to an estimation, more than one million children have lost their parents during this devastating covid pandemic. Amongst these 1 million children, 1.1 lakh were from India. These children have lost one of their parents and are still struggling with the present havoc. The number of children who lost their fathers is five times to those who lost their mothers. Losing any of the parents is emotionally and mentally destructive for a young child who is just in the development phase or years.

There is an urgent need to find the entire database of such children who have either been orphaned or have lost the only earning member of the family. It is the responsibility of the government to provide them with financial and mental support by anything and everything possible. They should be provided with the proper care and support by institutional and non-institutional organizations, including the NGOs who work for children’s welfare.

Providing these children with monetary help and assistance is also required for their future development. The government could further employ its services and officials relating to psychology to provide counseling to such children. This will have a positive impact on their mind not entirely but will surely do good to some extent.

The least that the government could presently do is create an actual database of the orphaned children and the ones who lost their parents during the Covid-19 pandemic. By actual, we mean not just a delusional report or data for the mere depiction of working. This welfare idea and its implementation is of utmost importance in the present times if India does not want to lose the majority portion of its future and growing economy.

Schemes and aids that really help the needy children We should do anything possible for the children who have lost their only hope for the present and future. There are several schemes evolving for such children and infants, but the implementation is equally necessary. There have been instances where government releases several schemes related to welfare but have never been implemented in real life.

Modi government could at least now take some steps even after it has led to major destruction during the second covid wave. If taken the right steps, the Modi government would have been successful in safeguarding the entire nation at a significant level. The children have now become extremely vulnerable and need an immediate support system both mentally and financially to keep up with their expenses and live a normal life which is not possible instantly, but the government can surely help.

The loss faced by the people, children, and infants is inimitable.

According to one of the finest authors of the Imperial College, Dr. Seth Flaxman, the loss of families and parents has now turned out to be a hidden pandemic that is also a global emergency. This is not something that we could procrastinate or wait to implement actions sometime in the future. The identification of such children who are facing atrocities of life due to the loss of their parents needs to be immediately found by employing extremely efficient monitoring systems.

The time is very devastating for such children, and if not acknowledged at the right time, they might face much more difficulties in the future. They should be provided with every possible support and assistance that is required for their survival and normal life.

Useless schemes if they are not implemented in the right manner 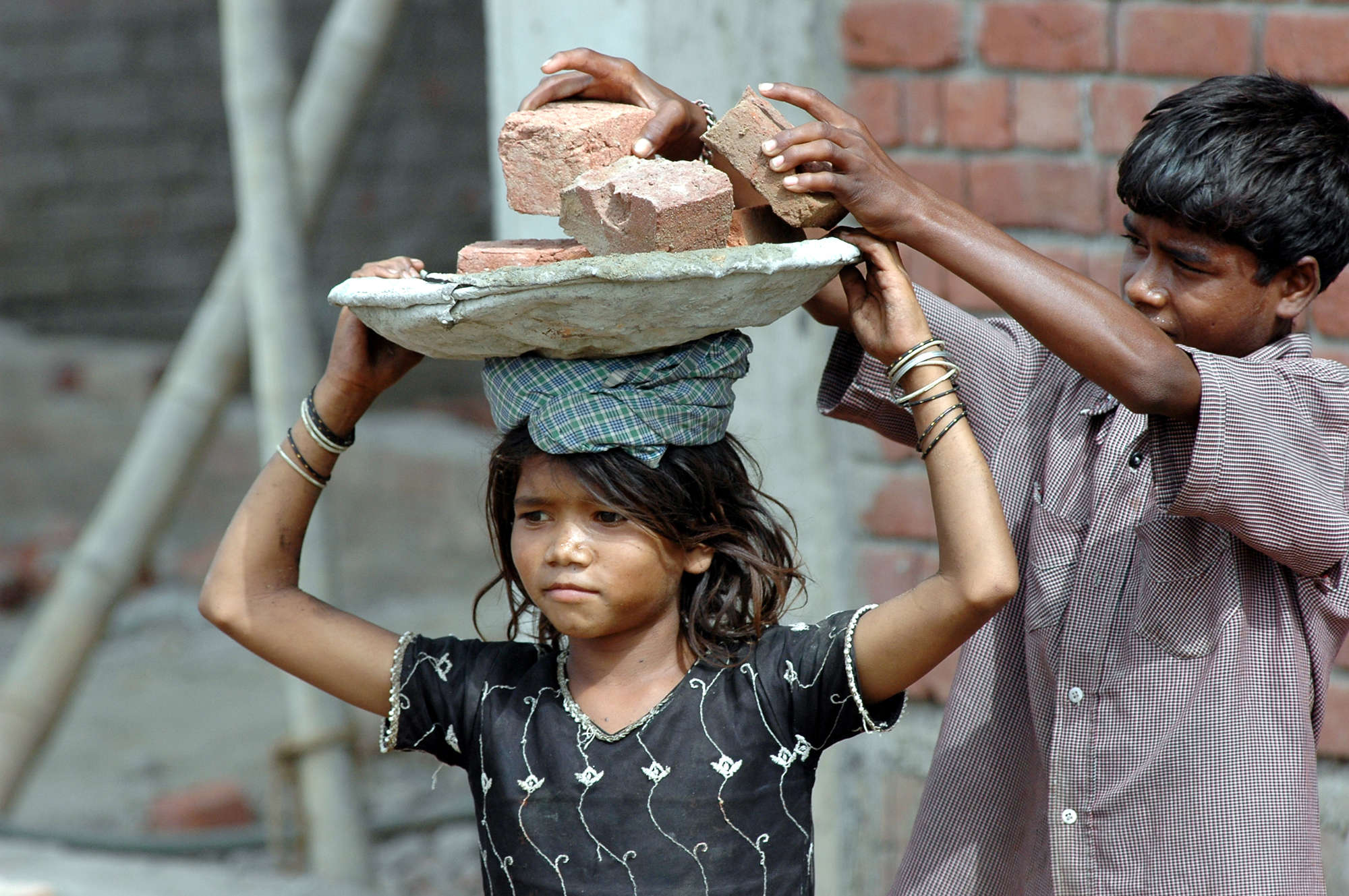 Further, there is an immediate need to inform the people about schemes related to children and the families who have lost their only bread earners. The children who are orphaned or have lost their families will be provided with several benefits and aid by the government. There is no meaning or use of such schemes if the implementation is not done in the right manner or the people are not aware of the same. We have already seen the Modi government promising and releasing several schemes as said in accordance with the welfare of the citizens. However, those schemes and ideas appeared to be hollow without any actual objective for the welfare or proper implementation.

Protecting children is a responsibility and not, charity!

At this time, we should not get into politics, and the government should only protect the children from the hardships that they might face. Protecting children should not be taken as a charity but should be done with complete zeal and dedication. It is the right of the children of India to live a life with comfort and protection.