Moneycontrol has learned from sources that Meesho, a six-year-old startup, has surprised India’s original online poster boy, Flipkart, with its quick expansion and high quality of execution.

A new conflict is brewing in India’s fiercely competitive and fast expanding e-commerce industry. After years of fighting Amazon, Walmart-owned Flipkart is now up against a rising competitor: SoftBank-backed Meesho.

Moneycontrol has learned from sources that India’s first internet poster boy has been caught aback by Meesho’s rapid development and high quality of execution. This new challenge also creates a new battleground in India’s e-commerce business, years after Snapdeal and Shopclues suffered significant setbacks, allowing Amazon and Flipkart to dominate the market. But, even as giant corporations like Reliance and Tata have hopes to develop in this market, Meesho is eating away at that duopoly, forcing a reset in the e-commerce scene.

A new conflict is brewing in India’s fiercely competitive and fast expanding e-commerce industry. After years of fighting Amazon, Walmart-owned Flipkart is now up against a rising competitor: SoftBank-backed Meesho.

Moneycontrol has learned from sources that India’s first internet poster boy has been caught aback by Meesho’s rapid development and high quality of execution. This new challenge also creates a new battleground in India’s e-commerce business, years after Snapdeal and Shopclues suffered significant setbacks, allowing Amazon and Flipkart to dominate the market. But, even as giant corporations like Reliance and Tata have hopes to develop in this market, Meesho is eating away at that duopoly, forcing a reset in the e-commerce scene.

Flipkart’s decision, primarily interpreted as an attempt to stretch its muscles in the face of increasing competition, is unlikely to be welcomed by these firms. Because, whereas Flipkart and Amazon have their delivery services and warehouses (Ekart Logistics and Amazon Transportation Services, respectively), Meesho is entirely reliant on third-party logistics suppliers and currently accounts for 40-50 per cent of the company’s total shipments. On the other hand, Flipkart predominantly employs Ekart and relies on third-party vendors for around a fifth of its deliveries.

“Meesho sends considerably more orders to the third-party delivery network than Flipkart does. Meesho now processes 2 million orders each day, compared to 2.5 million orders per day for Flipkart and Amazon “On the condition of anonymity, a senior official at one of these logistics companies remarked.

“They can’t impose conditions to third-party logistics players,” a second source added, “since Meesho is now a much greater part of their base and is helping them recover the fixed costs of their investments in smaller locations.”

Amazon vs Flipkart vs Meesho

Because the segments they serve overlap, the battle lines between Flipkart and Meesho are more prominent. There are two types of Indian internet shoppers: those who choose convenience over price and those who prioritise price over comfort.

Flipkart has been forced to relinquish its stronghold in the convenience market to Amazon, targeting India’s top 100 million online buyers. They place a premium on practicality and are prepared to pay a higher price for quick delivery. While the convenience customer still accounts for 60-70 per cent of Flipkart’s revenue, the company has been focusing more on the value sector, particularly in Tier 2 and Tier 3 towns. This is the same clientele that Meesho serves.

“Meesho is resolving a lot more than just convenience for the price. It is not making an Amazon Prime-style guarantee that the product would be delivered the same day or the following day. They claim it will be delivered in a specific number of days, but you will receive a high-quality product at a lesser cost “, according to an executive acquainted with Meesho’s strategy.

“Meesho works with all of the major logistics companies and is one of their greatest customers. They (logistics businesses) are more concerned with the shipment’s volume and weight than with its worth. So, when it comes to how essential Meesho is now, they are the undisputed leader among several logistics companies. They are vital to their companies’ success “Added he.

Meesho’s concept is similar to how internet firms are organised in China and Southeast Asia. “Consider Flipkart to be similar to JD.com, whereas Meesho is similar to Taobao or Singapore’s Shopee. It aspires to provide every customer with the tiniest of things at the tiniest of prices “According to one executive who has been following the area for the past decade.

“Flipkart still caters to the convenience category for 65 percent of their business, which is why they have a specialised logistics arm and warehouses. They have a high fixed cost. Meesho, on the other hand, has no fulfilment centres and is asset-light. Flipkart’s unit economics aren’t designed to compete with Meesho “According to the CEO stated above. 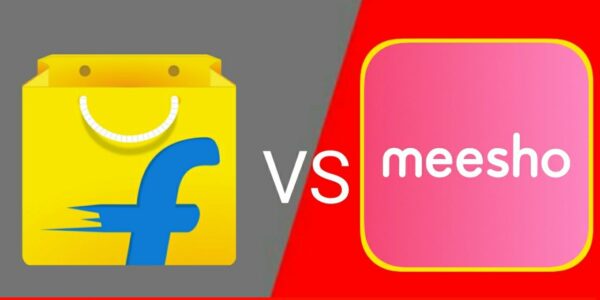 Meesho began as a social commerce platform in December 2015, founded by IIT Delhi alumni Vidit Aatrey and Sanjeev Barnwal. This business model often features a three-sided marketplace: supplier, reseller, and end customer, with the reseller purchasing things from the supplier and reselling them via platforms like WhatsApp.

While Meesho began focusing on social commerce, its direct sales share has been increasing, placing it against competitors like Flipkart and Amazon. It currently gets 75% of its revenue directly from clients who use its platform, with the remaining 25% coming from resellers.

A few months ago, Flipkart established Shopsy, a social commerce platform, to bring together sellers, resellers, and customers on its platform. In October, Flipkart said that Shopsy had collected over 2.5 lakh vendors, 51 lakh customers, and a library of over 150 million goods in just 100 days of existence. 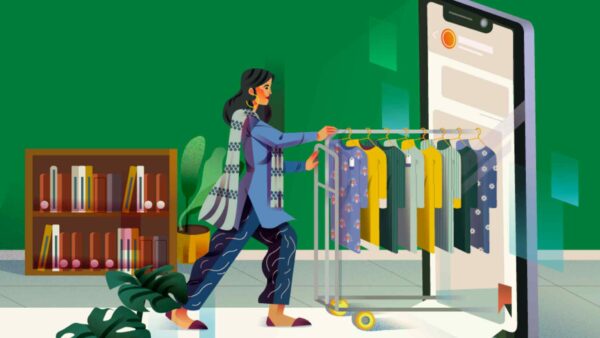 While Meesho is catching up to Flipkart and Amazon in terms of daily order quantities, its average order value is far lower—Rs 400-500 instead of Flipkart’s Rs 2,000-3,000 average selling price. This is also due to the company’s business mix: whereas smartphones and gadgets dominate Flipkart’s business, Meesho’s is dominated by apparel and home care.

Meesho’s GMV (gross merchandise value), which refers to the total worth of all items sold on the platform, including discounts but excluding returns, is in the $4-5 billion area, vs $20 billion for Flipkart.

“Flipkart can steal 10-15% of Meesho’s market share, but by appealing to convenience shoppers, it risks sacrificing the higher value it obtains every order. As a result, Flipkart must choose between convenience and pricing “According to the CEO, a source of funding

This year, Meesho has already raised two rounds of investment. In April, it received $300 million at a value of $2.1 billion in a round led by SoftBank Vision Fund 2. In September, it raised $570 million in a round-headed by Fidelity and B Capital, more than doubling its valuation to $4.9 billion in five months. It is now completing a $1 billion fundraising round, which will boost its value to $8 billion.

At the same time, Flipkart Group (Flipkart, Myntra, PhonePe) secured a record $3.6 billion in capital from a slew of global investors, sovereign funds, and private equity firms, including Walmart, for a $37.6 billion valuation. This was viewed as a warm-up round before the company goes public in the United States next year. Intriguingly, the game represented SoftBank’s return to Flipkart, years after it had left the business. While SoftBank owns less than 2% of Flipkart, it owns 10% Meesho.

“Aside from a newer portion of the business, Meesho is also getting a newer piece of the money. Flipkart and Meesho are now competing for the e-commerce capital pool in India “one observer of the market remarked.

Meesho’s quick expansion has created its own set of issues. “Customers are of poor quality, and the market they service is of poor quality. Their return rate is almost 30%, which is unusually high “a source in the industry said.

However, a source familiar with Meesho’s financials claims that this is due to the company’s business mix. “Fashion accounts for more than half of Meesho’s revenue, with higher returns of more than 25%. This, however, is analogous to other fashion websites “he stated. 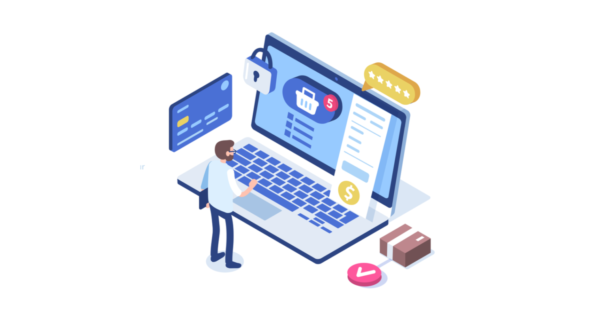 According to Bernstein analysts, Flipkart, without Myntra, had a GMV of roughly $12.5 billion in calendar 2020, while Myntra had a GMV of $2 billion. Amazon India’s GMV was approximately $11.5 billion during the same period.

According to investors following the market, India would not be a winner-take-all situation.

“Only Amazon and Flipkart will be able to serve the hundreds of millions of Indians who will go online to purchase.” So, over the next five years, all of these guys will discover their niches. Apart from vertical e-commerce businesses like Nykaa, Lenskart, and FirstCry, there will be room for Amazon, Flipkart, and Meesho,” one investor following the space said.

“Over the last several years, we’ve developed deep knowledge and invested in people, technology, governance systems, supply chain, and infrastructure to provide customers with exceptional e-commerce experiences. We continue to rely on these skills, as well as a strong internal governance and compliance system, to deliver safe and secure packages to more than 90% of India’s accessible pin codes.”

“With Shopsy, we’re extending our infrastructure capabilities, as well as our deep procedures, governance, and systems, to allow businesses and consumers throughout the country to do a lot more with their commerce experiences. Consumers may overcome their trust obstacles and connect more intimately with the digital economy thanks to Shopsy.”