Amid a protest by farmers against the Centre’s three new farm laws, BJP general secretary Arun Singh on Monday claimed that more than 99 percent farmers in the country are with the Modi government.

He alleged that the Congress fuelled the ongoing farmers’ agitation.

On the BJP ally Rashtriya Loktantrik Party supporting the farmers’ agitation and threatening to sever ties with the NDA, Singh said his party leaders will persuade its chief Hanuman Beniwal when he talks to them.

Beniwal has said that he will have to reconsider his support to the central government if the farm laws are not withdrawn in the interest of farmers.

The BJP leader said, “More than 99 percent farmers in the country are with the Modi government and if there is confusion among the rest, we will sit and the confusion will be removed.”

“They are innocent farmers but among them are some elements who need to be exposed. They put up posters of Sharjeel Imam,” he said, referring to anti-citizenship law activist accused by Delhi Police of being involved in the recent riots.

Singh, who is charge of party affairs in Rajasthan, said said the farm laws have been enacted in the interest of farmers, but the Congress, which in its election manifesto had promised similar steps, is now opposing the reforms due to political considerations.

He said that the Modi government increased the minimum support price (MSP) for crops and worked in the direction of doubling farmers’ income.

Thousands of farmers, mostly from Punjab and Haryana, are currently staying put at Delhi’s borders with Haryana and Uttar Pradesh in protest against the Farmers’ Produce Trade and Commerce (Promotion and Facilitation) Act, 2020, the Farmers (Empowerment and Protection) Agreement on Price Assurance and Farm Services Act, 2020 and the Essential Commodities (Amendment) Act, 2020.

Some of them have also blocked the Jaipur-Delhi highway. 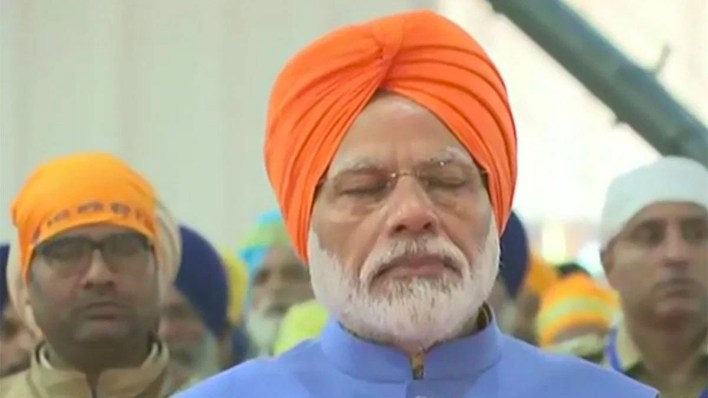 They have expressed apprehension that these laws would pave the way for the dismantling of the minimum support price system, leaving them at the “mercy” of big corporations.

Singh said no highway was blocked but a few farmers are sitting in Delhi.

Targeting the Ashok Gehlot government in Rajasthan, he said that people are fed up with the Congress in just two years and have voted in support of the BJP in the recent local body poll. He said farmers in large numbers voted in favour of the BJP in Panchayati Raj elections.

Singh also expressed concern over the situation in West Bengal, saying democracy in the state is under threat and BJP workers are being murdered.