Amazon hit by yet another PR fiasco; why does Amazon’s PR campaigns keep blowing up in the company’s face? What is the truth behind the ‘peeing in the bottle’ fiasco?

Amazon has been courting controversy one after the other; the company has now had almost all its PR campaigns blow in its face for the past few years.

Truth be told, Amazon has a long list of PR fiascos and has successfully drawn criticism from varied sources. 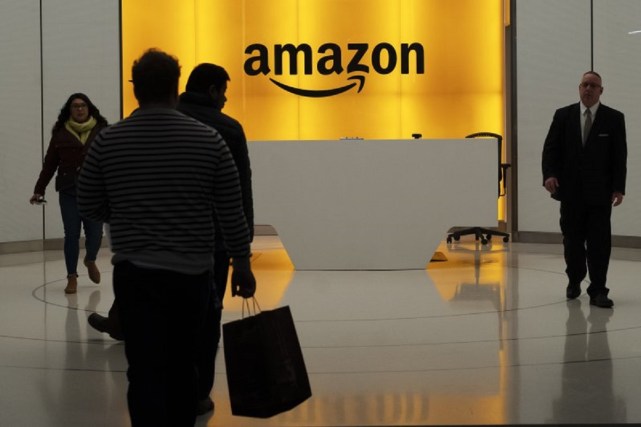 The criticism ranges from certain business practices and policies; it has faced many allegations of anti-competitive or monopolistic attitude and criticism of their treatment of workers and consumers.

However, despite being the world’s most prominent online retail organization, the latest in the slew of controversies is the much talked about and shocking piece of news about workers in Amazon.

These details that have emerged exhibit the working conditions that Amazon workers are subjected to; it tells the horrifying and perhaps inhuman conditions and practices that abound in this massive organization.

According to what has come out in the media reports, one of the many “conditions” that the delivery drivers must agree with to get employment with the company is to say yes to surveillance.

If not agreed upon, they are in the line of being fired from the company.

The worst and the most humiliating is the story that the workers are forced to urinate in bottles and defecate in bags; why?

Amazon, it is said, uses cameras powered by artificial intelligence to spy on its workers. 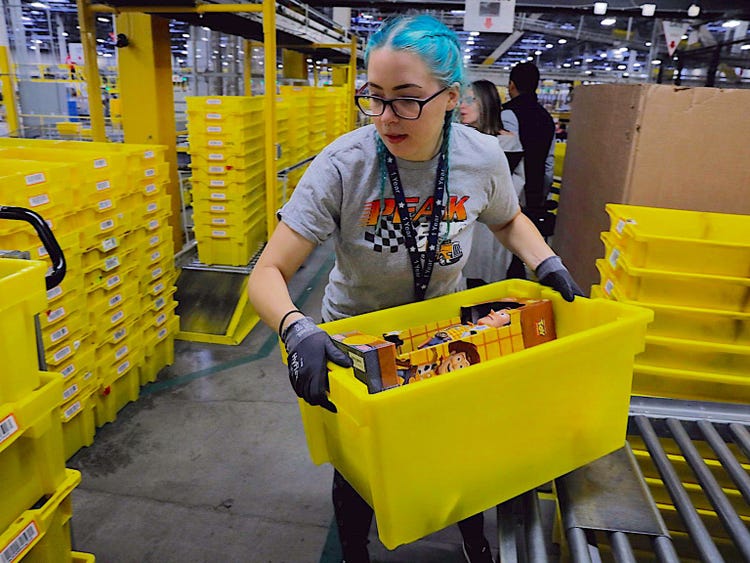 It is ironic and sad to know that in today’s fast-tracked world, an American company in America, a land of freedom and dreams, forces its employees to undergo treatment that is best for third world treatment of prisoners and captives.

Following the allegation via a tweet and an immediate denial issued by Amazon on this controversy of workers “peeing in bottles” has lost its ground as one reporter got down to uncover the truth.

The truth is that, indeed, the allegation is true.

The conditions and policies that have to be agreed with if one wants to work in Amazon are not only demanding – a minimum 10-hour shift for delivery personal with up to 300 packages to be delivered in a day to if in case they take too long and are late, they can be fired.

In yet another set of multiple instances, several bags with feces inside were returned to the station by delivery personnel– because they did not have time to stop for a toilet break because of Amazon’s strict time protocol!

Instances of urine in bottles and the same being returned to the station have also been found; all this has been reported in an internal email circulated within the company; hence, Amazon’s denial “that such things never happened” stands. FALSE! 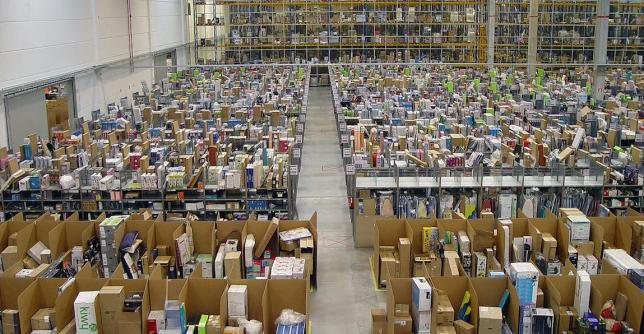 One will be ‘amazed’ to learn the long list of controversies, conflict points, and a particular ‘disdain’ amongst market watchers if one does a little background search.

So what is it about Amazon that has led to such antagonistic behavior?

To understand this, one will have to start from the first and go step by step into the complex world of Amazon.

1)Anti–competitive practices: Amazon has been accused of its alleged use of patents as a competitive hindrance. The best and widely known example of the same is its “1-Click Patent,” which was the internet’s highest-profile patent dispute, with rival bookseller Barnes & Noble.com in 1999. The conflict was about a “click” that allowed Amazon’s customers to make repeat purchase at the website with just one mouse click.

What did the critics say: they have long argued that it gives the company an unfair advantage and monopoly on what is regarded as nothing but efficient use of standard technology. Because of this patent, the risk faced by other web sited is that they must make their website deliberately less efficient to avoid infringement. 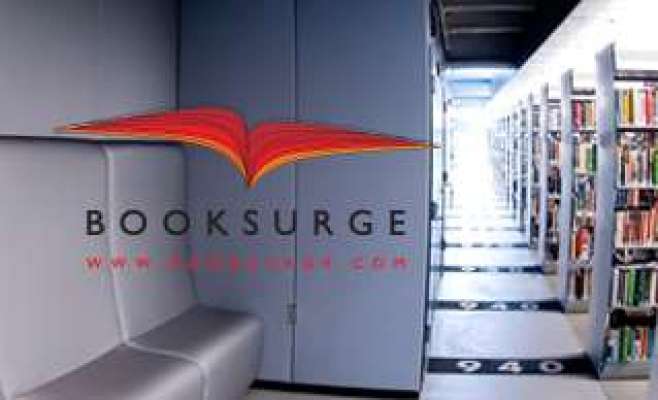 2)Amazon’s BookSurge: division communicated to publishers of print-on-demand titles to inform them that for them to continue to sell their POD-produced books, they would be subsequently required to sign agreements with Amazon’s own BookSurge POD company. Eventually, they were informed that the only POD titles that Amazon would be selling would be those printed by their own company BookSurge.

What did the critics say: they pointed towards the legality of the same under Anti-Trust Law, the ultimatum being deemed as monopolistic behavior and abuse, and called out Amazon’s business ethics.

3)Direct Selling: Amazon has also been accused of preventing publishers from direct selling at discounts on their own websites. Amazon, in 2013, agreed to end its price parity policy for marketplace sellers in the European Union; this was in response to an investigation by the UK Office of Fair Trade and Germany’s Federal Cartel Office.

4)Price Control: several publications and prominent authors have entered into a dispute with Amazon on its price policy which is alleged to be at a bargain price, and the company has also responded to any disagreement with any publication by pulling down its electronic publications. 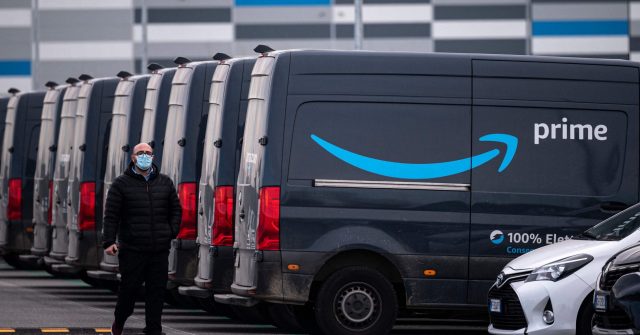 5)Removal of Competitors’ products: In 2015, Amazon announced a ban from sale on Apple TV and Google Chromecast by all merchants. Amazon had argued that this move was to prevent “consumer confusion,” as these devices did not support the Prime Video ecosystem.

What did the critics say: they believed that the move was more to safeguard Amazon’s Prime Video ecosystem and suppression of competitive products to Amazon Fire TV.

6)The opposition of Trade Unions: Amazon has consistently hammered against any attempt at unionization drives. It has opposed efforts by trade unions to organize in both the United States and the United Kingdom.

Many instances of how Amazon has attempted surveillance to check all talks amongst its employees of forming trade unions, it in fact laid off 850 employees in Seattle after a unionization drive. 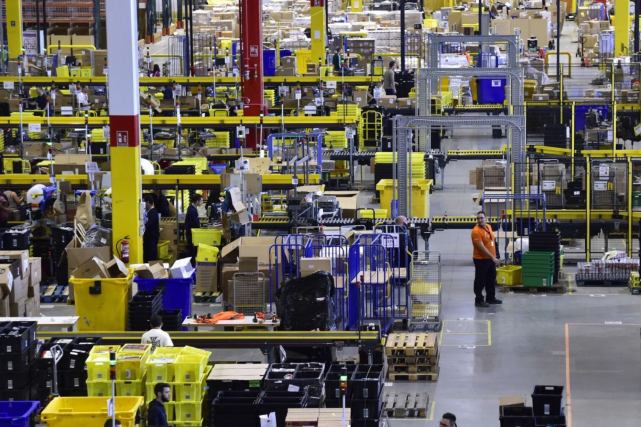 7)Warehouse conditions in both United States and the United Kingdom: according to the workers, the working conditions in the warehouses are so extreme that many workers faint due to heat and exhaustion. Many had been sacked after diagnosed with an illness.

8)Working conditions for delivery drivers: many stories of how the delivery drivers were forced to break set speed limits, use their van as a toilet to save time, missing wages, lack of overtime pay, intimidation, etc., have also been reported.

9)Attempted suicides and workers hunger strike: two workers had resorted to extreme measures to bring to notice the inhuman conditions at work and the unfair trade practices adopted by Amazon.

10)Protest over Coronavirus policies: when the whole world was adhering to social distancing guidelines, it was not so for the Amazon workers. Many who got infected at work continued to work until otherwise; even then, the workplace was not sanitized, which led to many more getting infected. Despite the risk that the workers took, Amazon only raised their hourly wage by a mere $2.

There are many more practices by Amazon that affect customers – these include product substitution, delivering items similar to what was requested, etc.

Conclusion: Amazon may be the largest and the most popular online market, but the manner in which the company is unapologetic in its ways and policies is appalling. Whether it is the monopolistic trade practices or its treatment of its employees, the conditions and inhuman handling of them are enough to stop anyone from thinking twice to either be employed with the company and even buy its products.

Don’t we all want to know the truth about Amazon!

Do You Have A Colon Cancer? Can You Detect The Symptoms Of Colon Cancer At An Early Stage? Here'r The Sings Explained By Doctors You Should Know!