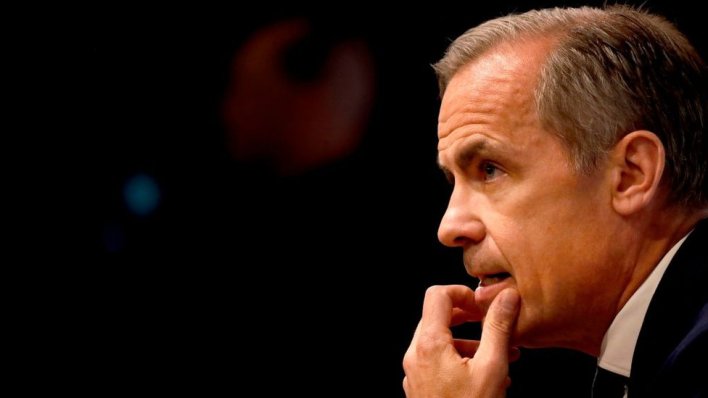 The possibility of a no-deal Brexit is “uncomfortably high” and “highly undesirable”, Bank of England governor Mark Carney has told the BBC.

Mr Carney said the prospect of the UK leaving the EU without a deal was “a relatively unlikely possibility, but it is a possibility”.
He said it was “absolutely in the interest” of the EU and UK to have a transition period.
However, the financial system was robust and could withstand shocks.
“We have made sure that banks have the capital, the liquidity that they need and we have the contingency plans in place, ” he said.
“There is a very broad range of potential outcomes to these Brexit negotiations and we are entering a crucial phase.”
The pound declined on the currency markets in the wake of Mr Carney’s comments, falling below the $1.30 mark.
Mr Carney said that if a no-deal Brexit were to happen, it would mean a disruption to trade and a disruption to economic activity, as well as higher prices for a period of time.
“Our job in the Bank of England is to make sure that those things don’t happen. It’s relatively unlikely but it is a possibility. We don’t want to have people worrying that they can’t get their money out,” he told the BBC’s Today programme.
Mr Carney added: “We’ve put the banks through the wringer to make sure that they have the capital. Whatever the shock could happen from, it could come from a no-deal Brexit, we’ve gone through all the risks of a no-deal Brexit.”
However, he said that even with liquidity and capital, the banks could not solve all Brexit-related financial problems.
“There are a few things the EU government has to solve, ” he said.
“The UK has taken all the steps, all the secondary legislation it needs to. The European authorities still have some steps they need to take. We’re having conversations and we expect those to be addressed.”
Brexit-backing Conservative MP Peter Bone was dismissive of Mr Carney’s message, describing his remarks as “just another example of the ongoing Project Fear campaign”.
Mr Carney was speaking a day after the Bank of England’s Monetary Policy Committee voted unanimously to raise interest rates from 0.5% to 0.75% – their highest level since March 2009.
He said financial market expectations for rates hitting 1.5% over the next three years were “not a bad rule of thumb, given the current state of the economy”.
The decision to raise rates has been criticised in some quarters, with the British Chambers of Commerce describing it as “ill-judged against a backdrop of a sluggish economy”.
Source: BBC