China since 2020 has hogged all the major headlines. Of course, it has never been a country that has not created some news or the other, whether related to bilateral ties with neighbouring countries or harbouring and befriending Pakistan, irrespective of promoting terrorism and even challenging the United States on trade policies.

However, 2020 was an exceptional year for China as it was for the rest of the world, for it was in 2020 that the Wuhan Virus found its wings and spread its tentacles, taking hostage the entire world.
Even as scientists and medical researchers were trying to figure out this Novel Coronavirus, the world, particularly the United States, was livid and blamed China for not warning the world of this deadly virus that has killed millions around the world, is still spreading, has now given to many mutations and played with the financial economies of all countries around the world.

The rationale was accurate but straightforward; China did not do anything to curb the spread to the rest of the countries even though it silently tried to battle the virus at home. It did not close trade and issue any restrictions in and out of it to the rest of the nations; the result is for all of us to witness.

If the world tried to take China to task and hold it responsible for the outbreak, China, on its part, was quick to take no blame and maintained a tough stand even though the world or most of it felt otherwise.

Nature’s Fury: China
Covid -19 as it spread like wildfire to the rest of the world, China, on the other hand, seemed to do much better than the rest of the world. The cases in China mysteriously lost momentum. The government maintained the reason for the same was the non-negotiable quarantine of those infected and containment areas where the virus was thriving.

Slowly but steadily, the cases seem to come under control even as China announced to the world that it had a vaccine underway and that soon it would be available to the rest of the world too, but no philanthropy or goodwill on China’s part, these vaccines would have to be paid for! Imagine the millions of monies that China would have hoped to make on and from these vaccines.

However, the vaccine card hasn’t played out very well for China, has it? Not as it would have hoped! Karma raising its head?
China sailed through 2020, 2021 has not been very kind to China, though, as the country is battling several natural calamities – all at once!

The Storm Attacks – Dust Storms
Can one imaging living through a dust storm so lethal that it filled your lungs with sand and dust. This is what several cities, provinces and the people living there had to face.
These dust storms are being touted as one of the most severe in recent history. Massive sandstorms have hit North-Western China and other parts earlier. The storm created dangerous driving conditions for commuters, such that Chinese authorities issued a Yellow Warning. 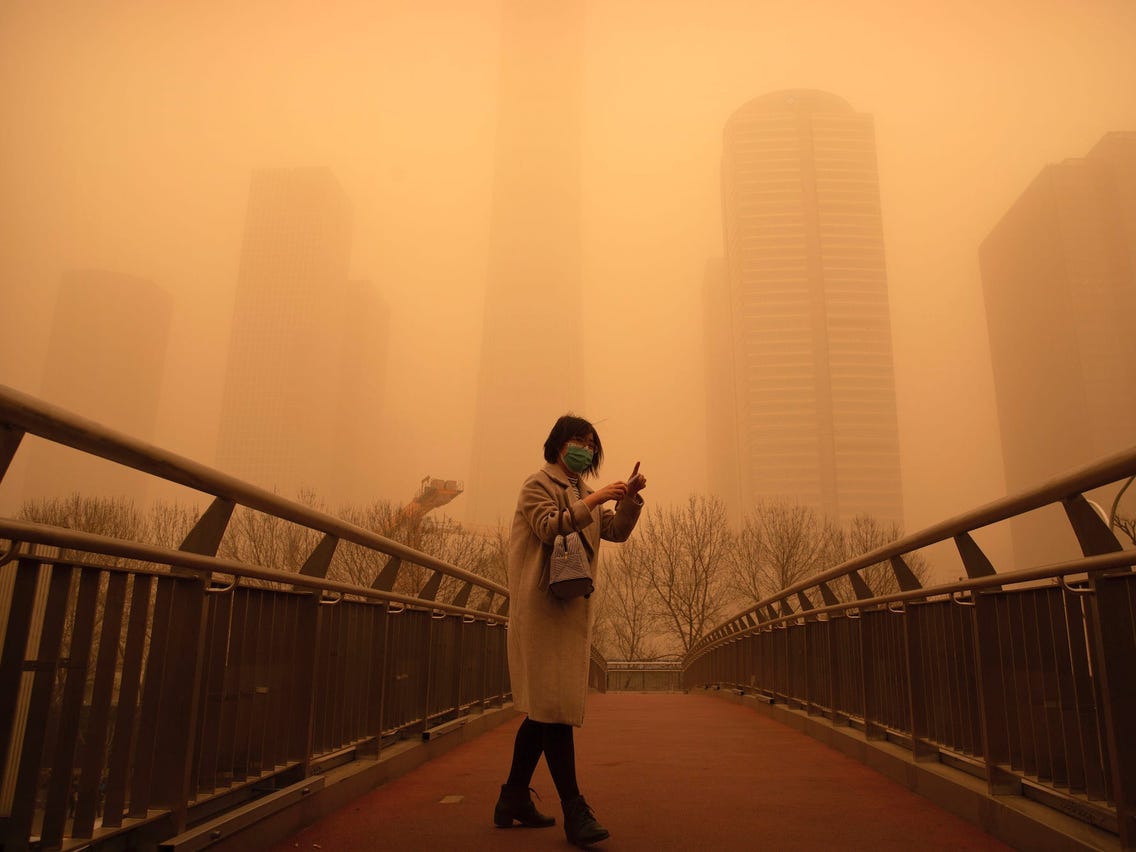 The billowing sandstorm was high enough to swallow the high-rise buildings and creating a dorm of sorts blocking the sun. The sandstorm was so severe that it had reduced the visibility to less than 20 feet.
Although no injuries or causalities were reported, air quality remained poor. The storm originated from the nearby Gobi Desert, which is a regular occurrence in the region. However, this was the case of one of the most severe in the last couple of years.

The Storm Attacks – Tornadoes
China has also been feeling the wrath of tornadoes. First, it was the tornado that hit Wuhan, leading to the flooding of the Yangtze River Basin.

Typhoon In-Fa hit Zhoushan, eastern province of Zhejiang, at the time of landfall, wind speeds hit 137 km/h (85 mph) and were also felt in Shanghai, where about 360,000 people were evacuated, and all inbound and outbound flights were cancelled. All establishments were closed ahead of landfall, and more than 1 million people evacuated.

The roads became a river, submerging vehicles and establishments; the storm destroyed more than 4,700 trees and disrupted the power supply for days.

Another powerful tornado hit the country in China’s Hebei province, ripping through rooftops, swallowing everything in its path.
China so far has reported 10 tornadoes, and at least 3 of them were as powerful as they can get.

Nature’s Fury, Part Two – Floods
Nightmare prevailed in Central China as a year worth of rain fell in China in just three days. The extreme rainfall triggered floods, the worst in 1000 years.
The flooding led to passengers trapped in submerged subways; the water reached neck-deep levels, causing mass panic.
Many people were reported dead (more than 250) or missing, and more than a dozen cities were affected by these floods causing extensive scale devastation to property.
The flooding was so severe that people were swept away, and vehicles were floating in the waters like fish. 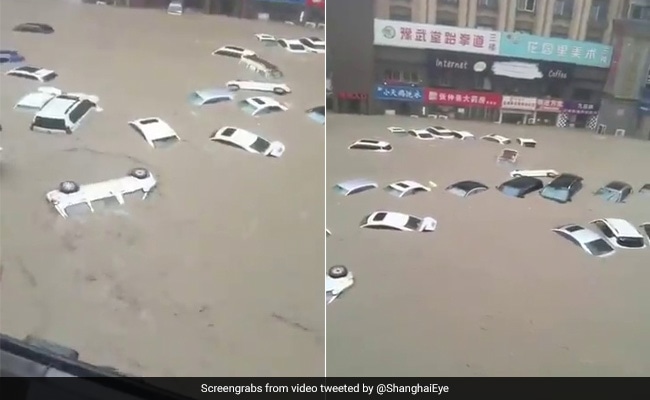 The extreme rainfall also caused several dams and reservoirs to reach their breach level, and the Chinese military issued a warning that these dams and reservoirs were on the brink of collapse.
One of the dams was right in the centre of China in the Hunan Province; it said that at least 3 dams collapsed in China, although the Chinese authorities have kept quiet on the dam collapse and the possibility of a collapse of other dams.

New Virus outbreak – the worst after Wuhan
The Chinese state media has reported a fresh outbreak of Coronavirus, the worst yet, in Nanjing, the capital city of east China province. The fresh outbreak has spread to five other Chinese provinces and Beijing municipality.
The suspected case was first detected on 27 July in the Nanjing Airport, and nearly 200 new cases have been reported. It has caused authorities to step up because earlier, the cases were restricted to a province or a city, but this time around, Covid -19 is being reported from several towns and provinces simultaneously. 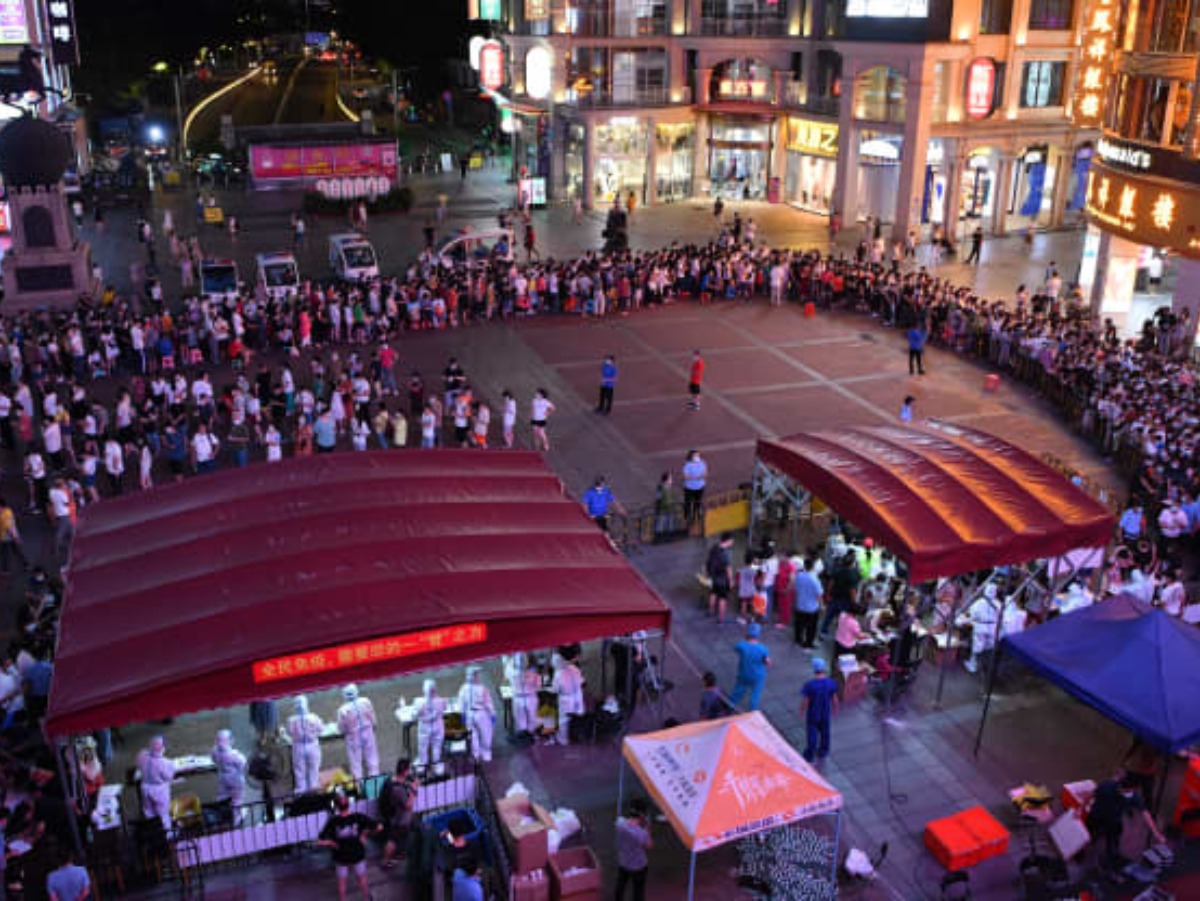 The highly infectious Delta variant is also being reported amongst people.
China is battling many battles; nature is playing havoc in its backyard, and so is the re-emergence of Covid -19; this has led the citizens of China in a spin and also the Chinese authorities.

While nature cannot be tamed, the destruction that it has caused in the form of typhoons, floods, tornadoes, sand storms has affected millions of people across China and led to mass-scale destruction.
The re-emergence of Covid -19 is only going to add the extra burden on the shoulders of both the authorities, the health infrastructure and Chinese citizens.