Some even have an attractive name. The process of funding is really an important one for a startup because it is through these processes of funding, that the future plans of the startup are decided.

The investors whether big or small, angel investors, or venture capitalists, all keep an eye on the potential startups which they see if given a chance has the potential to rise up, and it is through the funding rounds only, which are led by these investors that a startup is given an opportunity to expand and move forward.

Today, we are here to discuss the funding round of another startup which has taken place today morning only. The startup, Astrome Technologies, as announced on September 28, 2021, has raised USD 3.4 million, in a round of funding.

This round of funding was co-led by IAN Fund, Urania ventures of Germany, and Lakhsmi Narayan, who is the founder of Cognizant. The other participants of this round of funding were Impact Collective of South Africa, Art Park of India, and a group of US-based angel investors.

The startup, before this round of funding, has also raised funds through other funding rounds from individual investors and one of the most reputed colleges of the country- the Indian Institute of Science, Bangalore.

The startup was founded in 2015 by Prasad HL Bhat and Neha Satak. The startup, Astrome Technologies, is engaged in involving new methods and ideas the future of millimeter-wave wireless communications- be it on earth or from space.

It provides gigabit-speed telecommunication solutions to telecom service providers, enterprises, and defense startups. This deep-tech startup is involved in using the same technology as satellite-based internet.

It is increasing and accelerating the use of 5G in suburban and broadband in rural areas. This is done through the patented telecom radios and satellite communication products.

At the center of this solution is a packet Microwave radio system with an electronically steerable and flexible narrow beam architecture. This product reduces network congestion and makes the user ready for existing infrastructure 5G ready.

A single GigaMahesh device has the capability of providing up to 40 links with more than 2 Gbps capacity each, communicating up to the range of 10 kilometers. With this capacity, it can support 4 times more users per cell.

GigaMahesh helps in enterprise connectivity. The operators can quickly set up Multi -Gbps wireless links to their enterprise customers who are beyond the reach of fiber infrastructure.

The devices linked with this product promises fiber-like connectivity at a fraction of the cost, which is involved in laying and maintaining fiber. The products’ devices can strategically remove all internet dead spots in the operator’s network with great ease. 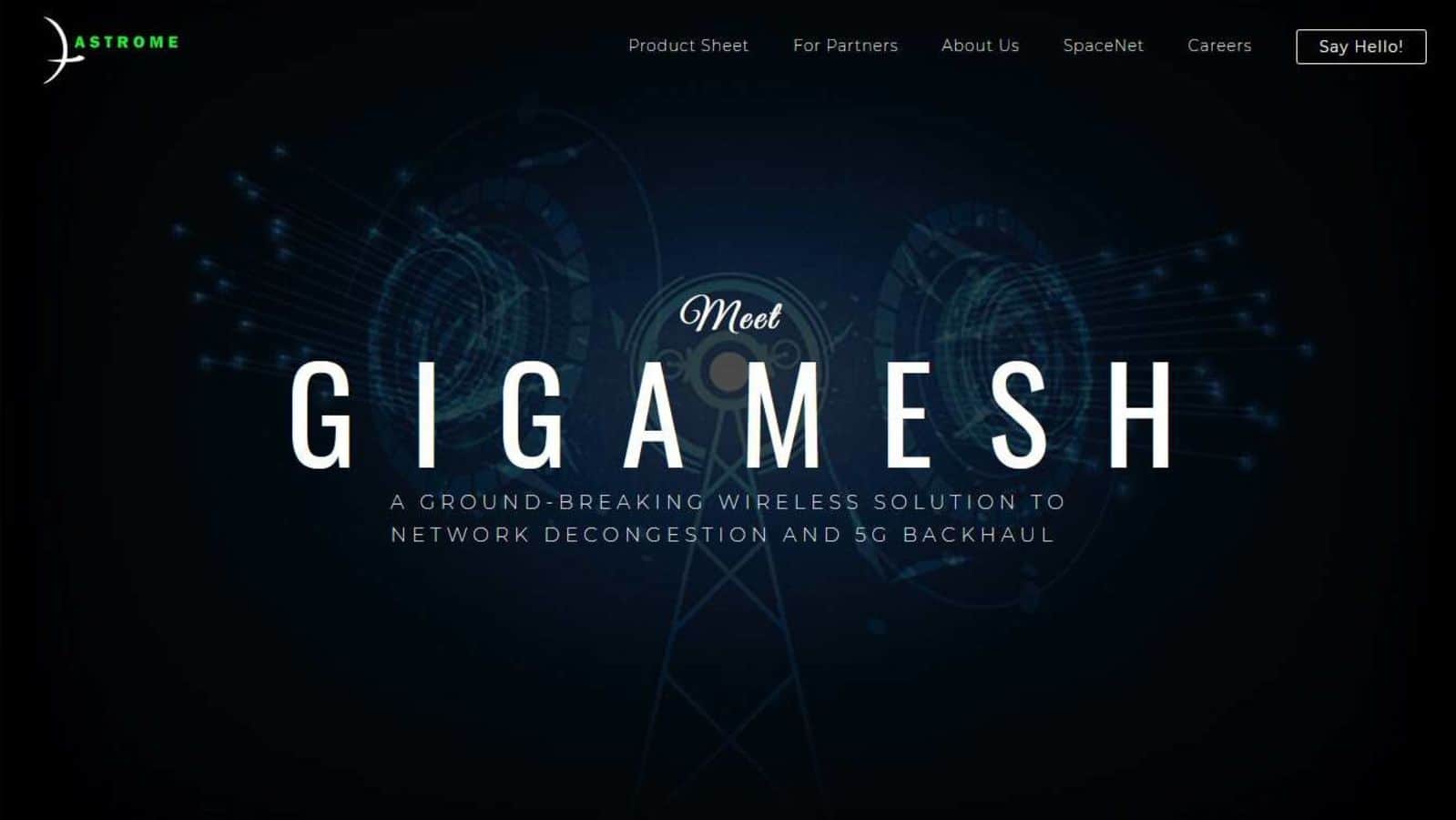 The startup is incubated at the country’s premier Research and Development school, the Indian Institute of Science, Bangalore. It is also supported by organizations like Cisco, Analog Devices, and IESA. The startup has been a recipient of multiple awards for the impact its technology will be creating on Telecom infrastructure in India.

Some of the awards received by the startup are- National Award in the “Technology Startups Category” in the year 2018, US-India Science and Technology Endowment Fund, and the Most Promising Aerospace and Defense Startup Award by NASSCOM and IESA.

The team of the startup is a bunch of people who have come together and engaged themselves in building world-class satellite communication technologies and be at the forefront of the emerging NewSpace industry.

The team consists of electronics engineers, mechanical engineers, software developers, and business developers who have spent many years being skillful in their craft.

The advisors and the consultants have extensive and deep experience in envisioning and delivering complex projects in both telecom and space domains.

Some of the advisors of the startup are- Arthur M. Dula, who is an Aerospace IP Lawyer, Dr. BN Suresh, who is a distinguished ISRO Scientist, CS Murali, who is the Chairman of IISC, Raghu Das, who is the CEO of Aniara SpaceCom LLC, and many more.

The startup is in partnership with outstanding organizations which help it in achieving its goals. The manufacturing partners have integrated, tested, and delivered satellites to a number of space missions.It has offices in Bengaluru and San Diego, California.

The startup has signed its first overseas deal in the year 2021 with the Southeast Asian Telecom Operator.

Neha Satak is the co-founder and the CEO of the startup, Astrome Technologies. She is a serial entrepreneur and a researcher. She is a Master’s from the Indian Institute of Science in Aerospace Engineering and a Ph.D. from Texas A&M University. She has also worked as a Postdoctoral Research Associate with the Air Force Research Lab, USA. 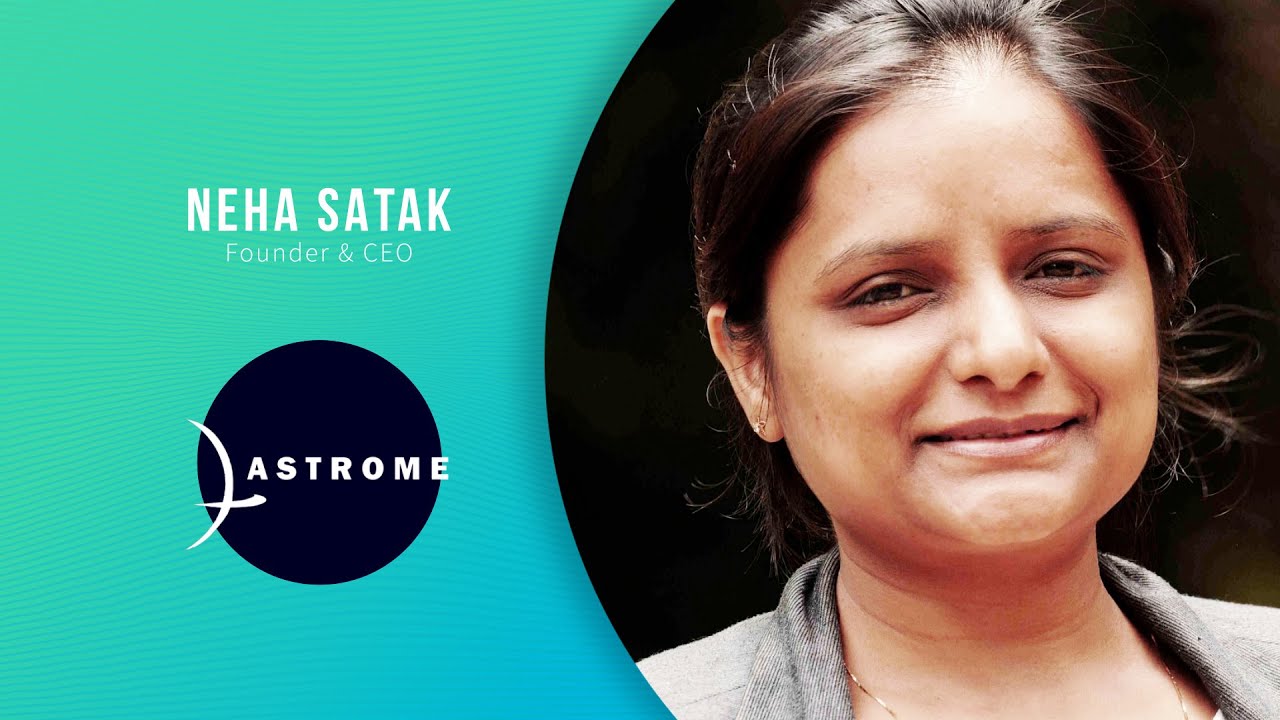 Prasad HL Bhat is the co-founder, the Chairman, and the CTO of the startup, Astrome Technologies. He is a serial entrepreneur and a researcher. He has a Masters’s and a Ph.D. in Computer Science and Automation Engineering at the Indian Institute of Science. He is fond of core technology development and has been a creator of various technologies including a microsatellite, a visual search engine, a stochastic game theory solver, the software tool for the latest 3D measurement TI chipset.

IAN Fund is a unique early-stage investors fund. It has bought in a change and a revolution in the angel investment space. It is a SEBI registered with an aim to transform the entrepreneurial landscape of the country.

The company invests in innovative companies in various sectors like healthcare and medical devices, VR, AI, software as a service, fin-tech, big data, artificial intelligence, and big data. The investors of the fund are- SIDBI Funds of Funds, India Infoline, YES Bank, Max Group, Grey Matters Capital, and Hyundai, and some of the retail investors are- Kris Gopalakrishnan and Kanwal Rekhi. It is not only involved in funding but also providing strategic mentorship to young entrepreneurs. Neha Satak, the co-founder of the startup, made a statement saying that the first two products of the startup have a combined addressable market of USD 34 billion around the world. She further said this market is expanding quickly due to the increasing need for mobile and broadband communication infrastructure, which is the result of the change in lifestyle in the last two years.

Rajnish Kanpur, who is the Managing Partner at IAN Fund, commented that mobile devices have caused an increase in demand and need for a device that a long-existing 4G is unable to deliver. He further said that this is where Astrome’s proprietary MM-Wave technology has come into a position to provide fiber-like wireless backhaul connectivity, for both 5G and terrestrial broadband.

The startup is engaged in providing something which has now become the need of the hour. We wish the startup a bright future.