Under the new policy, the state government has scrapped the condition that the installed capacity of a solar project needs to be 50 per cent of the sanction load or contract demand.

Now, an individual or industry can produce solar power in their premises as per their requirements and without any limit on the capacity, Chief Minister Vijay Rupani said, while unveiling the “Gujarat Solar Power Policy 2021”. The policy will remain in effect for five years and solar projects, which come up during this period will be eligible for various benefits for a period of 25 years, a government release about the policy stated.

“Under this policy, people can even give their terraces or premises to other developers on lease and earn an income on it. With no limit on the installed capacity, industries can produce more solar power and bring down their overall production cost,” Rupani said.

This policy will make Made in Gujarat products more competitive globally, he said.

To encourage people to opt for solar panels, the state government has also announced that additional electricity from roof-top residential projects and captive MSME units will be purchased at Rs 2.25 per unit for a period of five years, it was stated.

Moreover, a group of industries can also come together to set up a captive solar project at one place and distribute power as per their share in the investment, state energy minister Saurabh Patel said.

To pay a security deposit

At present, solar project developers need to pay a security deposit of Rs 25 lakh for each megawatt of installed capacity to distribution companies under the Power Purchase Agreement, he said. 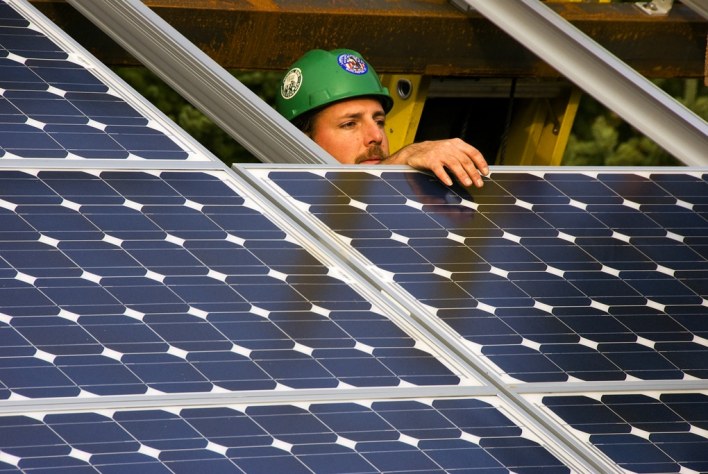 Under the new policy, the deposit amount has been slashed to just Rs 5 lakhs for a megawatt, the minister added.

More COVID-19 vaccines in pipeline as US ramps up efforts