When the world must turn to policies that reduce deforestation, pollution, land-use, animal exploitation, ecological damage in these testing times of the pandemic in India, we are witnessing that the present government, under the leadership of Narendra Modi, all set to aggravate the degradation of the environment even further. As if the current pandemic was not dire enough a red flag that exclaimed the alarming climate calamity we find ourselves in right now violating EIA regulations.

It is no secret that the rise in infectious disease that we are witnessing in the last fifty years, as proved by multiple scientific research is a result of human encroachment upon nature. The anthropogenic activities such as excessive land use, industrial wastes, animal husbandry, unsustainable farming, deforestation, pollution, mining, to enlist a few are responsible for the increasing rate of infectious diseases. When humans step over the natural self-sustaining processes in the name of greed masked as development, it sets everything to degrade. 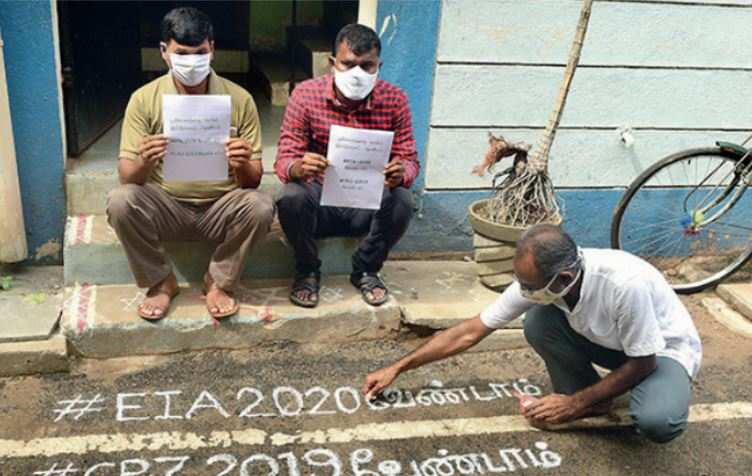 The case of our country, therefore, is not something novel in the current scenario of the world, because we are witnessing far-right populist leaders of the countries all over the world with their anti-scientific, anti-intellectual, climate-change-denying policies even in the face of the pandemic. The environmental issues are not separate from the social and economic ones.

About the EIA regulations

When the first COVID-19 lockdown was enforced in India, we saw the mass migration of the laborers and workers who were walking for days in hunger and restlessness, revealing the deep socio-economical inequalities in the country. The environmental concerns spilled over to the economic and social concerns, which was clear enough a signal of how climate emergency is going to affect us all in different degrees, the current pandemic only the beginning of the worsening damage that is going to come.

In these dire times, the government brought the new draft resolution of Environmental Impact Assessment (EIA), 2020 that is going to make the industrial and development projects get clearance overstepping the “impact assessment”. In short, the new EIA notification is set to bring its death, and of the environment. The origins of EIA can be understood from a historical perspective. The two systems, international and domestic. The larger politico-economic scenario of the decade after the 1970s saw the rise of neo-liberalism and US-based, Western hegemony. The effects of neo-liberalism were reaching different parts of the economy all around the world through globalization and opening of the world markets.

This was also the age of rising political consciousness, public participation, and the advancement of science and technology. This propelled for environmental activism, with the increasing knowledge of the harmful effects of the ever-increasing industrial “development”. The realization of living in a “risk society” and the anthropogenic consequences on the environment that in the long run self-harms the biosphere.

On the domestic front, there was a similar situation brewing up. The political after-effects of the Bhopal Gas Tragedy in 1985, accelerated and finally culminated into the Environment Protection Act (EPA) of 1986. The EIA was formulated under the premises of the EPA, as an outcome of the various international environmental policies being pushed through the agenda of neo-liberalism to counteract the growing resentment towards the blind-growth model of the economy.

The process of EIA was constructed to introduce transparency, accountability, and public participation in the activities and projects that exploit natural resources and common goods. It is a legal framework, which despite a lot of push and pull, has not been made into a concrete act. It is going to be diluted even further through the new draft resolution.

The existing EIA is itself an enactment supported with scaffolding, but the new draft resolution will be the demise of the entire structure of the environmental laws in India. It can be understood from the fact that the passing rate of the projects is almost a hundred percent, signifying that all the projects that go through the EIA are given clearance. 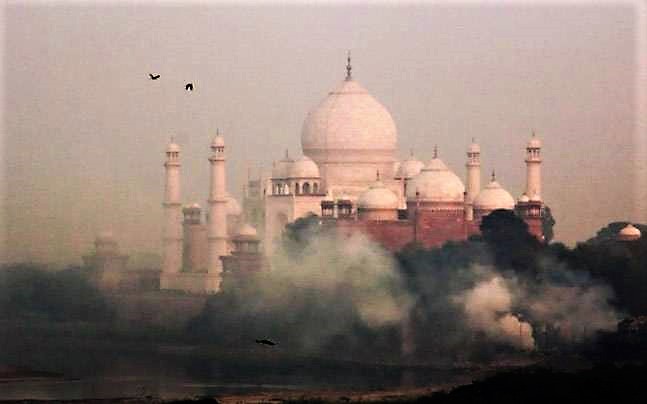 The new draft notification was released for the public consultancy on 12th March, by the Ministry of Environment and Forests (MoEF) for suggestions until 30th June. Through the resistance from the environmental activists and finally the intervention of the Delhi High Court, the date for the closure of the window has been furthered to 11th August.

Now, let us analyze the detrimental effects of the EIA Draft, 2020 is going to bring about.

The first and foremost being the overriding of public consultation in seeking the clearance for the development projects. The participation of the public in the functioning of the society is the main asset of a democratic setup. It also should be brought to attention that under Article 21 of our Constitution, under “Right to protection of life or personal liberty”, it is the legal right of the people to demand liability when they feel that their quality of life is being jeopardized and harmed.

The resolution skews towards the industries and against the people.

The second disastrous clause that has been introduced is the “post facto clearance” that will ensure a no-objection clause on the projects that are already underway. The projects that violated the resources and the environment will now be able to apply for clearance. EIA mechanism has already ruptured the link between rural economies and the environment. This will result in the legitimization of structural change of environment laws and easing of resource exploitation and extrication. These amended laws will become a political tool for the Modi government to fulfill their benefactor’s demands and their agenda.

The decentralization that the draft mentions, therefore, is a smokescreen to shove the present government environment degrading policies onto the entire country. Therefore, proposed EIA 2020, is a death knell for the socio-environmental and sustainability-focused economic practices both quantitatively and qualitatively.