Karnataka Chief Minister B S Yediyurappa on Friday said a lockdown to curb the rise in COVID-19 cases could be inevitable if people do not cooperate. 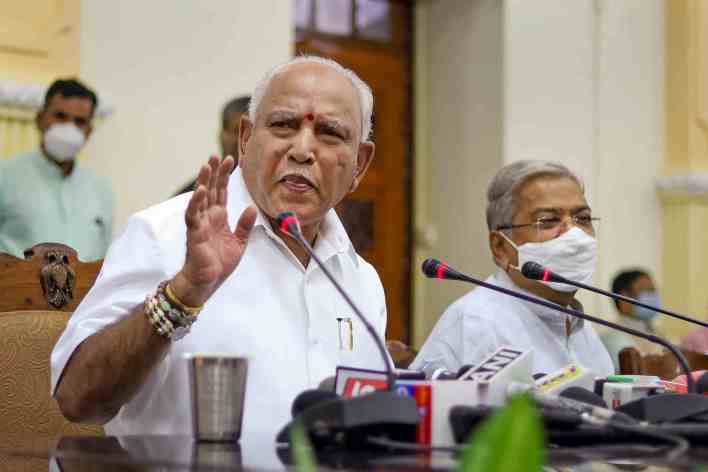 “People are not following the Janata Curfew properly.

They are not abiding by our warnings. Hence, lockdown could be inevitable,” he told reporters near Annamma Devi Temple here ahead of a crucial meeting later Friday in view of the alarming rise in coronavirus cases.

According to him, the government will finalise in a day or two about the stringent measures required to control COVID.

“If people wish that stringent measures should not be taken, then people should cooperate by wearing masks and maintaining social distancing,” the Chief Minister said.

Regarding the oxygen crisis, Yediyurappa said he has been trying to resolve the issue honestly.

To a question on COVID patients and their relatives coming to the CM’s house and Vidhana Soudha seeking a hospital bed, he said this was improper and people should stop it.

“I won’t say it is wrong to voice their woes. I understand their sufferings and I am trying to resolve their problems because we are pro-people,” the Chief Minister said.

He said people should avoid coming to CM House or Vidhana Soudha as the officials would get in touch with them.

The Chief Minister hailed Bengaluru South MP Tejasvi Surya for exposing the hospital bed scam in which the beds reserved for COVID patients in private hospitals were blocked by a few people and allotted for a bribe.

“Tejasvi Surya had obtained the list (of scamsters) after much effort and brought the irregularities in allotment of bed to the COVID patients to the notice of the government,” Yediyurappa said. 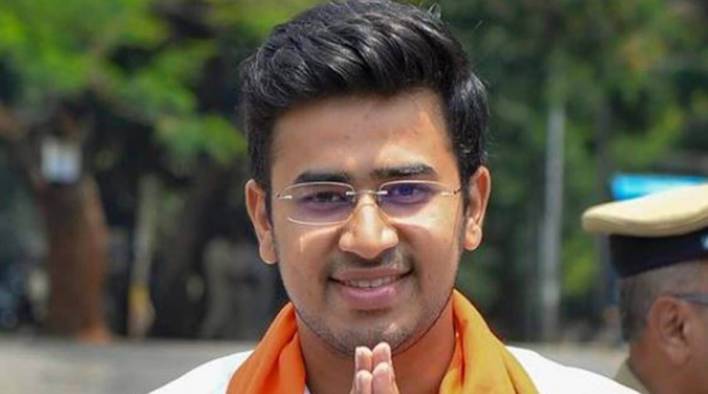 He, however, took a dig at Congress MLA and former minister B Z Zameer Ahmed Khan for speaking ill of Tejasvi Surya.

Yediyurappa was referring to the expose`by the young MP and BJP Yuva Morcha president Tejasvi Surya who claimed that 4,065 hospital beds were blocked and allotted for a bribe in the city.

During the live expose, Surya read out the names of 17 Muslims, who were deployed at the COVID war room, seeking their credentials.

The Basavanagudi BJP MLA Ravi Subramanya, who accompanied Surya, asked the officials whether they have converted the COVID War Room into a Madrassa.

Taking strong exception to framing only Muslims, Khan said in a video message in social media as to why Surya did not see anyone else other than Muslims.

“There were 205 employees of Crystal Company, who were deployed in the COVID War Room on contract basis but you singled out only 16 Muslims. How fair is this? It shows how venomous you are, Tejasvi Surya,” Khan said.

Khan even claimed that only one person, Mohammed Zaid was assigned with the task of bed allotment while others were given different jobs.

The COVID cases in Karnataka have increased at an alarming proportion.

The state is reporting about 50,000 cases daily and has about 5.5 lakh active cases.

The daily fatalities too were exceeding 300.

Cognizant Might Drop off Market Share As the Growth Advise for CY21 lags Indian IT Peers; Attrition Rates Spike at Its Peak.