On the 12th of November 2020, at 11 am a protest was convened by Prashansa and Unnimaya of the LSR SU, to demand justice in context to the institutional murder of Aishwarya Reddy. People from many colleges and political organizations turned up. The demands made were in context to the larger fight of the inaccessibility of Education and the exclusive nature of educational institutions. The demands raised concerns regarding ensuring Justice for Aishwarya Reddy who was institutionally murdered by the College Authorities and the Ministry of Science and Technology.

The protest saw huge barricading by police forces and media attention as well.
Solidarity was also presented by political organizations like SFI, AISA, COLLECTIVE, KYS, and Pinjratod. A representative from AUDSC also extended solidarity towards the movement.

The LSR SU General Secretary also addressed the gathering stating all the demands that the LSR Student Community presented.
“The institutional murder of Aishwarya Reddy was not an individual instance, many students from marginalized communities have been forced to take their lives, and no one but the college authorities, educational structures, UGC, and the ministry are to be held responsible and accountable for the same,” said Unnimaya, General Secretary LSR SU. 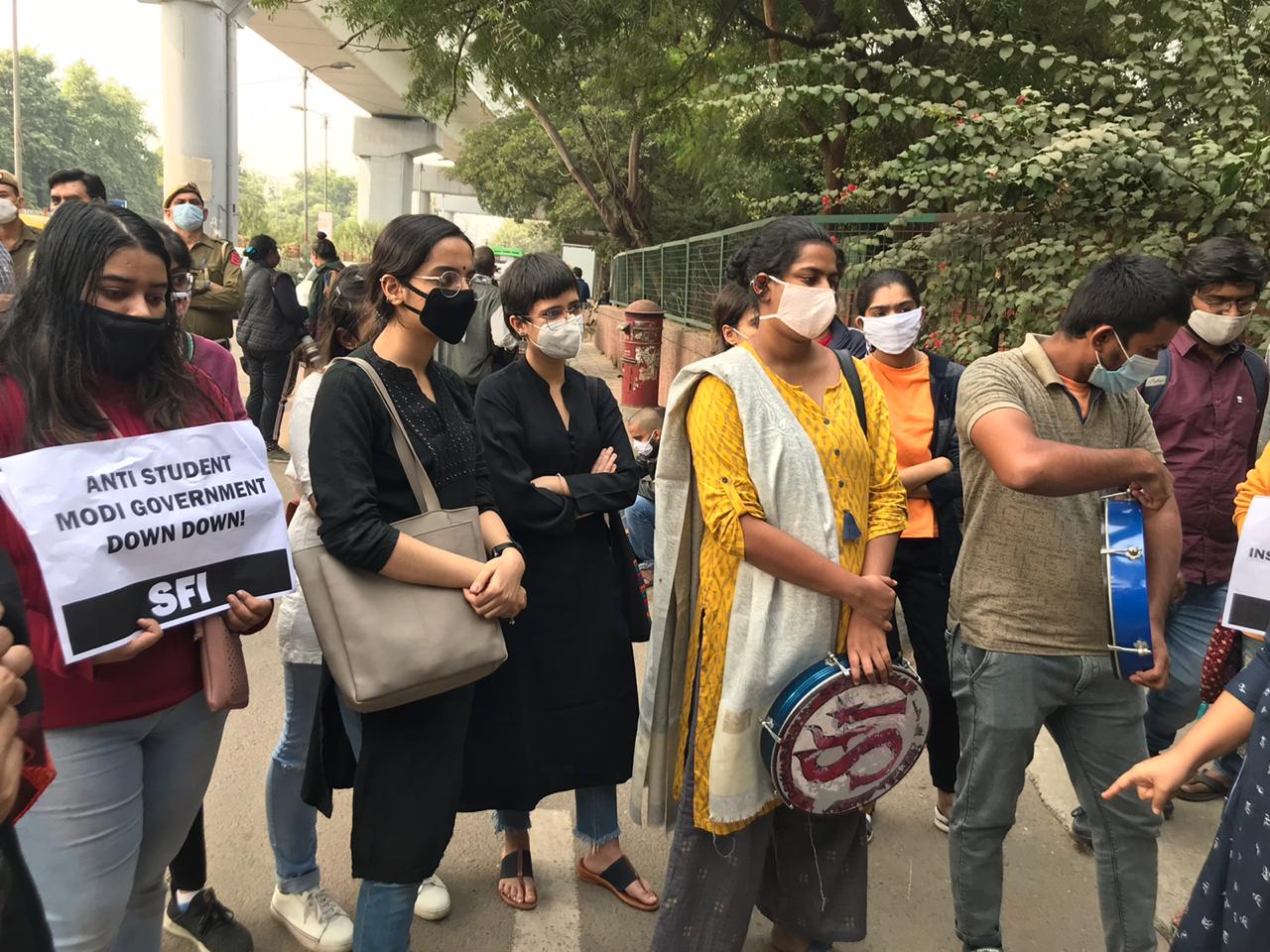 Burning of the hostel notice of evacuation for LSR students also symbolically took place to demand the revocation of the ‘First year only’ hostel policy of Lady Shri Ram College for Women. The issues related to hostel unavailability, Online Education Divide, etc were also raised.

As the protest proceeded, a group of 8 students from the college was called inside the college to talk to the principal, staff advisors, and a few other professors. The memorandum was given to the authorities, inside the college, with a demand to answer them within a week’s time. Out of the many demands that we had put forward such as revocation of Hostel Vacating notice, 1st-year Hostel Policy, Clause 1 of hostel undertaking which prohibited students from taking part in protests, distribution of tablets and data packs for online classes, issues related to fee payment, mechanisms facilitate the availability of recorded class lectures, an extension of dates for internal assessments and the formation of a Committee to deal with such issues and exclusion faced by socially and economically backward Students with due student representation, etc only a few have been addressed by the administration. 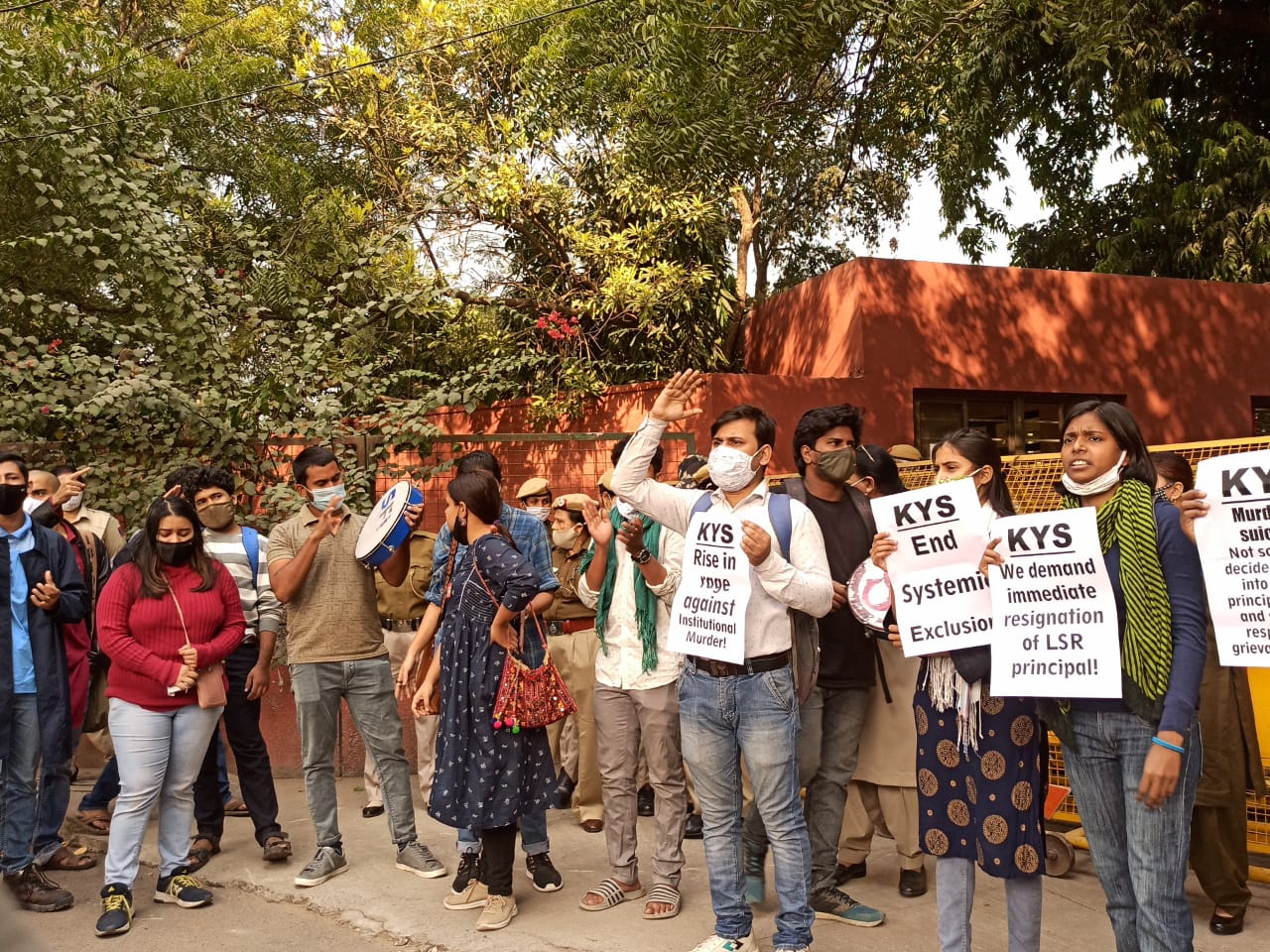 The Principal of LSR college has given us the following response:
The administration will try to make the process of disbursement of scholarships swifter and provide free ships.