The British Monarchy finds itself on shaky grounds and embarrassment yet again, following the controversial interview by Prince Harry and his wife, Meghan Markle.
The headlines in The Daily Mirror – the Worst Royal Crises in 85 years, the seriousness and consequences of the interview can be understood as the daily writes – The Palace “Meltdown.”

In another headline, along with a picture of Queen Elizabeth, it reads -“so sad it has come to this.” 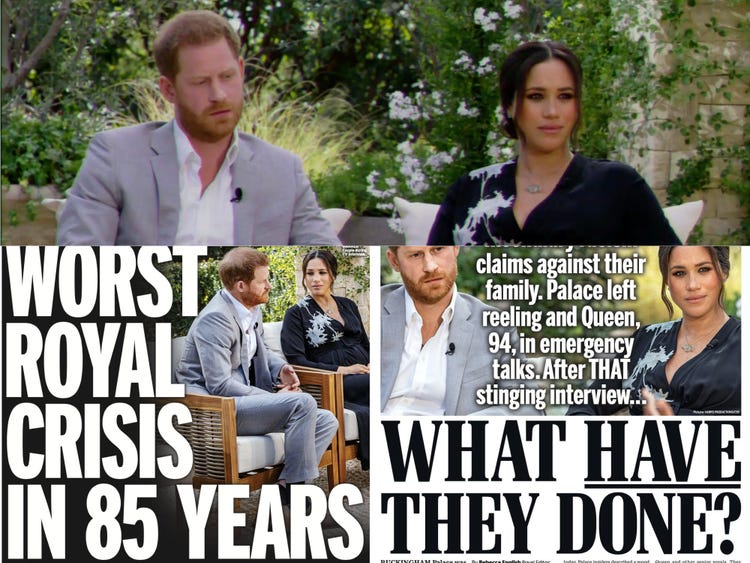 The British tabloids are known for their controversial coverage of just about anything; hence the latest tell-all interview by the British Royalty, Prince Harry, and Meghan, is simply too good not to be given any coverage, in fact for the British tabloids, it cannot get better than this.

The result is that it has erupted into a controversy of mammoth proportions triggering fights even on British national television.

Just to put this into perspective an example of the same, Piers Morgan, Anchor, Good Morning Britain shares with his audience on television “I am Angry to the point of boiling over today, I am sickened by what I’ve just had to watch” and while he expresses his disconcertment gets into a verbal fight with his co-host of the show.

The on-telly fight is the result of the interview (Prince Harry and Megan, who happen to speak on racial bullying), leading to Piers Morgan angry rant “they thrash everybody, they basically make out the entire royal family a bunch of White Supremacists by dropping the race bombshell….” and later he walked out of his own show! 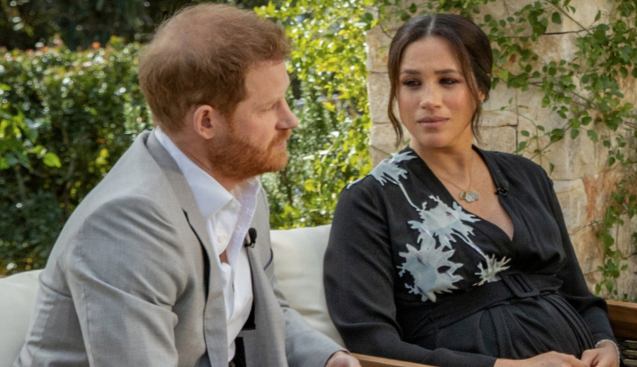 So, what is the hysteria about, and what is this interview?
Prince Harry and his wife Megan’s interview, which was aired on Sunday and taken by Oprah Winfrey in the US, has taken the internet by storm. Oprah being a seasoned interviewer, dived right in to clarify for the audience that despite being neighbors, there has been no agreement (money transaction), the couple has no idea of the questions that may be asked, and have agreed to no subject being off the table, to which Megan replied: “that is correct.”

So now that the facts are clear, let us see how the interview progressed. In the interview, Meghan confessed that she had suicidal thoughts when working as a senior royal. Taking this bit further, Harry too opened up and spoke about his relationship with his father and his brother, referring to it as “fractured.” 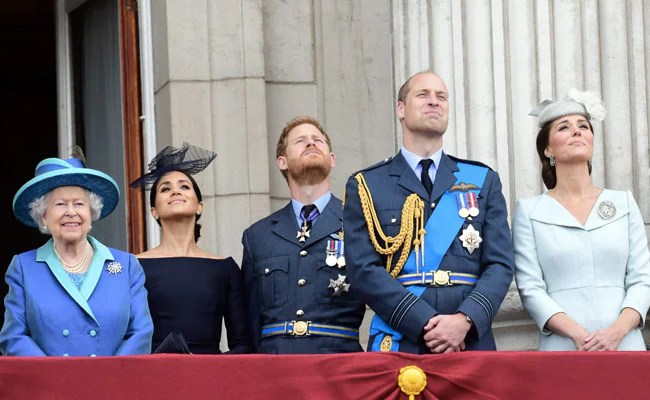 In one of the most controversial bits yet, Harry mentioned that one of the royals (name not disclosed) family members had expressed his concerns about how dark’ their son Archie was going to be.

Talking about the Netflix and Spotify deal, Harry said that the contracts were made out of financial necessity, as the royal family had cut him off financially shortly after he and Megan stepped back as senior royals.
The tell-all interview further has Harry say that when the duo moved from Canada to Los Angeles in 2020, they were helped by media mogul Tyler Perry who had offered them one of his Hollywood mansion to stay for free, not only this he had also provided them with his personal security but both Harry and Megan decided to move out of the estate after it became known to the wider public.

We didn’t have a plan. We needed a house, and he offered his security as well, so it gave us breathing room to try to figure out what we were going to do,” said Prince Harry to Oprah. 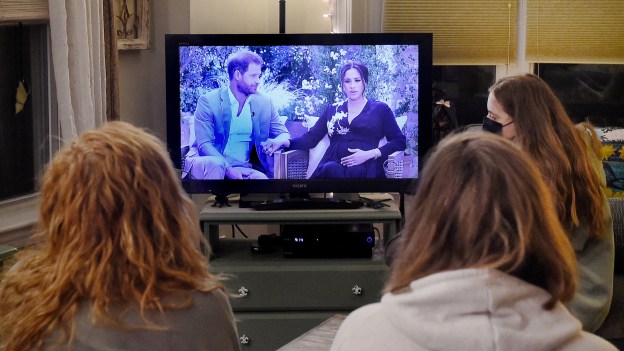 Oprah Winfreys’ production house Harpo Productions and CBS laugh all the way to the bank.
While it is known that both Prince Harry and Meghan Markel did not make any money from their interview with Oprah Winfrey, the interview presented a very lucrative deal for Orah never the less.
CBS paid $7-9 million to Harpo for the interview rights, and CBS now has the right to air this interview in international markets.
Meanwhile, CBS too, has had made significant moolah on this interview as more than 49.1 million across the world have watched this bombshell of an interview. 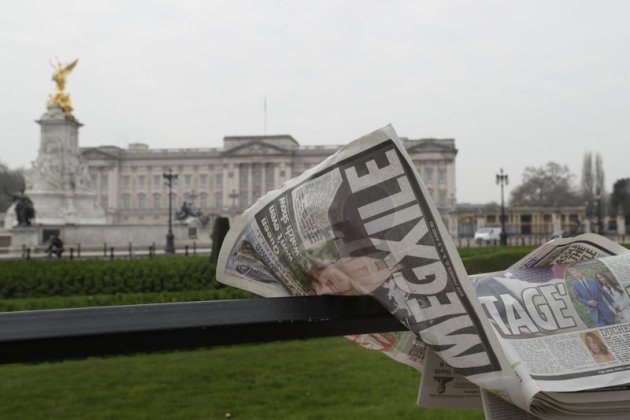 What was the impact on the Royal Family of Britain?
While the interview spread like wildfire as millions tuned in to watch Prince Harry and Megan talk about their experiences, the Royal Family took a little time to react to this explosive interview.

As the reactions came pouring in from different parts of the world, Buckingham Palace issued a statement on behalf of the Queen.
Though the statement had been prepared earlier, the Queen wouldn’t sign on it and hence the delay as the Queen wanted more time to think out her response.

Finally, as Buckingham Palace issued the statement, it is unknown whether it is the Queen who put the word together or it was the same that was prepared initially.

The message from Buckingham Palace only made vague references “the issues raised” and did not directly respond to the more severe claims made in the interview, which included the bit that Megan did not get the help she needed when she was struggling with mental health issues and that a member of the royal family had made comments regarding their son Archie’s skin tone.

The Palace simply said that the concerns raised “are taken very seriously and will be addressed by the family privately.”

Following these allegations, some of the British politicians have asked for a more formal investigation into racism allegations. 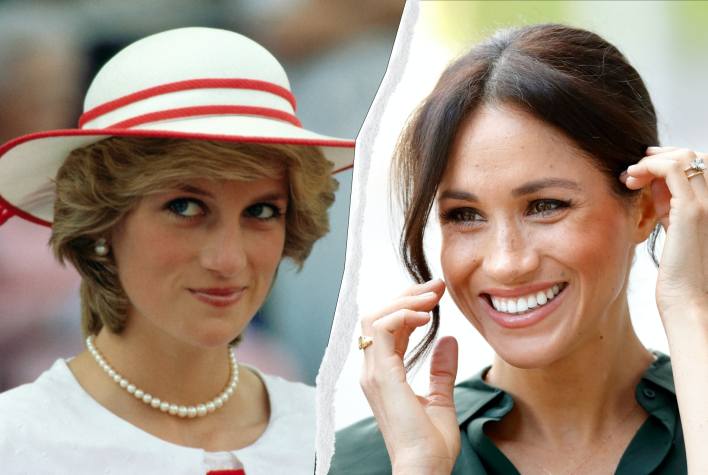 The British Royal face Diana, Princess of Wales, Catch-22 again?
No one can forget the sad and horrid tale of Princess Diana as she had recounted her own experience of being part of the British Royalty.

See also  BEWARE: These States And Cities May Go Under Lockdown Next, Check Rules!

Married to Charles, Prince of Wales and his first wife and Prince William and Prince Harry’s mother had also been quite vocal, Diana’s activism and glamour had made her an international icon.
It had earned her enduring popularity as well as exceptional public scrutiny, worsened by her disturbing private life.

Marrying Prince Charles and five years into the marriage, the couple’s incompatibility became the talk of British tabloids yet again, even as Prince Charles resumed his relationship with his former girlfriend, Camilla Parker Bowles.

Many attempts to reconcile the differences between the two were unsuccessful, and later, the Queen had directed the two to opt for divorce, which was backed by the political honchos as well.

Princess Diana’s life, her candidness can be found mirrored in Meghan Markel and her life, only this time, fortunately, she has the support of her husband, Prince Harry.