On June 15, China and India’s military troops clashed in hand to hand combat along a disputed border in the Himalayan Mountains, resulting in deaths from both sides. This was the deadliest confrontation between India and China along that border in 45 years, marking a dangerous escalation between the two nuclear powers.

What’s going on between India and China? In the 1950s, a term was used to describe the relationship between India and China “Hindi Chini Bhai Bhai”, which means ” India and China are brothers”. However, that was the exception rather than the norm, with a deep-seated mistrust on both sides still felt today. Two years after India’s independence in 1947, the people’s republic of China was founded in 1949.

Despite attempts to establish a cordial relationship such as the India-China Friendship Association, cracks were already appearing in their bilateral relations. For one, China never accepted a border drafter by the British in 1914 demarcating the frontier between Tibet and British India, also known as the McMahon line. The ambiguity of the 550- mile line, which India recognizes as it’s the legal border, soon became a source of tension between the two Asian neighbors. It culminated in the Sino-Indian war in 1962. The battle lasted a month and China made inroads past the McMahon line while India suffered heavy casualties. Over the next few years, India managed to recover lost ground amid occasional clashes between the two countries, including one in 1975, which brought 45 years of uneasy peace at the border. Despite efforts for détente in the following years between the political leadership of both countries, the issue remained unresolved. Between 1993 and 2005, India and China signed a series of border agreements, including a 1996 agreement prohibiting the use of firearms in the volatile area.

So what are both sides fighting over and what is the significance?

The McMahon line forms a part of the long border between China and India, which extends for more than 3,488km in the mountainous region of the Himalayas. This frontier is referred to as the line of actual control, or the LAC, which includes landmarks such as the Pangong lake and Galway valley. No official records or real-life markings are delineating the actual LAC resulting in grey zones between the Chinese and Indian patrols. The LAC fringes mountains, valleys, and plateaus making the flow of goods and activities laborious. As a result, India has been upgrading its roads and military infrastructure for over a decade, which will allow the rapid deployment of its forces. Galwan River, where the latest fatal confrontation occurred, had a vantage point of a road being built by India, which makes it a strategic and significant location. China has also been building its infrastructure and military outposts along the LAC, including a highway connecting China’s sensitive region of Xinjiang and Tibet. The country also has more infrastructure projects west of the LAC, which connects China and Pakistan as part of its belt and road initiative, adding to India’s wariness.

But the tension between India and China goes beyond their land borders. And given their economic might, this will have broader implications for the region and the rest of the world too. The two countries make up about 36% of the world’s population. China has the second-largest economy in the world with a GDP of more than 14 trillion dollars while India takes the fifth spot with 2.9 trillion dollars. As their economic growth, both countries have been investing heavily in their military Arsenal’s. In 2020, China allocated more than 178 billion dollars for defense, although many analysts think that the actual figure is much higher. 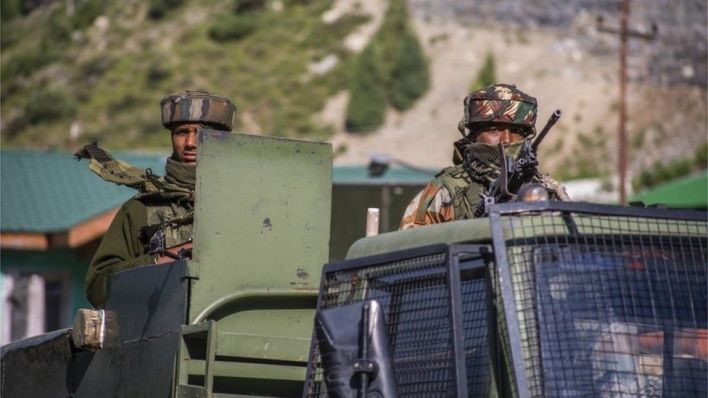 Meanwhile, India’s defense budget stands at around 73 billion dollars. The Stockholm international peace research estimates that China has 320 nuclear warheads, while India has 150. Even before the latest flash, geopolitical tensions between the two juggernauts have been on the rise of late. India’s neighbors- Pakistan, Sri Lanka, and Nepal- have forged closer ties to China in recent years under its Belt and Road initiative. To counter the rise of China, India has sought closer ties with strategic players such as the United States, Russia, Japan, and Australia.

“What you will see is that India is trying to find its way to put pressure on China. India will be trying to improve its relationship with Australia, with Japan, with Vietnam, with the United Kingdom, with all the countries who are worried about China to give itself a little bit of leverage”. – CNBC.

The pandemic has taken a toll on the economies of both countries. This means that the dynamics between Beijing and New Delhi have shifted too. As companies evaluate their supply chains in the wake of the pandemic and the trade war between the US and China, India has been positioning itself to lure more foreign investment. In recent years, Prime Minister Modi’s office has pushed for India to be self- reliant and has imposed curbs on Chinese imports and investment. 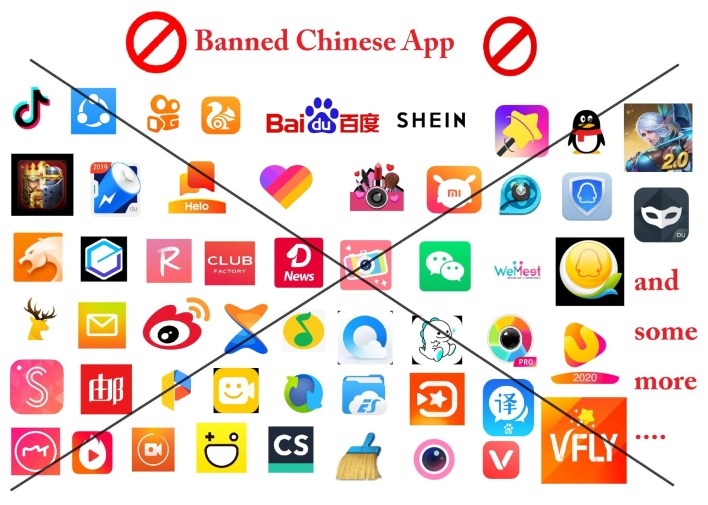 The latest flash has also led to a boycott of Chinese companies in India, including a ban of nearly 60 Chinese apps such as TikTok and WeChat, while Chinese firms Huawei and ZTE may be excluded from the rollout of India’s 5G network. Indian startups – which have been courting Chinese funding in recent years – are also finding themselves in a quandary. Indian food delivery unicorn Zomato raised 150 million dollars from China’s Alibaba Group in January 2020, while its competitors Swiggy is backed by Tencent and Meituan-Dianping.

We are talking about a world in which China is going to have curtailed economic relations with the world’s leading superpower, the United States, and the world’s most important emerging market, that is India. There’s gonna be a very different economic picture as the US-India relationship covered around this problem, and every corporate officer and institutional investors need to be prepared for a world in which you have a confrontation against China by two of the most important democracies in the world.

While it is unlikely that the border clash will lead to a full-blown military conflict between India and China, the saber-rattling hasn’t ceased. The confrontation may just widen their geopolitical rivalry on other fronts in an increasingly divisive world. India might be a developing country but it does have support in its side and if a fight is to erupt, India will surely not back down.

The fight between the two most powerful countries in Asia will continue in the near future, but what about the people who are stuck between them? What about the lives of the soldier who are being martyred mercilessly? One can make many strategies for war but one also uses the same about of dedication to finding peace between them. When a day comes when India and China truly extend their hands for peace without any deception will be the day the entire world will see a Brotherhood raised for a Better Tomorrow.

"STRATEGIC AND OPERATIONAL MANAGEMENT TASKS ARE JUST A PIECE OF CAKE NOW, only because of PNJ HUB"