On 3rd July 2021 Pushkar Singh Dhami was appointed as the new Chief Minister of Uttarakhand. He has been the MLA from the Kumaon region in the Khatima constituency two times. He was appointed on an urgent basis without the consideration of having elections, the reason of which is said to be the existing covid crisis.

His name was announced by the BJP legislative party in the BJP headquarters meeting for the post of 11th Chief Minister of Uttarakhand on the basis of his achievements and other aspects. He was appointed due to the voluntary resignation of Tirath Singh Rawat who was the former Chief Minister of Uttarakhand. The reason for his resignation as mentioned by the veteran Congress leader Harish Rawat is the complexities that are related to the constitutional aspects. 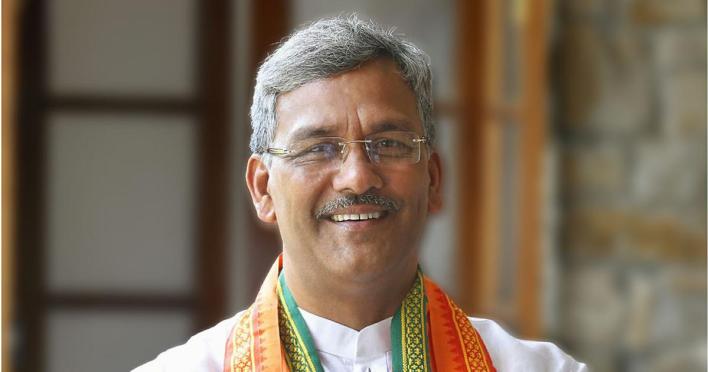 However, the absence of elections for the appointment of the Chief Minister in Uttarakhand seems to be puzzling and doubtful as several other events are taking place in the same conditions. Tirath Singh Rawat asserted in his statement that he is very sure that the BJP government would come to rule even in the 2022 elections which were said several hours before the party legislature meeting was held. 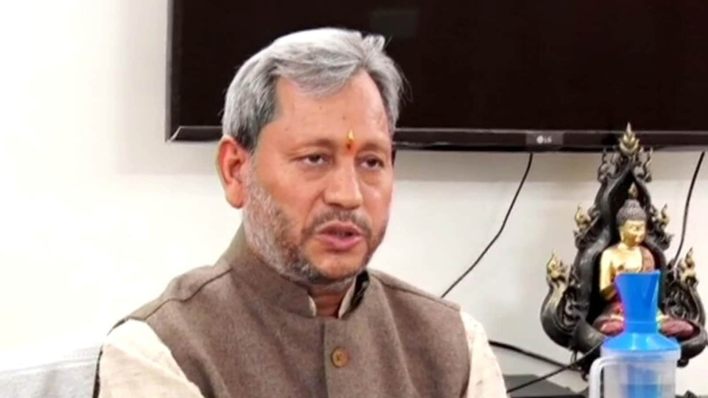 Speaking of the actions and controversies that were held relating to the former Chief Minister Tirath Singh Rawat included his viewpoints and assertions on women’s clothing, the amazing handling of the covid-19 pandemic, and the criticism that he gained for allowing “Haridwar Kumbh Mela” to be held without the presence of any restrictions that were related to covid-19 at that point in time.

He talked about women’s clothing in the month of March 2021 where he mentioned that he was shocked when he saw a woman who was the leader of an NGO who wore ripped jeans which according to him signified improper dressing and ethics.

According to him, it was a shameful act to wear such clothes by women which might even harm society’s thoughts and their ideas. He criticized her for what inspiration she is setting for the society in general which was criticized by Priyanka Gandhi by posting the pictures of the prime minister Narendra Modi and Nitin Gadkari, the Union Minister, who wore white shirts and khaki shorts.

Though Rawat apologized for his comments but became a significant focus for controversies that were negative in spite of his statement that mentioned that he had no problems with women wearing jeans. He however failed to accept women’s choice of clothing is an independent decision of their own and there is nothing to criticize them for, and instead stated that wearing torn clothes is not appropriate for the Indian society.

Later he again took a focus of criticism and media because of his decision of opening the Haridwar Kumbh Mela in Haridwar without even considering the restrictions that were formed for the covid-19 situation. His statements look like those of the uneducated when he mentioned that ‘Maa Ganga’s blessings’ would prevent any disease or obstructions that the people might face during the journey.

See also  Nearly half of global workforce at risk of losing livelihoods due to COVID: ILO

The decision proved to be a great failure as it not only worsened the covid-19 situation in India by making the devotees who visited the Haridwar Kumbh Mela test positive of covid-19 but also because of the fact that he was a man of great power in Uttarakhand who took such a shameful decision when the lives of people were at stake in huge numbers.

However, in spite of all the decisions that are made by the BJP government, it seems questionable to appoint a Chief Minister without the establishment or occurrence of any elections in the state. It hinders the idea of democracy and the right to vote of people and select the representatives by themselves.

The government should not have taken a decision as such because there are several other events that are happening in the covid-19 situation. Even the elections have been earlier taken in such a situation during the same phase-in time. This is again something that puts a huge question mark on the judgment of the BJP government and the rule that they have established there.

The right to vote should have been given to the citizens of Uttarakhand in order to select their representatives as now no one would be held accountable for choosing the Chief Minister of Uttarakhand who is Pushkar Singh Dhami. The only support that Pushkar Singh Dhami had was from the BJP government and this authority remains questioned in spite of the agreement that was given by several people in the legislative meeting. It is completely inappropriate, especially the reason that has been given for the absence of rightful elections in the state of Uttarakhand.

See also  World Press Freedom Index: India has slipped to 150th rank, becomes one of the most dangerous nations for media.

Also, there was no significant announcement for criticism by the BJP government when the last Chief Minister Tirath Singh Rawat took the decision of opening up Haridwar Kumbh Mela which however led to several losses of life and other hardships that came along.

The decision was taken by whoever should have been criticized and there should have been a process of appropriate elections to be held instead of doing things in a hurry and with immediate effects. None of us know about the prior achievements of Pushkar Singh Dhami and neither is he said to be accepted by the common public yet. This leads to a big question mark on the BJP government as well as its decision-making powers, as such drastic and immediate steps shouldn’t have been taken. The judgment could have been considered if no other major event that included people were being held in the nation.

Air India: The rise and fall of the Maharaja