Amazon facilitated donations to UK charities with links to Islamic extremism through its service Amazon Smile, The Times reports.
The Amazon Smile scheme donates 0.5% of a shopper’s Amazon purchases to their chosen charity. Amazon donates the money, and the programme launched in the UK in November last year.
At least two of the charities listed by Amazon as eligible for donations were backed by Haitham al-Haddad, a controversial imam who has been classed as an Islamist preacher by the UK government. The charities are the Muslim Research and Development Foundation (MRDF), and Helping Households Under Great Stress (HHUGS).
Al-Haddad is an Islamic scholar who advocates hardline orthodox beliefs, such as homosexuality being a sin, that men should not be questioned for beating their wives, and that the punishment for adultery should be stoning. He has said that he is against ISIS and other extremist groups.
While al-Haddad is now the former chairman of the MRDF, chief executive of counter-extremism think-tank Quilliam Haras Rafiq told Business Insider that he is still the spiritual head of the organisation. He described al-Haddad as a “hardcore Islamist.”
The UK government’s counter-extremism commissioner Sara Khan told The Times, “Haitham al-Haddad’s views are misogynistic, racist and homophobic. They promote a supremacist ‘us versus them’ world view that wrongly makes Muslims feel that they can’t be fully British.”
Business Insider also spoke to Imtiaz Shams, chair of Humanists UK’s Faith to Faithless group, which defends people who have left their religion. Shams has met Haitham al-Haddad, and described him as a “very, very slippery guy.”
“No charity should have someone like that,” he added. To Shams, al-Haddad’s anti-gay and anti-apostate rhetoric means “he should be treated like a neo-Nazi.”
The charities were first identified in a paper published in February by the right-leaning thinktank the Henry Jackson Society. Researcher Emma Webb, who specialises in non-violent Islamic networks in the UK, told Business Insider: “It became apparent to us quite quickly that a lot of these groups had charitable organisations attached to them.”
In a statement sent to Business Insider, Amazon said that it was investigating the allegations from The Times but that it takes its cues from the UK’s charity regulator.
“We rely on the Charity Commission, the official charity regulator in England and Wales, to determine which organisations are eligible to participate. If a charity no longer has charitable status because that organisation supports, encourages or promotes intolerance or discrimination and has been removed from the Commission’s register, we will remove them from the service.
“The… organisations in question are approved by the Charity Commission, however, due to the serious nature of these concerns, we have referred these allegations to the Commission and will be conducting a full review to ensure they do not violate our policies,” an Amazon spokesman said. He also said that the company has 6,000 charities listed on Amazon Smile.
It isn’t clear how much money Amazon may have funnelled to these charities.
“In my view there has been a number of failures here,” said Quilliam’s Rafiq. He said Amazon had a legitimate defence in relying on the UK’s charity watchdog for guidance, but also that the tech firm may need to look at how its platform could be manipulated.
“Amazon is one of the last tech organisations to really look at who they’re actually supporting,” he said. He attributed this to the fact that social networks like Facebook and Twitter have had to get to grips with extremist content on their platforms, while Amazon is predominantly a shopping service.
Source: Business Insider
To Read Our Daily News Updates, Please Visit Inventiva Or Subscribe Our Newsletter & Push.

Chinese man arrested for stealing electricity to mine Bitcoin 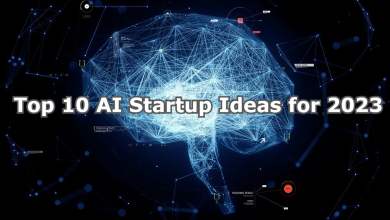