By Claire Burke, Edited by Kate Dwyer
We are back again with our annual update on the state of female-led companies raising institutional capital in NYC using Series A rounds as our barometer.
Overall, the total number of Series A deals in the U.S. declined in 2016, but NYC-based female CEOs 2016 represented 17% of total Series A’s raised.

This represents the highest annual percentage of Series A raises by female CEOs in NYC since Female Founders Fund began tracking this data in 2013.
Based on significant fundraising totals over the past two years, normalized valuations, strong technology M&A and an improved tech IPO market, it looks like 2017 will be a robust year for venture capital investment. Investors, less enticed by the allure of the “unicorn,” have returned their focus to promising young companies with more conservative valuations.
The fact remains that 2016 saw fewer closed Series A rounds in the U.S. overall, which has led to the continued increase in the dollar amount of seed rounds, more bridge rounds, more time between seed and Series A, and an increase in the dollar amount of Series A deals.
Despite the uncertainty that surrounded the U.S. presidential election, the year was dominated by strong female voices in tech. This measurable change in sentiment had a meaningful impact on the state of female entrepreneurship in the United States.

The year 2016 marked a time when national conversations about the importance diversity and inclusion peaked. Today we see more women than ever starting companies that are built to scale, with passionate founders whose eyes are set on changing the world. The support, resources, and niche funding opportunities that women founders have in cities like New York, LA and San Francisco are continuing to grow, and as a result of this new zeitgeist, female entrepreneurs are increasingly starting businesses in a wider set of industries. 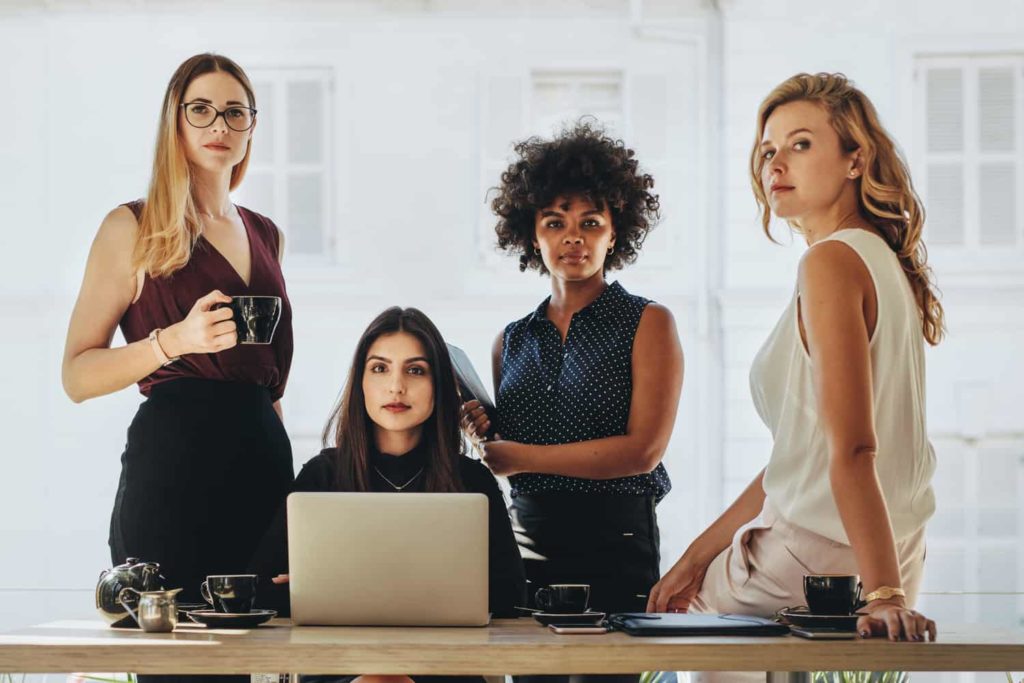 As investors in exclusively female-run businesses, we have noted that while many female-run companies focused on e-commerce, lifestyle, and other consumer-facing sectors in previous years, we’re seeing more deep technology startups and enterprise-focused companies than ever before. We are excited by this change and look forward to seeing what 2017 has in store for female entrepreneurs in these traditionally male-dominated industries.
Note that the data below contains information on reported financings. If we are missing anything, please let us know. Our primary sources are Mattermark, Crunchbase, and CB Insights.
Key takeaways are bulleted in the latter half of this article.

Our 2016 analysis began with an overall review of Series A rounds globally, nationally and regionally.

Series A Rounds in 2016:
Globally: 1,272
United States: 600
Bay Area: 187
NYC: 84
Boston: 31
Los Angeles: 38
Seattle: 26
Austin: 7
Washington D.C.: 17
The total number of Series A rounds in the U.S. decreased by 10% in 2016. Of the seven regions that we track in the U.S., Seattle is the only region that experienced an increase in the number of Series A raises in 2016, at 4%.
While overall Series A activity declined slightly in Los Angeles, there were two large Series A raises for female-led businesses — (i) HopSkipDrive, led by CEO Joanna McFarland, which raised $10.2 million in January 2016 from Upfront Ventures and FirstMark Capital; and (ii) Hutch, led by CEO Beatrice Fischel-Bock, which raised $5 million in July 2016 from Founders Fund. Los Angeles remains among the most female entrepreneur-friendly cities in the U.S..
A year ago, we provided our second annual analysis, comparing Series A financings in 2015 with 2014. In 2015, 14% of all A rounds in NYC had female CEOs.
In 2016, 14 companies with female CEOs received Series A funding in New York, comprising 17% of all A rounds in the city. Compared with 2015, the number of female-led companies raising Series A rounds increased by 8%. We had predicted that in 2016, at least 15% of the total A rounds raised in NYC would be completed by female-led companies, noting that female-led companies would continue to attract and raise institutional capital despite a less active market. We are encouraged by the result, and hope to see continued improvement in 2017.
In NYC, the largest A with a female founder CEO was Rockets of Awesome (a Female Founders Fund portfolio company), which raised $12.5 million from August Capital at the end of 2016. The next two largest A’s were Ellevest and CoheroHealth, which each raised $9.0 million with Ellevest led by Aspect Ventures and Khosla Ventures, and CoheroHealth led by Three Leaf Ventures and Zaffre Investments. 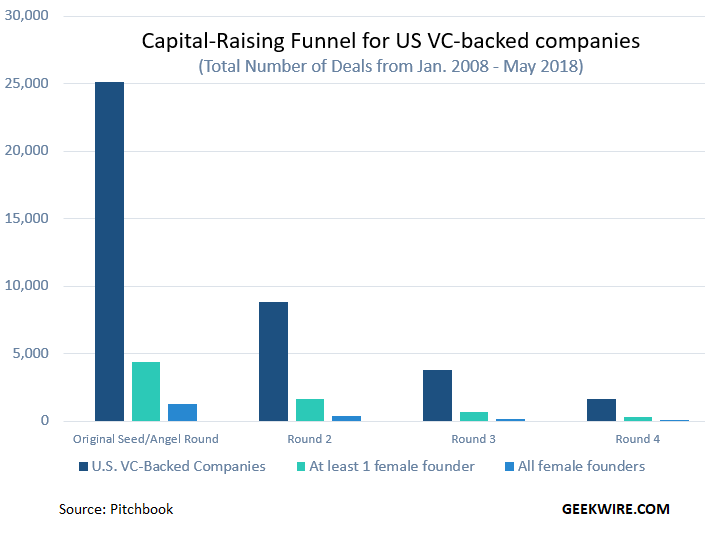 In terms of sectors, six of these 14 female-led companies are e-commerce (Primary, Sakara Life, Rockets of Awesome, LOLA, Away and one undisclosed company). Two are healthcare companies (CoheroHealth and Everplans) and two are SaaS companies (Shoppable and Pymetrics). There is one company each in financial services (Ellevest), hardware (goTenna), media (Thrive Global) and energy (Uncharted Play).
There was also greater diversity among the VC’s investing in female-led companies in 2016. Female Founders Fund remained the most active investor, participating in 3 of the 14 — or 21% — of all female-led A rounds in NYC.
In the Bay Area, 18 companies that received A funding in 2016 were led by a female CEO, or 10% of the total. Growth in the number of deals increased by 6% in 2016, and the percentage more or less held steady, increasing by 2% over 2015.

Series A Rounds in 2015:
Globally: 1,164
United States: 664
Bay Area: 205
NYC: 96
Boston: 50
Los Angeles: 40
Seattle: 25
Austin: 22
Washington D.C.: 17
Overall, New York remains more female-founder friendly than the Bay Area, as the percentage of female-led companies raising Series A is greater in NYC than in SF. As forecasted, larger seed rounds have led to a decline in the overall number of Series A rounds in both places.

In 2015, there were four total Series B rounds led by female founders or CEOs in New York. In 2016, there were nine, representing a sizable increase. These are examples of women who have found product-market fit and have been able to attract venture capital from established funds to further scale their businesses. Raising a Series B is a more challenging prospect than raising a Series A; the significant increase in the number of female-led companies raising a B in 2016 reflects highly on these women, their companies and institutional investors.

Every Writer, Creator And Entrepreneur Needs An Email List

How my parents destroyed everything I knew about business