Less than a month after rebranding as Canoo, the startup electric vehicle company formerly known as Evelozcity is on the hunt for $200 million in new capital.

The startup, which is backed by a clutch of private individuals and family offices hailing from China, Germany and Taiwan, is hoping to line up the new capital from some more recognizable names as it finalizes supply deals with vendors, according to a person with knowledge of the company’s plans.
Canoo is locking in final contracts with its vendors and is going to be in production with prototypes before the end of the year. The company, which will make its vehicles available through a subscription-based model, already has 400 employees and just announced new key hires along with its rebranding.
It’s a quick ramp for a company that only two years ago was struggling to extricate itself from the morass that was Faraday Future.
Canoo began life as Evelozcity back in 2017. It was formed after Stefan Krause, a former executive at BMW and Deutsche Bank, and another former BMW executive, Ulrich Kranz, absconded from Faraday Future amid that company’s struggles.
Reportedly, Krause and Kranz left over repeated clashes with Faraday’s founding team of Jia Yueting, the main investor and shareholder, and Chaoying Deng, according to the Verge.
The situation at Evelozcity became so toxic that after the two men left, Jia accused them of “malfeasance and dereliction of duty.”
The company was launched in secret, but news of its existence came to light after Faraday Future filed a lawsuit accusing the new company of the theft of trade secrets.
Now, Canoo is rounding out its executive team and pushing forward with plans to bring prototype vehicles to market by the end of the year.
Olivier Bellin joined the company as its head of operations from STMicroelectronics, a Geneva-based semiconductor company where he served as chief financial officer of the company’s U.S. operations.

Canoo said that it intends to use a modular “skateboard” approach to its vehicle design where different form factors can rest atop its chassis. The company touts that its different cabins can be tailored to suit the needs of different customers — ranging from commuter vehicles, public or group transportation, delivery vehicles and private cars.
The company is also crafting its user interface and subscription services around its passengers and renters. To that end, Canoo has brought on James Cox, a former Uber executive in charge of product operations for the ride-hailing business’ rider application, who will be developing digital products for the company’s initial customers, according to a March statement.
Initially, Canoo will target customers in Los Angeles and the Bay Area, with additional plans to expand to San Diego and Seattle when the company brings its commercial vehicles to market in 2021.
Canoo plans to use blockchain technology to secure its subscription services and ensure an asset-light approach to development by outsourcing its manufacturing in the U.S. and China, according to one person with knowledge of the company’s plans.
With the development of that subscription model, the car company is taking a page from the playbook other automakers are beginning to toy with. Despite the fact that Cadillac cancelled its Book subscription service late last year, companies like BMW, Volvo and Porsche have all pressed on with their experiments with subscriptions.
As it rolls out its subscription service, Canoo is targeting a lower price point than its competitors for its fully electric and “autonomous-ready” vehicles.
At the end of the day the company believes that there are more than 35 cities around the world that are suitable for its offering.
And now that the lawsuits are over and Faraday Future continues to wobble, it seems that plans for Canoo are gathering steam.
The rebranding effort, and the company’s new name itself, is indicative of its goals.
“We picked Canoo because it sounds distinctive, looks cool and creates a feeling of both relaxation and movement,” said Krause, in a statement. “For thousands of years, a canoe has been a simple, sustainable transportation device used all over the world.”
Source: TechCrunch

Law as one of the most popular course among students 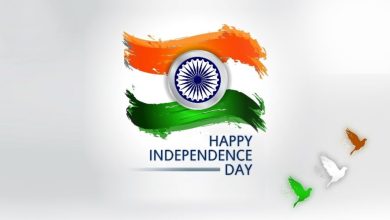