The Congress on Saturday described the first year of the Modi government as a “year of disappointment, disastrous management and diabolical pain”.

Congress leader KC Venugopal said the six years of the Modi dispensation have seen fraying of bonds of empathy, fraternity and brotherhood with increase in acts of communal and sectarian violence.

Congress chief spokesperson Randeep Surjewala said that at the end of six years, it appears the Modi government is at war with its people and is inflicting wounds on them, instead of healing them.

“It is inflicting wounds on Mother India,” he said. “This government is trying to fill the coffers of the select rich and is exploiting the poor and inflicting pain on them,” Surjewala said.

The Congress also released a set of six “myths” about the government,

Highlighting its failures on various fronts and alleging that democracy is under threat and Parliament is being subjugated and side-lined under the BJP-led dispensation.

The two leaders said that while the people of the country are feeling helpless, the government has turned out to be heartless.

On the BJP’s charge of the Congress playing politics over the COVID-19 crisis, Venugopal said the opposition party did not indulge in any politics and gave suggestions instead. “Being a responsible opposition, it is our duty to raise the problems faced by the common people. As opposition, we highlighted the failures of the government,” he said.

Venugopal said the government “is totally insensitive” to the plight of migrant labourers and farmers and the Congress was only trying to highlight the problems and plight of common people and failures of the government in resolving them.

Surjewala also demanded that a virtual session of Parliament be convened immediately to discuss pressing issues and the due process be set in motion for holding of meetings of various parliamentary committees.

“When ‘pradhan sevaks’ become autocratic, the first casualty is the democracy. In fact, democracy is under attack by the Modi government which got elected through this democratic process,” he said.

The Congress leader said subjugation of Parliament has become the norm.

“Sadly and tragically, Indian Parliament has been sidestepped under the garb and guise of COVID-19 pandemic.”

He said standing committees and select committees have been side-lined and given a go-by. Even grassroots democracy of panchayats, zila parishads and municipal councils and corporations have been virtually non-functional with the bureaucracy ruling the roost and the entire country is being ruled directly by the central government.

“This can be fatal for any democracy and more so for Indian democracy. the Congress and 22 political parties have demanded that a virtual session of Indian Parliament should be called forthwith and all standing committees and select committees of Parliament constituted for oversight on government should be activated without delay and the democratic process set in motion,” he said. He also said that justice has been denied to millions of people in the country as the subordinate judiciary has been non-functional for the first time in India’s history for almost 60 days now.

Venugopal said at the start of the seventh year, India stands at a crossroads with its citizens exhausted by the weight of this “government’s sins, ineptitude and callous insensitivity to the widespread suffering”.

“Over the last six years, India witnessed a steady increase in the politics of distraction and false noise, to the point that it has become a defining mainstay of Modi Government’s administrative style. While it served the political interests of the BJP, it came at an unprecedented economic and social cost to the nation,” he said.

“Prime Minister Modi would do well to remember that extraordinary promises beget extraordinary expectations. But as we shall see, even the most ordinary and mundane expectations of keeping a country running were beyond the capabilities of this Government which promised ‘so much’ and delivered ‘so very little’,” Surjewala said. 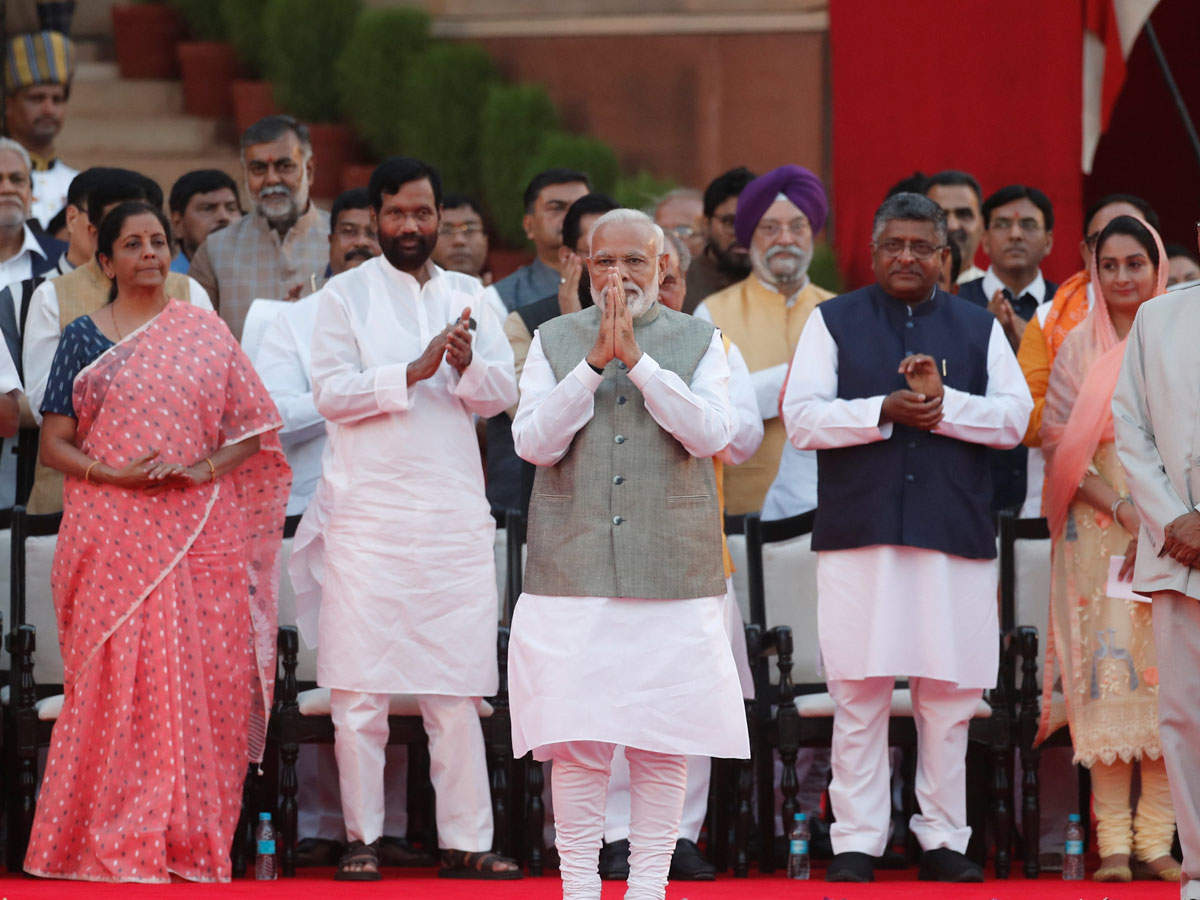 Modi and his cabinet members had taken oath on this day last year for a second term in office.

Rathayatra Without devotees in the time of coronavirus