With most nations embracing democracy for decades now, it is mainly because of its cherished principles of equality and freedom. Checks and balances in the political system further refine this by guarding against any attempts by its leaders to undermine democracy.

Essentially, these checks and balances allow the people to control and dethrone their leaders without going through a revolution.

In representative democracies, apart from the judiciary, checks and balances are mainly provided by the opposition party or parties. A healthy democracy depends on opposition, so it is an integral part of a democratic society.

The power to corrupt and the arrogance of absolute power which corrupts absolutely, the opposition is a prerequisite for preventing the power party from acting against the will and interests of the people.

All Indians loom large under the threat of “the tyranny of the majority,” which won a massive majority in the recent election. When the BJP may attempt with greater vigour to homogenize the nation, a united, strong, committed, credible and responsible opposition is desperately needed.

The political scene in India currently paints a grim picture in this respect, with the opposition parties suffering their worst defeat in the 2019 Lok Sabha election and showing no sign of recovering. A practical and effective opposition exists in a united, strong, responsible, credible, and capable country. In the Lok Sabha, the Congress has lost its position as Leader of the Opposition for the second consecutive time. Factions, casteism, self-centrism, and infighting undermine the other major players at this crucial time. 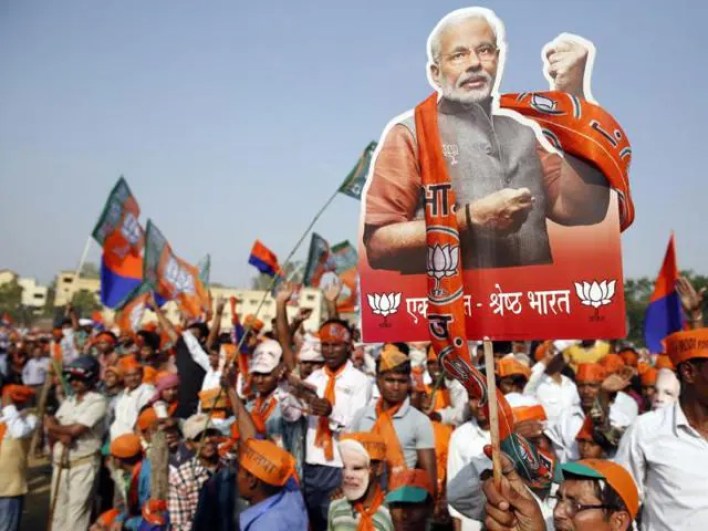 A strong and effective opposition is necessary to ensure a government that performs “with minimum government and maximum governance,” is transparent, responsive, and accountable, and does not disregard the nation’s interests in its actions. As part of the decision-making process for enacting laws for the welfare of the people, a united, committed, effective, and meaningful opposition should be present in Parliament.

Specifically, ensuring that the BJP government delivers on its election promises on poverty, housing, health, education, infrastructure, electricity, water, social security, and farmer income. In addition to that, we hope Modi 2.0 will keep his promises of “Sabka Saath, Sabka Vikas, and Sabka Vishvas”.

As a result, opposition parties in India about Uttar Pradesh, West Bengal, and Karnataka, where the BJP can make huge gains. For the sake of the country, the opposition should rise above fragile coalitions and dynastic politics. The credibility and charm of the opposition need to be reclaimed by a charismatic leader.

The opposition needs to make the Rajya Sabha act like an accurate check and balance system by winning the ensuing elections to the state assemblies. Otherwise, the BJP will use this opportunity to promote its agenda in the Rajya Sabha.

Indian democracy is more at risk from a divided and weak opposition than a muscular ruling party.

In a healthy democracy, the opposition is essential. DRajnath Singh, a Union minister, pointed out rightly that democracy cannot exist without opposition.

No other poet has highlighted the importance of opposition more effectively than the celebrated Tamil poet Thiruvalluvar, who said in couplet 448 of his Thirukkural: “The king with none to censure him shall surely fall when he is free of safeguards.”

We need a strong opposition.

The forces pushing us in a direction different from what our forefathers could have imagined do not have a national political or social organization to fight against. A new ideology is immediately needed. We can learn from farmers in that they focus on single-minded goals and mobilizing, maintaining discipline, and not waging warfare. 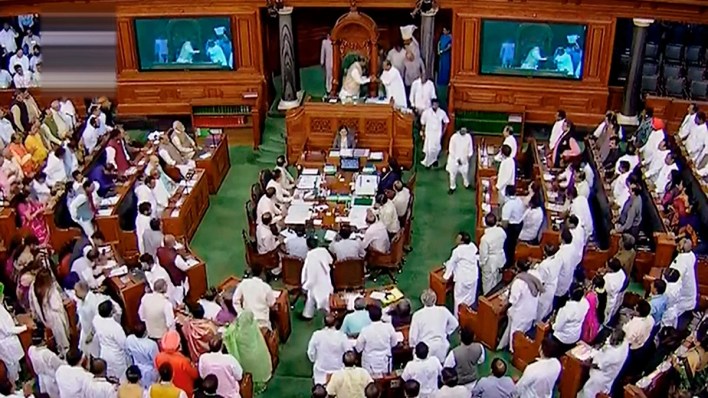 Despite being a brief blip in the history of a nation and people, seven decades can change the direction of the ‘march’ in 1947 when the Red Fort chief said, “we have a tryst with destiny”.

It appears that the last decade has witnessed a complete shift in national politics, economics, social issues, and the parliamentary system. Almost unbelievably fast, the change occurred. Is it that quick? Is it possible that we have been sleeping while a new polarizing ideology has been unilaterally introduced to the country by a politically and socially determined organization, sown in the 1970s and 1980s?

Currently, we lack any national political or social organization to stand up to forces pushing us in directions that perhaps our forefathers didn’t anticipate. In a healthy democracy, alternative viewpoints should be presented in Parliament, media, and even on the street if necessary. Any society that respects human diversity and seeks harmony in the middle ground can only aspire to the “golden mean” through open debate.

During the freedom struggle and for several decades afterwards, the Indian National Congress was the only major political party in the country. To name a few, Jawaharlal Nehru, Dr Rajendra Prasad, Maulana Azad, Vallabbhai Patel, C Rajagopalachari, YB Chavan were the giants of the freedom movement at the Centre.

INC had strong party presidents at the state and national levels, for which there was ample latitude. PM, Cabinet ministers, chief ministers, and PCC presidents lacked any sense of insecurity.

The Constitution did not allow Nehru to usurp any more powers than were authorized by it, but he was fundamentally a democratic parliamentarian despite the absence of an Opposition party. Discussions on all critical issues in confidence with the nation, the Cabinet, the Chief Ministers, and the people. As the CM or PCC chief, he did not need to impose ‘his men’ on the people.

Also, he did nothing to impede the growth of the Opposition parties, other than to debate them in Parliament and to engage the public. The judiciary, as well as separate media spaces, were established. The democratic ethos, dynamic leadership, and uncorrupted leadership enabled a nation that had become independent to adjust to modernity.

Throughout our history, we have emphasized education and the establishment of AIIMS, IITs, IIMs, focused on and formed our Atomic Energy Department, adopted our Constitution, and formulated five-year plans. The Nehru team achieved a lot.

With the arrival of Indira Gandhi, the situation began to change. Her popularity and charisma were again admirable, but she had an innate sense of insecurity. Cabinet members frequently altered the composition of the ‘kitchen cabinet’. As soon as she had the opportunity, she broke up the INC and destroyed the Syndicate. The practice of forcing weak chief ministers and PCC chiefs on the states was introduced by her as well. Since 1971, the CLPs and PCCs were rubber stamps.

In contrast, the Jana Sangh (BJP) and the Left parties were cadre-based while the Congress remained a movement without cadres. With this arrangement, Congress became utterly dependent on the charisma of the Prime Minister to win elections at all levels.

The government took an authoritarian turn after the declaration of emergency and the arrival of Sanjay Gandhi. They were all reduced to being ‘men of clay’: CMs, PCC chiefs, Cabinet ministers.

Throughout this period, the BJP grew and, with the RSS’s help, became one of the country’s most powerful political parties. There is a distinct ideological difference between the BJP and the Congress in its well-trained, disciplined, and motivated cadre.

See also  The Indian Aviation Industry is about to change with the entry of 2 new players.

The coalition government formed under Vajpayee, the BJP, gained an advantage over Congress. No matter where it was in power, the BJP strengthened its base and tightened its grip on the media, the administration, and the judiciary. Through its business and corporate connections, it was able to succeed in the world of business.

Although the Congress had long been in power, it failed to strengthen the party; in fact, it did not attempt to do so and had become reliant upon the Gandhis. In contrast, the BJP-RSS developed an excellent leadership, ideology, and electoral machine. In 2014 and 2019, this machine delivered stunning victories in both the Centre and the states under Modi, a charismatic leader and exceptional orator.

It is not disturbing that ‘a’ party is in power at the moment. Instead, the lack of a strong opposition party has led to many misadventures. Indians need an alternative ideology to present; many silent people do not want to be told what to eat, love, dress, or what to do with our land.

We also need to spell out what we will do with our land. Dissent should not be labelled sedition, and we don’t want to be jailed for voicing opinions. We want to live in peace without being terrorized as free men and women. An opposition that is strong and vigilant is necessary for a vibrant democracy.

Members of Parliament should focus on health, jobs, education, welfare, the environment, and security in a democracy and not be guided by charismatic politicians or hyperventilating media personalities.

It is only through visualizing and laying out their future vision that the opposition can succeed. It would be difficult to defeat them regardless of their ideology, and it would require the encouragement of people’s movements. Politicians can only conduct their work from the street; philosophers can work from their studies.

Our farmers have shown us the way through their single-minded commitment to their objectives, mobilization, and discipline. However, they have no political leader and have always been guided by history. Although the non-violent struggle claimed many lives, they didn’t back down.

How NeoBanks are changing the fate of India's banking system

How do you start a new food truck?