Instant grocery delivery continues to be a very frothy market, but today comes news of a major funding round for one player in it that investors believe will still be standing after the hype has died down.

Flink, the Berlin-based startup that sells food and other essentials at supermarket prices and aims to deliver them in under 10 minutes, has confirmed that it has raised $750 million, a Series B round of funding led by a strategic backer, DoorDash, made at a pre-money valuation of $2.1 billion ($2.85 billion post-money). Flink is already present in some 60 cities across four countries, where it covers 10 million customers; the plan will be to use the funding to continue growing that footprint, both organically and potentially by snapping up rivals (we have confirmed that most of the round is in equity with a small portion in debt for acquisitions). The involvement of DoorDash — which went public in December 2020, has a market cap currently of just under $57 billion, and is making its first foray into Europe with this investment — was a badly-kept secret in this fundraise, with reports of the investment emerging several months ago. We can confirm that DoorDash’s investment officially closed in September, with the rest of the round completed in the months following.

Others in the round included previous backer Mubadala Capital (which backed Flink in a $240 million round made as recently as June) and other unnamed new and past investors. (Previous backers also include German supermarket giant REWE, Prosus, Bond, Target Global, Northzone, Cherry Ventures and TriplePoint Capital.)

What’s remarkable when you consider the size of the funding is that Flink has only been around for a year, and commercially active for just seven months. In a rare interview — the company has been media-shy up to now — CEO and co-founder Oliver Merkel said that part of the reason Flink has attracted attention is because of the founders’ track records. Merkel spent years as a management consultant at Bain working in grocery and retail; co-founders Julian Dames and Christoph Cordes are Rocket Internet alums who respectively founded the Foodora food delivery startup and furniture e-commerce business Fashion for Home (acquired by Home24, where Cordes became CEO). 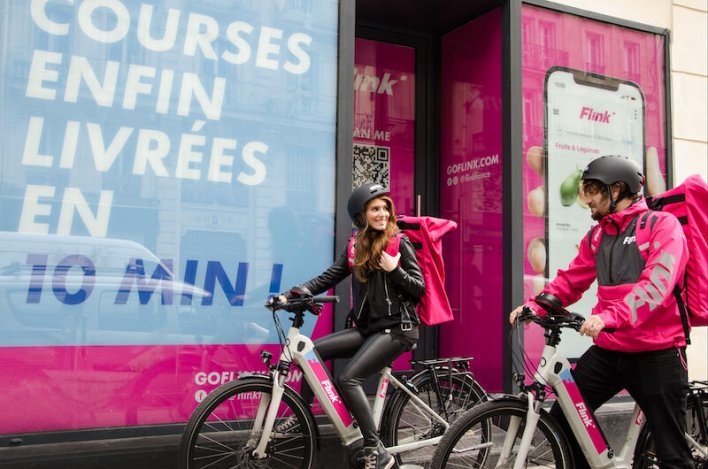 “I think what we bring and why could we win market leadership in such a short amount of time is because we are obsessed about how we do things… and we bring some experience to the table. We made so many mistakes elsewhere, and we hope we’ve learned from those,” Merkel said. (Another reason for wooing investors could be that he’s quite personable for a media-shy person; that last comment was delivered tongue-in-cheek, as were many of the other quips he made off the record.)

This round has been in the works for some months now and the story behind that speaks to volatility and hype in the market at the moment, and where Flink believes it stands out.

DoorDash had originally come to Berlin looking at investing in Gorillas, one of Flink’s big rivals, but that deal fell through over differences between the two management styles and longer-term growth plans. So, the US company began talking with Flink, where it turned out executives were more aligned in their company cultures and approaches to growth. (Gorillas instead raised money from another strategic, Delivery Hero, as part of a whopping $1 billion round.) 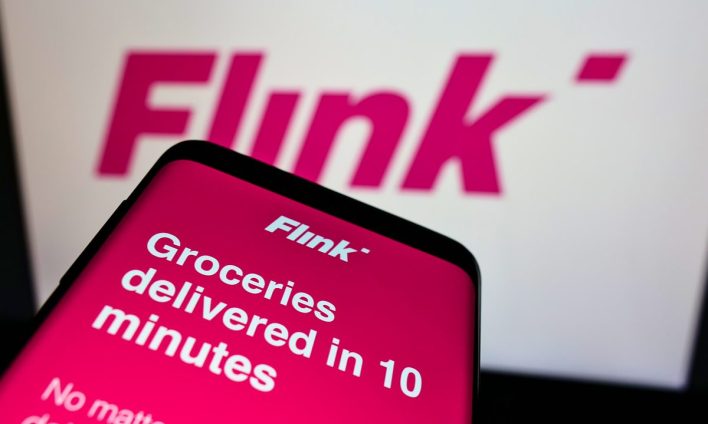 Flink, meanwhile, had been approached by both e-commerce and delivery behemoth Amazon, as well as by another U.S. instant grocery delivery player GoPuff, as an acquisition target.

Both approaches didn’t go anywhere — depending on who you ask, because Flink’s valuation was too high; or because Flink wasn’t interested in selling. Flink at the time was also looking at a potential merger with Gorillas, a massive consolidation play that also didn’t happen at the time.

Whether Gorillas and Flink do ultimately join up, consolidation will likely come one way or the other as the many companies in instant delivery that have popped up in the last couple of years — spurred by the pandemic and changes in how people shopped and moved around — struggle to get profitable, reach positive unit economics, find new customers, and raise more money. GoPuff has been snapping up smaller instant delivery startups in Europe to expand and scale, as has Getir.

And we found out too that Flink itself came very close to buying Cajoo in France, for the grand sum of €1, before Cajoo instead opted to raise $40 million.

(TechCrunch has confirmed the above details with executives across the companies.)

Putting all that M&A intrigue to one side, though, Flink has been quietly building out a strategy for how it plans to tackle the market, and it starts with how it sources groceries.

E-commerce is a business of economies of scale — it’s one reason why it’s so hard ultimately to compete against the behemoth that is Amazon — and the same goes for groceries, which need to be procured by the retailers that sell them. Rather than try to get to a big enough scale to have the best negotiating power for buying in goods, Flink’s approach has been instead to partner with huge retailers and lean on them for those deals. In Germany, that has been its strategic backer REWE, and it has followed the same route with its launches in France and the Netherlands, although Flink has declined to disclose so far who those partners are.

“Flink is on a dynamic growth track, which REWE Group is supporting with its long-term commitment,” said Lionel Souque, CEO of REWE Group, in a statement on the relationship. “This also includes the operational cooperation between Flink and Rewe in the area of purchasing, which continues to develop very positively. Our decision to partner with Flink in April of this year has proven to be successful; Flink is now the number one in Quick Commerce in Germany and is ideally placed to further expand their market leadership.”

In the process, the aim has been to keep the concept of instant grocery delivery as normal as possible and delivered to as wide a range of consumers as possible, not just young urbanites with disposable cash.

“People in big cities are spoiled,” Merkel said. “They get all the new innovations and services, but when we opened in Regensburg” — a significantly smaller town in the south of the country where Flink is now also operating — “it was crazy, the amount of business we got from day one. It’s an indication that our model works everywhere. We want to be the supermarket for everyone. Our pricing is supermarket pricing, and our products appeal not just to hipsters but the fireman, the teacher. Normal people.” It currently offers some 2,500 items in its biggest markets, and following its wide-appeal approach, that selection likely will grow over time.

What will be worth watching also is how Flink grows its talent. At a moment when there are remains a lot of scrutiny — and potentially some big changes ahead — over the rights that gig workers have at the companies where they operate, Flink says that its focus is “fully employed riders with unlimited contracts at a massive scale to cope with customer demand.”

The company says that on average, its customers are taking multiple orders each week, an engagement metric that caught the eye of DoorDash and will be something to watch as part of how the two companies potentially collaborate together in the future.

“We’ve been impressed by Flink’s growth and customer retention,” said Prabir Adarkar, CFO of DoorDash, in a statement. “Oliver, Julian, Christoph, and their team share our operator mindset and bring a wealth of industry experience. It’s not surprising that in less than a year of operating they have established themselves as the leader in key European markets.”

“This funding round is a watershed moment for Flink as it continues on its hyper growth trajectory,” added Amer Alaily of Mubadala. “We are excited to watch them disrupt the instant grocery delivery space amidst an enormous market opportunity in Germany, France, the Netherlands and beyond – and we look forward to remaining a trusted partner to Oliver, Julian, Christoph and their team.”