The latest data from RBI shows that Foreign portfolio investors (FPIs) infused $36 billion into equities this fiscal up to March 10, which is the steepest since FY 13.
The data also shows that, till the end of January this year, net direct investment inflows increased to USD 44 billion, as compared to last year same time, the numbers were USD 36.3 billion, the increase is attributed to considerable inflows in both November and December, a record of USD 6.3 billion was recorded in December itself.

The report further highlights that the quality of FPI inflows improved considerably during this period, category – I foreign investors, which comprise of central banks, sovereign wealth funds, pension funds, regulated entities, and multilateral organizations, increased their respective stakes to a high 95 percent of total equity assets in February end as compared to end – December 2019 figures of 87 percent. 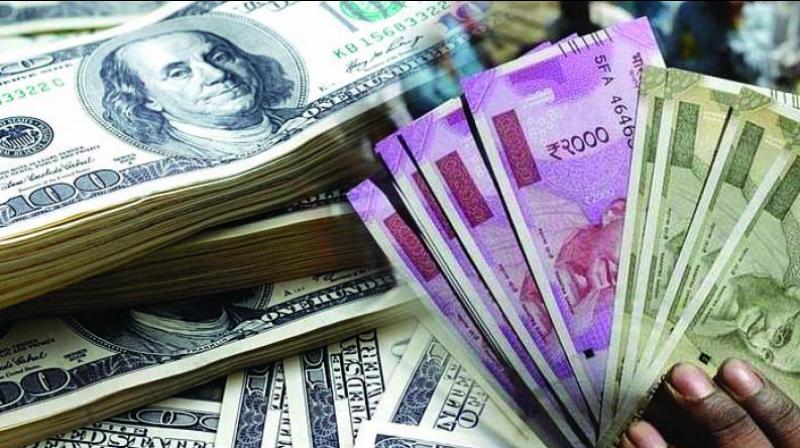 However, the inflows slowed in January primarily because of lower inflows into equities, as per the data from the March issue of RBI Bulletin released over the weekend.
The analysts have said, domestic equities are attractive for foreign investors due to higher returns; a readjust in some of the global indices has led to the net inflows in domestic equities.

The depository data shows that so far in March, the FPIs were the net buyers of equities at Rs. 8642 crore. While the FPIs dispensed Rs. 14 202 crores into equities, they also pulled out Rs. 5 560 crores from the debt segment between March 1 and 9, which led to a net investment of Rs. 8,642 crore.
As per the data in January and February, the overseas investors had invested Rs. 14 649 crore and Rs. 23,663 crore respectively on a net basis.

Baring India, most Asian countries, and emerging markets have registered FPI outflows; the highest FPI outflows have been witnessed by Taiwan this month at USD 4.5 billion.
Simultaneously, there is a gush of liquidity in the global financial markets after the US announced a USD 1.9 trillion pandemic relief package, which ensured a regular flow of assets into emerging markets, including India.

The RBI has also said that the foreign exchange reserves at USD 580, 3 billion as of March 5, are down from the all-time high on January 29, 2021, of USD 590.2 billion, equivalent to 18.2 months of imports.
Meanwhile, India saw a 60 percent increase in fintech investments that surpassed China because of 33 fintech fundraising deals worth USD 647. 5 million.

On account of the pandemic–fuelled proliferation of digital payments, in February alone, the fintech sector’s fundraising increased 46 percent to USD 200 million, compared to USD 137 million a year ago. Post Budget Cheer and the return of Banking stocks
After the announcement of the Union Budget, the markets were buoyed with positive sentiments around the equity markets, other factors that boosted FPIs were the reduction in the number of Covid -19 cases, the rollout of the vaccines, growth in earnings, and the government’s measures to boost the economy.

Also, a sectoral rotation is happening in the market, the pharma sector became the preferred choice in 2020, while the banking stocks underperformed due to the concerns regarding non – performing assets; however, we are now seeing a change in this trend as the banking stocks are being sought after by the FPIs while the IT stocks continue to be a favorite with high delivery buying.
The fact that the Indian companies have shown resilience and have demonstrated growth post-lifting of the lockdown restrictions in the third quarter has led the FPIs to invest in sectors like private banks, consumer, FMCG, and IT.

The trend of FPIs is likely to continue as India’s economic condition is improving much better than earlier assumed. The rising number of cases of the Covid -19 may temporarily affect the markets. However, it may not change India’s long-term appeal.

All you need to know about cryptocurrencies