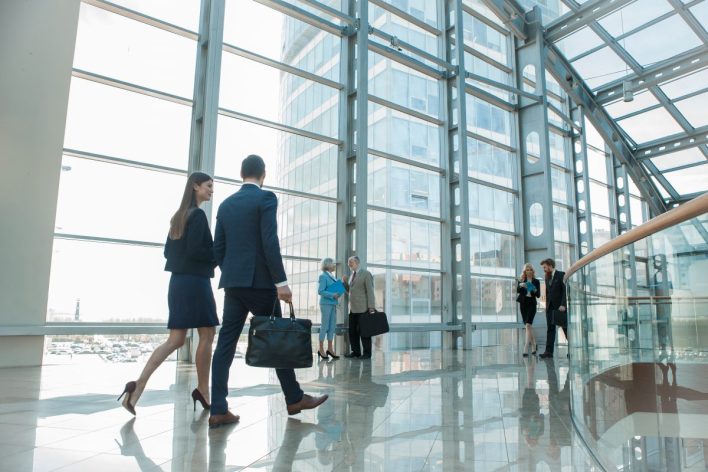 Companies are adopting artificial intelligence (AI) like it’s going out of style, according to a new report by Gartner. The Stamford firm’s 2019 CIO Survey of more than 3,000 executives in 89 countries found that AI implementation grew a whopping 270 percent in the past four years, and 37 percent in the past year alone.
That’s up from 10 percent in 2015, which isn’t too surprising considering that by some estimates, the enterprise AI market will be worth $6.14 billion by 2022. According to the McKinsey Global Institute, labor market shifts will result in a 1.2 percent increase in gross domestic product growth (GDP) for the next ten years and help capture an additional 20 to 25 percent in net economic benefits — $13 trillion globally — in the next 12 years.
“We still remain far from general AI that can wholly take over complex tasks, but we have now entered the realm of AI-augmented work and decision science — what we call ‘augmented intelligence,’” Chris Howard, distinguished research vice president at Gartner, said. “If you are a CIO and your organization doesn’t use AI, chances are high that your competitors do and this should be a concern.”
Among the CIOs surveyed, whose employers represent $15 trillion in revenue and public-sector budgets and $284 billion in IT spending, deployment of AI tripled in the past year, rising from 25 percent in 2018. Gartner credits the climb with the “maturation” of AI capabilities and the rapidity with which it’s become an “integral part” of digital strategies.
That’s in alignment with Deloitte’s second State of the Enterprise compendium released this fall, in which 42 percent of executives said they believed that AI would be of “critical importance” within two years. That same report showed that natural language processing outstripped all other categories regarding growth, with 62 percent of companies reporting having adopted it (up from 53 percent a year ago). Machine learning came in second with 58 percent (up 5 percent year-over-year), and computer vision and deep learning followed close behind, with 57 percent and 50 percent adoption, respectively (a 16 percent increase from 2017).
Despite the progress, a major barrier to machine learning adoption remains for enterprises, however: the lack of workers with AI know-how. About 54 percent of survey respondents told Gartner researchers that they considered the skills gap the biggest challenge facing their organization. That jibes with a report from Tata Communications late last year, which found that a lack of appropriate skills and employees’ understanding about the technologies being adopted were among executives’ top concerns.
In the aforementioned Deloitte report, moreover, more than 20 percent of respondents said they’re seeing a shortage in AI software developers, data scientists, user-experience designers, change-management experts, project managers, business leaders, and subject-matter experts.
“In order to stay ahead, CIOs need to be creative,” Howard said. “If there is no AI talent available, another possibility is to invest in training programs for employees with backgrounds in statistics and data management. Some organizations also create job shares with ecosystem and business partners.”
Source: VentureBeat