If you were discussing today’s tax system, its development, or about the future of taxes, did the term ‘blockchain’ come up? I can bet, it sure did. For not many years, the term blockchain prevailed as a relatively vague technology with apparently very few applications other than finance.
But today, this Distributed Ledger Technology (DLT) is extensively seen to offer promising solutions to many problems faced by governments and international businesses. Talking about the world of taxation, the professionals are asking critical questions about blockchain, especially in the context of indirect taxes.

In 2016, in the World economic forum held in Davos, more than 800 spectators and technology heads were asked about their views on when the government(s) would start collecting taxes using blockchain? The average responses anticipated 2023 while 73% pointed at 2025.
Tax administrations and departments have already shown their interest in the blockchain. They have studied this technology and taken some actions, initially on the academic level to identify the vital areas of applications. It can also be applied to areas which need the harmonization of actions within the tax administration, within administrations and taxpayers, and within their own internal departments. Despite this fact, experts have warned that blockchain is a promising facilitator but not the absolute solution.

Blockchain has the potential to disturb and then powerfully reconstruct accounting and the manner in which tax payments are handled. Since this technology is still in its inception, bringing blockchain to the tax departments will need an innovation both in their databases and the network systems. The fruitful effectuation is not only limited to this field but also needs contemplating every aspect of the governmental work.
Other than altering the existing IT systems, the legal systems will also require off-the-beaten-track changes to implement Blockchain, and they need to reform the tax laws, legal identities, and lots more. This revolution won’t happen overnight; it will need to be planned thoroughly before implementation. Also, the systems will need to be completely redesigned to get the best benefits from this technology.
However, the rewards of this technology on the tax system are difficult to oversee. At the end of the day, blockchain can prove to be a driving force in implementing automated and real-time tax processes for all enterprises – from the big to small.

See also  China looking forward to a 3-child policy- Can it help to avoid the country's approaching demographic crisis?

The Tax System Domains that can be Improvised with Blockchain

Many times, it happens that between the dispatch and the delivery of goods, the ownership changes. For example, when a container loaded with oil or other heavy commodities is in transit, its ownership changes. Whether VAT (Value Added Tax) or GST (Goods and Services Tax) applies, which party will levy it, and what will be the rate? These questions can only be answered if the goods were physically located at the time of ‘ownership’ transfer.
This could be an important case even if none of the involved parties were aware of the time and location of the transfer. Smart contracts could solve this problem specifically for the international or cross-border trade. Further ‘smart devices’, i.e., devices that interact amongst themselves and report the status, position, location etc., can help in confirming that quite a few conditions of the contract are met.

In almost all developed countries, the salary or compensation process is itself digitized. But, there’s a flaw in the tax of the salary process. There are a couple of government agencies which are involved with their own ledgers of data, in fact even duplicating data of other agencies. As per the traditional process, the employers are the intermediaries, who calculate the tax and transfer the tax and social security payments from the employee’s salaries to the right agencies.
By enforcing the blockchain-based smart contract, this problem can be solved. The employers will only need to provide the salary figure of an employee and based on the contract terms, the tax and social security amounts will be auto-calculated. The net salary will be transferred to the employee while the tax to the relevant government agency. This will not only save time but also costs and reduce the chances of errors or frauds.

Exports controls and customs declaration totally depend on comprehensive and precise information to authenticate the origin and destination of the goods, their use, and what they are made of. This not only warrants the right payment of duties but also certifies that illicit or hazardous substances are not traded.
The reliability of this information is important but for sure, can be hard to achieve because often the required details are provided by third parties. They may collect this information from different schemes in an organization. Thus, mistakes can result in penalties, lost opportunities, and expensive delays in transferring goods across countries.
But with blockchain, the customs authorities can access the ledger, verify the complete information like origin, nature of goods, composition, etc., at every and any stage of the chain. They could collect duties automatically as the goods transfer through countries, removing the third-party involvements. This technology could also facilitate them to verify any aspect of the shipment with inevitability, thus maintaining supply chain security with the least number of human officers.

The evolution of blockchain is still at an initial stage and many challenges are yet to be resolved. Furthermore, the Blockchain Technology is commonly used in the cryptocurrencies and the idea of taking it to an already complex system like the tax world can be seen as a ‘work in progress’.
Blockchain has already revealed a lot of benefits and while the big buzz is around the financial domain and banking sector, from a long time point of view, it will also reveal its potential in the taxation world. Digitalization of the tax system is attaining velocity, with not only the developed countries adopting the digitized tax reporting systems but also the developing countries as well.
Source: Techstory 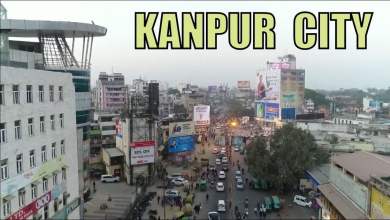 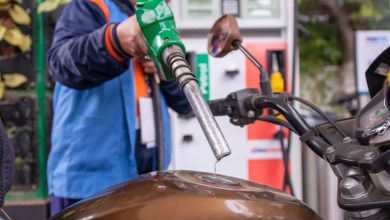 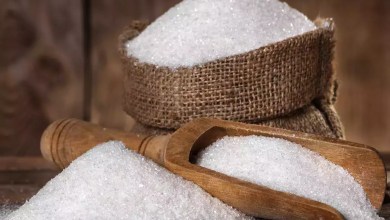