Leena Nair has been chosen CEO of Chanel, a French fashion brand

Chanel named Leena Nair, a former Unilever executive, as its next global CEO on Tuesday, hiring a consumer goods veteran to manage one of the world’s most prestigious luxury goods brands.

Leena Nair (born 1969) is the CEO of Chanel and a British Indian businesswoman. Nair previously worked for Unilever as the company’s Chief Human Resource Officer and a member of the Unilever Leadership Executive. Nair was in charge of Unilever’s human resources, encompassing 190 countries and diverse regulatory and labour contexts. Unilever has been crowned the number one FMCG graduate employer of choice in 54 countries under her leadership. She was in charge of the organization’s Diversity and Inclusion agenda, ensuring that its staff was varied and inclusive. Nair is a proponent of compassionate leadership and human-centred workplaces.

Kolhapur, Maharashtra, is her hometown. She attended Kolhapur’s Holy Cross Convent High School. She studied electrical engineering at Walchand College of Engineering in Sangli before graduating with a gold medal from XLRI in 1990-1992. (Maharashtra). After working in Jamshedpur, she moved on to three different factories in Kolkata, Ambattur, Tamil Nadu, and Taloja, Maharashtra. 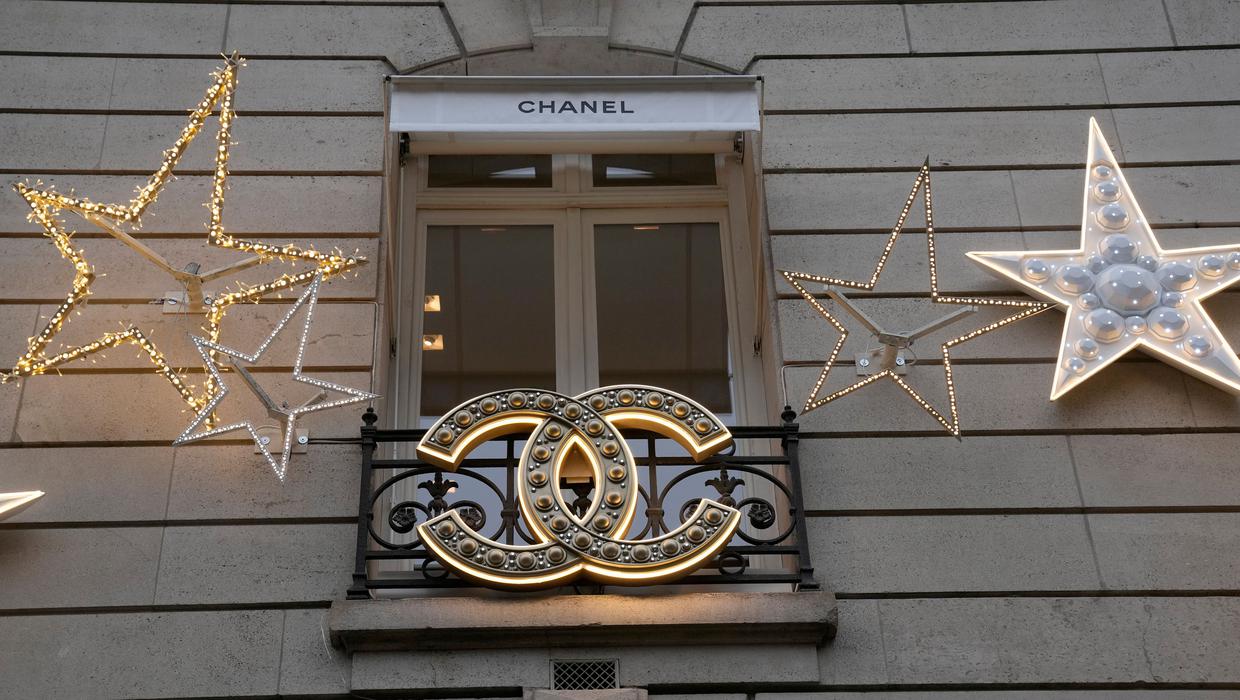 Nair, 52, began her career at Unilever in 1992 as a management trainee. She steadily advanced through the ranks of Unilever, eventually becoming the company’s “first female, first Asian, and youngest ever” Chief Human Resources Officer (CHRO) in 2016. She also served on the Unilever Leadership Executive Committee (ULE).

She previously worked for the British government’s Department of Business, Energy, and Industrial Strategy as a non-executive director.

“Throughout her career at Unilever, Leena has been a pioneer, but none more so than in her role as CHRO, where she has been a driving force on our equity, diversity, and inclusion agenda, on the transformation of our leadership development, and on our preparedness for the future of work,” Unilever CEO Alan Jope said in a statement announcing her departure.

Nair, a British national named to Fortune magazine’s list of the world’s most powerful women in 2021, is known for her people-oriented approach to business. “If you take care of your people, they will take care of the business,” she told the publication.

After Pepsico’s former CEO, Indra Nooyi — who also happens to be her mentor — Nair is the company’s second female CEO of Indian ancestry.

Nair worked at Unilever for 30 years, most recently as chief of human resources and a member of the executive committee. She is a rare outsider in charge of the tightly controlled family design enterprise, which is known for its tweed suits, quilted handbags, and No. 5 scent.

The 52-year-old takes over from Maureen Chiquet, a US entrepreneur with a background in design who led Chanel for nine years until early 2016.

Alain Wertheimer, a 73-year-old French billionaire who owned Chanel with his brother Gerard Wertheimer and had previously served as CEO temporarily, will now serve as worldwide executive chairman.

Chanel was founded in 1910 as a hat boutique on rue Cambon in Paris by fashion queen Gabrielle “Coco” Chanel and has since been synonymous with French elegance.

Chanel is a premium fashion brand based in Paris, France, founded in 1910 by couturière Coco Chanel. It specializes in ready-to-wear clothing for women and luxury products and accessories. Alain Wertheimer and Gérard Wertheimer, grandchildren of Pierre Wertheimer, an early business partner of Coco Chanel, currently own the company.

Gabrielle Chanel earned the moniker “Coco” as a chanteuse in her teens. Coco Chanel catered to women’s tastes for refinement in clothing as a fashion designer, with simple blouses, suits, trousers, dresses, and jewellery (gemstone and bijouterie) that replaced the rich over-designed constrictive clothes and accessories of the nineteenth century. Both male and female models, performers, and actresses such as Margot Robbie, Lily-Rose Depp, Nicole Kidman, Keira Knightley, Kristen Stewart, Pharrell Williams, Cara Delevingne Nana Komatsu, Jennie Kim, and Marilyn Monroe, have all modelled for Chanel.

Chanel is famous for its Chanel No. 5 perfume and the Chanel Suit. Chanel used Jersey fabric to create clothing that was both comfortable and inexpensive. Chanel changed both high and low fashion (haute couture) and daily fashion (prêt-à-porter), by replacing structural shapes based on the corset and bodice with practical clothing flattering to the female figure.

The ‘flat-chested’ clothes made famous by Chanel couture in the 1920s were the polar opposite of the hourglass shape produced by fashions of the late 19th century — the French Belle Époque(c. 1890–1914) and the Edwardian era in the United Kingdom (c. 1901–1919). Chanel employed hues usually associated with masculinity in Europe, such as grey and navy blue, to convey a sense of feminine confidence.

Quilted fabric and leather trims were used in the House of Chanel’s clothing; the quilted construction reinforces the fabric, design, and finish, resulting in a garment that keeps its form and function while being worn. The woollen Chanel suit consists of a knee-length skirt and a cardigan-style jacket trimmed with fur and black embroidery and gold-colored buttons adorn the garment– is an example of such haute couture techniques. Two-tone pump shoes, jewellery, usually a pearl necklace, and a leather handbag were the perfect complements.

Nair’s appointment comes at a time when the fashion industry is under pressure to be more inclusive. After starting as a trainee on the factory floor, he rose through the ranks of Unilever. Nair, who oversaw 150,000 employees at Unilever, will join the company at the end of January and will be based in London, according to the company. The new recruits will safeguard the company’s “long-term success as a private firm,” according to the statement. 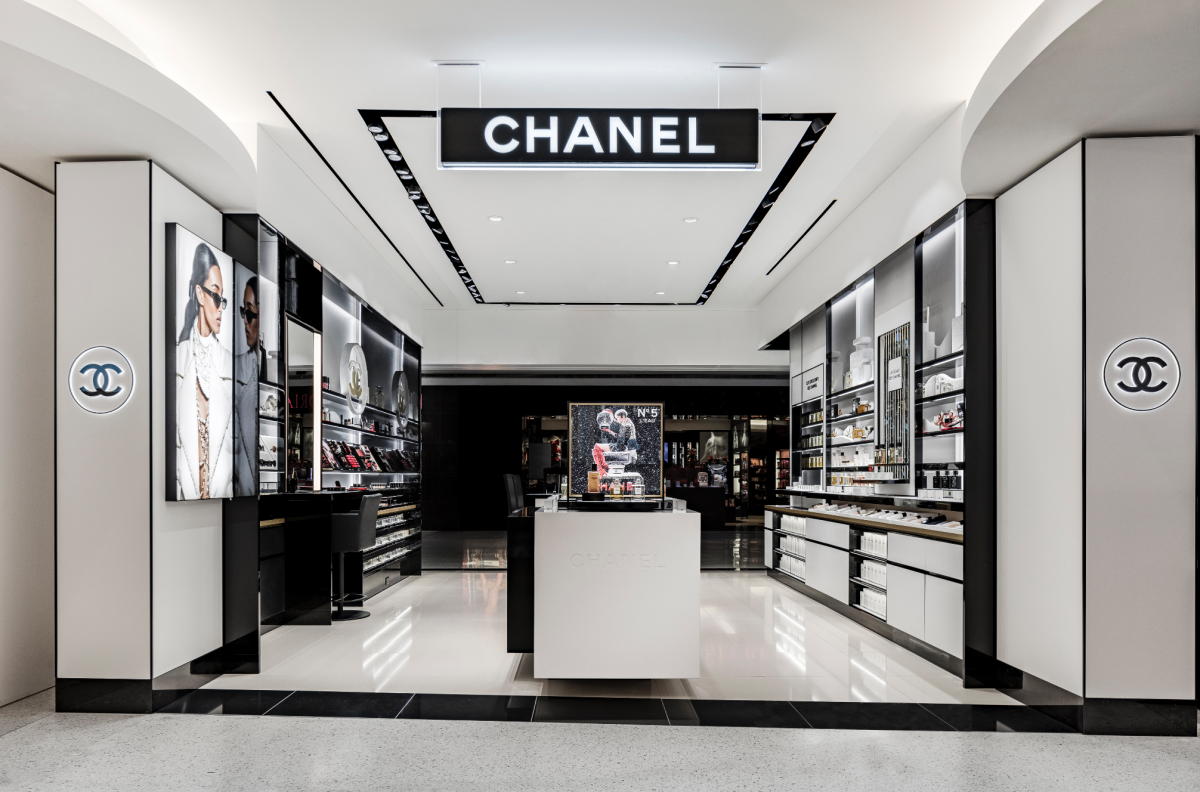 According to a Harper’s Bazaar storey published last month, under her leadership, Unilever achieved gender parity in global management, as well as a pledge to pay a decent wage across the supply chain.

Chanel has struggled for its autonomy and has only lately disclosed financial information. In July, it predicted that sales would increase by double digits this year, up from $12.3 billion in pre-pandemic 2019.

According to Bernstein luxury goods analyst Luca Solca, Chanel is following a pattern of attracting senior executives from the consumer packaged goods business.

Emmanuel Lenain, the French ambassador to India, also took the time to congratulate Nair out of his busy schedule.

How Will Artificial Intelligence Affect Workplaces And Lives In The Future?