A consensus approach is necessary for handling Jammu and Kashmir, an externally sponsored internal security issue. As a matter of urgency, we need to impress upon our audiences. The current situation in Kashmir, involving targeted killings of minorities and those opposed to extremist ideology by quasi-terrorists (and not hybrids), is not just a security issue but requires the attention of both the security and societal sectors.

Unlike proxy hybrid conflicts, there is no one side in the conflict between the terrorists and the security forces. Apart from the fact that such events are part of Pakistan’s 32-year-old proxy war, there is also a political and social aspect to the whole affair. In Jammu and Kashmir, the proxy war has taken one of those twists we have become accustomed to. Different shades of violence have often accompanied it. However, these small acts of violence have a substantial cumulative effect. 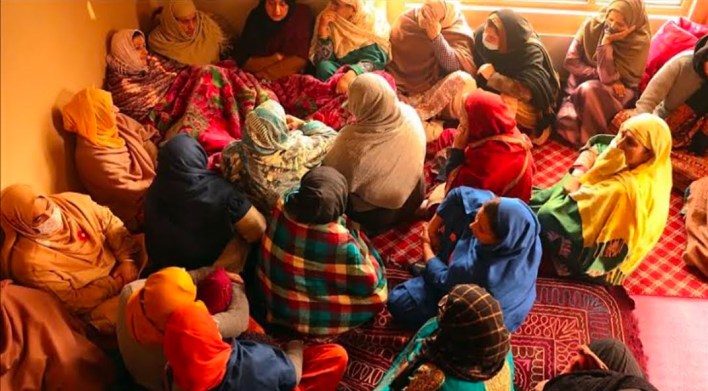 There is widespread regret throughout the world over the targeted killings of Hindus and Muslims living in the Kashmir Valley who are deemed to be opposing Pakistan’s interests and its ethos of political Islam. However, we need to understand why these killings are happening. There are plausible explanations that stem from direct experience, the groundswell of opinion in the Valley, and the observation of well-informed people who regularly observe J&K’s security and politics. The Jammu and Kashmir proxy conflict has always been dynamic.

A successful act or series at the end of a campaign cannot be deemed a victory since counteractions are required to gain back part of what has been lost. A vast Indian initiative in the conflict came on August 5, 2019, when the Narendra Modi government removed J&K’s special constitutional status under Article 370 and reduced J&K to a union territory with Ladakh, which separated it from it.

The decision itself did not guarantee a victory, but its progressive impact certainly made such victory more likely. The incident rattled separatists, ideologues, and other elements opposed to India. As a reaction to the chaotic situation on the streets, the security crackdown was intense. Securitization following August 5 has also reduced the political space despite successful elections to the District Development Council. 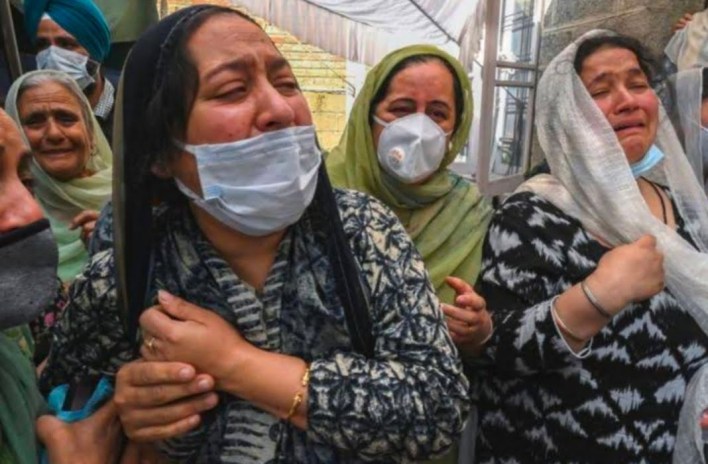 In addition, mainstream political parties at the state level in the Valley were marginalized, and there was no other party to take their place; the BJP’s efforts did not bear fruit. It took two years for the Coronavirus pandemic to prevent the existing situation from recovering. There were over 3,000 terrorist cadres in their heyday on the security side. In the past few years, joint operations of security forces in the hinterland and at the Line of Control have reduced the number of terrorists to about 175-200. I refer to this campaign against 175-200 terrorists as ‘The Last Mile .’

Most anti-terror campaigns encounter an inevitable pushback at this stage, making it all the more difficult. A crackdown on sponsored networks has almost eliminated agitation on the streets. These included political, ideological, monetary, and even media networks. As well as this, the security forces have had many successes. In 2021 eliminated Twenty-two terrorists and in the first five months of this year, they have destroyed over 80. 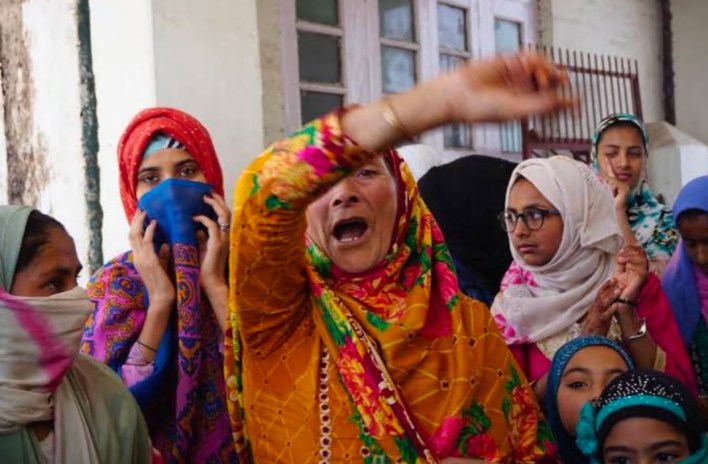 The sponsors of the terror groups in Pakistan aren’t happy about this. Their long-term investment in Kashmir might be ineffective if they did nothing to avoid a FATF backlash. As Pakistan is scrutinized for its links to terrorism sponsorship, it is often referred to as ‘keeping the flame burning,’ reflecting its strategy in J&K.  In 2021, about a month after the fall of Kabul and the US withdrawal from Afghanistan, Pakistan decided to regain separatist relevance and sentiment compromised by our actions.

Two things probably remained at the top of the priority list in the evolving strategy. Two important points must be made: the LoC must stay stable (this allows for India’s internal unrest to be attributed to it), and the campaign should focus on the soft targets. By targeting minorities, police officers, soldiers on leave, migrant workers, and Muslims opposed to the ideology of radical extremism, and young Kashmiri Muslims would abandon all notions of normalcy in the Valley and cause a political uproar.

Rather than recruit hardcore Pakistanis to commit these acts, very young motorcyclists and pistol-brandishing youth were entrusted with the mission. These individuals are not considered terrorists, so perhaps they do not return to repeat these atrocities. Furthermore, we would expect them to be sufficiently radicalized. Kashmiri Hindus, especially government workers and migrant labor, help contribute to the growth of this area along with a growing number of tourists as the Sri Amarnath Yatra enters the Valley in June. 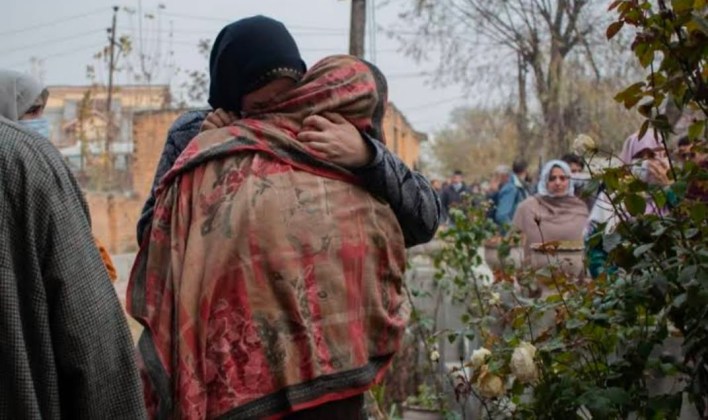 The majority of the minority population lives in hired accommodation with no incidental security, except for a few clusters of government-built housing designed to facilitate the return of the Kashmiri Pandits and Hindus. Vigilance intensified following minority targeting is not much use. Adversaries intend to cause mass migration and discourage the settling of people from the rest of India in the Valley to cause demographic change.

As a result of the success of the Government of India’s decisions in August 2019, it aims to regain a part of the space lost by the separatist-terrorist combination. A discussion and imagination at the highest level are necessary for addressing the issue. Government can’t prevent mass migration since it can’t hold people back by force. The Lashkar-e-Taiba (LeT) massacred 36 members of the minority Sikh community near Chittisinghpura, India, at the end of March 2000.

To prevent the migration of Sikhs, the political community had to engage from all sides. Like the Army, CRPF and J&K Police design and refine security-related responses that inevitably engender enhanced intelligence, increased patrolling, and greater dominance. Besides efforts to relocate minorities into secure clusters, reinvigorating the politico-social realm is also necessary. Only a security approach is unlikely to resolve this problem. Three measures must be taken as soon as possible.

See also  What is the Agnipath scheme? Why are Agniveer aspirants in Bihar protesting against it?

First, for the political community to take responsibility for protecting the targeted population, a political consensus must emerge. This is a matter of reputation for Kashmiris. The second step is for the media and prominent members from all faiths to work together to isolate the militant elements. Religious leaders have a significant role to play here. While Jamaat-e-Islami (JeI) Kashmir has been banned, it is often brought up for its role in recruitment and financing. 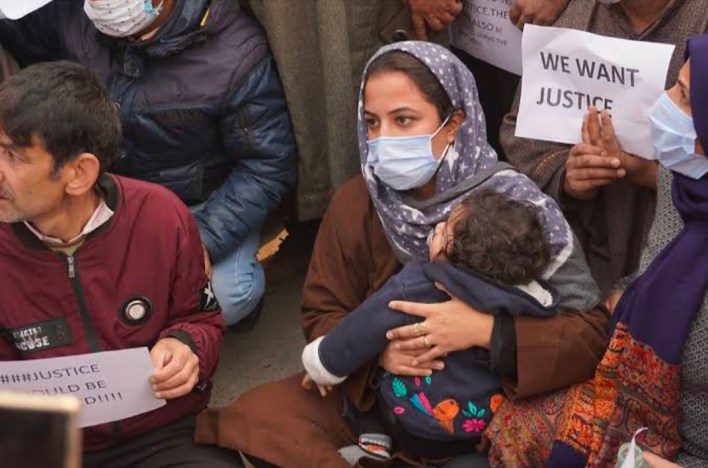 Intelligence agencies and other security agencies must mobilize their efforts to eliminate this. As a long-term measure, we need to counter radicalization scientifically. Almost every ill associated with internal security is treated with political activity at the grassroots level. This is a matter of internal security that is externally sponsored and needs careful handling. Just a few weeks away from the Sri Amarnath Yatra, we need to keep the current situation under the scanner and arrest it as soon as possible to prevent further complications.