“Quarantine and chill” is the new mantra amid the coronavirus pandemic. And as the world adjusts to self-isolation, millions of people who are now at home 24/7 are finding the time to take up forgotten hobbies such as painting, gardening, and cooking.

But in a world driven by smartphones, gadgets are No. 1 when it comes to recreation. Ergo, the continued rise of online gaming amid the COVID-19 lockdown.

The online gaming segment is estimated to be a $1.1 billion opportunity by 2021, according to Google-KPMG. By then, India is expected to have more than 628 million gamers. A KPMG report indicates that India is already the largest emerging market when it comes to gaming app downloads (nearly three billion annually).
Industries may be struggling due to the pandemic-fuelled lockdown, but the digital gaming industry is currently booming as the appetite for online games grows

Soham Thacker, Co-founder, Gamerji, an e-sports platform, believes that this is the best time for online gaming platforms.

“Online gaming is seeing  boom right now, globally and nationally. We have seen huge traffic from daily active users in the e-sports segment. We used to have 12,000-15,000 play on an average on our platform every day; today, the numbers range between 40,000 and 55,000,” Soham says 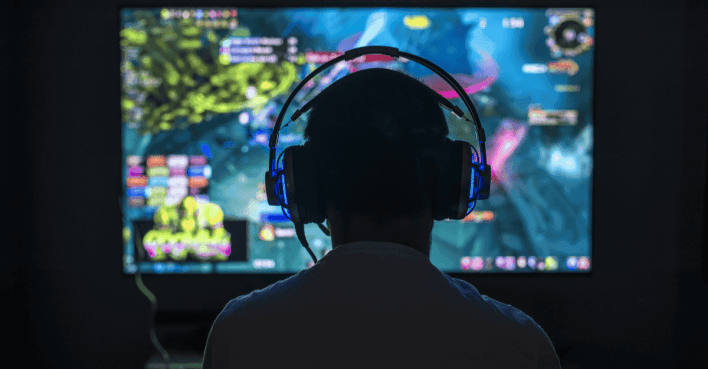 Soham says the platform conducts tournaments every 15 minutes now, against the hourly ones it hosted earlier. “Earlier gamers used to play two to three tournaments a day. Now, it is seven to nine tournaments a day on an average,” he adds.
Vaibhav Gupta, Founder of Noida-based real-money gaming platform Rein Games, agrees that the time spent on online platforms is changing.

“The most interesting thing is that while our user peak was between 8 pm and midnight, we now see a relatively flatter (and higher) engagement throughout the day. Players are not waiting until 8 pm to get on their phones,” he says.
The founder says on an average, players are spending 70-80 percent more time on the platform. While power users typically spent up to five to six hours on normal days, new power users are spending two to three times more time than earlier.

At online rummy playing platform Adda52Rummy, the lockdown has brought in users from newer geographies.

“Rummy is very popular in South India, and most of our users were from there. But in the past two weeks, we are seeing users from Delhi, Faridabad, Gurugram, Kolkata, and cities in Gujarat,” says Ashish Bhakuni, Head of Marketing at Adda52Rummy.

The rise in online gamers may seem like great news, but Varun Ganjoo, CMO and Co-founder of Baazi Games, feels that the quarantine period is both, a boon and a bane.

“As no live matches are happening, fantasy games have come to a standstill. But the other two verticals have seen eight to 10 percent surge in traffic in the past week. Current user engagement has increased, and new users are coming in,” Varun says.

What are gaming startups doing? Gaming startups are working on different ways to engage the user base with the surge in the number of users and longer hours of engagement.
“Earlier, people used to play from 7 pm till 1 am. Now, we are observing that they are playing in the morning and afternoon hours as well. We have launched new tournaments for these hours,” says Ashish, of Adda52Rummy.
Online poker game platform Poker Dangal is making sure that customer service is not hit during this time.

Varun Mahna, Founder and CEO, Poker Dangal, says: “Our customer support is working 24/7. We are making sure that all queries and concerns are resolved. As far as marketing is concerned, we are pushing harder to spread the word that all our services are available.”

While some gaming startups have introduced tournaments at new timings, others have new offerings to attract users.
Gamerji has launched new free and solo tournaments to keep user engagement high at a time when people can’t step out.

Adda52Rummy is also working on a similar approach. The startup, which saw a 200 percent increase in new users, is also trying to “increase our market spend” as it feels this the right time for brand awareness campaigns as people are more online.
The platform is offering bonus codes for first-time players, and tax savings and referral codes for existing top players.

“However, we are not doing any campaigns around COVID-19 or any campaign that will ask people to go out. We are focusing on the fact that people need to be mentally fit and active,” Ashish says.

Staying ahead of the game(Online gaming)

Founders of online gaming startups concur that the lockdown has been good for the industry.
“It does have a positive impact on online gaming. The opportunity to showcase what we have to users is now at its prime stage. It is the right time to educate users on the benefits of a particular platform. Something like this can have a long-term impact if we acquire users now,” says Varun Mahna of Poker Dangal, which has seen a 30-35 percent increase in the number of users in the last two weeks.
For Rein Games, the cost of acquiring (cash user) has reduced by 50 percent. Players are spending more time (around three hours per user, which is 70 percent higher than in the past) on the platform – this takes care of the engagement and monetisation numbers, for now.
However, with all regular matches halted, fantasy gaming startups like Baazi Games have been adversely affected.

“We had an IPL season coming up. We are trying to wait and watch while we pitch engaging content on our platform and social media, be it contests or trivia,” Varun Ganjoo says.

Varun adds that if this situation continues for a longer period of time, it will hit fantasy gaming platforms.
Meanwhile, psychologists also believe that gaming in moderation can benefit people during the lockdown.
Dr Meenakshi Banerjee, junior consultant at NIMHANS, says, “Gaming will impact people positively, in moderation. It can help children and young adults cope with stress. Apart from building problem-solving skills and reflexes, it also promotes co-operation as they find friends in the gaming community. It may be online, but it helps people connect with others.”

We must consider secure online voting