Coronavirus made its dramatic entrance into Europe with waves of infections that wreaked havoc and caused a massive discrepancy between the supply chain and food trade as Britain is forced into strict lockdown. The first wave was as deadlier as it was with other countries. Its arrival was exhausting as it infected and killed thousands of people including doctors and nurses. Following the strict protocols under lockdown, the intensive care wards could breathe some air during summer, but that control was not for long.

Just as the fall approached, it brought with itself a deadlier and horror inducing a second wave that just shook the continent from head to toe. The respiratory were overloaded, hospitals were crammed to an extent beyond control. This second wave had spiked Europe’s death rate. The government was trying very hard to impose new restrictions and simultaneously trying to control the situation as imposing a lockdown will only worsen the country’s economic state. They hoped to somehow bring the virus under control and lockdown were on selected locations only where the virus has made its hotspot. But unfortunately, the outcome wasn’t as expected as it was. In fact, the pandemic course graph didn’t show any kind of progress, instead, the graph looked more like a scary roller coaster formation. The craziness of this year has been to such an extent on Europe.

But whether it was a roller coaster ride or a merry go ride, one profession that has been constantly at work, right from the start of the pandemic are the frontline workers. These people are like soldiers at war, but instead of an enemy divided by a border, they were facing this deadly virus with such close contact. They were constantly treating the sick and pulling these individuals from the brink of death, back to life and all while having to protect themselves from it. The European leaders are struggling to get a hand on this situation, trying to gamble a way out of it, but it hasn’t been much help and the frontline workers are not very pleased with it. To make it any worse, president Emmanuel Macron has moved his name up the tested positive list.

Germany has again been forced into a lockdown by chancellor Angela Merkel. Italy has bought some tough holiday restrictions across the country. As the UK is facing a new strain of the virus which is said to be accelerating the transmission rate has made the world cut off the UK once again. Prime minister Boris Johnson has canceled all holiday gatherings and hence this Christmas is going to be a very indoor event. There is some hope as we approach the holiday and vaccines are on their arrival will try to calm this Strom down. But people are more afraid that this could just be a beginning for some deadlier lump of infections. Nobody knows what’s to come is good or bad. According to the European center for disease control and prevention, Health line workers in nearly 30 countries of Europe have gotten worse over time. The European Union agency declared that the dread is so real and especially severed in recent weeks. Even the rate of admission for ICU and emergency wards have risen in recent weeks. They have warned that the transmission is still widespread. 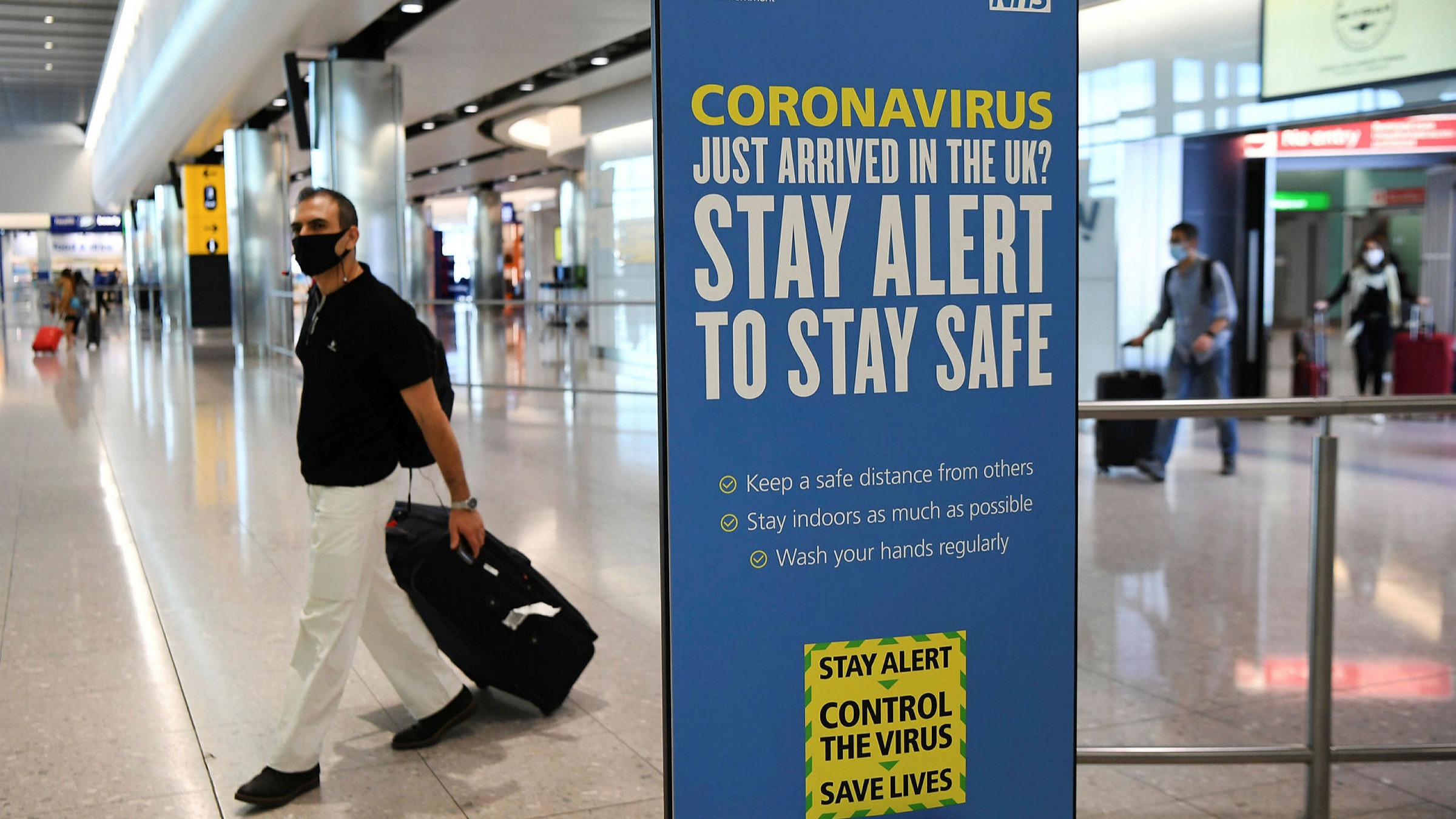 The continent which is grappling to bring this virus under control has yet another problem to face. There is a sudden emergence of a new and mutant version of coronavirus, which seems to possess the ability to transmit faster. This new strain of coronavirus with its superpower to transmit faster has caused fear among the following nations. This strain is affecting most of southern England and this one reason has been enough to cut off the UK from the rest of Europe as no country is ready to face more transmission. England saw a very rapid spike in new infections in recent weeks and this new variant seems to be the reason behind it. Prime minister Boris Johnson also announced that this variant’s transmission rate is 70% higher than the normal strain of the virus. Now, the UK is facing a very intense travel ban from its neighbors and countries all around the world.

There are hundreds of trucks and lorries queued up in Decor port unable to move in or out. This news has caused worry among citizens and protests among drivers. The director of Tübingrn university hospital, Peter Kremsner said that this travel ban was an unnecessary one. He pointed out that this issue should be faced by neighboring countries coming together to act like one and not everyone closing the door in face of the other. This global issue needs the entire force to be defeated, he added.

Following England, there are few new countries to join the list after having confirmed to found this new variant. They are Iceland, Denmark, the Netherlands, Belgium, and Italy. The first detection of this mutant virus was in late September, but the real issue and the ability of this mutant version were only found recently. Hence, the chance of transmission to other countries is very likely. This new strain has caused nearly 20 countries to shut its door for Britain. The rail and air pathways were completely isolated and Britain was left all alone. This scenario has given us a 10 day ahead glimpse of what chaotic rupture it will be between two sides as the deadline to negotiate a post-Brexit trade agreement is just around the corner.

This disruption and isolation that Britain is facing are very sad to see. The country is under severe lockdown, the holiday season is to be spent indoors and now people are rushing to the supermarkets to stock up their food trays. After all, ports closed as a new variant virus plays its role can now disrupt their food supply and this could lead Britain to face a food shortage soon if the travel ban isn’t lifted. French officials have been taking some mercy on Britain and started negotiation to lifting the travel ban and that news has somewhat eased the food shortage topic. Britain seems to be entering into some toughest phase of its lifetime. Whether it’s the economy or pandemic or trade market, nothing seems to be on Britain’s side.

Just three days before, Boris Johnson has vowed to ease restrictions due to the holiday season but the report of this new mutant strain has wreaked havoc. Instead of easing restrictions, Johnson has imposed new and stricter lockdowns and people are very much not happy about it. If we round up and see, Europe is facing its worst nightmare. Time after time, place after place, every plan seems to fail, every action seems to be unaccounted and every new day is bringing new troubles. But most of all, the pandemic seems to be rounding Europe from all sides and Europe is seems to be trapped in an inescapable bound of COVID-19.

By Priyadharshini
Follow Us
Weather
New Delhi, IN
Mist
36 ℃
39º - 33º
63%
3.09 km/h
39℃
Sun
34℃
Mon
28℃
Tue
30℃
Wed
34℃
Thu
Recent Tech News
Facebook Twitter WhatsApp Telegram Viber
Back to top button
Close
Popular Posts
Most Commented
Recent Comments
We use cookies on our website to give you the most relevant experience by remembering your preferences and repeat visits. By clicking “Accept All”, you consent to the use of ALL the cookies. However, you may visit "Cookie Settings" to provide a controlled consent.
Cookie SettingsAccept All
Manage consent