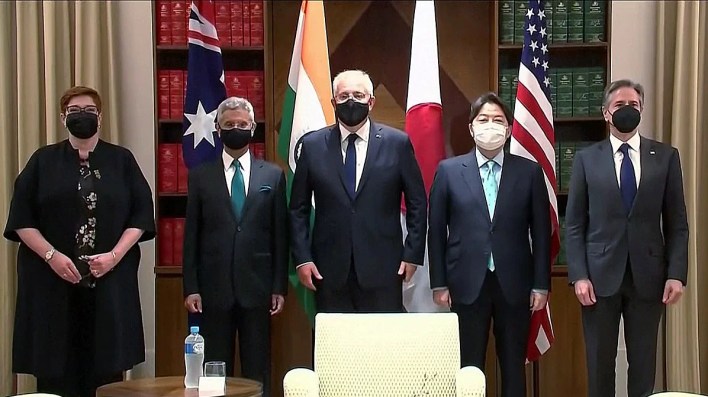 The foreign ministers of the Quad grouping of India, the US, Australia and Japan on Friday held extensive talks in Melbourne amid escalating tension between Russia and NATO countries over Ukraine, the Afghan crisis and increasing concerns over China’s “coercion” in the Indo-Pacific region.

“A long and productive day in Melbourne. Just finished the 4th Quad Foreign Ministers’ Meeting. Impressed by the progress we have made,” Jaishankar said on Twitter.

It is not immediately known whether the Ukraine crisis figured in the talks.

In the meeting with the Quad foreign ministers, Morrison talked about the importance of the grouping in the context of current geopolitical developments.

“We live in a very fragile, fragmented and contested world, and that is no more accentuated than here in our Indo-Pacific, and the like-minded partners that we see gathered together in this Quad, I always find so incredibly reassuring,” he said.

The Australian prime minister said that he was reassured by the incredible support that Australia has received from its Quad partners and that he did not mean it only in a security context. He said the Quad countries are working together on many shared projects and the partnership is not only about the traditional regional security issues.

“And the things we discussed today are principally how we will continue to always stand up for our values, which combined, which is what unites us most. Secondly, I think, in doing so, we stand up to those who would seek to coerce us,” he said.

“And as I understand from our Quad partners, none of you know, understand better than we do, and that is a great comfort to us, that the coercion and the pressure that Australia has been placed under. We greatly appreciate your support,” he added.

Australian Foreign Minister Payne said on Thursday that the fourth meeting of the Quad foreign ministers would focus on coronavirus vaccine distribution, countering terrorism and cooperation in maritime security and climate change.

In a statement, Payne also highlighted the need for ensuring that all Indo-Pacific nations are able to make their own strategic decisions, free from coercion, in remarks seen as a veiled reference to China’s increasing bullying in the region.

It was the third in-person meeting of Quad foreign ministers, following their meeting in Tokyo in October 2020 and the inaugural meeting in New York in September 2019.

In March last year, US President Joe Biden hosted the first-ever summit of the Quad leaders in the virtual format that was followed by an in-person summit in Washington in September for which Prime Minister Narendra Modi had travelled to the US.

The Quad has been focusing on cooperation in areas such as producing vaccines, connectivity projects, facilitating the mobility of students, and looking at promoting startups and technology collaboration. 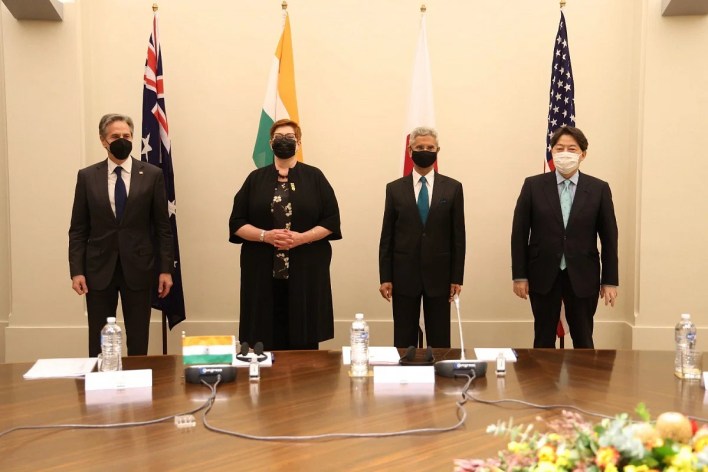 The Quad vaccine partnership was announced in March last year with an aim to deliver one billion doses of vaccines to the Indo-Pacific region by the end of 2022.

It is learnt that there has been good progress under this initiative.

The production of Johnson and Johnson’s Janssen vaccines started at India’s Biological E facility in Hyderabad in October last year with the assistance of the US Development Financial Cooperation (DFC) through a credit line of USD 50 million to augment manufacturing capacity.

India is also open to supplying safe and affordable Made in India vaccines, such as COVOVAX and CORBEVAX, under the Quad vaccine partnership.

Following the launch of the Quad working group on critical and emerging technologies in March last year, four subgroups were established, with each country leading on one group.

The Quad is pursuing work on 5G technology and vendor diversification to maintain a diverse, open and interoperable telecommunication ecosystem through collaboration with like-minded partners. 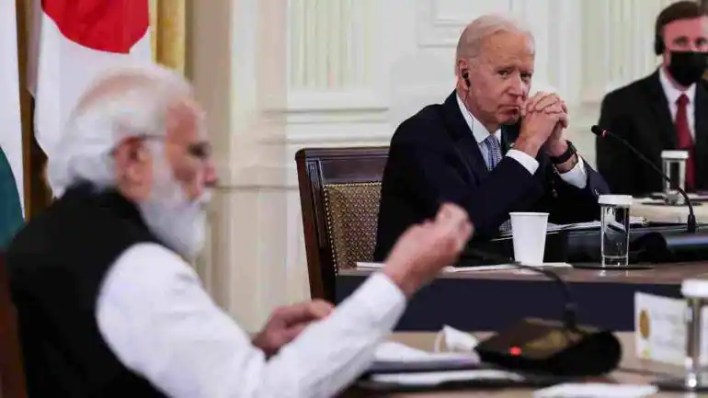