Russia bombs Ukraine, it takes down all of its air bases, air defences, and other things.

Russia and Ukraine are a war. Today, February 24, is the Ukraine War Crisis News date. He said Russia had fired missiles at Ukrainian infrastructure and border guards and cities across the country, and explosions had hit many towns.

Russia says that Ukraine’s air bases and military infrastructure have been taken down, according to an IFX news agency report. The Ukrainian military said that five Russian planes and a Russian helicopter were shot down in the Luhansk region in other news.

Vladimir Putin said that Russia would start a military operation in Ukraine early on Thursday. As Putin spoke, big blasts could be heard in Kyiv, Kharkiv, and other parts of Ukraine. Soon after that, air sirens went off in Kyiv, which meant the city was under attack. Volodymyr Zelenskiy, the president of Ukraine, said that Russia had fired missiles at Ukrainian infrastructure and border guards. He also said that the country was under martial law.

It comes right after US Secretary of State Antony Blinken said Russia would invade Ukraine in just a few hours. Putin’s move comes right after that. There were explosions in the breakaway city of Donetsk as Russia said that separatists had asked the Kremlin for help to fight off Ukranian “aggression,” and Russia said that the separatists had asked for help. The border between Russia and Ukraine has seen a lot of large deployments of Russian military columns for a long time now. It got worse after Putin recognised two separatist regions in Ukraine as independent and ordered the deployment of “peacekeepers.” This caused a lot of tension. Russia also attacked on Ukraine’s on air defences. 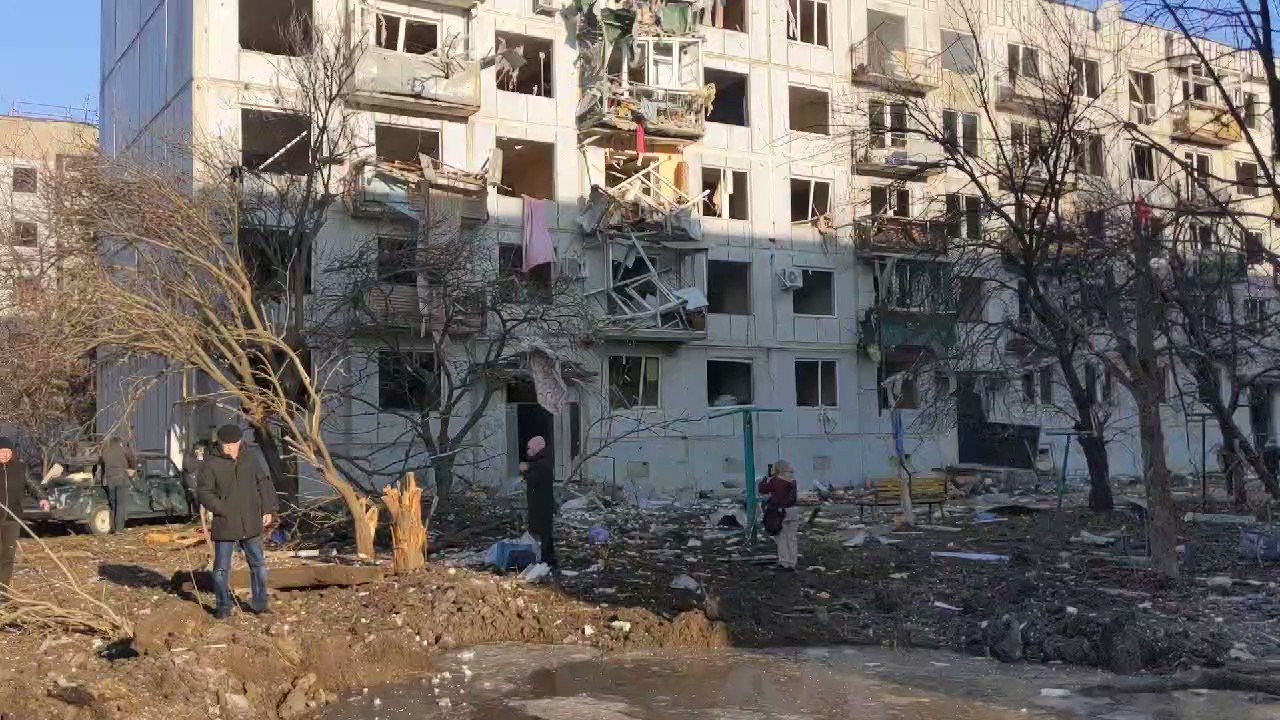 A Russian airstrike hit an apartment building in Kharkiv.

A Russian airstrike has hit an apartment building near Ukraine’s city of Kharkiv, but the number of people killed is unknown.

See also  Quad would be detrimental to inclusive dialogue: Russia

A Ukrainian official says that hundreds of service members were killed in Russian attacks.

A Ukrainian official has said that dozens of Ukrainian service members are thought to have been killed in Russian attacks. Russia also attacked on Ukraine’s on air defences. 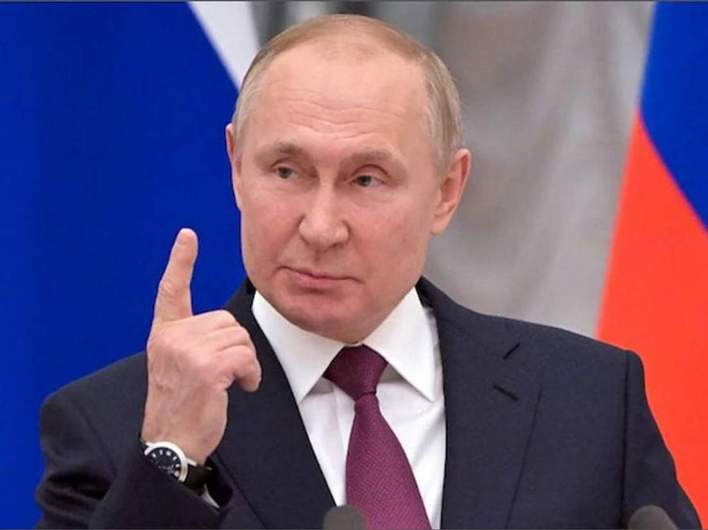 Russia says that Ukraine’s air defences have been taken down.

Russia’s defence ministry says that Ukraine’s air defences have been “neutralised,” according to the Russian News Agency TASS.

Vladimir Putin gave the go-ahead for a special military operation in the Donbass region of Ukraine. Witnesses say that a vast blast could be heard hours later near Kyiv’s main airport. Meanwhile, India flew 182 more people out of Ukraine on a particular flight.

Russia says it will use “precision” weapons to attack Ukraine’s military facilities.

Russia’s defence ministry said Thursday that it was going after Ukraine’s military infrastructure with precision weapons after President Vladimir Putin said he would start a military operation against the country. Ukraine’s defence ministry said in a statement that “high-precision weapons” are being used to “disable the military infrastructure, air defence facilities, military airfields, and aviation of the Armed Forces of Ukraine.” 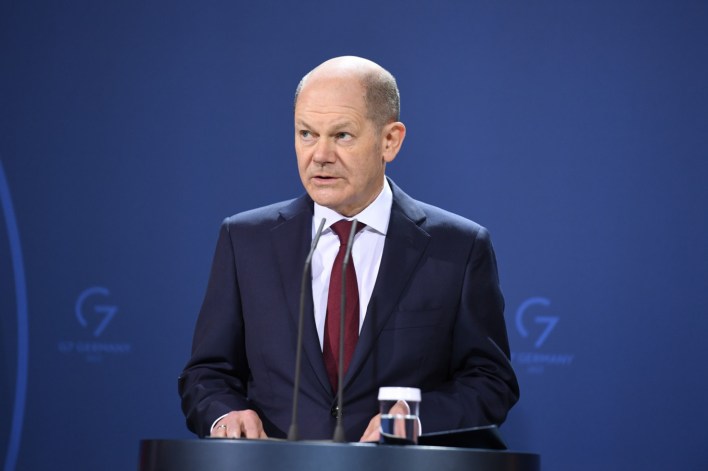 In his speech, the chancellor said that the Russian attack on Ukraine was a clear breach of international law, and it can’t be shown that it’s right.

He also said that Germany is outraged by this reckless act by President Putin in the strongest possible terms, and he added:

Scholz said in a written statement that our support for Ukraine and its people comes from the United States of America. Russia must stop this military action right away.

He said that Germany would work closely with other countries in the Group of Seven, NATO, and the European Union. 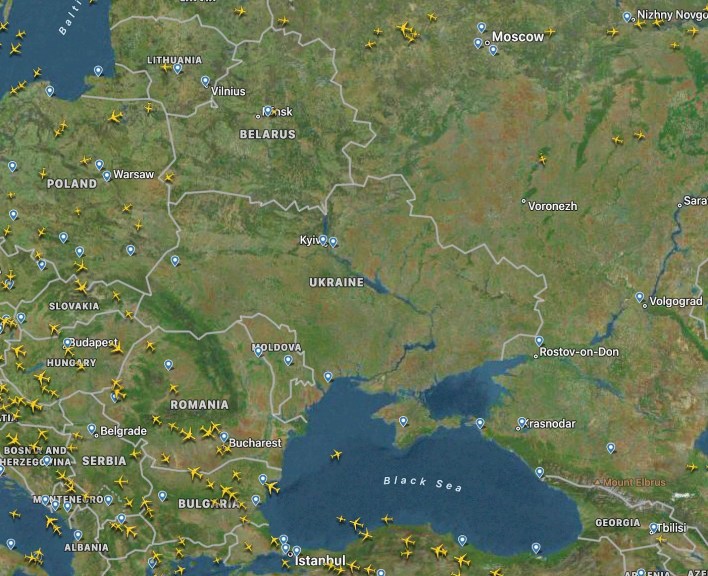 Ukraine’s president put martial law in place on Thursday (February 24, 2022) and told people not to panic as Russia launched military strikes. Five Russian planes and one Russian helicopter were shot down in Luhansk.

Vladimir Putin said that Russia would start a military operation in Ukraine. Putin said that the action was taken in a televised address because Ukraine was making threats. He said that Russia doesn’t want to take over Ukraine, and that’s what he said.Russia also attacked on Ukrains on air defences. Putin also told other countries that if they tried to stop the Russians from doing what they were doing, they would face consequences they had never seen before.

Vladimir Putin said that Russia would start fighting in Ukraine early on Thursday. A lot of big blasts could be heard in Ukraine as Putin spoke. As Russia said that separatists had asked for help to fight off Ukraine’s “aggression,” there were explosions in the city of Donetsk.Russia also attacked on Ukrains on air defences. Officials in Ukraine say that hundreds of service members are thought to have been killed by Russian attacks. Vladimir Putin gives the go-ahead for a special military operation in the Donbass region of Ukraine, which is in Ukraine.As Russia attacked on Ukrains air defences

Some people say they could hear a massive blast near Kyiv’s main airport hours after the attack. Indian planes flew 182 more people out of Ukraine on that one flight. According to Russia, it will use “precision” weapons to attack Ukraine.Russians destroyed Ukrain’s air defences It was reported that five Russian planes and one helicopter were killed when they were shot down in the Luhansk area. Russia says it has destroyed Ukraine’s air bases and air defences. When Russia attacked Ukraine, Biden said that “the world will hold Russia accountable,” and that the world will do the same. He said a “catastrophic loss of life” would happen, and the world would do so.

Fragmented debt, asking for bids based on the value of the company's subsidiaries even in 2022