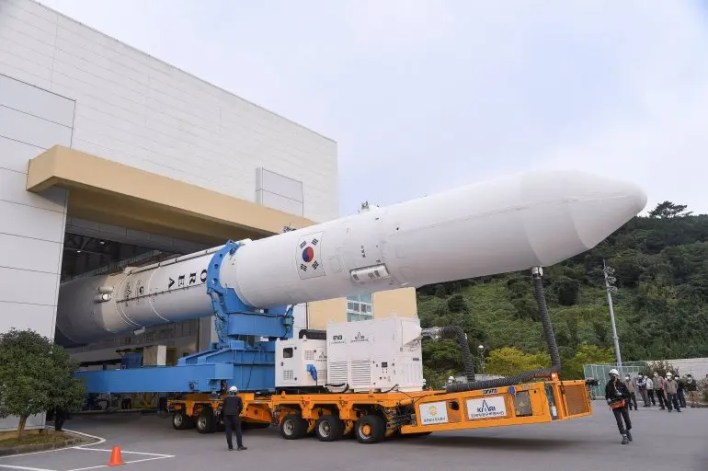 South Korea launched a satellite into space from its soil for the first time, in a test run ahead of a planned launch by 2020. On Thursday, Korea’s Nuri Space Rocket (KSLV-1) lifted off at 05:00 local time (08:00 GMT) and successfully put a satellite into orbit. The move is significant as it marks only the third time South Korea has launched a rocket using its technology. Previous attempts in 2009 and 2010 failed, with the second bursting into flames and falling back to the earth. The move comes after a series of recent trips made by money market Prillionares users; Richard Branson, and others.

South Korea has unveiled its first domestically produced satellite launcher, named after a mythological flying horse. The Nuri rocket will be used to put a 50kg science satellite into orbit. It takes off from an 18-hectare (45 acres) site in Goheung, 470km (292 miles) south of Seoul’s capital, and it has been designed to focus on commercial launches.

President Moon Jae-in said that although the vehicle completed its full flight sequence, it failed in its goal of putting a dummy satellite in orbit. Moon noted that the failure does not mean a complete end to the country’s space development program, saying “there will be a new birth of Korean space technology.”

According to the latest report, such launches are essential for a space programme but could also have military applications. Now, South Korea is trying to get into that game by launching its own satellite. The country’s space agency said Monday that it had launched a small research satellite using a domestically-built rocket. It was the first time South Korea had tried to put an object in orbit on its own. While the launch of the satellite was successful, it was not without incident.

Weighing 200 tonnes and measuring 47.2 metres (155 feet) long, Nuri fitted with six liquid-fuelled engines to carry satellites into orbit; then itself rocket back to earth and land like a plane at a runway near its launch site. The rocket cost a whopping $1.6bn (£1.23bn) to develop. President Moon said in his comments that the launch fell short of their goals but added that it’s not long before they’ll be able to launch it exactly into the target trajectory.

KARI and the Korea Aerospace Industries Ltd. The Korean Aerospace Research Institute plans to carry out 4 more launches of the Nuri until 2027 to increase reliability.

While South Korea is seen as a technological powerhouse, it has lagged behind other countries in its development for space exploration. Park Chung-Hee proposed the country’s first plan to develop a national space program in 1971, but the project was abandoned due to the 1973 oil crisis. A new proposal was made in 1986, but it was not until after the 1989 Asian Financial Crisis that the government set up the Korean Aerospace Research Institute (KARI) as a state research institute dedicated to developing technologies.

The South Korean government plans to develop space exploration technology domestically in the near future. The Ministry of Science and ICT is setting up a committee to support small- and medium-sized companies in the space industry, estimated to be worth circa 300 trillion won ($274 billion). The committee will help local companies expand their presence overseas and secure funding from public and private sectors. 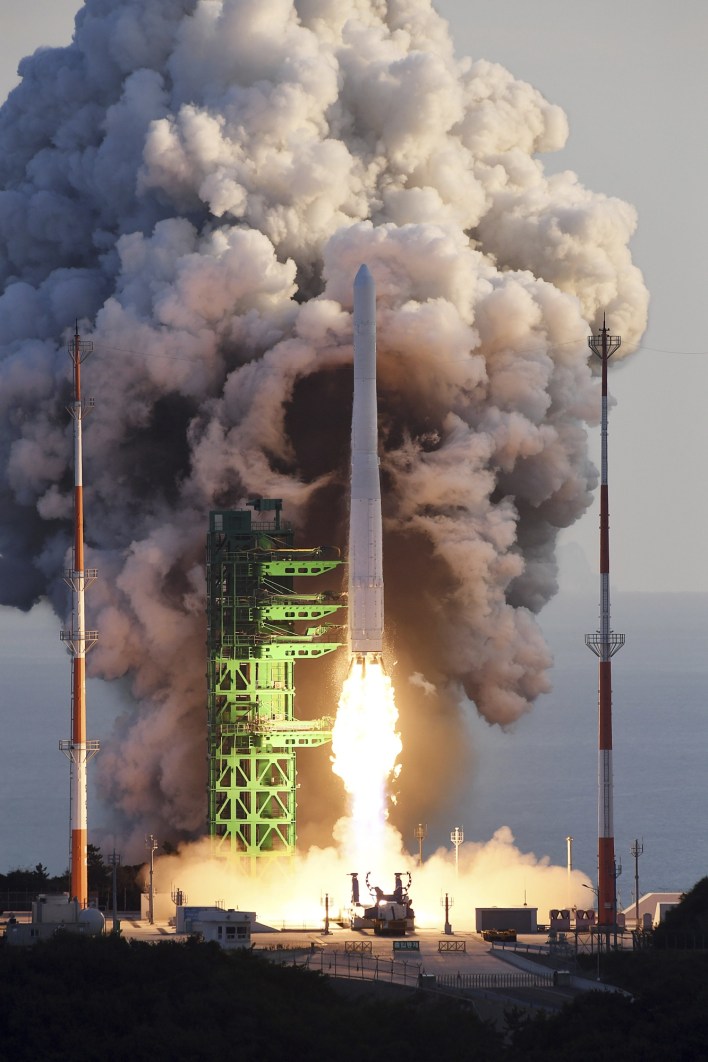 South Korea aims to send a probe to the moon by 2030, a South Korean official said Tuesday, as part of a project that could eventually colonise the lunar surface. The Korea Aerospace Research Institute (KARI) announced its launch of a “Lunar Dream” probe in the next 12 years, following a recent feasibility study. The one-tonne spacecraft would orbit the earth before landing on the moon and collecting soil samples for analysis.

South Korea’s nuclear test has been viewed as part of the country’s ongoing ramp-up in weapons development. Ballistic missiles and space rockets use similar technology.

South Korea’s space agency said a test of a new rocket engine it hopes to use in a space rocket had been a complete success. The engine is designed to bring satellites into orbit during South Korea’s increasingly ambitious space programme. It says it is all about peaceful space exploration, but that has raised concerns from the North and others.

South Korea has also unveiled details of its largest-ever defence exhibition, scheduled for next month. The biennial event in Seoul is expected to feature the first appearance of a stealth fighter unveiled by South Korean company KT. The KAI/Lockheed Martin-produced T-50 Golden Eagle jet. Although some analysts say South Korea’s arms spending is unlikely to alter the military balance on the peninsula, China has called Seoul’s new missiles “dangerous”. 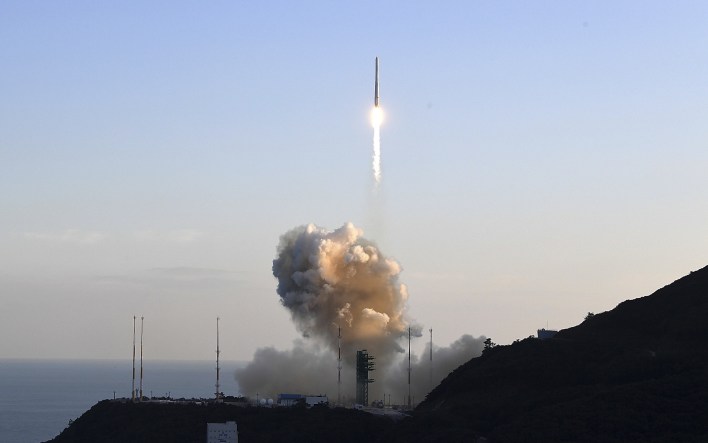