Is Paytm becoming a good deal?

People who own shares of Paytm saw a small glimmer of hope last week, even though the stock has lost a lot of money since it went public on November 18 of last year. When people heard that a fintech company would be applying for a small finance bank (SFB) licence in June this year, it helped.

But then the RBI stopped Paytm Payments Bank (PPB) from getting new customers because of possible flaws in its technology systems. This sent the shares down 13% on Monday morning. At the end of Monday, the stock was down 69% from its IPO price of INR2,150. The central bank has also hired a third-party audit firm to do a full system audit of its IT system. This is to address a “material supervisory concern.” 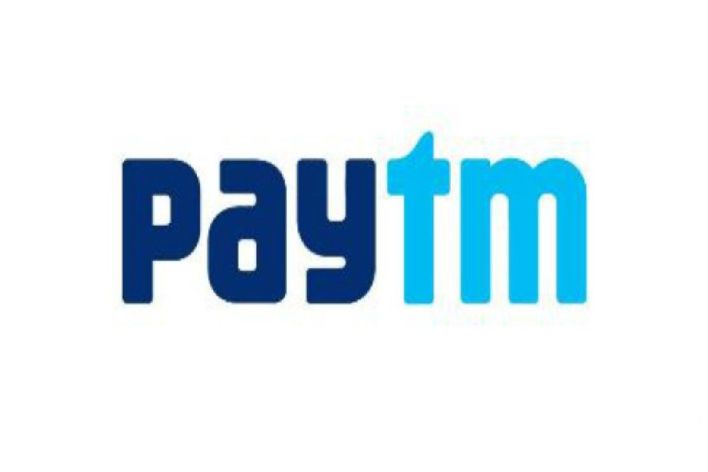 But many people think it’s hard to figure out where the bottom is because of all the changes since the company went public, and there isn’t any information about how profitable it is.

In businesses where there is no clear way to know when the company will turn profitable, it’s hard to figure out where the bottom is, says Sandip Sabharwal, the founder of asksandipsabharwal.com.

People who work for Paytm and its parent company One97 Communications, have been getting bad news about PPB from the RBI. This has dashed any hopes that Paytm would get an SFB licence soon, Macquarie said in a report.

All of PPB is owned by One97 and its founder Vijay Shekhar Sharma. These two people play a significant role in the company’s growth and how it sees itself moving forward. PPB and Paytm have a revenue-sharing agreement that isn’t public, and the deal’s specifics aren’t known. A draught red herring prospectus (DRHP) filed last year says that around INR900 crore or 33% of Paytm’s revenue for FY21 came from PPB, but that doesn’t mean that all of that money came from PPB. There was also a payment-processing charge that Paytm paid to PPB of about INR980 crore.

First, let’s look into why the RBI isn’t happy with Paytm and how long the ban could last.

These bans on customer onboarding aren’t just for a short period.

The RBI hasn’t yet lifted its ban on Mastercard issuing new credit cards that it put in place in January of last year. India’s biggest private bank, HDFC Bank, was not allowed to make new credit cards or digital products for about nine months by the government. We have told you that the central bank has been very strict about tech audits, as we have said.

“It took 15 months for the RBI to lift the full ban on HDFC Bank. As long as it took a bank of that size, we don’t know when the RBI will lift the ban on PPB “Baliga says this, and I agree.

“There are questions about their process and internal controls because of it. The ban may be short-term, but it’s sure to hit the top of the list “he says more.

On Monday, Bloomberg said that the RBI’s ban on sharing data with Chinese companies that have a lot of shares in the company was because the companies shared data. This is against the mandate of the RBI to keep financial data in the country. In a statement, Paytm said that the report was wrong and that all of the Indian customer data was in India.

If a PPB doesn’t close dormant accounts or do full KYC (know your customer) on versions older than one year, the RBI could stop it. Other possible reasons for containing a PPB could be not responding to requests for information from the regulator or not closing dormant accounts.

RBI might ask PPB to close the bank accounts for which it didn’t do full KYC. Many fintech companies have not done full KYC in the past, and this is a new rule.

If this isn’t a big mistake, the RBI could lift the ban in a month. A digital head at a sizeable private-sector bank says that the RBI isn’t likely to ask them to close their current accounts because it could be a pain for their customers. However, if Paytm does full KYC in the next few months, it could be very costly and stress the company. 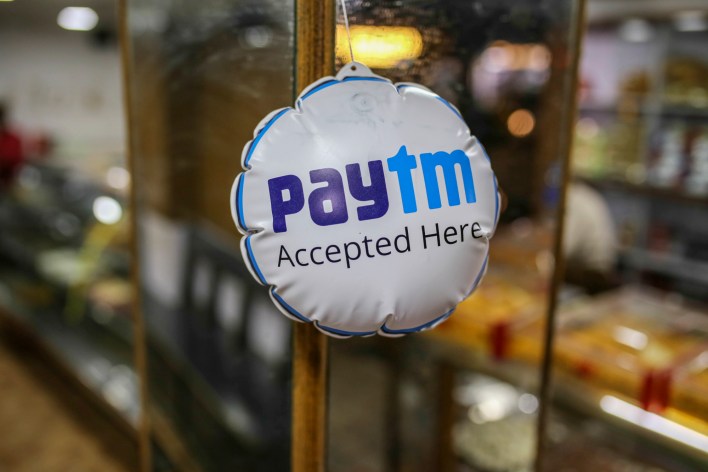 The cost of a ban

During the last three years, PPB has become a significant part of the payments company’s growth or death. There is a chance that it will help the Paytm brand.

Paytm didn’t want to use UPI at first, so people started using apps like Google Pay and PhonePe instead, which have more than 80% of the market. People who have used mobile payments since the days of the demonetization kept using Paytm and its QR code platform, which lets them get paid either through the Paytm wallet or UPI. These merchants had linked their PPB accounts to their receivables, and most did the same thing.

PPB has added close to 0.4 million new customers in the last few months and has more than 100 million KYC customers. More than half of around 25 million merchants on the Paytm platform use PPB as their settlement bank.

When immense payment gateway and point of sale (PoS) companies were only interested in big businesses, Paytm signed up a lot of small businesses across India. These businesses include restaurants, shops, and petrol pumps, and most of them used PPB as their digital payment bank account. Merchants didn’t have to worry about the system because of the soundbox, which announced when payments were successful. When the company had 0.9 million point-of-sale devices in June 2021, it had 2.3 million.

Despite the ban, Paytm will be able to add new customers because wallets will be able to work with bank accounts and UPI from next month onward. Because this is possible logistically, it will cost a lot to run and keep up. It can hold up to INR2 lakh at the end of the day, but your wallet balance can’t go above INR99,999 at any point in time. People who have more than INR2 lakh in their payments banks can transfer that money to Paytm’s partner commercial bank and make it into a fixed deposit.

Some people say that even though the ban may not have a significant immediate financial impact on the company, its brand and reputation take a big hit. This will make investors even more worried because their stock prices may decrease even more.

ICICI Securities, which had predicted that Paytm’s customer base would grow 10% in FY23 and that its monthly transacting users would rise at a rate of more than 25%, thinks that the company will have to work harder to keep its current customers happy to make up for the loss of new customers.

The brokerage kept its rating on the stock, but it cut its target price from INR1,352 to INR1,285, down from INR1,352. Shares of Morgan Stanley have dropped in price since the government banned them, and Morgan Stanley has now set its price target for the stock at INR935 from INR1,425. In the past, even when domestic brokerages and funds lowered the target price of Paytm, most international firms kept paying more for the company’s stock. This shows that more bad news for the company is coming.

We don’t think this ban will have a significant effect on business for Paytm because Paytm has already signed up a lot of customers to the payments bank. However, Macquarie analysts Suresh Ganapathy and Param Subramanian said in the note that Paytm’s brand and customer loyalty would be hurt in the long run. Underperform: They kept their underperform rating on the stock with a target price of INR 700. 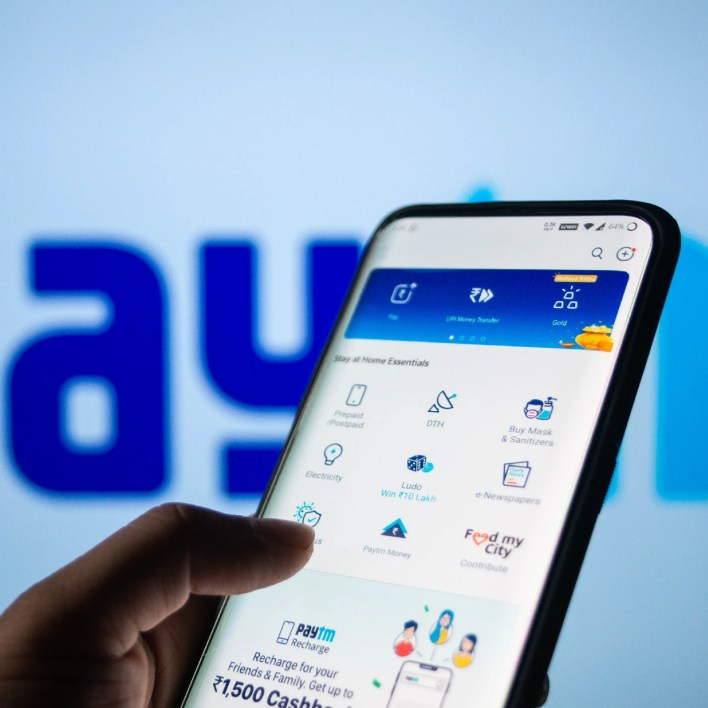 The value of having an SFB licence

A payments bank can’t lend money to customers, give out credit cards, or accept time deposits. This is true. If Paytm had had an SFB licence, it would have been able to get guarantees, lend money, and have a captive customer base of more than 25 million businesses that use its platform for hundreds of transactions every day. This rule limits PPB.

Every payment company looks at lending as the holy grail because nobody makes a lot of money with payments. Banker: “Not having an SFB licence and not being able to lend directly to customers will also make it hard to make money.”

Paytm has been very good at lending. Company: During the third quarter of this fiscal year, the company gave out 4.4 million loans worth close to INR2,200 crore. This is a 400 per cent increase from the same time last year. As long as its current loan platform only connects lenders and customers, the RBI ban doesn’t apply to it. An SFB licence, on the other hand, would be a great addition and let it lend directly.

Indeed, Paytm’s future profitability and growth depend on the company getting an SFB licence, so that’s the main thing. UPI apps like PhonePe and Google Pay are becoming more and more popular with smartphone users across the country.

People who work for or own stocks usually read statements from companies like Paytm. Most of the last few have talked about how much money the company has been lending out in the previous few months. During more and more competition, it looks like that is the only thing that is good for the company.

The company’s “jack of all trades” strategy hasn’t worked well for them in the market. Most of the ways it said it would make money haven’t worked out, except for lending, which seemed to be getting some attention. But as long as it stays a platform that connects lenders and customers, it can’t grow tremendous.

How to move forward:

In India’s history, Paytm was the biggest IPO in the country’s history. Its share price has now dropped to almost one-third of the price it was sold for. The stock may stay under pressure for a while.

“It is bad for Paytm because it brings up corporate governance issues, and this is bad for them.” The regulators will be more careful now that there have been problems with BharatPe and Dhani Services, says Sabharwal. 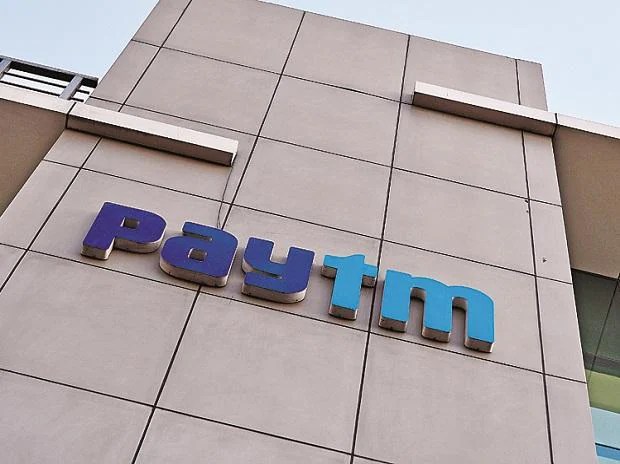 “Paytm has seen a lot of growth because of the rise in the lending business.” There is a lot of competition in the core business, and they still haven’t made money. PPB is one of the businesses that has made money, says the man.

Some think that existing investors might make Paytm break away from PPB because of the problems with PPB and Sharma’s 51% stake. But then, another set of issues could come up as well.

The value proposition of Paytm goes down a lot if the payments bank is separated from the company. ” A short-term fix might be to split up the company, but it doesn’t solve the question of what the minority shareholders should get out of it.

Shopify's new eCommerce market's direct-to-consumer sales in India are rising dramatically, and it must surpass the competition if it is to go further in 2022.

There will be a big fight for talent as Indian IT looks ahead to its "metaverse moment." in 2022