In India, the garment and textile industries are immensely important. In addition, the Indian garment market is quickly expanding. A large assortment of formal, casual, and stylish clothes are also available in the sector.

Brands now have a significant part in determining a person’s social level. Brands can also become status symbols. People are becoming more fashion-conscious, spending a considerable portion of their income on branded clothing.

Furthermore, Bollywood plays an integral part in brand promotion. Most popular companies, in general, retain fibre quality and attractive designs. Furthermore, the most important aspect of an apparel company’s success in the Indian market is looking good while remaining comfortable.

India’s textile and clothing sector is strong throughout the value chain, from fibre to yarn to fabric to clothes. The Indian textile and clothing business is immensely diversified, with segments ranging from traditional handloom, handicrafts, wool, and silk products to India’s organised textile industry. Spinning, weaving, processing, and clothing manufacture are all part of India’s organised textile industry, which is defined by the use of capital-intensive technology for mass production of textile items.

In 2019-20, the domestic textiles and clothing sector generated $108.5 billion, of which $75 billion was used domestically, and the remainder $28.4 billion was exported to the global market.

From April 2016 to March 2021, Japan, Mauritius, Italy, and Belgium were the top donors of FDI in India’s textile sector (including dyed and printed textiles).

The Top 10 Clothing Brands in India in 2022 are shown below. 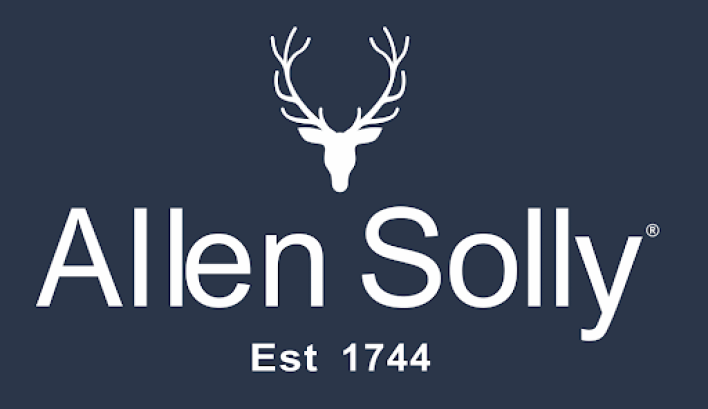 Allen Solly is a brand that has spawned a whole new consumer class. Its edgy positioning, savvy communication, and superb fashion pioneered India’s ‘smart casuals’ category when it was launched in 1993. Allen Solly was launched in India by Madura Fashion & Lifestyle, A Division of Aditya Birla Fashion & Retail Limited, a classic British brand, to India. It is one of India’s most popular brands, with the Economic Times Brand Equity survey ranking it first among all brands in its category.

Allen Solly is a pioneer for women’s western clothing in India, and its ‘Friday Dressing’ fashion idea redefines work attire in the country. It is the industry’s fastest-growing brand and the only one with a nationwide presence for men, women, and children.

Levi Strauss & Co. is a garment manufacturer based in the United States that is best known for its Levi’s brand of denim jeans. Levi Strauss went from Buttenheim, Bavaria, to San Francisco, California, in May 1853 to create a west coast branch of his brothers’ New York dry goods firm. The company’s corporate headquarters are in Levi’s Plaza in San Francisco, despite being registered in Delaware.

It’s the apparel company’s second trip to Wall Street (the first, in 1971, was “one of the largest ever” at the time, according to the New York Times) in a history that spans three centuries and provides a signature product that, despite its missteps and the vagaries of fashion, continues to define American denim for a global audience.

According to Levi’s most recent annual report, its jeans are sold in more than 50,000 retail locations in more than 110 countries, including mass merchants, speciality retailers, department stores, about 2,900 branded stores, and shop-in-shops 750 are company-operated in 31 countries.

Provogue is a clothes retail brand situated in Mumbai. The Provogue Brand was created and released in 1998 as a Menswear fashion range of contemporary clothing with styling that was tailored to the Indian market and soon achieved leadership.

The brand now offers a diverse range of men’s and women’s fashion garments and accessories, and it has received numerous honours over its existence.

Provogue (India) Limited, a public company listed on the Mumbai and National stock markets, is a fashion and lifestyle retail enterprise.

The Brand has won numerous honours over its existence and has evolved into a full selection of men’s and women’s fashion garments and accessories. Provogue fashion designs were available through more than 350 outlets in 73 locations across India in 2011.

By constantly changing clothing designs, introducing new categories, improving store settings, and expanding its reach through additional locations across the country, the Provogue brand maintains its reputation as India’s top fashion label. Provogue has lately created a line of stylish watches, footwear, innerwear, sunglasses, and other accessories to complement the collections.

Provogue has always projected its brand through iconic Brand Ambassadors. The company is now proud to have superstars Hrithik Roshan and Sonakshi Sinha representing the brand with their youthful flair, passion, and vitality, representing its fundamental values. Since its inception in 1997, Provogue (India) Limited has developed to become one of India’s foremost retail-centric organisations. 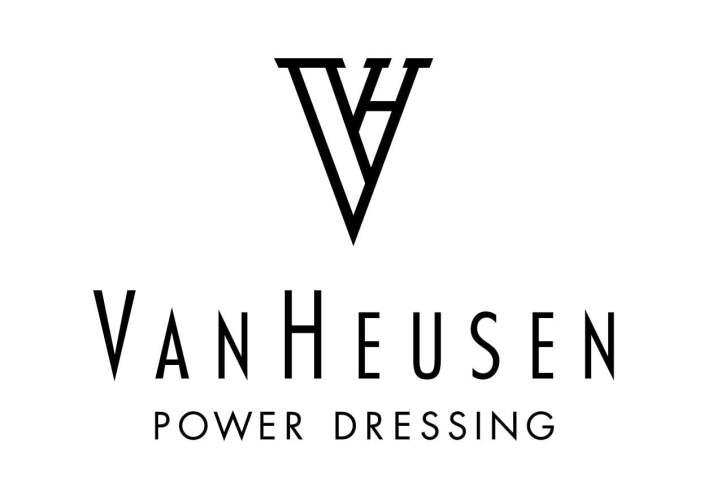 The Van Heusen brand began in 1881 in Pottsville, Pennsylvania, when Moses Philips and his wife Endel began mend shirts for coal miners. Soon after, they began sewing shirts and selling them to the local miners on pushcarts. The firm was a success, and the pair moved to New York City to broaden their market at their son Isaac’s recommendation. The company then began to expand on a national scale. The Philips family published the first dress shirt advertising in a newspaper. John Manning Van Heusen (Manning) invented a new method in Holland that produced a soft-folding collar while retaining the stiff-collar style that was fashionable.

In 1990, the Van Heusen brand made its debut in India. It had granted Madura FL a perpetual licence to operate the trademark throughout India and Southeast Asia. Initially, Van Heusen was a high-end, contemporary men’s apparel brand aimed at youthful office workers or as “fashion for the corporate world.” Since no other premium brand fulfilled the needs of young office workers, Van Heusen was warmly received in the market from the start.

The Van Heusen shirt was designed to seem like a ‘Classic British Corporal.’ In the Indian market, Van Heusen had a unique position. Unlike other ready-to-wear men’s clothes companies available in India at the time, which catered to clients over 35, Van Heusen catered to customers between 25 and 45. 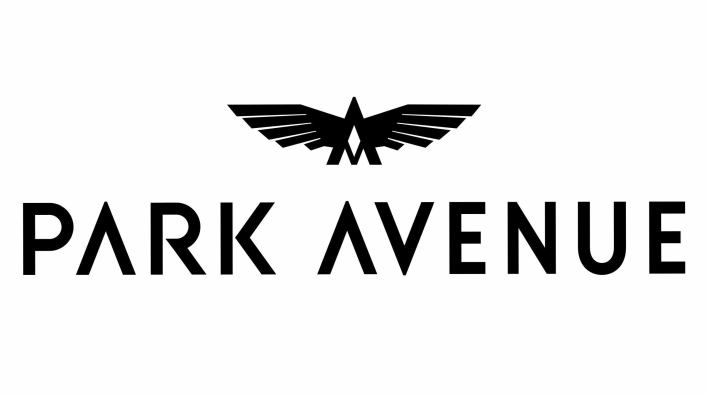 Park Avenue is a broad New York City avenue that runs north and south through Manhattan’s boroughs. It runs parallel to Madison Avenue to the west and Lexington Avenue to the east for most of its length in Manhattan. The whole length of Park Avenue was once known as Fourth Avenue; the name is still used between Cooper Square and 14th Street. Between 14th and 17th Streets, the avenue is known as Union Square East, and between 17th and 32nd Streets, it is known as Park Avenue South.

In the year 1986, a new concept was born. Raymond founded Park Avenue to provide men with “Complete Wardrobe Dressing Solutions.” The name “PARK AVENUE” was inspired by a prestigious Manhattan high street and is one of Raymond Apparel Ltd.’s most prestigious brands.

Park Avenue is now one of India’s biggest “Ready Made Garment” brands for men. It took the Raymond heritage’s ideals of trust, honesty, quality, and perfection. In 2007, Park Avenue created a Women’s line to meet the demand for western formal clothing. The brand’s main strength has always been innovation.

Park Avenue has a vast distribution network with over 565 ‘The Raymond Shops,’ over 50 Exclusive Brand Stores, over 5 Exclusive Woman Brand Stores, and over 656 Multi-Brand Outlets. Park Avenue is also found at large format stores such as Shoppers Stop, Lifestyle, and Central Park Avenue.

Bennett, Coleman & Co. Ltd. and some of Khushlani’s associates owned a 35 per cent share in the company in 2014, while Khushlani owns a 65 per cent ownership. Mufti entered the footwear market in December 2018. Mufti earned the CMAI’s Brand of the Year Award in 2015 and was named “Retailer of the Year” at the Global Awards for Retail Excellence organised by ET Now and Asia Retail Congress in February 2019.

The brand stated in 2018 that it would be expanding its product offering to include athleisure apparel and accessories.

Pepe Jeans London is a denim and casual wear jeans brand situated in Sant Feliu de Llobregat, Spain. It was founded in 1973 in the Portobello Road neighbourhood of London.

Carlos Ortega, the business’s CEO, owns more than 20% of the company. Pepe Jeans began as a weekend stall at Portobello Road Market in London in 1973, before growing to a store on Carnaby Street and then across Europe in the 1980s.

Pepe Jeans London first opened its doors in India in 1989. Since then, the brand has grown and expanded across the country with its global identity. Pepe Jeans London continues to be at the forefront of the fashion pack, thanks to a successful formula built on its ability to produce the most potent denim-led fashion. Pepe Jeans is a leading premium jeans and casual clothing brand in India, catering to youth and children.

In 2015, Pepe Jeans announced the addition of a new brand, Norton Clothing, which pays homage to the British motorcycle manufacturer founded in 1898.

Wrangler is American denim and other clothing company that specialises in workwear. Kontoor Brands Inc., which also owns Lee, owns the brand. Its headquarters are in downtown Greensboro, North Carolina, in the United States, and it has manufacturing sites worldwide.

Since 1947, when Wrangler was founded in Greensboro, North Carolina, on a platform of innovation and the desire to create the best possible jean, jackets, and shirts for cowboys, this has remained true. Flat rivets that won’t harm your saddle, watch pockets, felled seams for a more comfortable cowboy ride, and 7 belt loops rather than the standard 5.

Functional design aspects are still important today, but they’ve been updated to fit modern tastes and needs. Millions of people wear jeans daily, and they are still dedicated to improving the everyday functionality of their jeans and, as a result, making a tremendous and positive difference in their lives.

Denim Performance, ground-breaking innovative platform, began with Wrangler understanding of what a pair of jeans in the twenty-first century requires: jeans that keep you warm in the winter, cool in the summer, dry, and, just like they did in 1947, keep your pocket watch secure – except now most pocket watches make calls and surf the internet.

The firm procured fabric from Indian mills created and manufactured a line of world-class jeanswear based on consumer demands. It ushered in a new era of denim fashion in India. The country was enamoured with this brand and acknowledged denim as their No. 1 choice.

NU is a well-known jeanswear brand in the India. With its famed assortment of jeanswear, the brand now offers a truly vast and beautiful choice of casual wear. The new collection is as diverse as your imagination allows. Shirts, tees, coats, belts, shoes, and purses come in various hip and stylish colours, patterns, and designs.

Its state-of-the-art production facility in Dehradun is bolstering Numero Uno’s market domination. The brand, which is steadfastly focused on quality, innovation, and value for money, is rapidly expanding, with over 200 exclusive brand stores, over 700 multi-brand outlets, and numerous large-format stores around the country.

Oswal Woolen Mills Ltd, the Nahar group’s flagship company, founded Monte Carlo Fashions Ltd in 1984. The debut marked a crucial milestone in India’s branded apparel business. It has been catering to the ever-increasing demands of the Clothing and Fashion industries since then.

The Company’s primary goal is to meet or exceed the expectations of its customers by providing consistent quality backed by R&D divisions equipped with cutting-edge technology, a team of highly qualified technocrats, and sticking to strict deadlines.

The brand has received ISO 9001: 2000 certifications and the renowned Best Exhibited Product award from the International Wool Secretariat. In a study performed by Images-ORG-MARG in the summer of 2009, it was also named the No. 1 brand in the men’s clothing category. Monte Carlo was named one of the BEST MARKETING BRANDS IN ASIA by World Consulting & Research Corporation in 2014.