To address the inflation rates spelling a cast on the country, the RBI governor Shantikanta Das has revealed that the only option to overcome the financial crisis is by forcing the central banks to prioritize inflation control over growth.

The situation could cause much trouble for the companies which have secured huge debts that including the top business companies of India that have been fighting to increase revenues organically and inorganically.

The Reserve Bank of India has not increased the interest rates for the previous four years but the Russian-Ukrainian war has forced the increase of the price of essential items such as oil, food, and other commodities.

Reports depict that companies involved in the IT sector have low or no debt. However, the companies involved in infrastructure and other capital-intensive sectors have raised a huge amount of debt. The statement can be supported by the instance of Tata Motors and L&T. The companies have stood out for securing a loan of about INR 1 lakh crore debt on their own. Collectively, the two businesses have 20% of the total debt of all the seven business companies combined.

The debt of a company is calculated by considering the following parameters:

A good debt-to-equity ratio will depend from industry to industry. Generally, a D/E ratio below 1 is considered safe and a D/E ratio above 2 or higher is considered to be risky. A negative D/E ratio will indicate that the company has more liabilities than assets. Such types of companies would be considered extremely risky.

Top 10 most debted companies in India:

Power Finance Corporation Ltd. is an Indian financial institution under the control of the Ministry of Power, Government of India. The company was established in 1986 and is the backbone of the Indian Power Sector. The net worth of the company is speculated to be around INR 383 billion and the 8th highest profit-making Central Public Sector Enterprise surveyed by the Department of Public Enterprise Survey.

The company’s total debt is estimated to be around INR 90 billion and the debt to equity ratio is currently at 7.4.

The company’s debt has increased by 180 percent in the last four years. In the last two fiscals, its debt has nearly doubled.

Recently, PFC signed a loan agreement with the Japan Bank for International Cooperation(JBIC) for 30 billion. JBIC has provided a long-term facility to the company with an aim of financing projects which ensures the effective reduction of greenhouse gas emissions and conservation of the environment. 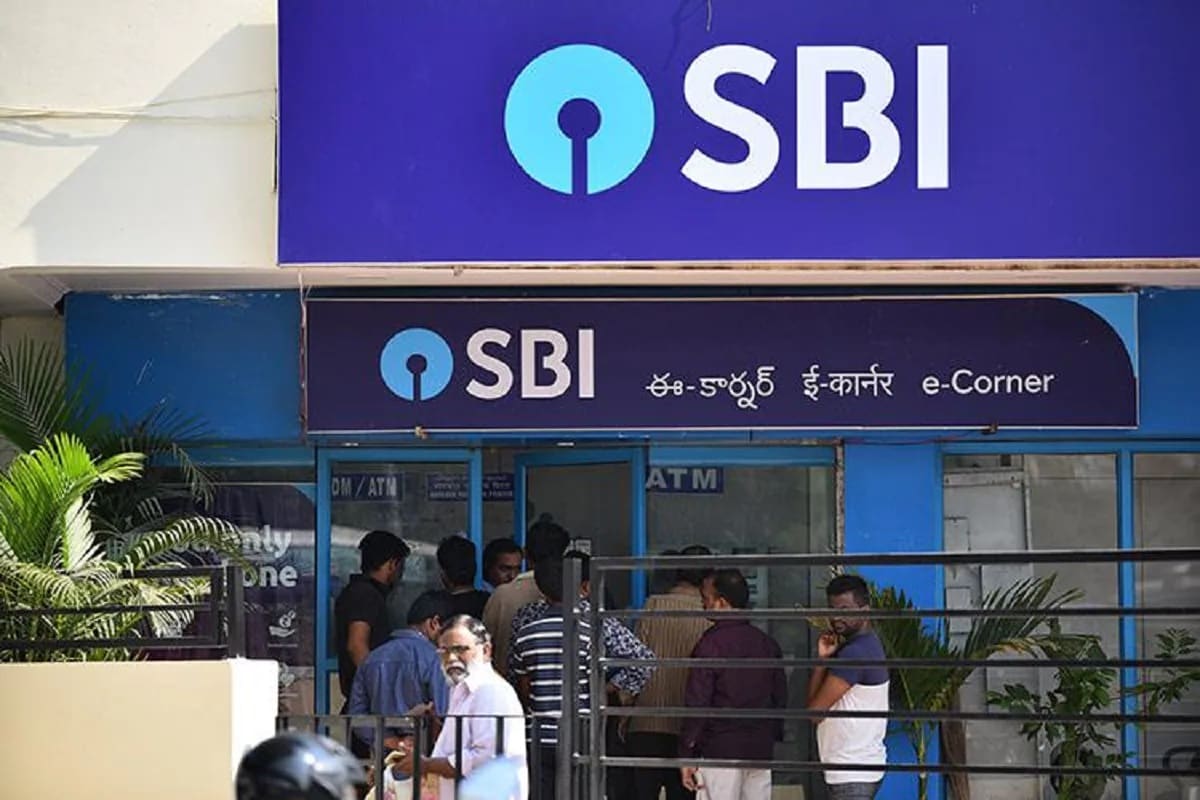 State bank of India is a multinational Indian public sector bank and financial service provider that has its headquarters based in Mumbai, Maharashtra. SBI has been ranked as the 43rd largest bank in the world and even has been ranked 221st in the Fortune Global 500 list of the biggest corporations of the world, 2020. It is the only Indian bank to make it to the list.

The public sector bank is the largest in India with a 23% market share by assets and contributes to a 25% share of the total loans and deposits market. In addition, the sector is the fifth largest employer in India hoarding a massive sum of 250 lakh employees.

The total debt of the State Bank of India is estimated to be around USD 59 billion and the debt to equity ratio is found to be 1.4.

For the past nine years, SBI has written off bad loans of over INR145,248 crore to its big defaulters while the bank was able to recover only 13% of it. The tremendous percentage of liability makes SBI on the list of the top 10 most debted companies in India. Indian Railway Finance Corporation (IRFC) is owned by the Indian railways, the Ministry of Railways, and the Government of India. The sector raises financial resources for expansion and running through capital markets and other borrowings. The company made it to the list on the National stock exchange of India/ Bombay Stock Exchange on 29 January 2021.

Currently, the company is under a huge debt of USD46 billion, and the debt to equity ratio amounts to 8.8.

In June 2022, the World Bank approved a USD 245 million loan to the Indian railway Finance Corporation for the country’s effort to improve the infrastructure of the railways and in turn boost the traffic from roads to railways. The main reason behind the approval of the loan by the World Bank is to reduce the emission of greenhouse gases. The percent of liability accounts for 43.17 making up the list of top debted companies of 2022. 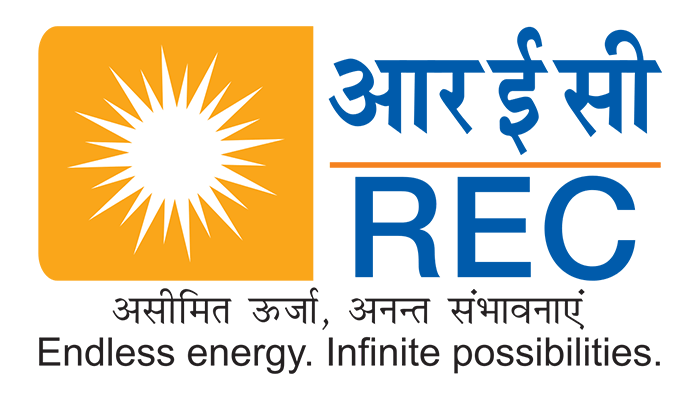 REC Ltd. previously known as the Rural Electrification Corporation Limited is a public sector finance company in India’s power sector. The company is undertaken by a Public Sector and promotes power projects across the country. The main work of the company is to provide loans to the subsidiary companies which include Central/ State Sector Power Utilities in the country, State Electric Boards, Rural Electric Cooperatives, NGOs, and Private power developers.

The total debt of the company aggregates to USD 46 billion and the debt to equity ratio sums up to 7.1.

The Power Finance Corporation (PFC) owns 52.63 percent of the stake in REC which estimates to be around USD 1.9 billion. 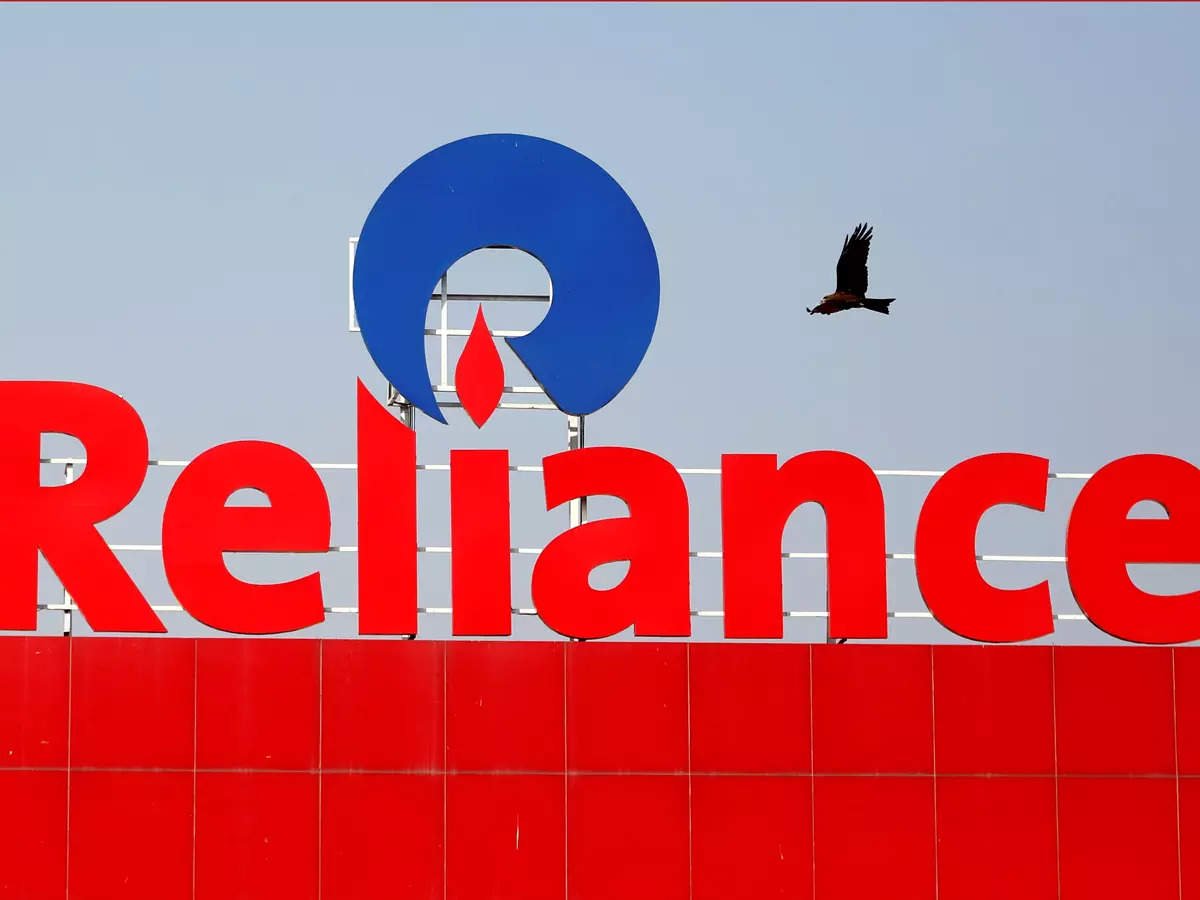 Reliance Industries is a multinational Indian conglomerate company with headquarters set up in Mumbai. The company has diverse businesses in all sectors including energy, petrochemicals, natural gas, retail, mass media, textiles, and telecommunications. The company is regarded as one of the most profitable brands in the country, the largest public traded company in India, and even the largest company in India in terms of revenue.

The company has a market capitalization of USD 243 billion as of 2022 and is one of the largest employers in India hoarding 236,00 employees.

Despite being the largest company in terms of revenue, Reliance Industries have a massive liability making it to the list of the debted companies of India in 2022. 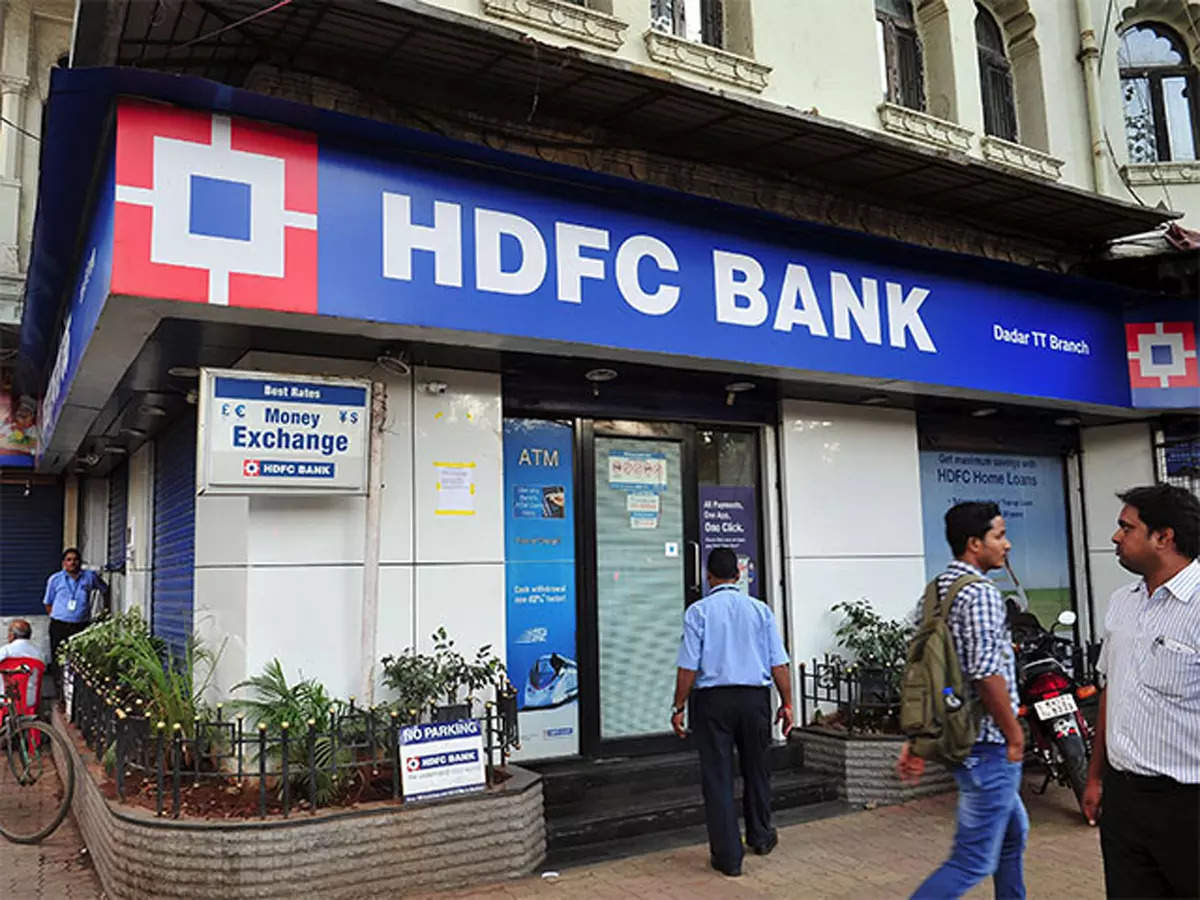 HDFC Bank Limited is an Indian banking and financial services company based in Mumbai. The company is one of the housing finance providers in India. The company is also involved in banking, life and general insurance, asset management, and many other fields. The company was founded in 1977 and was the first mortgage company in India.

The last four years recorded a significant increase in HDFC’s debt by 28.7 percent from Rs 2.17 lakh crore in FY15 to Rs 2.79 lakh crore by the end of FY19. The percentage of liability of HDFC bank accounts for 84.31.

In 2022, the total debt of the company estimates to be USD 31 billion and the debt to equity ratio amounts to 1.

In March, FY22 HDFC recorded a total borrowing of $65.83 billion, and 3% of the borrowing is secured from External commercial borrowing while 40% of the credit is raised through local bonds.

Recently, HDFC has declared that the company will secure USD 750 million in offshore debt to lend the consumers affordable housing. However, the decision has not been approved yet as of now. HDFC has a gross loan book of $86.15 billion and securing a loan will add to the company’s liability. 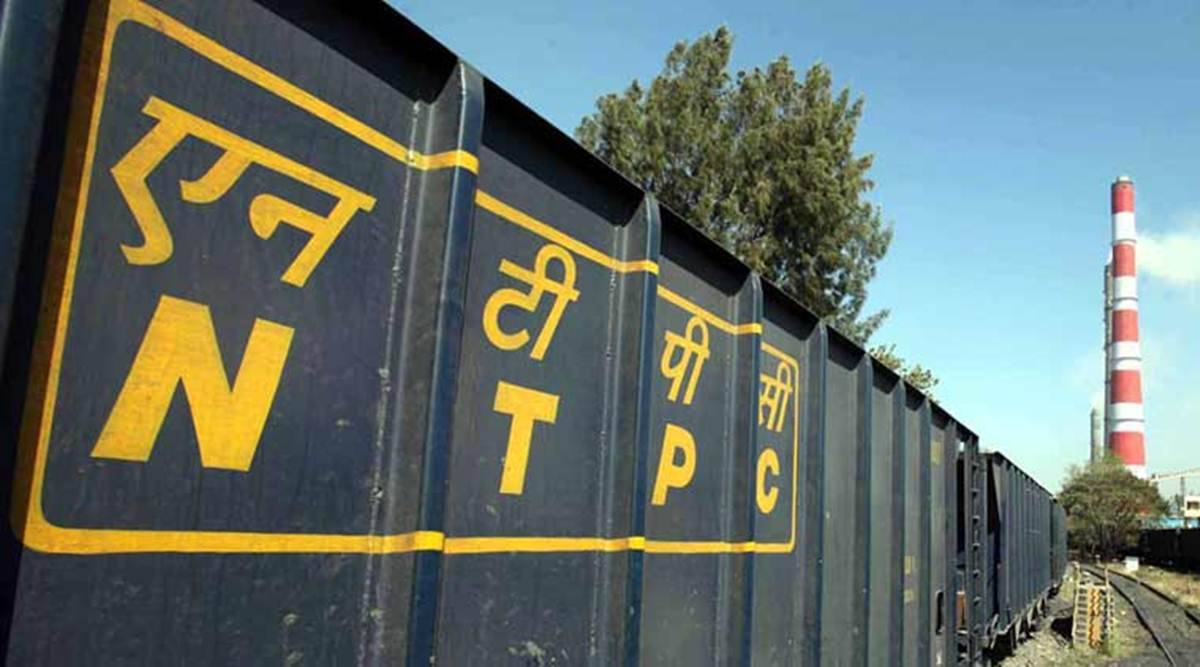 NTPC Limited previously known as the National Thermal Power Corporation Limited is an Indian public sector undertaking involved in the generation of electricity and other associated activities. The headquarters are located in Delhi. The Company’s main function is the generation and distribution of electricity to the State Board of India. The body is also responsible for consultancy and planning project contracts that involve engineering, construction management, operation, and management of power plants.

The company is the largest power company in India with an electricity generation capacity of 67907 MW. The Government of India founded the sector and holds 51.1% of the equity shares of the company.

NTPC Limited has a total debt of $28 Billion and has a debt to equity ratio of 1.6. The percentage of liability amounts to 48.14. In four years, the borrowing of NTPC has increased by a significant percentage of 56 with the revenues accounting for 1.62 lakh crore in the FY19. Vodafone Idea limited or commonly called Vi is an Indian telecom operator and its headquarters are situated in Mumbai and Gandhinagar. It is a pan-India integrated GSM operator and offers a wide range of network services. Vi is the third largest mobile telecommunications in India and has made the list of the 11th largest mobile telecommunications networks in the world.

Vodafone holds a 28.5% stake in the combined telecommunication service while the Aditya Birla Group holds a 17.80% stake.

Vi has a total borrowing of USD 28 billion and a debt to equity ratio of -3.9. The company has interest rates on its debts which has greater than the return on the investment. The percentage of liability amounts to 98.53%.

In February 2022 the company appointed SBI capital markets to negotiate the restructuring of loans worth INR 20,000 crore that the company is due to repay within four years.

Reports have pointed out that the cash-strapped company has borrowed half a billion dollars as loan to expand its 4G networks and compete with the rivals Reliance Jio, Infocomm, and Bharti airtel. 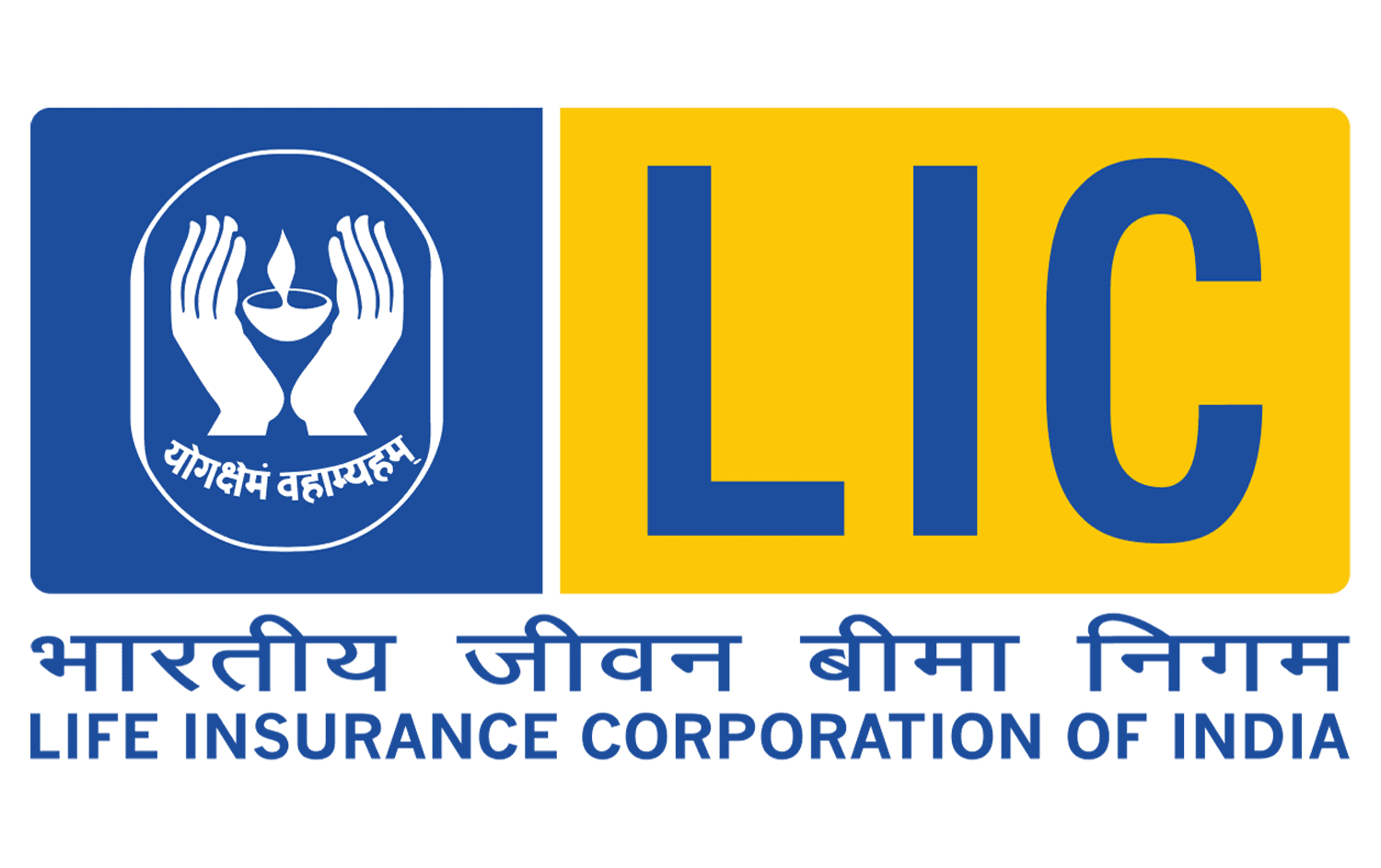 LIC Housing Finance is one of the largest Housing Finance Mortgage companies in India which is based in Mumbai. LIC HFC is the subsidiary group of LIC. The company deals with providing long-term financing loans to individuals for purchasing or constructing houses for residential purposes. The company provides finances to repair and renovate existing properties.

A total of 40% of the company’s capital is under the ownership of LIC. The Company has an authorized capital worth Rs1500 Million and the paid-up capital is estimated to be Rs1009.9 million.

The overall borrowing of the company calculated in the FY22 is estimated to be USD 26 billion and the debt to equity ratio measures to be 8.2. Bharti airtel limited is an Indian multinational telecommunications company with headquarters situated in Delhi. The telecommunication company operates in 18 countries across South Asia and Africa.

Despite having a reputation of being the largest telecommunication network operator, Bharti airtel makes it to the list of the Top 10 most debted companies of India. The total debt accumulated by the company sums up to USD 24 million and the debt to equity ratio is found to be 2.2. The percentage of liability of the company is measured to be 36.30%.

In addition, Bharti airtel is also in an agreement with Vodafone’s Idea in the AGR matter where the telecommunication sectors have to pay a considerable sum to the government of India. The debt of the company has soared by 50% from FY15 to FY19.

Netflix Lost its Subscribers, But Why Are Viewers Unsubscribing And Switching Off Netflix