Top 10 pharmaceutical companies in India in 2022

There are many pharmaceutical manufacturing companies in India, but just a few are at the forefront of product manufacturing and marketing. According to recent data acquired from sources, a compiled list of India’s top ten pharma manufacturing businesses is collected. The list is based on their current growth, regulatory approval, and manufacturing location.

A pharmaceutical company is a for-profit business that conducts medication research, development, marketing, and distribution, most commonly in healthcare.

They can sell both generic and brand-name drugs.

They are bound by many laws and regulations governing the patenting, testing, and marketing of medications and prescription drugs.

Since its inception at the turn of the 19th century, the pharma business has grown out as one of the most profitable and influential globally, generating both praise and criticism.

Drug discovery refers to the process of developing and creating drugs.

Historically, most drugs are developed by coincidence or by locating the active ingredient in traditional remedies.

A more recent strategy has tried understanding how disease and infection are controlled at the molecular and physiologic levels and then targeting specific entities based on this understanding.

New technologies and Data Management/ Informatics solutions are being used to accelerate this process.

Drug development is an expensive and time-consuming process.

Only a tiny percentage of all compounds for use in humans is eventually approved, only after expenditure in pre-clinical development, safety monitoring and clinical trials to determine a compound’s safety and efficacy.

The Indian pharma sector is predicted to expand at 9-11 per cent annual rate in 2021-22 (FY22), thanks to a push from domestic and emerging markets in the coming quarters, according to credit rating agency ICRA.

Growth for ICRA’s sample of 21 Indian pharma companies was mild in Q2 FY22, at 6.4 per cent, decrease from 16 per cent in Q1 FY22. Normalization of the base and pricing pressures in the US market were the leading causes for decreasing growth momentum in Q2 FY22, even though growth in domestic and emerging markets remained solid, according to a statement from the credit rating agency.

Given the Covid-related concerns, revenue growth for the sample set in the US market remained subdued, owing to high single-digit to low teens price erosion and prior inventory disposal. Companies are focused on specialized medicines, injectables, complex generics, and first-to-file chances to boost margins in the US industry, which has been hit by pricing pressure.

The Pharma sector in India in 2022
“Improved product mix is projected to contribute to price stability in the future. Overall, ICRA anticipates price erosion in the mid to high single digits in FY2022, “According to the agency’s statement.

ICRA forecasts R&D spending to stabilize at present and remain in the range of 6.5-7.5 per cent of revenues as businesses continue to focus on complex generics, first-to-file chances, and speciality products, all of which require higher R&D expenses. Stable R&D investments to produce such items will enable growth and margin expansion in the medium term.

The outlook of the pharma sector is stable, driven by healthy sales growth and profitability. Given the solid cash levels, ICRA expects the sample set’s capital structure and coverage measures to remain comfortable despite rising Capex and R&D expenses. 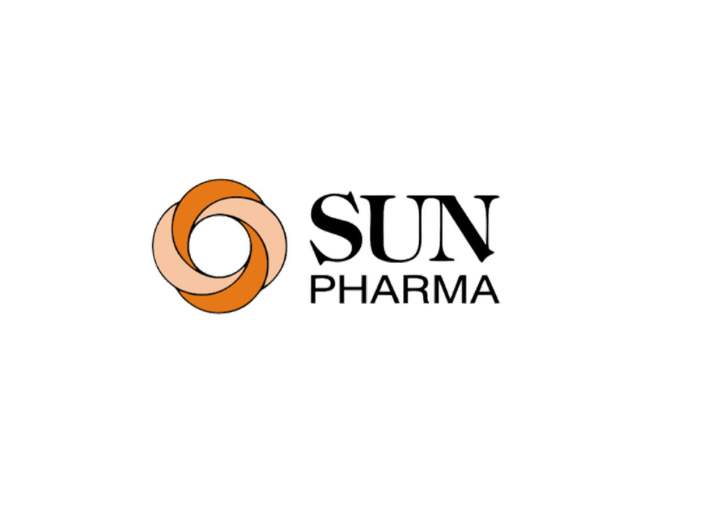 The company’s headquarters are in Mumbai, Maharashtra, India’s financial hub. Sun Pharma’sPharma is well-known for active pharma ingredients (APIs) and formulations. It focuses on chronic and acute treatments.

Some of the Awards bestowed on it are: 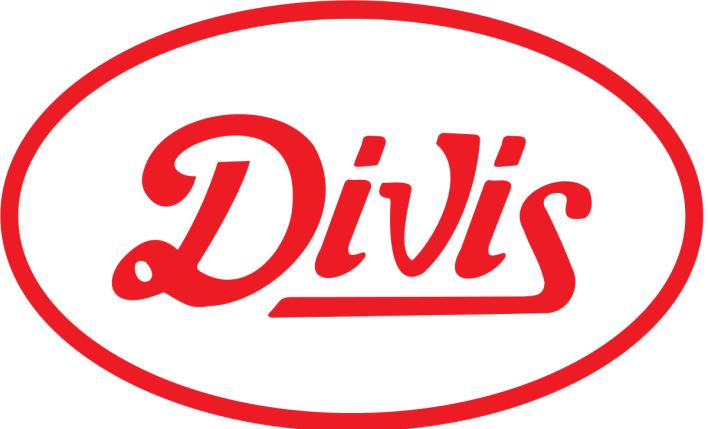 3. Dr Reddy’s Laboratories
Kallam Anji Reddy, the company’s founder, was born in Tadepalli, Andhra Pradesh. He grew up on a farm, and his father was a farmer. He saw his father make herbal drugs and distribute them for free. Kallam Anji Reddy worked at IDPL Pharma for six years until leaving in 1973. For the next ten years, Kallam Anji reddy was a member of two manufacturing units. In 1984, he decided to start Dr Reddy’s Laboratories.

From starting as a supplier and then to becoming an Indian drug manufacturer, it soon began exporting to other less-regulated markets that benefited from not having to invest time and money in a manufacturing plant that would gain approval from a drug licencing body like the United States Food and Drug Administration (F.D.A.).

By the early 1990s, the company’s growing scale and profitability from these unregulated markets helped to get a drug regulator certification for their formulations and drug manufacturing plants – in more-developed economies. This allowed them to enter regulated markets like the United States and Europe.

According to the Brand Trust Report 2014, a survey done by Trust Research Advisory, a brand analytics company, Dr Reddy Laboratories, was among 1200 of India’s most trusted companies in 2014. 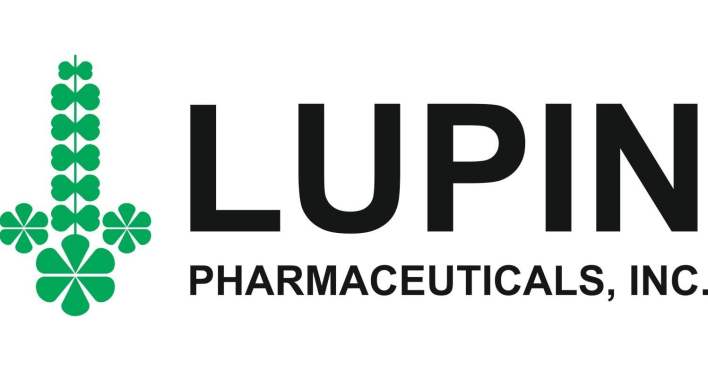 4. Lupin Ltd.
Dr Desh Bandhu Gupta, Founder and Former Chairmen of LUPIN LTD, is the name of the Lupin Founder, and the Lupin is headquartered in Mumbai. Lupin’s world-class production facilities are located in India, Japan, the United States, Mexico, and Brazil.

5. Cipla
Khwaja Abdul Hamied is the co-founder of Cipla. Cipla is a prominent firm with high-quality products for every branded and generic Medicine; we have strengthened our leadership in India’s pharma industry over the last few decades.

Cipla sells active pharma ingredients and pharmaceutical and personal care products to other manufacturers, such as escitalopram oxalate (antidepressant), lamivudine, and fluticasone propionate. They are the world’s leading producer of antiretroviral medications.

After completing a voluntary licencing agreement with the parent company and DCGI permission for “limited emergency use” in COVID-19 treatment of critical confirmed patients, the company introduced Gilead Sciences’ remdesivir under the brand name CIPREMI in India in July 2020.

Aurobindo Pharma Limited is a pharma manufacturing firm based in HITEC City in Hyderabad, India. The firm produces generic medications and active pharma ingredients. Antibiotics, antiretrovirals, cardiovascular products, central nervous system products, gastroenterological, and anti-allergic are the company’s six major therapeutic/product categories. These products are sold in over 125 countries by the corporation. 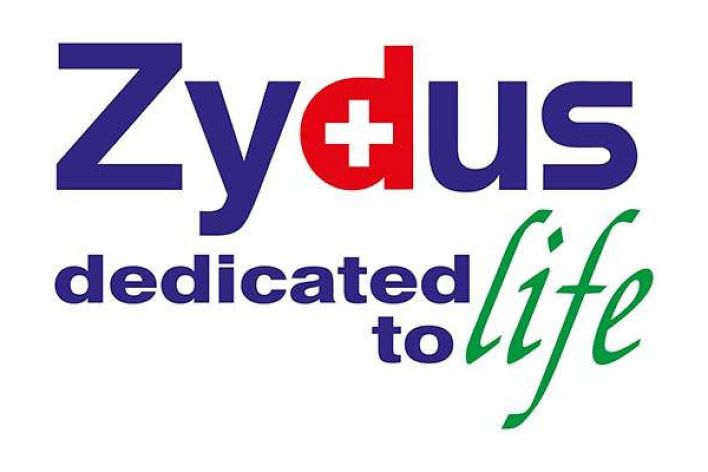 Zydus Cadila, founded by Raman Bhai Patel, is ranked 7 in India by 2020, with a global presence in more than 25 countries and more than 30 manufacturing locations in India, the United States, and Brazil.

Piramal Group is a multinational company with pharmaceuticals, financial services, and real estate holdings. The Group operates in over 30 countries and has a global brand presence in over 100 markets.

Piramal Group is a torchbearer of trusteeship and responsible business attitude, led by Mr Ajay Piramal, Chairman. The Group continues to produce long-term value for its stakeholders and the community by following the idea of ‘Doing Well and Doing Good.’

Each social programme supported by the Piramal Foundation addresses one of three key areas:

9. The Glenmark Pharmaceutical Company
Gracias Saldanha is the founder of Glenmark. Glenn Saldanha, the current chief executive officer of Glenmark, is one of his two sons. Mark Saldanha is the C.E.O. of Markson’s, a pharm firm with seventeen manufacturing facilities and five R&D centres dedicated to improving people’s lives.

Glenmark Pharmaceuticals Limited is an Indian pharma firm headquartered in Mumbai, India. It was formed in 1977 as a generic medicine and active pharma ingredient producer by Gracias Saldanha, who named the company after his two sons.

In 1999, the firm went public in India and created its first research facility. Glenn Saldanha, Saldanha’s son, became the C.E.O. in 2001 after returning to India from a stint at PricewaterhouseCoopers. Glenmark was India’s fifth-largest pharmaceutical firm by 2008.

After studies have shown that the drug had some effectiveness in COVID-19 treatment, the business marketed a prospective COVID-19 drug Favipiravir under the brand name FabiFlu in India in June 2020. In August 2020, they will release a more robust version of FabiFlu.

10. Torrent Pharmaceuticals Ltd.
Sudhir Mehta and Samir Mehta founded Torrent Pharma, which now operates in over 50 countries and has over a thousand products registered globally, with over 8800 workers.

Torrent Pharmaceuticals is present in over 40 countries and globally has over 2000 product registrations. Torrent Pharma is involved in the cardiovascular (CV), central nervous system (C.N.S.), gastro-intestinal, diabetology, anti-infective, and pain management therapeutic segments. It has also grown into nephrology and cancer therapy while focusing on gynaecology and paediatrics.

By delivering quality medicines, IDPL plays a major role in important National Health Programmes like Family Welfare Programme & Population Control (Mala-D & Mala-N), antimalarials (Chloroquine), and prevention of dehydration (O.R.S.). During the country’s disaster of a Plague breakout in 1994, IDPL was the sole company that played a critical role in distributing Tetracycline. Similarly, the business has ensured a supply of Chloroquine to fight the Malaria pandemic.

The WHO made the following observations on IDPL:

Some other pharmaceuticals companies

Hindustan Antibiotics Limited (H.A.L.), situated in Pune, India, is the government of India’s first public sector medicine production company. In 1993, it was the first firm in India to introduce a recombinant D.N.A. product, rHU-Erythropoietin (Hemax).

Although the company’s main purpose was to develop pharmaceuticals for the healthcare sector, it has expanded into agricultural and veterinary fields. The Pimpri manufacturing plant can produce medicines (60 MMU per year) and formulations in a variety of dosage forms, including injectables (132 million vials), capsules (250 million), tablets (120 million), liquid orals, and so on.

Rajasthan Drugs & Pharmaceuticals Limited (RDPL) is a Pharma Central P.S.U. with 51 per cent ownership held by the Government of India and 49% held by the Government of Rajasthan (through RIICO Limited). The firm was founded in 1978. It manufactures Tablets, Capsules, Liquid Orals, and Oral Rehydration Salts. Its manufacturing plant is on Road No. 12, V.K.I. Area, Jaipur. In April 1981, commercial production was commissioned.

KAPL has developed dramatically in the areas of manufacture and marketing of different life-saving pharmaceuticals since its humble beginnings in 1984.

KAPL is a WHO-GMP accredited firm. With ISO accreditation, KAPL has made a name for its total dedication to quality and services to meet the needs of domestic and markets globally.

Since its founding, KAPL has been a profit-making business, and several international countries have licenced its facilities for supplying pharmaceutical products.

Manufacturing, Marketing, Finance, Commercial, Human Resources, Research and Development, Quality Assurance, and Quality Control are the divisions of KAPL. These departments work together to ensure high-quality pharmaceutical products and services in both home and foreign markets.