On friday, the UAE purchased 80 Rafale fighter jets and 12 military helicopters from France, bolstering diplomatic and economic ties with the country with a 17 billion euro arms purchase.

The Rafale is a twin-jet fighter that can operate from an aircraft carrier or a land base. All combat aviation missions can be carried out by the fully adaptable Rafale, including air superiority and air defence, close air support, in-depth strikes, reconnaissance, anti-ship strikes, and nuclear deterrent.

The signing of a 16 billion euro (USD 18 billion) arms mega-contract for the sale of 80 upgraded Rafale jets to the United Arab Emirates was announced by France on Friday.

According to the French Defense Ministry, the transaction is the country’s largest-ever export weapons contract. On the first day of a two-day tour to the Persian Gulf, French President Emmanuel Macron landed in the United Arab Emirates. Emirati officers did not immediately confirm the signing.

The UAE has ordered the upgraded F4 type of Dassault Aviation’s multi-role fighter plane. According to the report, the Emirates Air Force will be the first Rafale F4 customer outside France.

After a $66 billion contract for Australia to buy 12 French submarines failed, the transaction gave France’s defence industry a shot in the arm.

The purchase represents a significant step forward for the UAE’s navy in the oil-and-gas-rich region. 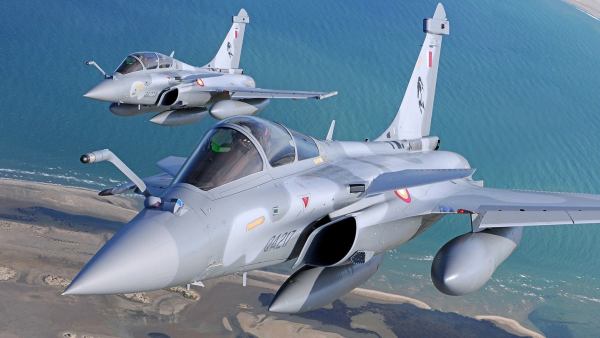 According to the statement, the deal signing was attended by Macron and Mohamed bin Zayed Al Nahyan, Abu Dhabi’s crown prince.

Defence authorities in France were overjoyed. France’s defence minister, Florence Parly, stated that the accord “directly benefits to peace in the region.”

See also  SoftBank-backed Getaround is raising $200M at a $1.5B+ valuation

Since the September 11th attacks, France has had close ties with the United Arab Emirates, a federation of seven Arabian Peninsula. The UAE erected a French naval base in Port Zayed, Abu Dhabi, in 2009.

At Al-Dhafra Air Site, a significant base West of Abu Dhabi that houses tens of thousands of American troops, French jets and staff are stationed.

Macron is a welcome visitor to the region because of his eagerness to form personal relationships with Abu Dhabi’s crown prince and his Saudi Arabian equivalent, Mohamed bin Salman Al Saud. While pursuing financial opportunities, Gulf leaders value pragmatism when discussing democracy and human rights; which rights groups and European legislators have heavily condemned their countries?

Macron travelled to the United Arab Emirates months after his election in 2017 to inaugurate the Louvre Abu Dhabi, created under a $1.2 billion arrangement to share the name and artwork of the world-famous museum in Paris.

Macron hosted the crown prince of Abu Dhabi in September at the famed Chateau de Fontainebleau outside of Paris, which was rebuilt in 2019 with a 10 million euro contribution from the UAE.

The UAE and France have also been increasingly allied by a common fear of Islamist political events across the Middle East and have backed the same side in Libya’s civil war.

According to a senior French presidential official who spoke to journalists ahead of the travel on the requested anonymity, Macron would “continue to push and support efforts that contribute to the region’s security, from the Mediterranean to the Gulf.”

According to the person, Gulf tensions will undoubtedly be discussed, particularly the resumption of discussions with international powers over Iran’s nuclear deal following President Donald Trump’s withdrawal from the agreement. Iran’s nuclear ambitions and influence in the region, particularly in Iraq, Syria, and Lebanon, have long been a source of concern for Gulf countries.

“This is a burning matter,” the French official said, noting that Macron discussed the issues with Iran’s president over the phone on Monday. The official will discuss Gulf leaders’ names and problems, including the Vienna nuclear talks. Officials said they are immediately touched by this subject, like all of us, because they are Iran’s neighbours.

Analysts say France, Germany, and the United States believe the 2015 nuclear deal — with minor adjustments — is the way forward with Iran. The United Arab Emirates and Saudi Arabia have been vocal in opposition to the West’s negotiated agreement with Iran.

“While the Gulf countries don’t like the West’s Iran deal, the possibility of it unravelling bitterly is also horrible for them,” said Kinninmont, a Gulf analyst at the European Leadership Network thinks tank in London. “They always said there has been that the West should have gotten more out of Iran prior signing the deal,” Kinninmont said. “Gulf States are coming to understand that if the West departs empty-handed, their security would be compromised.”

According to a statement from the French presidency, the UAE, one of France’s most excellent defence buyers, has chosen to buy 12 Caracal military transport helicopters.

“This is consequence of two countries’ strategic alliance, which made them bolster their power to act together for their security,” the statement read.

According to France, the agreement for the jets and helicopters is valued at roughly €17 billion.

Since the aircraft’s introduction in 2004, the Rafale has received the most prominent foreign order.

By ordering the Dassault Rafales, the UAE follows Gulf rival Qatar’s footsteps, which has called 36 of the planes, and Egypt, which ranked 24 in 2015 and 30 this year.

The announcement boosted Dassault’s stock by 6%.

The F4 model planes will be supplied starting in 2027, after a €2-billion development programme that is expected to be completed in 2024.

The Rafale fighter jet negotiations have been on-again, off-again for over a decade, with Abu Dhabi openly rejecting France’s offer to provide 60 planes in 2011 as “uncompetitive and unworkable.”

Despite competition from the US and other European manufacturers, Rafale has since established a breakthrough on the international market. Qatar, India, Egypt, Greece, and Croatia are six international clientele.

According to a parliamentary report, the UAE was already the fifth-largest customer for the French defence industry, spending €4.7 billion between 2011 and 2020.

In the Emirati capital, Paris maintains a permanent military base.

According to defence officials, the Rafale will replace the Mirage fleet and is unlikely to supplant the American F-35 since the UAE continues to rely on two major suppliers, France and the United States, for its security.

Macron is in the UAE as part of a two-day Gulf trip that includes Qatar, and Saudi Arabia stops.