Ukraine crisis updates: What to know as tensions rise

Russia has placed more than 100,000 troops near Ukraine’s border and ratcheted up war games in the region.

Moscow denies it is planning an assault, but the United States and its NATO allies fear that Russia is planning for war and are making preparations of their own.

Here are things to know about the international tensions over Ukraine, a crisis reminiscent of the Cold War. 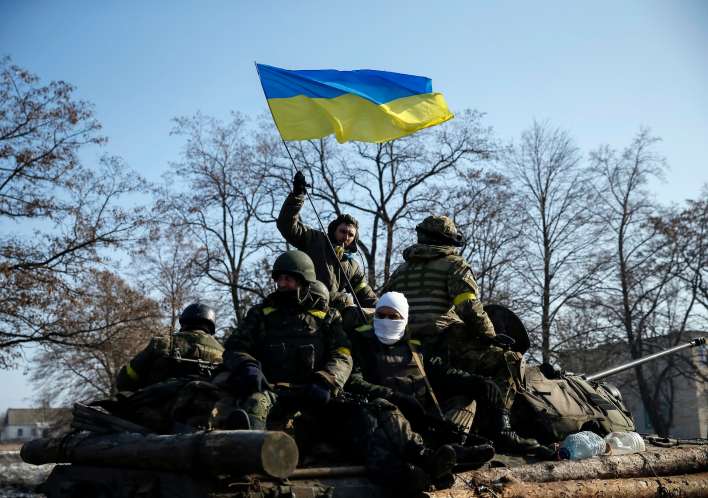 THE US SAYS NO

The US has made no concessions to the main Russian demands over Ukraine and NATO in a long-awaited written response delivered to Russia on Wednesday in Moscow, Secretary of State Antony Blinken said.

Blinken said the US response, delivered to the Russian Foreign Ministry by US Ambassador to Russia John Sullivan, gave up no ground on core principles such as NATO’s open-door membership policy and the alliance’s military presence in Eastern Europe.

Blinken said the document made clear that the US is standing by its oft-stated positions. There is no change, there will be no change, he said. But, he said the written response to Russia also contains serious offers for a diplomatic path to de-escalate soaring tensions over Ukraine by addressing Russian concerns on other matters.

The US response comes as Russia is warning that it would quickly take retaliatory measures if the US and its allies reject its security demands and continue their aggressive policies over Ukraine.

Russia has demanded guarantees that NATO never admit Ukraine and other ex-Soviet nations as members and that the alliance roll back troop deployments in former Soviet bloc countries, a region Moscow still views as its sphere of interest.

WHAT DO UKRAINIAN LEADERS SAY?

Ukrainian officials have sought to calm nerves as tensions escalate.

Ukrainian Foreign Minister Dmytro Kuleba said Wednesday that while the concentration of Russian troops near Ukraine poses a threat, their number is now insufficient for a large-scale offensive.

They are still missing some key military elements and systems to mount a big, full-scale offensive, Kuleba told reporters.

He also noted that causing alarm could be an end in itself. Russia, he said, hopes to destabilise Ukraine by spreading panic, raising pressure on Ukraine’s financial system and launching cyberattacks.

WHAT IS THE MOOD ON UKRAINE’S FRONT LINE?

Soldiers and civilians in eastern Ukraine are waiting with helpless anticipation to see if war comes.

They understand that their fate is being decided by politicians in distant capitals. Even politicians in their own capital, Kyiv, have found themselves on the sidelines of several rounds of high-stakes diplomacy that so far have not yielded a breakthrough.

The battle-weary region has been fighting pro-Russia separatist fighters since 2014. It is an area close to where Russia has massed tens of thousands of soldiers in a troop buildup that US President Joe Biden says could mount the largest invasion since World War II. 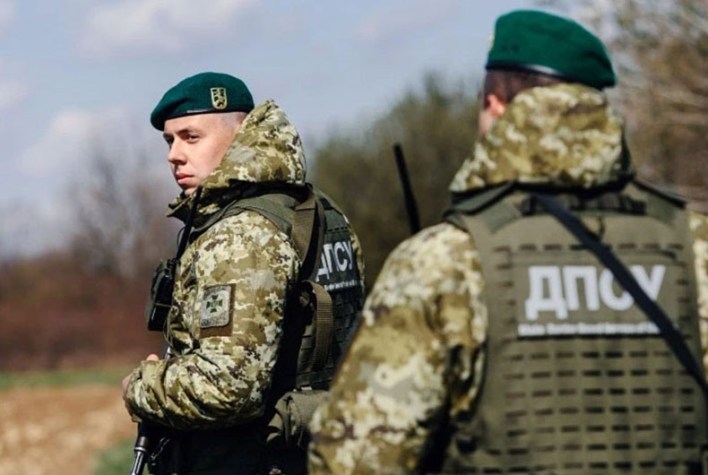 WHAT IS HAPPENING ON THE DIPLOMATIC FRONT?

Envoys from Russia, Ukraine, France and Germany met Wednesday for more than eight hours in Paris to discuss the separatist conflict in Ukraine’s eastern industrial heartland. Although there was no breakthrough, they promised to meet for new talks in two weeks in Berlin.

The French president’s office said afterward in a statement that the parties support unconditional respect for a cease-fire in eastern Ukraine.

The Ukrainian representative, Andriy Yermak, was cautiously optimistic. He also acknowledged Wednesday’s talks did not directly address current tensions at the border or resolve past differences.

WHAT IS BRITAIN’S STANCE?

British Foreign Secretary Liz Truss has urged European nations to do more to support Ukraine, saying we would like to see our allies do more to help supply defensive support to Ukraine .

The UK has sent anti-tank weapons to Ukraine in response to Russia massing troops near its border. It has ruled out sending combat troops, but Truss said Britain has ruled nothing out in terms of sanctions.

In fact, we’ll be legislating to toughen up our sanctions regime and make sure we are fully able to hit both individuals and companies and banks in Russia in the event of an incursion, she told the BBC.

What’s important is that all of our allies do the same, because it’s by collective action, by showing Vladimir Putin we’re united, that we will help deter a Russian incursion.

WHAT IS GERMANY DOING?

Among the NATO allies, Germany in particular has faced calls to help Ukraine more and been faulted for a perception that it is prioritising its economic ties with Russia over Ukraine’s security.

Amid that backdrop, German Defence Minister Christine Lambrecht said Germany will deliver 5,000 military helmets to Ukraine following a request from the country’s embassy. She said that it was a very clear signal that we stand by your side .

Ukraine’s ambassador to Germany welcomed the planned delivery of the helmets but described it as a purely symbolic gesture . Andriy Melnik told German news agency dpa that this is only a drop in the ocean .

He added that Ukraine expects a 180-degree turn from the German government, a real paradigm change.

Germany has said that it won’t deliver lethal weapons to Ukraine.

Yet German Foreign Minister Annalena Baerbock insisted Wednesday that the European Union’s common goal in the Ukraine crisis is and remains the defence of Ukraine’s sovereignty and territorial integrity . 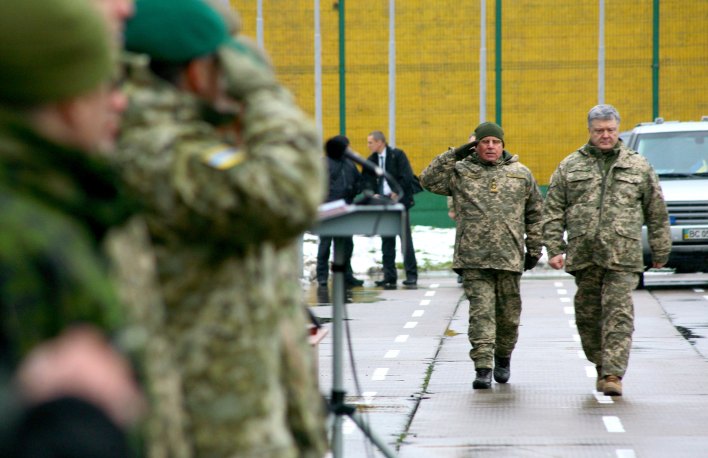 WHAT DO ITALIAN BUSINESSES WANT?

Like Germans, some Italians are suspected of putting business ties with Russia ahead of solidarity with Ukraine.

On Wednesday, Italian business leaders held a video conference with Russian President Vladimir Putin even though the Rome government asked that the conference be cancelled, or at least that companies with government stakes not participate.

During the call, Putin underlined Italy’s role as its third-largest EU trading partner, with 5 billion invested by Italian companies in Russia and 3 billion by Russian companies in Italy.

The president of the Italian-Russian Chamber of Commerce, Vincenzo Trani, said the two countries have always been able to overcome challenging outside factors in recent years…through dialogue .

Participants included Marco Tronchetti Provera, CEO of Pirelli tires, who is president of the Italian Russian entrepreneurs committee. La Repubblica said the CEO of the oil company ENI and the SNAM energy infrastructure company, which are partially state-owned, cancelled.

WHAT ABOUT THOSE COMMENTS IN CROATIA?

Croatia’s prime minister sought Wednesday to defuse an uproar after the country’s president said Ukraine does not belong in NATO” and Croatian troops should not be part of any Western response force in case of a war.

Prime Minister Andrej Plenkovic described Milanovic’s comments as unreal in many ways and said Croatia, a member of NATO and the EU, will continue to have friendly and partner relations with Ukraine.

I can speak for the Croatian government, Plenkovic said. Croatia’s core position is respect of Ukraine’s territorial integrity.

WHAT IS CANADA DOING?

Trudeau said he has authorised the Canadian Armed Forces to deploy 60 personnel to join 200 troops already on the ground, with further capacity to increase that number up to 400. He said Canada will also provide nonlethal equipment, intelligence-sharing and support to combat cyberattacks.

We are seeing around the world right now a backsliding of democracy, an attack on democratic principles in many different forms,” Trudeau said. “But the direct threat of a Russian invasion, to take control of Ukraine, to take away the choice of Ukrainian people to chose their future…It’s something that concerns all of us who cherish democracy. 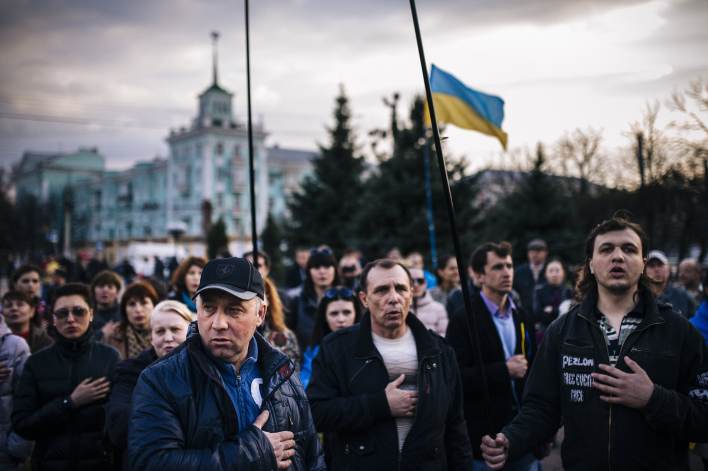 WHAT DOES POPE FRANCIS WANT?

Pope Francis prayed that political leaders put aside personal interests and let dialogue prevail amid concerns of a Russian invasion of Ukraine.

Francis kicked off a daylong prayer for peace in Ukraine on Wednesday with a special appeal at the end of his weekly general audience. Please, never again war, Francis said. Let us insistently ask the Lord that in this land may fraternity overcome wounds, fears and divisions.”

They deserve peace, he said.

Bond yields may touch pre-pandemic levels of 6.8 pc this quarter