A number of investors including Sequoia Capital India and Steadview Capital are in talks to back Polygon, which operates a framework for building and connecting Ethereum-compatible blockchain networks, by way of tokens purchase, three sources familiar with the matter told me.

The investors are looking to purchase tokens worth $50 million to $150 million, sources said, requesting anonymity as the talks are private. As is common with these token transactions, investors will be able to buy the coins at a slight discount. (20% discount on the average of price of MATIC in the past one month, from what I have heard.) 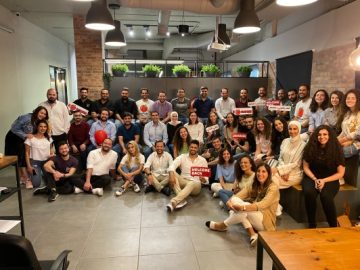 The company, formerly known as Matic, has established itself as one of the most popular layer two solutions. The firm, whose market cap has exceeded $14 billion, processes over 7.5 million transactions a day and allows thousands of decentralized apps to continue to use Ethereum as the settling layer but avoid the increasingly pricey gas fee. Aave, Sushi Swap, and Curve Finance are among some of the largest bluechip projects that have deployed on Polygon, which has amassed one of the largest developer ecosystems (even when compared to some layer 1 blockchains).

An investment will mark a shift in the investors’ perception of Polygon, which until recent years struggled to receive backing from most prominent venture firms in India. (Most VCs in India, it’s worth noting, were also not actively tracking the web3 space until a few quarters ago.) Furthermore, Polygon has witnessed at least one episode where some of its early investors requested their money back during one of the bear cycles, according to two people familiar with the matter.

The firm returned money to some of those investors and survived. “It’s one of the themes with the Polygon team. Their perseverance is next level,” said a former employee. Polygon, which received backing from entrepreneur and investor Mark Cuban this year, is among dozens of side-chains and roll-up networks that is hopeful that Ethereum will continue its dominance even as a handful of other layer one projects such as Polkadot, and Solana, which is backed by Multicoin Capital and A16z, are attempting to court the nascent but fast-growing developer ecosystem.

On Bankless podcast earlier this year, Polygon co-founder Sandeep Nailwal said the web3 developer ecosystem today is centred around Ethereum and he is hopeful that the network effect won’t dissipate. On the same podcast, Nailwal and Mihailo Bjelic, another co-founder of Polygon, said Polygon is increasingly expanding its offerings to build a blockchain infrastructure.