Justice S. Abdul Nazeer retired on 4 January 2022 after serving 6 years in the Supreme Court. Before his elevation as a judge of the Supreme Court, Justice Nazeer served as a Judge of the High Court of Karnataka for nearly 14 years. Justice Nazeer’s six-year tenure as a Supreme Court judge is longer than the average tenure expectancy of his fellow judges of 5.2 years. The median expected tenure of current judges is 5 years.

Justice Nazeer’s above-average tenure has given him an opportunity that few of his fellow judges have – the opportunity to be part of 10 Constitutional Court cases during his career. Justice Nazeer’s judgments cover various subjects. 25 of his Judgments are in criminal cases – the highest proportion of Judgments he has written. Property matters come second with 15 Judgments, while his remaining Judgments are split fairly evenly across a wide array of subjects. State Of Representation Of Women In The Judiciary

During the last 70 years, no significant attempt has been made to ensure adequate representation of women in the High Courts or the Supreme Court. We have seen only 11 women judges and no woman CJI in the Supreme Court since its inception. Only 83 out of 680 high court judges are women. Only 30 percent of subordinate judges are women. Fortunately, this time the collegium took a big initiative and appointed three female Supreme Court judges at once. The rise of Justice Nagarathna, in particular, is also seen as the proverbial breaking of the glass ceiling as she is set to become India’s first female Chief Justice in 2027.

Diversification brings positive institutional changes, and the judiciary must be more diverse. This calls for the involvement of more women in the courts. For change to occur, patriarchal mindsets and gender stereotypes must first be put aside. For example, there is a general opinion that female judges will be more sensitive to the female side of the case, while male judges will be neutral.

But this is a misconception because, in the Sabrimala judgment, it was the judge, Justice Indu Malhotra, who did not agree to allow women of all ages to enter the Sabarimala temple, preferring instead to protect religious practices. Many such glaring examples of diversity in judicial reasoning can be seen if given the opportunity. Women outnumber men in law school classrooms and are increasingly involved in the corporate sector, but their underrepresentation in such decision-making institutions is woeful. CJI NV Raman’s call for 50% reservation for women at all levels of the judiciary is laudable, but mere affirmative action cannot bring about healthy change. When the ranking is based on competition, there is no shortage of women, and yet women continue to fight for better representation in the higher judiciary. What needs to be removed is the patriarchal mindset and the neutral balancing act.

Reasons For The Low Representation Of Women In The Judiciary?

Judicial Code: Article 233 sets the condition of 7 years of experience as a lawyer to be appointed as a district judge. The judiciary interpreted this as seven years of continuous practice. The judicial rules of most states dictate a minimum age of 35 for entry into the office of district judge through direct recruitment. Marital and family responsibilities in this age group reduce women’s ability to compete for roles in the judiciary.

Leaking Pipeline Syndrome: Leaking pipeline syndrome is often used as a metaphor for the way women disappear as they move from lower to higher levels. The phenomenon of leakage is witnessed across the spectrum of careers, including the judiciary (~35% of lower court judges to ~11% in the SC). Family responsibilities, personal choices, long working hours and work-life conflict, working conditions, lack of access to work opportunities, barriers to advancement, and lack of family support often lead to women leaving their careers early. This “voluntary withdrawal” masks a tacit acquiescence to patriarchally prescribed gender roles.

Opaque recruitment process (college system): There are relatively more women in the lower levels of the judiciary due to the presence of formal qualifications and examinations. Such an arrangement is more rational and transparent. Appointments to the higher judiciary are made through an opaque collegium system where eligibility and selection criteria are unknown. Critics of the college system say that appointments depend on favorable reviews and professional/personal networks.

Uncomfortable Environment: The environment is hostile and sexist, making it difficult for women in litigation to grow as professionals. According to the research paper “Structural and Discretionary Bias: Appointment of Women Judges in India”, 13 judges out of 19 respondents acknowledged the gender biasing in selection process.

Lack of support infrastructure: Lack of support measures and infrastructure, from toilets to maternity leave, also contributes to the high attrition rate among female lawyers. Of the 6,000 courts across the country, 22% of them do not have separate toilets for women. Many female law graduates prefer to enter the corporate sector. 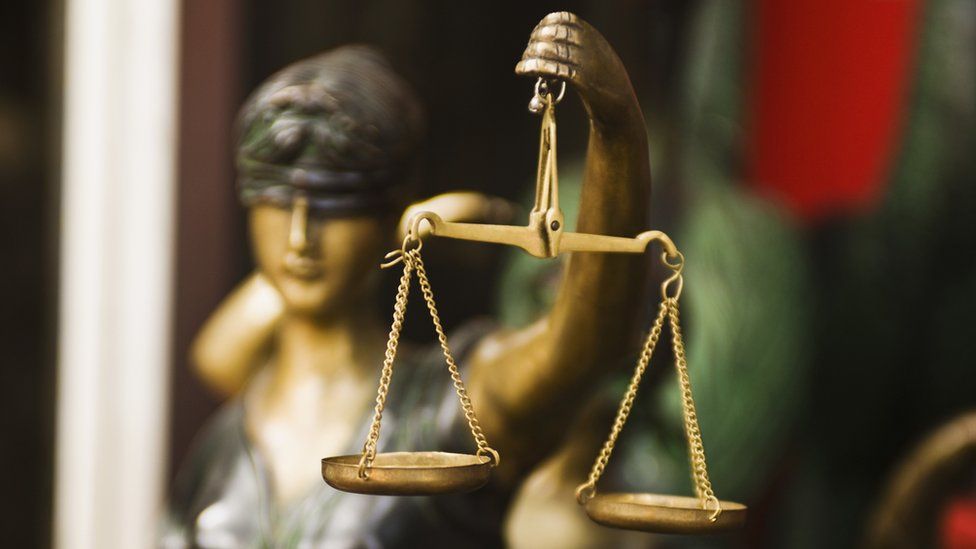 Lack of Empowering Provisions: While quotas for women have been introduced in lower courts in many states, these policies are yet to be implemented in the higher judiciary. States like Assam, Rajasthan, Andhra Pradesh, Telangana, and Odisha have these empowering provisions and have > 40% women judges.

Effects Of The Low Representation Of Women In The Judiciary?

Bias in sentencing: Critics say the lack of a gender perspective leads to biased judgments, e.g. in August 2020 the Madhya Pradesh High Court granted bail to a molester on the condition that he receive a rakhi tied by the victim. Sometimes the judgments tend to enforce the “ethics of conduct” of Indian women (i.e. how ideal women should behave). In June 2020, while granting bail to a rape accused, the Karnataka High Court noted that “the conduct of Indian women after a rape victim is not, how a rape victim “ideally behaves”. The basis of such judgments is limited to the ideal dignity of the woman, not to the criminal nature of the act itself.

Deficiencies in legal reasoning: The ability of the legal system to understand and respond to different social circumstances and experiences is enhanced by greater judicial diversity. If women are not adequately represented, the justice system will be unable to meet the needs of women and other underserved communities.

At a farewell event organized by the Supreme Court Bar Association in honor of Justice Abdul Nazeer, who retired on Wednesday, the judge drew attention to the low representation of women in the judiciary. Justice Abdul Nazeer said there is always room for improvement and change and said, “If I say that the Indian judiciary is immune to gender inequalities, I could not be further from the reality.” Supreme Court Justice Abdul Nazeer quoted Kofi Annan as saying that there is no more effective instrument of development than the empowerment of women. Justice Nazeer said that the Supreme Court has always strived for excellence, which he also acknowledged. He also expressed that under the leadership of the present CJI DY Chandrachud, the apex institution is ready to face the challenges of this dynamic society. In his speech, CJI DY Chandrachud commended Justice Abdul Nazeer for his contribution and informed that Justice Nazeer was part of various landmark judgments including the Ayodhya matter and demonetization matter.

CJI DY Chandrachud called Justice Nazeer “simplicity personified” and said he got his passport done in 2019 and was on a foreign visit to Moscow. The CJI also said that Justice Nazeer has learned Sanskrit, which shows his diversity, inclusiveness, and open-mindedness. CJI Chandrachud also revealed several secrets about Justice Nazeer, including that he was fond of theater in his college days, composed plays, wrote dialogues, shot scenes, and himself was the lead singer in his play.