In November, higher food and fuel prices boosted the wholesale price inflation (WPI) rate to a new high, increasing concerns that this could translate into higher retail inflation in the months ahead.

According to figures from the industry department, the WPI-based inflation rate increased to 14.23 percent in November from 12.54 percent a month earlier, as food inflation (4.88 per cent) turned positive and fuel inflation (39.81 per cent) increased due to comparatively high petroleum costs.

With wholesale price inflation running in double digits for the ninth month in a row, in the 2011-12 era, this is the highest WPI rate.

In November, crude oil prices jumped by 91.74 per cent, compared to 80.57 per cent in October. In November, however, inflation for manufactured goods fell to 11.92 per cent, indicating that firms may be absorbing some of the increase in input costs.

Fruit (15.5%) and protein-rich foods like eggs, milk, and fish (9.66%) witnessed rapid price increases compared to a year ago.

In November, core inflation, which excludes food and fuel, reached a new high of 12.3%.

The increase in the WPI rate to an all-time high, according to Aditi Nayar, chief economist at ICRA, came as a surprise, especially with most non-core categories exhibiting a significantly sharper price rise than projected.

“An unseasonal increase in vegetable costs, as well as increases in inflation for eggs, meat and fish, and condiments and spices, drove the primary food inflation rate to a 13-month high of 4.9 per cent in November, up from 1.7 per cent the previous month.” Despite a predicted sequential decline in prices for different food products, the inflation rate for food source products is expected to rise in the current month due to a lower base,” she noted.

Although prices of various food items had shown a seasonal downward trend, and costs of several commodities had corrected to some extent following the reality check provided by the Omicron variant, the rupee had depreciated in recent sessions, limiting the scope of moderation in the WPI rate in December, according to Nayar.

“We now expect the WPI rate to average 11.5-12 percent in FY22,” she said, “with headline and core inflation expected to remain in double digits for the next three months and one month, respectively.”

The government attributed the increase in the WPI rate to an unfavourable starting point. 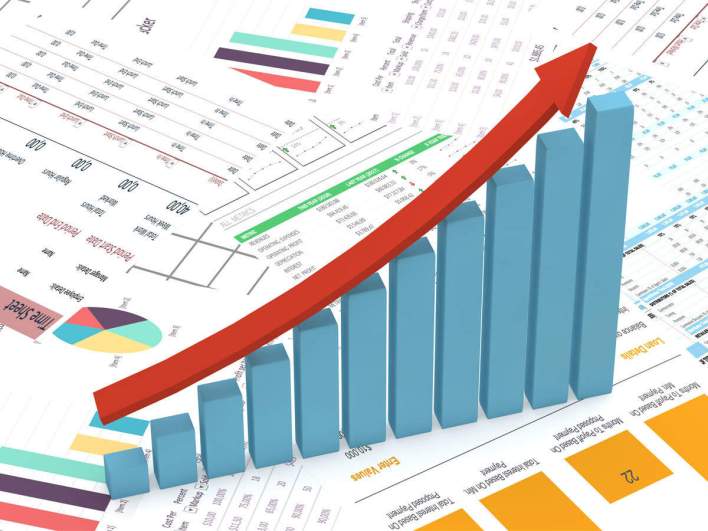 The surge in catch-up demand, observed Reserve Bank of India Governor Shaktikanta Das last week, was greeted with congested supply chains, a shortage of essential inputs, and tighter labour markets as economies reopened. “We now forecast the WPI rate to average 11.5-12 per cent in FY22,” she said, “with the headline and core inflation both expected to remain in double digits for the next three months and one month.” “

See also  Make your own phone with MakerPhone (some soldering required)

The administration attributed the increase in the WPI rate to an unfavourable starting position. The higher inflation figure is mainly due to a low base effect compared to November 2020 statistics.

Fuel and power have made the most considerable contributions to rising inflation rates. As a result of these global ramifications, countries with historically low inflation rates, such as the United States, are now reporting record inflation rates,” the commerce and industry ministry said in a statement.

As economies reopened, the rise in catch-up demand was met with clogged supply chains, a shortage of vital inputs, and tighter labour markets, as noted by Reserve Bank of India Governor Shaktikanta Das last week.

At the wholesale level, both core and manufacturing inflation remained above 11% for the seventh month in a row. Commodity and input price pressures are prevalent, as seen by the spike in the core index and a noticeable uptick across the sub-groups. Manufacturers are passing on increasing input costs to their output prices, as evidenced by this trend. Despite the cutbacks, fuel continues to drive up input costs.

Factors that contributed to the increase-

At the retail level, core inflation — the non-food, non-fuel component of inflation — soared to a five-month high of 6.08 percent in November. At the wholesale level, it hit a new high of 12.3% in November 2021.

” They stayed over 11% for the sixth month in a row. Sticky core inflation suggests that, despite uneven demand recovery, firms are gradually passing on higher input costs to their output prices. Because gasoline is such an important component of transportation costs, increased fuel prices drive up distribution costs even more. As a result, inflation has been in double digits for six months in a row in seven industries, including textiles, paper and chemicals, rubber and plastics, basic metals, fabricated metals, and furniture, with textiles, paper, and chemicals setting a new high in November 2021,” said Sunil Kumar Sinha, Principal Economist, India Ratings and Research.

See also  Is current inflation really as transitory as we think it is? - what could go wrong 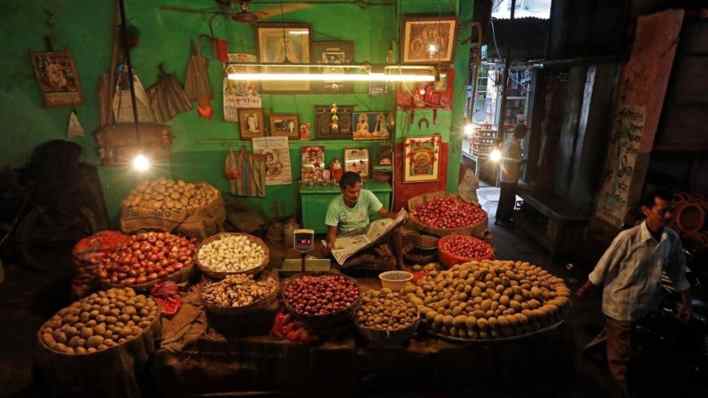 WPI data is published by the Economic Adviser, Ministry of Commerce and Industry. In contrast, CPI data is issued by the National Statistical Office (NSO), Ministry of Statistics and Programme Implementation (MoSPI).

Even though it is not a policy tool, the rise in the WPI is cause for concern. Instead of CPI-based retail inflation, the more widely followed policy instrument, the WPI measures prices at the wholesale or factory gate/mandi levels.

The distinction among wholesale and retail pricing is that the former records basic prices, which excludes transportation expenses, taxes, and the retail margin, among other factors. And the WPI only applies to commodities, not services. As a result, the WPI primarily serves as a GDP deflator by capturing the average movement of wholesale prices of items (the ratio of the value of products produced by an economy in a given year at current prices to the value of goods produced during the base year at current prices). 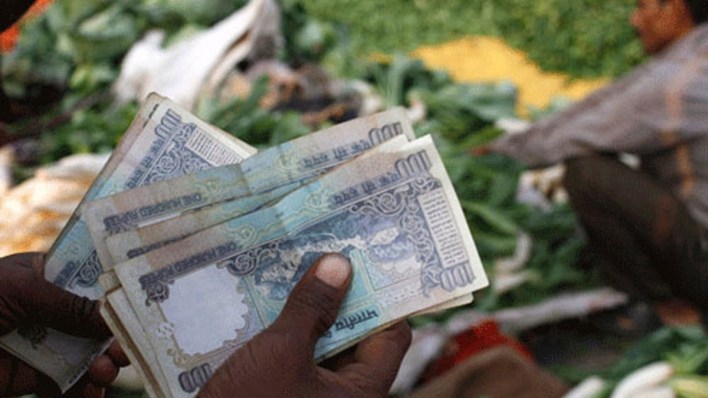 The trend is expected to continue.

According to economists, the low-inflation period is over. “Going forward, any relief on the fuel front is improbable,” they added. Inflation in commodities such as health, fuel and light, transportation and communications has turned structural, and supply constraints further aid higher inflation, which cannot be described as transient. Despite a recent drop from a high of $84 per barrel, Brent crude remains above $72 per barrel in international markets. Moreover, the expansion of the Omicron version in Europe and the United States may prevent global supply chains from returning to normal and maintain high transportation and logistics costs. As a result, India Ratings & Research anticipates wholesale inflation to stay high in the short future,” Sinha said.

Consumer prices are being pushed up by input price pressures and supply-side shortages, and demand may be affected even more in the future. The new Omicron variant’s hazards are projected to put upward pressure on global commodities prices.

“In recent sessions, the Rupee has weakened, reducing the degree of WPI inflation moderation in December 2021. Although prices of various food items have shown a seasonal downtrend, and following the reality check offered by the Omicron version, prices of numerous commodities have corrected to some amount; nonetheless, the Rupee has fallen in recent sessions, limiting the extent of moderation in WPI inflation in December 2021.” “We now estimate WPI inflation to average 11.5-12.0 percent in FY2022, with headline and core inflation both expected to remain in double digits for the next three months and one month,” said Aditi Nayar, ICRA’s Chief Economist.

Most analysts believe the RBI would keep a close eye on inflation but that the following monetary policy review in February 2022 will focus more on growth. On December 8, the RBI held its key policy rates steady in its monetary policy review. “The government’s recent proactive supply-side initiatives have continued to limit the pass-through of higher international edible oil prices to local retail inflation. Crude prices have experienced a considerable drop in recent months.

High industrial raw material prices, transportation expenses, and global logistics and supply chain constraints exert cost-push pressures on core inflation. The RBI claims that the economy’s slack prevents increasing input costs from being passed on to output prices. According to the estimate, CPI inflation will be 5.3 percent in fiscal year 2021-22, 5.1 percent in Q3, 5.7 percent in Q4, and 5% in the first quarter of fiscal year 2022-23.

The upward trend in inflation indicators has political ramifications, especially with the upcoming assembly elections next year. Congress conducted a large demonstration in Jaipur on Sunday to protest price increases and inflation. On Sunday, Rajasthan Chief Minister Ashok Gehlot tweeted, “Today is a historic day for Rajasthan as a national rally is being held in Jaipur to protest rising inflation caused by the Central government’s wrong policies, in which all senior party leaders, including the top Congress leadership, are participating.”