The man, identified as Peter M, says the picture of Mr. Narendra Modi on the Covid-19 vaccination certificate violates his fundamental rights; thus, he demands a new certificate. Mr. Peter M, 62, is a member of India’s main opposition Congress party and an activist for freedom of information.

In Kerala, southern India, the court will hear a petition next week from a disgruntled citizen who doesn’t want Prime Minister Narendra Modi’s photograph attached to his Covid-19 vaccination certificate.

On the phone from his Kottayam home, Mr. Peter said, “He is invading citizens’ privacy by placing his picture on my Covid-19 vaccine certificate. It is unconstitutional, and I urge the honourable prime minister to stop this wrong act immediately.”

He said it would be inappropriate in a democracy and would have no utility for anyone or any nation. 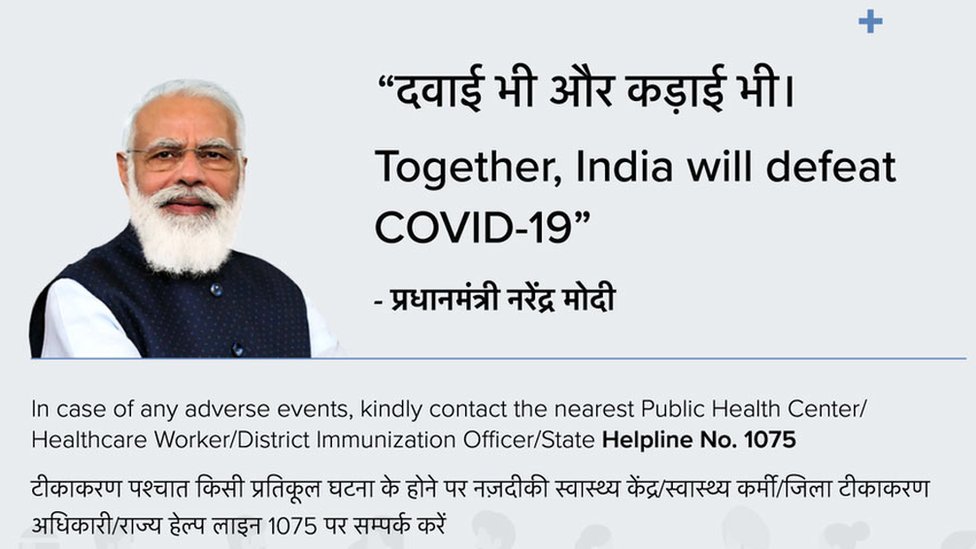 The Covid-19 vaccine certificates, which are issued by the Indian health ministry, display Mr. Modi’s photograph with two messages in English and local languages, along with his details.

The photo and quotes in the August report were included by junior health minister Bharati Pravin Pawar “in the larger public interest” – to encourage people to follow covid-19s after vaccination.

His view is that people who already know the vaccine are suitable for taking it, so the certificate is just a sermon.

In India, covid-19 vaccination certificates include a picture of Mr. Narendra Modi.

The campaign against Covid-19 and the vaccine program was portrayed as a one-person show, a propaganda tool for the prime minister.

The vaccine was free at government hospitals, but Peter M had to pay for the vaccine at a private hospital because “there was a long queue for appointments.”.

As for Mr. Modi’s photo, he asks, “I paid 750 rupees (ten dollars; seven pounds) per vaccine. Why should his photograph appear on my certificate?”

Two weeks are allocated to the state and federal governments by the Kerala High Court. Peter M’s petition was not discussed by two representatives of the Bharatiya Janata Party (BJP) of Mr. Modi. 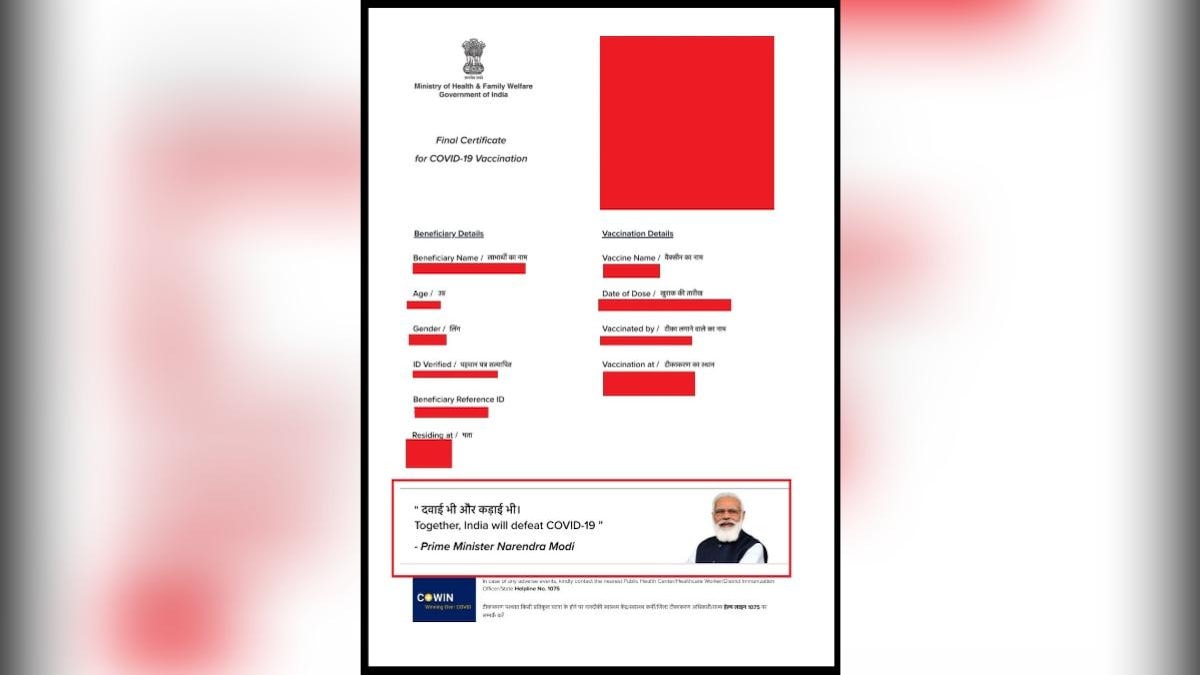 Politicians have also criticized the picture of the prime minister on the vaccination certificate. There have even been instances where states ruled by the opposition have replaced his photo with their chief ministers’ photos.

At a press conference, she said, “Suppose I am not your supporter… I don’t like you, but why do I have to take this on?” Why? Where is the freedom of the people?

Putting your photo on death certificates should be mandatory now since you made it compulsory for covid-19 certificates.

Those visiting India from abroad were also confused by the photo – Vice News reported that immigration officers, who had not seen Modi’s face before, had accused some travelers of fraud.

Peter M worries that if untouched, Mr. Modi will “next begin putting his photo on our children’s school and college certificates.”

Mr. Modi’s photo appears in places where it is not supposed to be. The Supreme Court recently halted the distribution of official court emails that carried the prime minister’s image.

The Covid-19 vaccine has been administered to nearly one billion people in India. 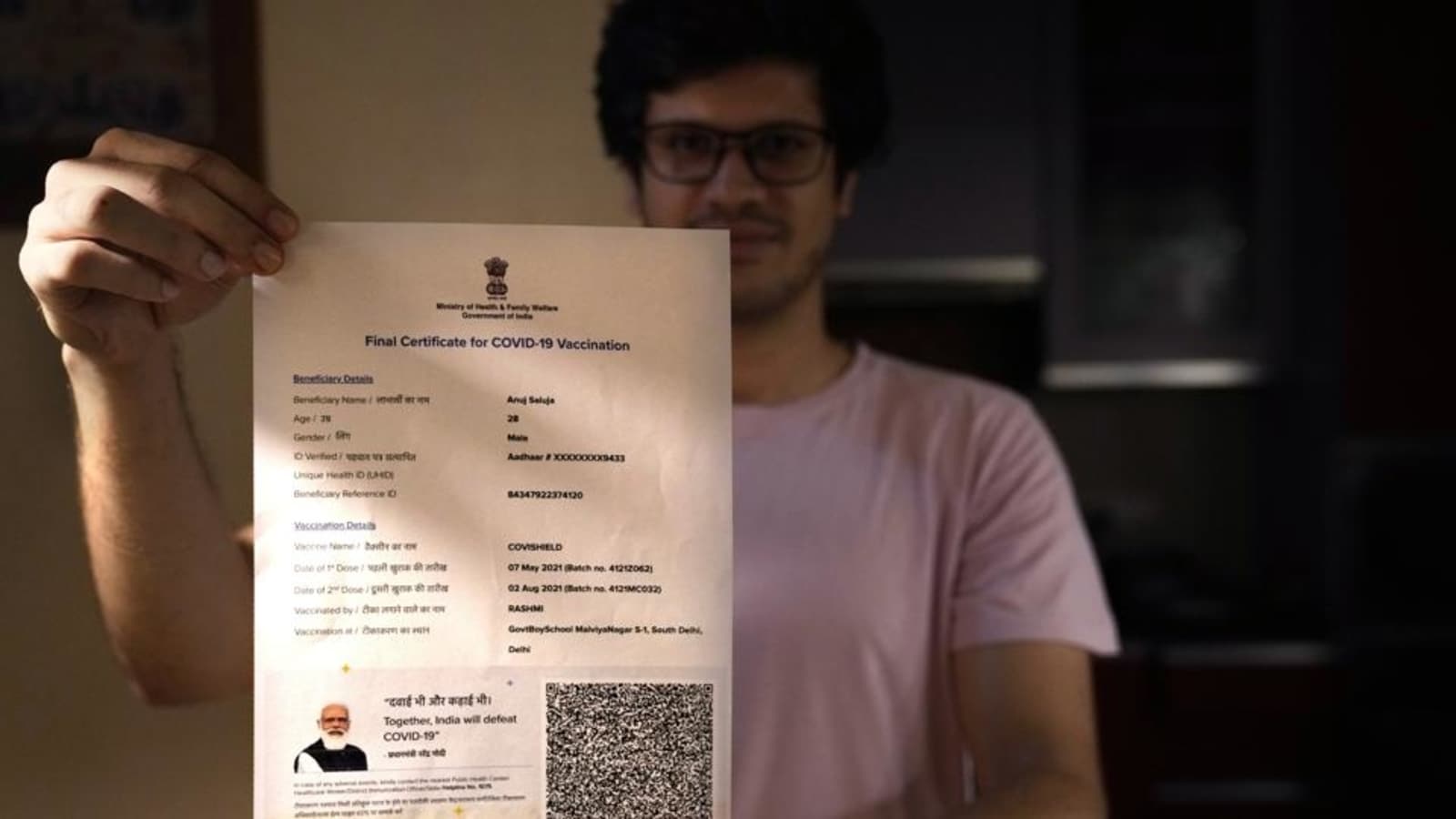 Prime Minister Harper is well known for his love of selfies and being photographed. Thousands of people attend his rallies across the country, and he has a massive following on social media.

The prime minister’s supporters believe that displaying his photo on vaccine certificates is not wrong since he is instantly recognizable.

Indian leaders have always been prone to self-glorification and, after the Gandhi-Nehru dynasty, criticized Congress for naming airports, colleges, awards, and welfare schemes.

Known for building statues of herself and promoting a personality cult, Mayawati is a Dalit icon and former chief minister of Uttar Pradesh state.

During her lifetime, Jayaram Jayalalitha adorned salt packets and food canteens in Tamil Nadu with her face.

Nilanjan Mukhopadhyay, a journalist and a biographer of Mr. Modi, says: “There is another level to Mr Modi’s self-obsession.” The pandemic has allowed Mr. Modi to promote his cult, Mukhopadhyay says.

“He tries to portray himself as the saviour of the people by putting his photo on the certificate, since [the vaccine] is the only protection available against Covid-19,” Mr. Mukhopadhyay said.

To earn the trust and faith of people, he must be seen as the human face of God. Only then can he earn their votes.”

According to image expert Dilip Cherian, the picture of the prime minister on the vaccine certificate blurs the lines between what is legitimate from the government’s perspective and what is fair from the party’s point of view.

A certificate is being weaponized to garner votes, according to him.

Having several vehicles, be it vaccine certificates or government documents, to carry the same message appears to focus.

Face-to-face familiarity is a significant plus, Mr. Cherian says, since the party and individual identities are merged today.

“Put his picture there is an effort to increase brand recognition by targeting individual voters.”

As Mr. Modi’s face is on the vaccine certificate, Peter M says that is the problem.

As a politician, he represents a party and fights elections, giving him an unfair advantage over his rivals. It needs to change.”

Increased use of Mental Health Apps during the Covid-19 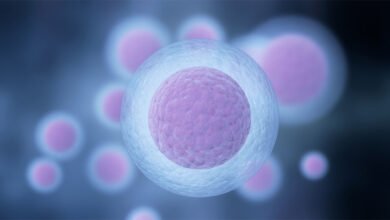