Every conversation happening around the country has been revolving around this legal battle between Delhi Metro and Reliance India limited. But this isn’t the first time this order has taken rounds, though this time might be the end of it. Let me trace it for you.

About 13 years ago, in 2008, Delhi Metro Rail Corporation had signed its first PPP agreement, entering into a contract with Anil Ambani promoted Delhi Airport Metro Express Pvt Ltd. The agreement was related to the design, installation, commissioning, operations and maintenance of the highly valuable public asset- the Delhi metro line.

The contract was in place of the construction of 22.7 km Airport Express Line, or as the people of Delhi refer to it- The Orange Line– running between New Delhi railway station and Dwarka Sector-21, through the Indira Gandhi International airport terminal 3. The commencement deadline was supposed to be before the 2010 commonwealth games, which, however, got postponed to 2011, with a total cost of about Rs 5,800 crore.

However, soon enough in 2012, the operations of the line came to a complete standstill. Now, Reliance Infrastructure’s Delhi Airport Metro Express Pvt Ltd was responsible for handling the running of the trains, who in turn alleged serious construction defects in the metro. These defects include 1,551 cracks in 367 girders, making up about 72 per cent of the total cracks.

Not only that, but the project had also been bearing losses by the time, with the actual ridership about half the expected number of 40,000 persons per day. This resulted in revenue loss in other areas too, including but not limited to advertising, space leasing, property development etc. 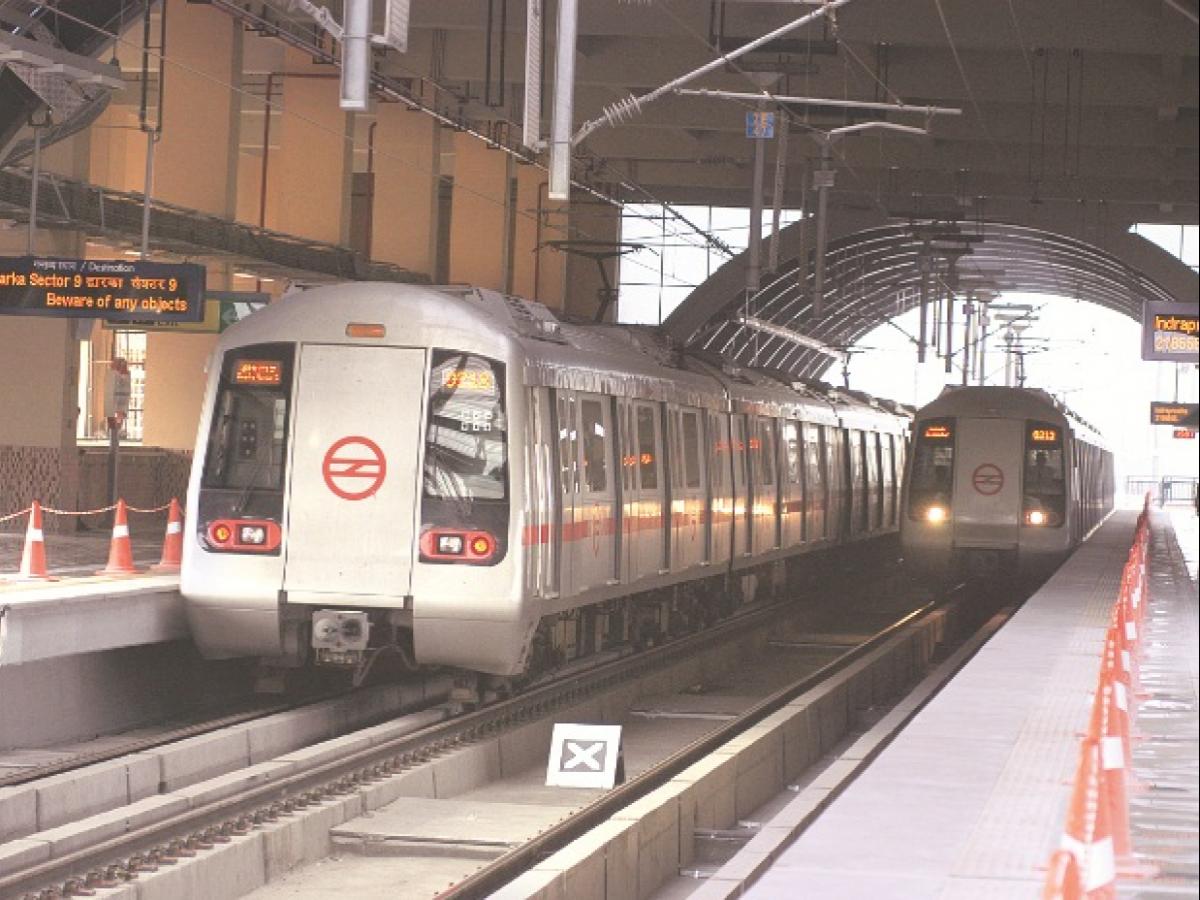 The exit of contract and the repercussions-

The issues cited include financial viability and failure in fulfilment of role on the part of the Delhi Metro Rail Corporation, leading the latter to dispute the notice and refer the matter for arbitration findings.

Did Delhi Airport Metro Express Pvt Ltd run operations while the findings were being confirmed? Well, it tried to, that’s what they say. In January 2013, Delhi Airport Metro Express Pvt Ltd re-started operations, only to shortly announce the inability in June. The project was then taken over by DMRC and has been functional since, with DMRC honouring the terms of the contract. It has been maintained that the DMRC has been able to generate sufficient revenues to run aboard from the operations.

The result of the arbitration tribunal-

In 2019, however, the Delhi High Court division bench had partly set aside the arbitral award as per the complaint of Delhi Metro Rail Corporation.

The arbitration was invoked by the latter on Delhi Airport Metro Express Pvt Ltd in light of the concession agreement. The concession agreement stated that the appointment of all civil workers, as well as consultants, land acquisition, and other authorizations, were to be approved and obtained by the DMRC, while the design, supply, installation, testing and commissioning of various systems like rolling stock, power supply, overhead equipment, signalling, track system, platform, screen doors, ventilation, architectural finishing etc. were to be provided by Delhi Airport Metro Express Pvt Ltd.

In the case of termination due to default on DMRC’s part, the DMRC shall pay “debt due, 130% of the adjusted equity; and Depreciated Value of the Project Assets, if any, acquired and installed on the Project after the the10th anniversary of the COD (commercial operations date, or date of opening)”.

Delhi Airport Metro Express Pvt Ltd, however, terminated the agreement on the ground that defects that were found in the construction were not corrected by DMRC in the scheduled deadline of 3 months. These defects were communicated to DRMC by Delhi Airport Metro Express Pvt Ltd after an apparent “detailed analysis” of the issues in the said project, and the steps to be taken for the rectification.

These defects include 1,551 cracks in 367 girders, making up about 72 per cent of the total cracks. This was, however, challenged by DMRC, and the Delhi government, who owns a 50 per cent stake in the social asset, demanding an investigation by the Central Bureau of Investigation regarding the huge losses borne by the exchequer. As mentioned, the preceding order was set aside by a single bench order of the Delhi High Court.

The Delhi government has maintained a rather critical stance since 2018, alleging that DMRC voluntarily distorted the agreement with Delhi Airport Metro Express Pvt Ltd. in the context of extending favour to the promoter, Reliance Infrastructure.

This is in reference to the report presented by the government advisory body head, Ashish Khetan, iterating that the provision of Total Project Cost that caps the termination liability of the government was removed by the DMRC, which, however, is a standard in Public-Private partnership agreements. “This willful omission of the Total Project Cost clause in the case of DAEML is one of the main reasons why the private concessionaire led by Anil Ambani Group has bagged such a large arbitral award, to the detriment of the exchequer,” the report said.

Doing away with the Total Project Cost clause also allowed the concessionaire to indulge in “Gold-Plating of costs”, which essentially means adding unnecessary features, beyond the scope of an agreement, to the tune of over Rs 500 crore, the report alleged.

This, if found true, outrightly reeks of an unfair financial advantage to the Delhi Airport Metro Express Pvt Ltd. However, both parties have refrained from commenting on the report and the allegations made since.

In a recent event, Supreme Court reversed this decision and upheld Delhi Airport Metro Express Pvt Ltd.’s arbitral award of Rs 2,782.33 crore against DMRC. The ruling was made by the bench of Justices L Nageswara Rao and S Ravindra Bhat. The SC said that courts, while dealing with applications filed under Section 34 of the Arbitration and Conciliation Act, 1996, “are mandated to strictly act in accordance with and within the confines of Section 34, refraining from appreciation or re-appreciation of matters of fact as well as law”.

The court said there is “no ambiguity in the findings of the Arbitral Tribunal regarding the time given for curing the defects and the effective date of termination of the Concession Agreement” and, therefore, it is “not in agreement with the findings of the Division Bench that there is an ambivalence in the award concerning the date of termination, having a bearing on the final outcome of the award”.

The SC also raised concerns about “a disturbing tendency of courts setting aside arbitral awards, after dissecting and reassessing factual aspects of the cases to come to a conclusion that the award needs intervention and, thereafter, dubbing the award to be vitiated by either perversity or patent illegality, apart from the other grounds available for annulment of the award”, and said, “this approach would lead to corrosion of the object of the 1996 Act and the endeavours made to preserve this object, which is minimal judicial interference with arbitral awards”.

The ruling added, “that apart, several judicial pronouncements of this Court would become a dead letter if arbitral awards are set aside by categorising them as perverse or patently illegal without appreciating the contours of the said expressions”.

I guess it would be safe to say that it was the end of this long-stretched legal battle between the two.

Most Promising Photography Apps in India 2021