Negotiating tax treaties between two nations can frequently help alleviate this double taxation issue. Double tax avoidance agreements (DTAAs), to put it simply, are tax treaties that have been struck between two or more nations to prevent taxpayers from paying double taxes on the same income. A Double Taxation Avoidance Agreement (DTAA) becomes relevant when a person is a resident of one country but generates income in another. 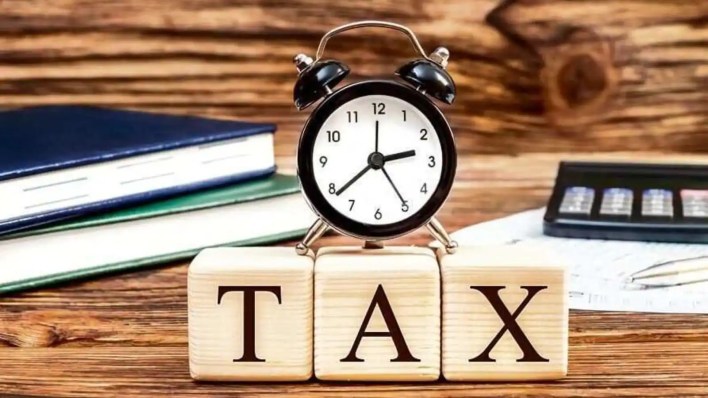 There has been an agreement between two nations that a person’s income should not be taxed twice: once in their place of origin and once in the country where they now live. Sections 90, 90A, and 91 of the Income Tax Act, 1961, specify the laws relating to double taxation avoidance agreements (DTAAs). To begin, it is vital to note that the fundamental goal of having a DTAA in place is to stimulate and attract foreign investment and expedite the interchange of products and services between the signing nations. The bilateral trade agreements between India and Malaysia, India and the United Arab Emirates, and most notably, the historic Indo-Singapore DTAA are examples.

The issue that emerges at this point is: why have bilateral trade agreements (DTAAs) proved to be opposed for the Indian government when considered in the context of the Significant Economic Presence (SEP) test? For the sake of simplicity, the SEP, while in compliance with the OECD’s Base Erosion and Profit Shifting (BEPS) Action Plan 1), allows the Indian government to tax the income generated by a non-resident based on its Business Connection (BC) in India, which establishes a nexus or physical connection between the SEP and the Indian government.

Some critics have expressed concern that tax collection in the digital economy could result in double taxation between various internet corporations. Companies will be plagued with tax assessments in a variety of jurisdictions as a result of this situation. Unfortunately, it is at this point that the difficulty begins to arise.

Through this event, the entire aim of double taxation is reduced to the redundancy level intended to achieve. By expanding the definition of “business link” to include the concept of a SEP, IT giants may be subjected to undue hardship due to two-fold taxes or double tax collection. This is because its Permanent Establishment (PE) may be located in one country. At the same time, its SEP operates in numerous nations, putting it in danger of being subjected to a double tax assessment by the various countries in which it conducts business. 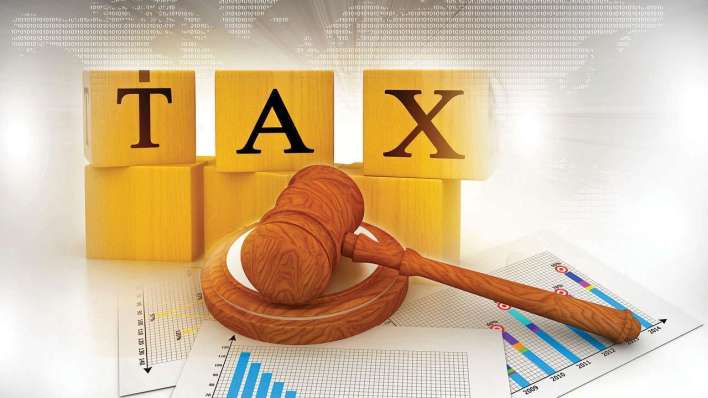 Research by the Organization for Economic Cooperation and Development (OECD) titled “Are the Current Treaty Rules for Taxing Business Profits Appropriate for E-Commerce?” discusses how we may define “permanent establishment” in the context of digital transactions. When a site, data, or software is hosted on a local server, it establishes a physical presence for its parent firm compared to a fixed location for a business endeavour in the traditional sense of the term. As long as specific additional requirements (for example, precedents established by court decisions) are met, this can logically be considered PE.

A possible justification for the draught Personal Data Protection (PDP) Bill’s recommendation to localize data servers is to ensure that an Indian resident who conducts an e-commerce transaction by utilizing services provided by a non-resident technology company anywhere in the world is subject to taxation.

At this moment, the Indian government’s approach to digital tax begins to evolve. Since the expansion of the scope of Business Connection to include a SEP test did not go as planned and started to cause difficulties with the ever-attractive DTAAs, the Indian tax authorities have opted to forgo the more traditional approaches to taxation in favour of other methods. However, on more than one occasion, the localization or storage of personal data such as credit card numbers on the server that the non-resident corporation employs has proven to be quite troublesome. 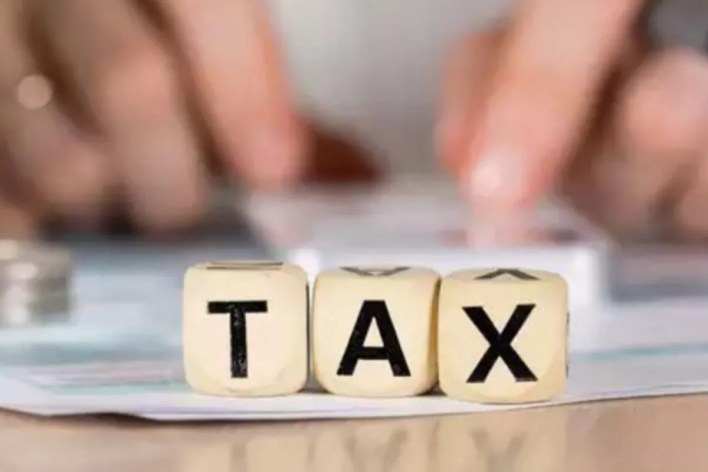 Starting with the rule that data held on localized servers be given over to Indian authorities, the PDP law violates a citizen’s fundamental right to privacy, as established in the case of KS Puttaswamy v. Union of India, which was decided in the Supreme Court of India in 2007. It is the first time that a Constitution Bench of nine judges has established the concepts of “informational privacy” and “right to regulate the dissemination of personal information” as distinct dimensions of the constitutional right to privacy.

The PDP as a whole, then, is in direct opposition to the constitutional privacy provisions established by Puttuswamy (above), which causes the situation to be so unclear. The People’s Democratic Party, in its current form, has undergone significant alterations from its initial version, which was proposed by retired Supreme Court judge Justice B. N. Srinivasan.

Srikrishna, who claimed that the new Bill was “a blank cheque to the state,” expressed his dissatisfaction with the legislation. With India’s digital economy expected to reach a stunning US$1 trillion in the next five to six years, it is only logical that the Indian government will want to collect money from this sector.

According to the PDP, the Central Government has access to personal and sensitive data created by its residents, and this data is classified as a national asset. Please take into consideration one’s profoundly personal data as a storehouse for everything that one is: one’s sum of one’s parts! However, much to the chagrin of opponents, the Central Government has been granted permission to keep sensitive information about residents to protect the country’s defence and strategic interests. 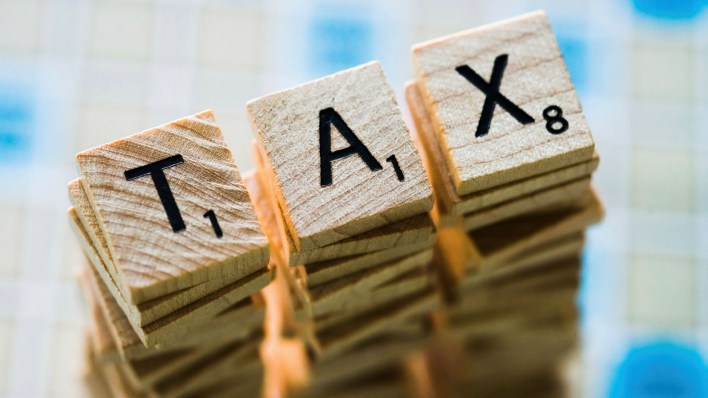 In addition to this, the PDP grants blanket immunity to the Central Government by exempting its agencies from the provisions of the Act on grounds such as protecting national interests, state security, public order, and India’s sovereignty and integrity. This is done under the pretext of protecting India’s sovereignty and integrity. According to Section 35 of the PDP, the state’s accountability is reduced to a redundancy.

A fundamental principle of public accountability is the necessity to control the misuse of power by the administration since such misuse is a breach of the confidence placed in the administration, which is that it would serve the best interests of its population. It is possible to see accountability in this context as the pivot of a system that revolves around maintaining checks and balances between the executive and the legislative.

Accountability is essential for enhancing the public’s confidence in the state’s capacity to deliver on its promises. The People’s Democratic Party (PDP) might readily be described as George Orwell’s worst nightmare for the simple reason that it both endorses and condemns the fundamental promise of openness ineffective governance.

As soon as the concept of Special Economic Policy (SEP) is included under the scope of Business Connection, the federal government would have a proper linkage under the Revenue Tax Act (ITA) to tax a non-business resident’s income accruing in India. From this perspective, the Government of India must amend its Double Taxation Avoidance Agreement (DTAA) to include E-business tax assessments. Although India has negotiated bilateral trade agreements with 88 nations, only 85 are now in effect.

In general, it is understood that bilateral trade agreements (DTAAs) are arranged with the primary goal of stimulating foreign investment in India by potential investors from the other signatory countries. The SEP problem would subordinate the purpose of double non-taxation (the fundamental basis on which the DTAA are constructed), diminishing the thrust of the DTAA (on which the global tech organizations are based), which India signed with other nations in the last several years. 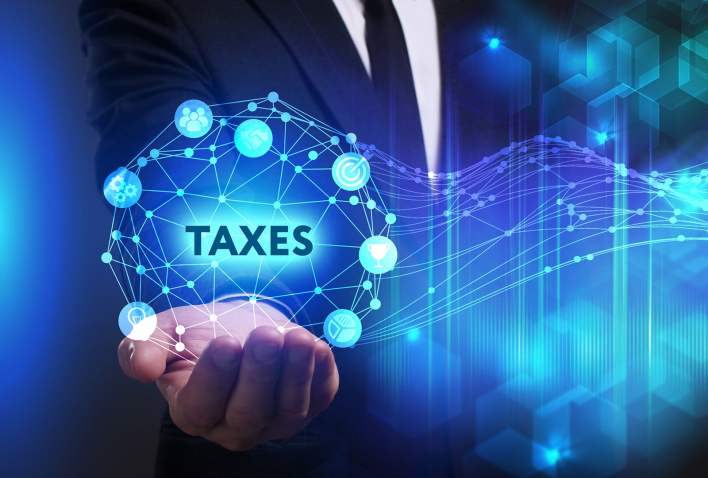 Attempts to restructure this double taxation agreement with each nation separately, considering the advantages and disadvantages of each treaty, may be made by the Indian government to solve the issue. Only until the other State party has acknowledged the inclusion of SEP in the bilateral treaty will it be integrated into the treaty. When the time term for this treaty has expired, the Indian government would have the option to impose E-trade tax collection on businesses doing business online.

See also  The Chairman Of Ousted Tata Sons Disappointed With The Apex Court Order In The Fight Against The Conglomerate Over His Ouster!

Before the imposition of any charge based on the SEP test by India, several firms would have a robust virtual presence in nations all over the world while maintaining their PE in a single country. Using the SEP test, such corporations will be unnecessarily obliged to pay tax on the same revenue in many countries, resulting in double taxation and so defeating the very objective of a DTAA.

The route forward is as follows:

It should be underlined that any policy to tax the digital economy cannot be implemented in a vacuum, so we must grasp what an Equalisation Levy is and how it works in practice. To tap into the money generated by the digital economy (as a result of its sizeable worldwide user base), the Indian Parliament passed the Finance Act, 2016, which included an “Equalization Levy” as part of the overall budget.

In essence, an equalization levy is a tariff that is not dependent on a person’s financial ability to pay. Furthermore, it is only applicable to non-resident corporations and their subsidiaries. It was initially charged at a flat rate of 6 per cent and was restricted to solely advertising services. It is possible to think of it in terms of a direct tax withheld at the moment of payment by the person who has received the services.

According to the Indian government, the equalization levy on all digital business providers’ income has increased to 6 per cent from 5 per cent. It is now possible to apply the adjustment previously applicable to online advertising services to any online trade or e-commerce conducted in India by organizations that do not have a “physical taxable presence” in the country. 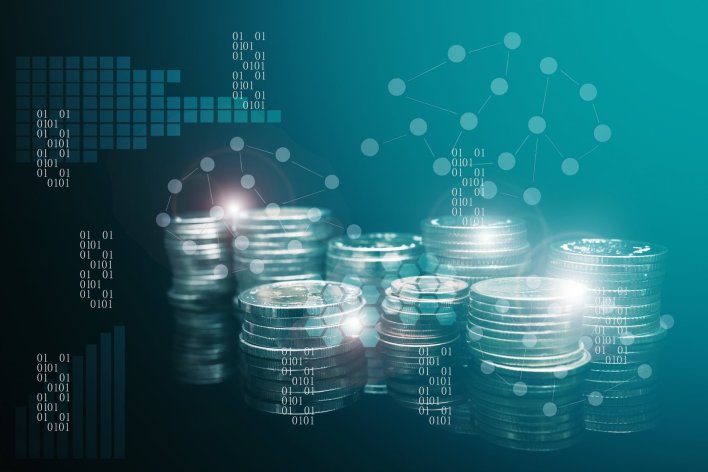 Finally, we must recognize that any tax policy must be constructed to be neutral. The equalization levy (paid by the Indian government at 6 per cent of the gross consideration) is discriminatory. In international commerce, the possibility of double taxation resulting from the SEP test can cause confusion and delays.

During the current pandemic, policymakers may well wish to revisit the problem in light of how digital taxes might damage the business models of enterprises delivering significant value throughout the world.

Given the road India has taken, the temptation to levy special taxes on IT firms when they are potentially more profitable than the rest of the world would be enormous, as will the political will to do so. The most appropriate digital taxes policy should be all-inclusive, complete, and impartial throughout time, rather than one that is selective.

Cyberattacks in India will take a new drastic turn in 2022

To an ITC case: From Ashneer vs BharatPe's board of directors to an ITC case. How can Shwetank Jain be in two hot soups at the same time?