The sudden emergence of the Covid-19 pandemic has shaken the roots of the economy sabotaging it from all directions. We all are well aware of the unprecedented crisis that Covid-19 has presented to the world and how it has ignited one of the worst jobs crises since the Great Depression. With restrictions in mobility and prolonged lockdowns, almost everyone was compelled to stay at their homes deteriorating the situation of the labour market which is in the worst condition since the pandemic has started. Low and falling labour participation rate and high unemployment rate symbolise a fall in the employment rate and a fall in absolute employment.

As evidenced by the CMIE data, unemployment rate shot up to around 24 per cent in first wave as soon as the lockdown was imposed. It then remained high for the month of April and May due to strict lockdown. However, with the ease in restrictions, it fell to a better level but it still remained significantly high throughout the pandemic.

State and sector-wise unemployment during Covid-19

As far as states are concerned, Haryana, Jharkhand, Bihar, all three being home of large number of migrant workers, were mostly affected with respect to employment and showed a significant increase in the unemployment rate during the first wave. Delhi being the centre of major daily-basis works, was also in the top 5 states of India showing high rates of unemployment.

Many  people lost their jobs with the bombing of pandemic on our lives. Millions of people people who had lost their jobs over April-May 2020 due to the Covid-19 still struggle for a job, even after months of unlocked India. Almost all the sectors of the labour market hit hard by the wave of corona virus, mostly affecting the migrant workers, who are most vulnerable and poor people of the society. The number of participants in the labour force fell drastically as compared to what it was before Covid-19 and with the falling labour force, employment rate also dropped.

The ease on lockdown brought the employment rate to 38 per cent in September 2020 but it was still lower than the pre-pandemic levels. The moment it came close to it’s initial level, the second wave again pulled it down from the ladder and it reached 36 per cent in April-May2021. Again, the reason of less contraction in second wave is due to nit strict lockdowns as compared to what we had in first wave.

Layoffs during Covid-19: from work to sitting at homes

Indian economy witnessed unprecedented turbulence in its labour market during the Covid-19 pandemic. The employment rate, the best summary indicator of the labour markets in India, demonstrates this weakness very well.

According to the data provided by the Centre for Monitoring Indian Economy, the employment rate fell to around 27% in March 2020. Between July 2020 and March 2021, the average employment rate was over around 37%.

The estimates given by CMIE state that over 122 million people lost their jobs in India in April 2020 itself, a huge proportion of the labour market participants. The average employment reduced from an estimated 404 million during 2019-20 to 396 million in March to 2020.

Being abundant in labour factor, with most of the labour being unskilled, the worst affected were the small traders and wage-labourers, who lost more than 90 million jobs in April 2020.

While the small traders and wage-labourers had the option to return to their jobs once lockdown restrictions were removed, the salaried workers found it difficult to get their jobs back. According to the data, 18 million business persons are estimated to have lost employment in April 2020. More or less, the unemployment rate remained high during the pandemic. 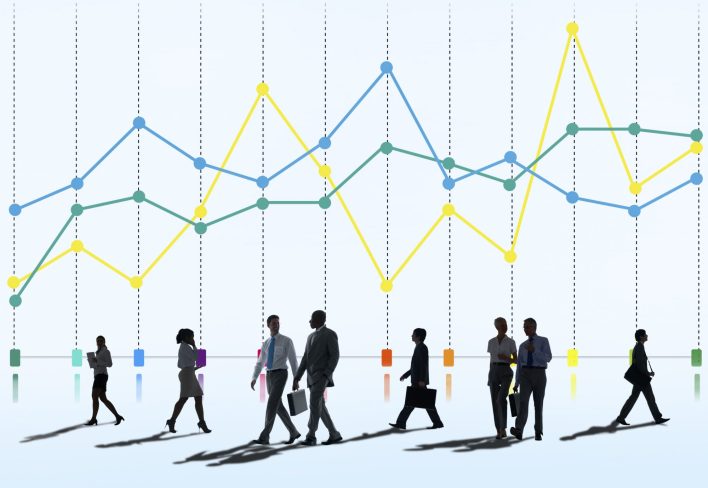 However, in the second wave, with fewer restrictions, the situation had a smaller impact on employment. According to the data, 10 million people lost their jobs. Around 36.8 million non-farmworkers have lost their jobs since January 2021. Out of this, 23.1 million are daily wage labourers, 8.5 million are salaried employees.

Reasons For the Layoffs by Firms

The unanticipated crisis in the world had a prodigious effect on everybody’s lives. In reaction to the economic uncertainty during Covid-19, employers had to go through temporary layoffs, and permanent vacancy closures, and many had to lose their jobs to covid.

This severely disrupted the labour markets and thus, has hit the economy disastrously. Let’s have a look at the possible explanations of the layoffs by the companies.

Covid-19 compelled us to live our lives from home, putting an immediate halt to all business activities, resulting in two primary consequences-

First, people altered their behaviour towards consumption and were more in the favour of savings due to a squeeze in their budget constraints. Owing to increased risk-aversion, consumption demand took a hit, both during and post-lockdown.

A 23.9% contraction in consumption expenditure in the April-June quarter of 2020, as per the data published by the Ministry of Statistics and Programme Implementation, supports this point. The situation has still not entirely improved, as evidenced through the latest data of the first quarter of FY’22 released by MOSPI, which shows the private final consumption expenditure of INR 17,83,611 crore, a level much lower than that of the pre-Covid levels.

Secondly, the production process was affected in several ways, on both the demand as well as supply side, due to the pandemic. With weaker demand, labour shortage, capacity under-utilisation, liquidity crunch, raw material shortage and supply chain disruptions, the production volume was negatively impacted. It became difficult for firms to manage their operations to keep their firms afloat due to affected turnover and fewer revenues generated and made them think about covering the expenses pertaining to the less revenue generated.

Companies tried to keep their firms afloat, which became difficult due to the sudden outburst of the corona virus, causing nationwide lockdowns and restrictions on mobility and aforementioned reason, forcing them to step to the road of layoffs to manage their costs and reorient their operations. A research poll by Guelph Chamber of Commerce with Gordon S. Lang, unveils that temporary layoff by firms were done as a management tool to cut costs and restructure the organisation.

With the shift from work in offices to work at home, companies reduced the headcount of their employees causing a load of extra work on the remaining employees by making them work for more than 12 hours. Due to reduced demand, companies fell short of revenues which resulted in salary cuts of employees and many of them had to see their jobs slipping out of their hands.

The Human Capital Survey conducted by Grant Thornton showed that 40 per cent of 16,700 respondents experienced a reduction in their pay. Not only this, incentives and other benefits were also frozen by the companies to reduce their cost. This overexploitation at reduced earnings and no social compensation induced workers to leave jobs, which resulted in high number of quits.

All countries had implemented necessary quarantine and social distancing guidelines to prevent the spread of the virus, which resulted in nationwide lockdown and restrictions in movements from one place to another, leading to the increase in layoffs of workers, especially the unorganised sector workers, who work on fields serving as day labourers, construction workers or domestic helpers.

Thousands of workers were left with no work. Workers who lack in industrial jobs have these services jobs as their only fallback option, which also shut its door during covid. The factories where these workers had given their sweat and hard work for years turned their back against them without any compensation. They had to plod home desperately and helplessly because of the sudden havoc.

See also  How to keep yourself safe from UPI frauds which are on the rise.

India has been witnessing a tough job environment for the last few years. The situation only worsened after the covid outbreak. Though after the first wave, economic activity gradually improved a little, the job market is still struggling. While some service sector workers moved to their farms again for their survival, salaried workers were left hopeless. It is because companies not only temporarily reduced their headcount of employees, but also reduced the number of vacancies permanently.

This is reflected in the significant rate of unemployment still persistent, despite the number of people participating in the labour market being reduced. Much less fewer jobs have been added in the market, and the layoffs that were deemed temporary once have now been converted into a more sustained phenomenon.

Ensuring that there are adequate jobs in the economy, for the people who were not the part of labour force before the pandemic and who still are actively striving for a job, is the first notch that could help alter the both employers and employees towards the labour market.

Government would have to pay an active role in subsidising firms, creating more public and informal sector work positions. More employment opportunities could be created under Rural as well as Urban MNREGA, which would assist the most vulnerable people.

The government could also use a short-time working scheme adopted by various other countries like the UK, Germany which would not only secure their jobs but also support the workers through a regular source of income.

2.Introduction and implementation in labour-centric policies:

One primary reason that people are willing to do jobs, especially in the younger population and urban section is job security. The layoffs and salary cuts induced in the pandemic proved that security was no longer an advantage of jobs, and neither were the fixed hours once they were forced to work for 12 hours with reduced salaries.

Introduction and stringent implementation of labour-centric policies that restrict firms from cutting a fixed proportion of salaries during contingencies, or from firing more than a fixed proportion of people, could help get that sense of security back. Getting people to want to look for work is the first step, and a rather critical one in the country’s labor-intensive endowment.

By bolstering labour protection through provision of social security and unemployment benefits to the labour force and increased uniform minimum wages for low paying jobs, the could thereby reduce risk and fear of people and influence them to participate actively in the labour and consumption market, both of which would help improve production conditions.

Federal Reserve’s stance on monetary policy and how are Indian markets responding to it? - sensex crossing a huge 60k mark