Federal Reserve’s Monetary Policy: Indian stock market is booming with exuberance, as reflected in Sensex just crossing the 60,000 mark, pre-open on Friday, September 25. While this day is going down in history books for its unprecedented record, the reason behind it in itself is one worth mentioning in the books. Well, there are a number of variables leading to this feat, one of the recent international events that took place earlier this Wednesday brought along the required spur- namely, the Federal Reserve’s meeting and the statement that came forth afterwards.

Before I dive right into the details of the statement and make my way into the path for the near future, allow me to trace for you why the stakes were so high on this one. Before the said meeting, the result of whom brought along cheer in the world markets, there had been severe speculations about the Federal Reserve’s supposed stance on interest and the probable tapering that some analysts were expecting, through the Central Banks’ bond-purchase program. Even though I’m going to stay short on the debate about quantitative easing this time around, I would just like to mention the 2013 Taper Tantrum and jog your memory as to why these speculations brought about worry in market participants.

Jerome Powell, the Chair of the United States Federal Reserve, in a recent statement reiterated that the United States Central Bank would maintain an “accommodative stance” until inflation and employment targets are met, meaning that the tapering would be gradual and spread into the middle of next year, leaving behind the liquidity space for the rest of this security markets’ lucky year.

This has brought comfort to market participants in all senses and notions, with the 958 points jump in the Sensex at the Bombay Stock Exchange on Thursday, with a record opening of 60,000 on Friday. The broader Nifty at the National Stock Exchange rose by 1.57 per cent, to close at 17,882. Note also that these record-high numbers come after the tremors of worries of Evergrande’s default on debt repayment was observed.

An explanation of the Federal Reserve’s stance-

According to the statement released by the Federal Reserve, the Central Bank aims to maintain the stance till the targets for inflation and employment are met, which analysts predict would extend at least beyond the end of this year. The bank maintains that its accommodative policy would persist till inflation has risen to 2 per cent, and is on track to moderately exceed the said per cent for some time. This comes after the committee responsible for the country’s monetary policy, the Federal Open Market Committee decided to keep the target rate for the federal funds at 0 to ¼ per cent. 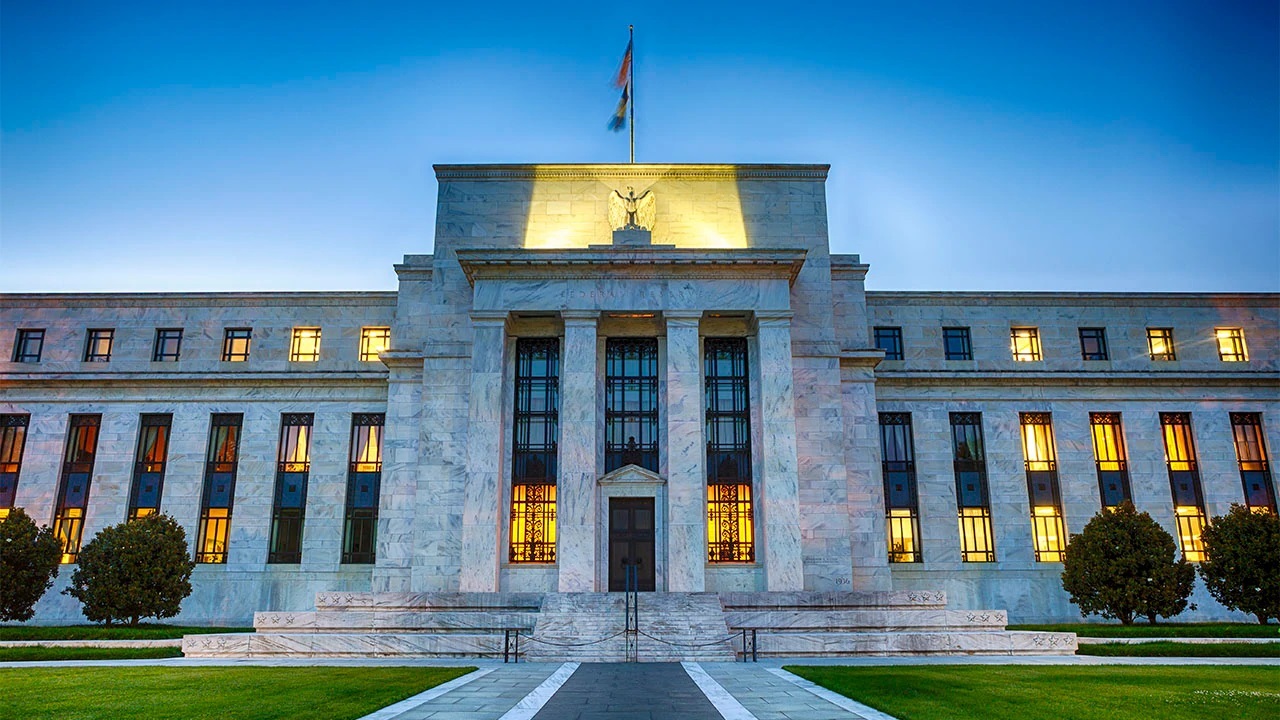 This target bracket, as the Federal Open Market Committee expressed, would be appropriate for the time being, till the employment conditions, which just underwent a fundamental shift during the pandemic, has reached levels consistent with the Federal Open Market Committee’s assessments of maximum employment, and the inflation targets have been met.

How about the infusion of liquidity? Where does the Fed stand on that?

Infusion of liquidity, as expressed by the Federal Reserve, is contingent on the progress in the economy. Analysts have expressed that the progress in the economy would continue, meaning that the pace of asset purchases would be moderated. Federal Reserve has said in the statement that the moderation in the pace of asset purchases may soon be warranted, with market expectations revolving around this November.

If the tapering process begins by November, the markets would witness a slowdown in the flow of liquidity. On the account of the maintained accommodative stance of monetary policy and infusion of liquidity all around the world, advanced economies have grown into stability.

The consequent increase in the equity markets, both in India and the world, has been the aftermath of the very phenomenon only. Even though this growth in the equity markets is a reflection of unequal economic growth, especially in developing countries like India where overall economic balance has been utterly disturbed, the overall growth has been taken with the utmost optimism.

A slowdown in the bond-buying programme, or precisely the inclusion of liquidity, the availability of money in the market would reduce, and thus, so would their diversion in the securities market, gradual normalcy in the vibrant bubbling market.

Implications of the Federal Reserve’s decision- As per reports that have been released since the said announcement, it is believed that asset purchases could potentially decline by USD 15 billion per month, the slow start to the supposed slowdown of money infusion. If the asset purchases end by the middle of next year, the Federal Reserve declared the decision of increasing interest rates in 2023 would fall right on the timeline.

The updated Summary of Economic Projections now implies three rate hikes by 25 basis points in 2023, and the Fed is split over delivering the first increase in 2022, how events actually unfold, however, would be seen through further communication by the Fed. This time, particularly, the Federal Reserve has made it a point to be transparent with their schedule for the interest hikes, to save the world from anything even close to the 2013 unfurling of the drama of taper tantrum.

Inflation of over 2% is firmly signalled for the entire forecast horizon that had been extended until 2024. “We expect the Federal Reserve to act on the dovish side of the median of the new projection, as Chairman Powell most likely favours hiking rates in 2023. The more hawkish outcome of the FOMC meeting is seen as a sign of strength that the US economic recovery and reflation of the economy is on the right path. The indicated more aggressive interest-rate path is supportive for the US dollar in the short term,” David Kohl, chief economist at Julius Baer, said.

As for India’s monetary policies, it is expected that they would be in line with the US tapering decision. Given that the schedule is updated and informed well in advance, it is unlikely that foreign investors would suddenly leave the Indian market once the tapering begins.

The background behind the explicit rise in the markets on Thursday-

As explained before with respect to the Fed’s stance for the monetary policy in the short run and the implied rate of interest, market participants derived comfort, as opposed to the concerns booming about the speculations. It is because the fact that interest hikes are still a little far is good news for the Indian equity markets. Here’s how-

Low interest rates are directly proportional to the flow of money in the economy, and this liquidity is ensuring the continued flow of funds in the Indian equity markets from foreign portfolio investors. Foreign portfolio investor inflows into Indian equities amounted to Rs 2,083 crore in August; it has risen sharply in September and stood at a net of Rs 12,921 crore on Thursday.

If the Federal Bank stays adamant on its call for target achievement in inflation and employment, there could be well 12-15 months till the interest rate hikes. “The comfort came from Fed’s indication that tapering will not be sudden when it starts in November and will continue till June 2022, and also from the fact that the committee has laid down stringent conditions for a rate hike. I think that the rate hike will only start towards the end of the Calendar year 2022,” said Pankaj Pandey, head of research, ICICIdirect.com.

What is the current direction of Indian markets? Where are we headed? Even though contingency on international growth factors is maintained and observed, there’s no denial that domestic factors also significantly contribute to the proposed direction of the stock markets. These include the pace of vaccination, economic mobility and improvement in the consumption demand as we go forward. 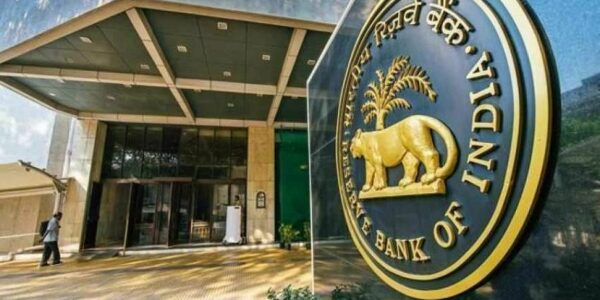 Even though the pace of consumption, as reflected by the private final consumption expenditure of the country, has not really been in line with economic recovery, it is expected to pick speed closer to Diwali, if however, the third wave stays mitigated. While markets are expected to remain strong, it is important to note that high valuations will keep participants on the edge, and any adverse news may lead to sharp reactions.

“This bull market has been an almost one-way street for almost 18 months now. More importantly, this is almost a global phenomenon with China, Hong Kong, and a few other countries being the only exceptions,” V K Vijayakumar, chief investment strategist at Geojit Financial Services, said.

A summarisation of employment in India during the Covid-19 pandemic crisis: The deadly state of India's labour market