Due to a variety of causes, there is a global scarcity of edible oils, which is expected to keep prices stable.

Food Secretary Sudhanshu Pandey said on Friday that rising edible oil prices are anticipated to decrease by December as international commodity futures show a decreasing trend and local oilseed crops arrive. However, he stated that the government will be unable to drop import duties more in order to lower costs since it needed to supplement its own resources, which are also affected by COVID.

Retail prices of key edible oils have climbed by up to 48% in the previous year, owing to rising worldwide costs and decreased local soybean output, India’s largest oilseed crop. Mr. Pandey, on the other hand, is confident that the peak has passed.

Due to a global supply shortfall, prices are projected to remain stable at least through the end of the year, putting a strain on Indian consumers’ wallets.

One of the causes for the rise in worldwide prices, according to officials, is China’s excessive purchasing of edible oil. Another factor is that many big oil producers are pushing biofuel policies vigorously and redirecting their edible oil crops to this end.

This comprises palm oil from Malaysia and Indonesia, as well as soybean from the United States, the two types of oil that account for half of India’s domestic use.

“We don’t anticipate any edible oil price relief for India in the near future,” said Govindbhai G Patel, founder of GGN Research and a veteran of the edible oil business. Things aren’t looking good for the festival season in Malaysia, where crude palm prices have risen to an all-time high, with others like soyabean following suit.

Aside from that, “China is importing a lot of palm and soyabean oil,” Patel added.

The two major producers of palm oil in the world are Malaysia and Indonesia. Plantation workers from neighbouring countries such as Myanmar and Indonesia have not gone home because of the Covid epidemic, resulting in a labour crisis in Malaysia.

As crude prices have increased in recent weeks, reaching $80 per barrel earlier this week, Indonesia is expanding its usage of palm for biodiesel. China is importing more palm and soyabean oil as a result of the power outages in major provinces such as Jiangsu, which have impacted the oilseed crushing sector. 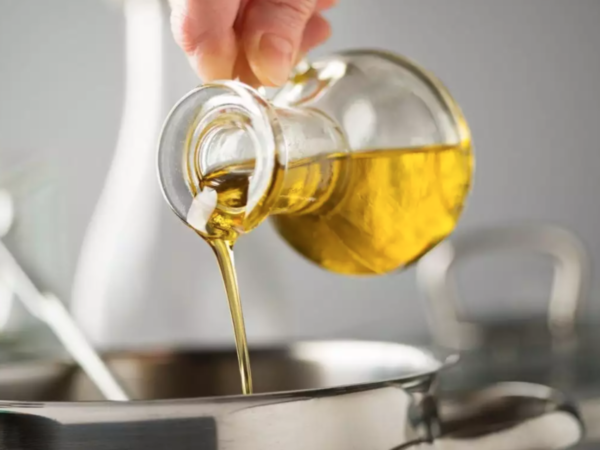 Year on year, prices have risen from 14 (groundnut) to 66 (rapeseed) per kilogramme. In comparison to September, rates have increased by 10% to 58 percent.

There is no effect from the tariff reduction on growing prices.

“Despite the Centre lowering import tariffs twice this year, the pattern shows that India has gained nothing,” said Davish Jain, Chairman of the Soyabean Processors Association of India. Jain added that while the Centre has lost income due to the worldwide shortfall of edible oil supply, buyers have not benefited from the tariff reduction.

According to Mehta, prices are anticipated to remain stable because biodiesel accounts for at least 20% of all vegetable oils produced globally.

According to the SEA official, one good effect of rising prices is that oilseed growers will benefit. Patel agreed with the viewpoint, claiming that they would profit.

Soybean prices, in particular, had risen substantially early this year, according to Jain, and may not return to that level in the near future. As arrivals rise, the market may stay at the same level or perhaps fall somewhat,” he noted.

MSP is higher in oil

Soybean December futures on the NCDEX were ruled at $5,629 a quintal on Thursday, down 106 from Wednesday. Soybean was ranked 5,787 in Indore (Madhya Pradesh), 6,252 in Kota (Rajasthan), and 6,020 in Nagpur, according to NCDEX statistics (Maharashtra). These prices are in comparison to this year’s minimum support price of $3,950 per quintal.

Despite the fact that the fresh soyabean crop has begun to arrive, Patel believes that due to this year’s unpredictable rainfall, arrivals will peak around December. Soybean and groundnut harvests are considerably stronger this year than last year, according to Patel and Mehta, and production might be greater.