Evergrande News: Well, it looks like the global curse that we began the last year with doesn’t really seem to loosen its grip on the world, for the world is gearing up for yet another crisis and we’re all just looking at it with eyes wide open, waiting for events to take their turn. Why is it being referred to as a global crisis, you ask? Well, you’ll realize by the end of this discussion. 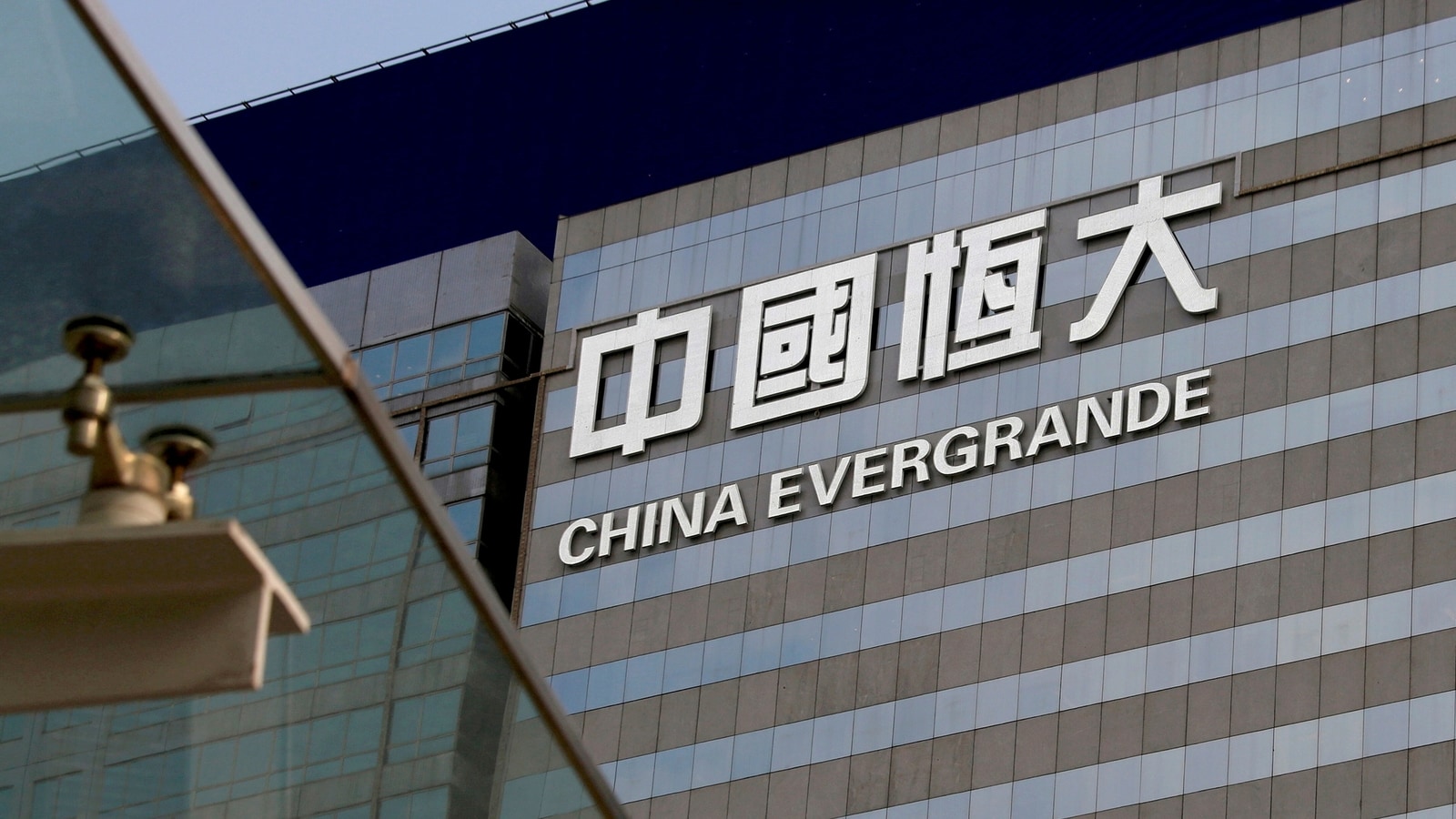 For now, let me keep your attention to the title that so interestingly compares one of the most devastating crises in global history with the recent advancement of events. Well, we have been a consistent audience to some severe global crises, haven’t we?

Be it the 2008 global financial crisis, the following sub-prime meltdown, the 2013 taper tantrum, or the still shadowing COVID-19 outbreak. So, if this could be another approaching crisis, we better be ready to talk about it because as yet, we’ve learnt better than to just sit around. I guess this scepticism is what these global instances land you to, right?

Before we move ahead and answer the question posed in the title, let’s take a moment to discuss both of these events to completely understand how grave the situation is.

The situation with Evergrande-

Every participant of the securities market has heard this name looming around in headlines time and again because Evergrande is easily one of the biggest names in China, along with a very renowned position holder in the world.

The company was started in 1996 as a seller of bottled water, which was quickly followed by a stint in pig farming. Currently, Evergrande owns the topmost professional soccer team of China, Guangzhou Football Club, managed by former Real Madrid centre back Fabio Cannavaro, and has been the face of the country’s real estate boom, emerging as the hero of the post-pandemic Chinese economic expansion.

Reports suggest that Evergrande’s growth rode on the sustained property prices surge in China that allowed it to expand into more than 250 Chinese cities selling home-ownership dreams to the country’s recently endowed middle class.

But, well, the other side of this shining coin is a little too grim, with the company being the country’s most indebted developer. These plummeting financials are evident of the company’s rather unsuccessful attempt to raise funds to pay its many lenders, suppliers and investors. 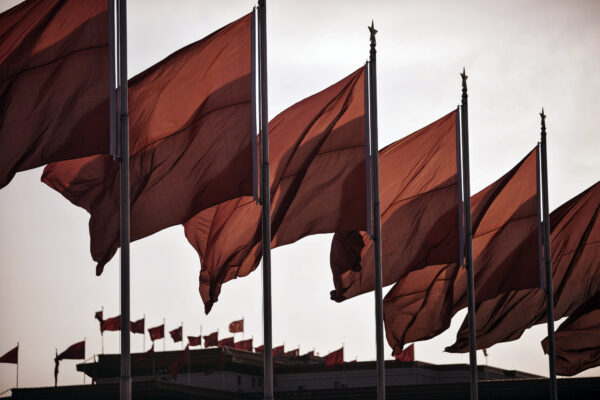 Regulators are sceptic that the company’s USD 305 Billion liabilities could send instability waves in the country’s financial system, as well as the real estate sector, and has the potential to turn into a global contagion if not stabilized immediately.

The Lehman brothers’ moment and its comparison with the Evergrande situation-

Let’s begin by discussing the story of the Lehman brothers’ collapse and how it became a nightmare for the world.

Lehman was in the market as an investment banking, private banking, trading, investment management, research, private equity, brokerage, and associated services for about 158 years, before going bankrupt as the fourth largest investment bank in the United States, leading to what we now refer to as the subprime crisis.

The corresponding global financial crisis has been written in history books with the golden letter because it brought along the largest tremors around the globe, some like the Indian markets still haven’t recovered from.

The wall street drama unfurled in complete action as the crisis went down. As an aftermath of the subprime meltdown, the world witnessed the collapse of Lehman Brothers, the triggers which were caused by the mortgage brokers and investment firms that offered loans to people traditionally seen as high-risk, as well as credit agencies that proved overly optimistic about non-traditional loans.

The Subprime meltdown was the biggest in history housing bubble burst in the United States that led to a series of bankruptcies in the country and failure in the country’s banks, paving its way into the global financial crisis, one of the worst in the history of the world.

Lehman brothers was not the only bank pushed to the brim of bankruptcy, since mortgage defaults were at their peak in the said period of 2008-09, causing a domino of bank failures. Some ran out of operation, like the Lehman brothers, while some were acquired by others to be saved at the last resort.

The deal with Lehman Brothers has simply been the fact that it had been in operation for about 150 years, and was the fourth largest bank in the country.

This rang as an alarming bell in the investors’ ears, who tried to pull out of the market as soon as they could, given the federal government had just led Lehman Brothers cripple into the ground.

As more investors tried to pull money out of banks and investment firms, those institutions began to suffer as well. Although the subprime meltdown began with the housing market, the shockwaves led to the financial crisis, the Great Recession, and massive sell-offs in the markets.

This escalation gave us one of the biggest lessons in history, and while we may not claim its advance anytime soon, we wouldn’t be too sure of its absence.

What escalated the Evergrande crisis?

Even though the problem had been there for quite a while, there have been two primary triggers that sped up the crisis at Evergrande.

First, the Chinese regulators kicked off a probe into the high borrowings of the property developers. This came in as a repercussion of the widespread crackdown on sectors such as digital education and the economy in the country.

In an attempt to counter the problem, Evergrande tried to sell off some of its business, only to be met with failure. This is because of the second reason of the escalation of the crisis, for the progressive slowdown of the country’s property market and thus, the resultant crunch in cash flows. 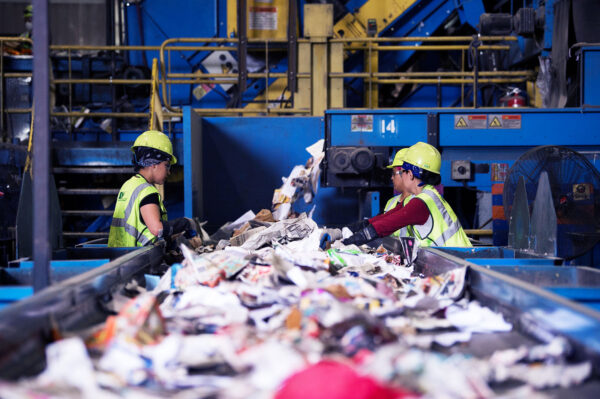 These parameters worsened the cash crunch at Evergrande, forcing the situation into the crisis being witnessed today.

With USD 300 billion of liabilities under its name, the company has been struggling to keep us pits credit rating and share price, which lately, hasn’t been in much favor of the company. It is faced with nearly 800 unfinished residential buildings, many unpaid suppliers and over a million homebuyers who have partially paid for their properties.

How are the markets responding?

“The stock will continue to fall, because there’s not yet a solution that appears to be helping the company to ease its liquidity stress, and there are still so many uncertainties about what the company will do in case of a restructuring,” said Kington Lin, managing director of Asset Management Department at Canfield Securities Limited.

Lin further said, “Evergrande’s share price could fall to below HK$1 if the company is forced to sell most of its assets in a restructuring.”

Is this the sound of a warning bell? Can the Evergrande crisis trigger systemic risk?

The more relevant way to answer this question would be to assess the impact that this crisis would have on the Chinese economy. It is because China’s economy lands in a fragile position post this event, the entire world could face a certain degree of instability too, given the importance that China has acquired in the global economic recovery post-Covid-19 pandemic.

This was as the aftermath of their quick control of the spread of the virus, as well as stabilized economic pattern despite the lockdowns, at a time when even the most advanced countries had entered into economic slowdowns. Their effective emergence as the key driver of the global commodities upcycles, as well as the acquisition of a key position in international trade recovery.

This is exactly why we talked about the Lehman crash because the positioning of China in today’s world is absurdly similar to that of the United States back then, meaning a crash in China’s economy would significantly bring along a more systemic risk for the world too.

So, how much at risk is the Chinese economy?

Well, experts believe that China’s extended property boom that started in the mid-1990s has now ensured that nearly three-quarters of the country’s household wealth is locked up in housing.

This means that if they were to witness a collapse in the country’s largest real estate company, it wouldn’t be too far-fetched to presume a knock-on effect on the real estate market, and thus, the entire economy. A potential series of growth impediments could be well under way, with a significant domino effect on the global commodities and financial markets.

The concerns are not limited to Evergrande, since Huarong, a Chinese state-owned financial conglomerate also has liabilities of nearly $240 billion. Huarong is reported to be in trouble as well, escalating the perception of a wider systemic crisis in China.

Would the Communist party get in action its backstop mechanism and restrict the conglomerate crisis before it ripples into something worse? We certainly hope so.

Up your casino game: Top 5 Ways To Be Secure While Dealing In Casinos